Yorkshireman full and half marathon 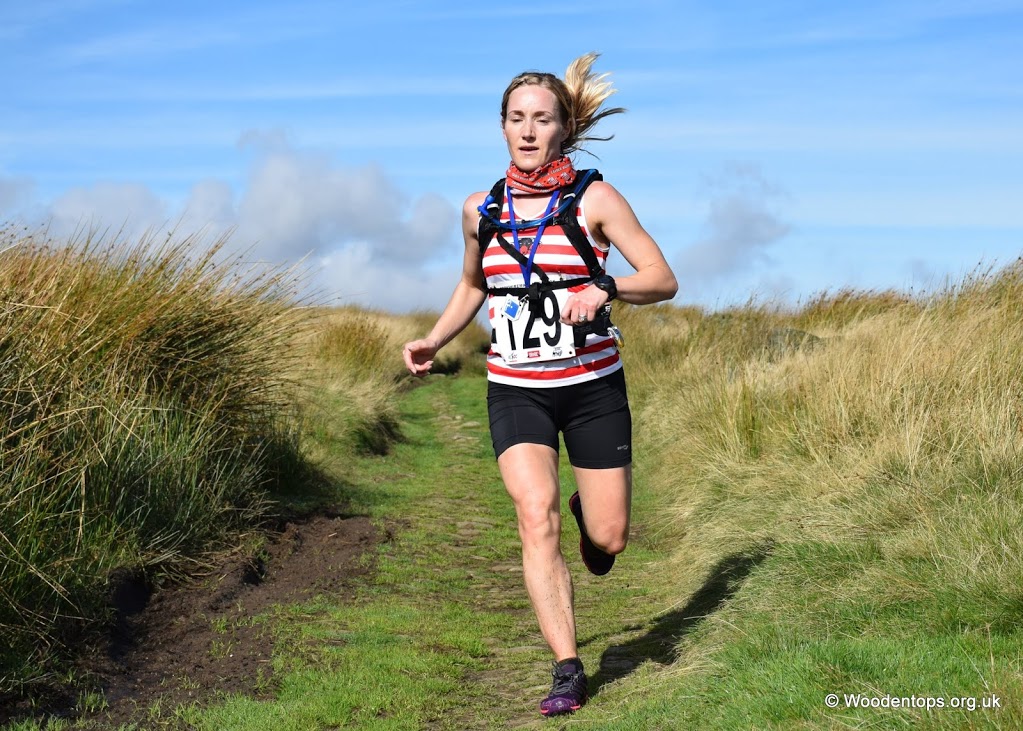 Lucy Collins with the Yorkshireman Marathon 2016

Calder Valley had a fantastic turn out at this year’s Yorkshireman full and half marathons, which take the competitors across the tracks and heather of the hills around Haworth in a race very different from the more conventional road runs associated with these distances. 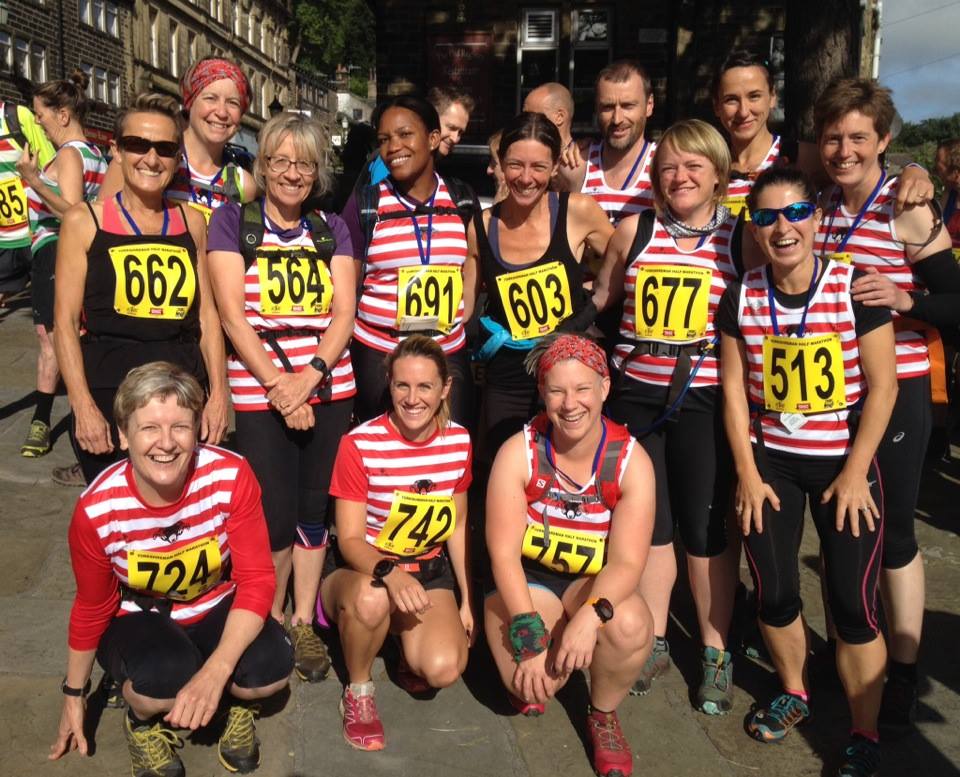 In the full marathon route, which includes a kilometre of ascent, Lucy Collins had a storming run, finishing as first lady and seventh overall in a time of three hours and fifty four minutes – a very impressive run, particularly given the terrain, a field of 148 and the high calibre of runners the race attracts. Kevin Hoult, one of Calder’s best ultra runners, had an excellent run too, finishing in second place in a time of 3 hours and 32 minutes, just three and half minutes behind the race winner, Kevin Doyle from Kimberworth Striders. 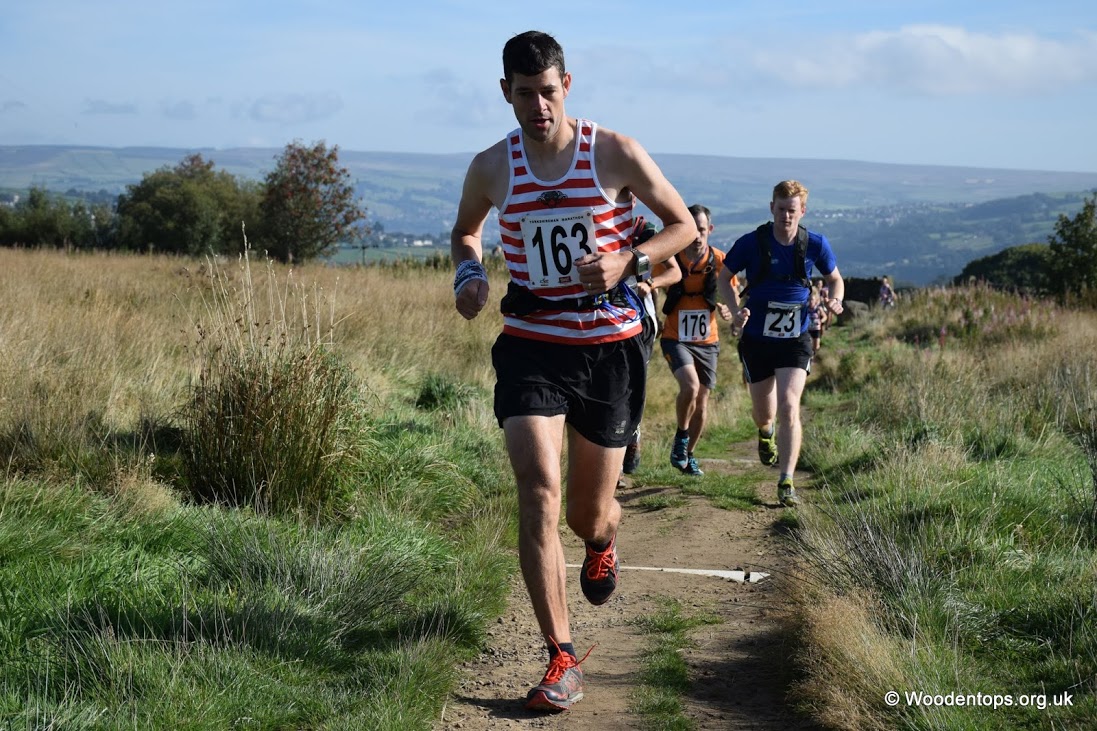 Lucy’s win came despite not being at peak fitness. “I’ve been running on an injury since April,” she said, “and I could tell I hadn’t done my usually marathon training, hence my time was seven minutes slower than my previous effort on that course. But I was very pleased with how it went and a happy girl to be bringing that shield home for Calder!”

In the Yorkshireman half marathon – no small run given it takes place off-road and includes 650 metres of ascent – there were 23 runners from Calder Valley in the field of 279, many who are new to the club and ran the race for the first time.

Part of Calder Valley’s club championships, 10 Calder runners were part of the 87 strong field at the Hodder Valley Show fell race, a tough six mile out-and-back race across some steep hills and rough moorland in the Trough of Bowland. It was the final ‘medium’ length race in the club’s championship, and so the competition was on.

Calder Valley’s women’s captain, Helen Buchan, was first lady, coming in over a minute ahead of the second lady. In the men’s race, meanwhile, Jon Smith finished in an excellent fourth place in just over 56 minutes. He has been vying with Mark O’Connor for the top spot in the club champs, and the win at Hodder Valley will be a welcome boon. Mark Wharton has been running well and was second Calder runner home, taking 18th place.

“It was a really fast start,” said Helen following the race, “but I just tried to hold back as there was a steep, lung-busting climb after the first field. I could see two ladies ahead of me on the climb, so I just tapped it out, pulling into second by the top. I stayed behind until we hit the next climb, where I pulled in front. When we turned at the trig point, the second, third and fourth placed ladies were all together, about 20 seconds behind me, so I set off on the descent like a woman possessed. I needn’t have worried though as I won by over a minute.”

Four Calder Valley runners took part in the Lake District Mountain Trial. With it’s 64 year history, the race is among the most prestigious events in the fell running calendar, with an entry list that reads like a who’s who of long-distance mountain runners.

It is a true test of mountain running endurance, navigational ability and self reliance, with the runners setting off at 2 minute intervals and being given a map of the controls to visit as they start. This year’s route was 24 miles from the Duddon valley over the Coniston mountains and as far as the Pike of Blisco for more than 2500 metres of ascent and descent.

The full trial was won this year in 4 hours and 59 minutes by Neil Talbot, a young runner from Ambleside who looks set to be a dominating force in the ultra long fell races over the coming years. 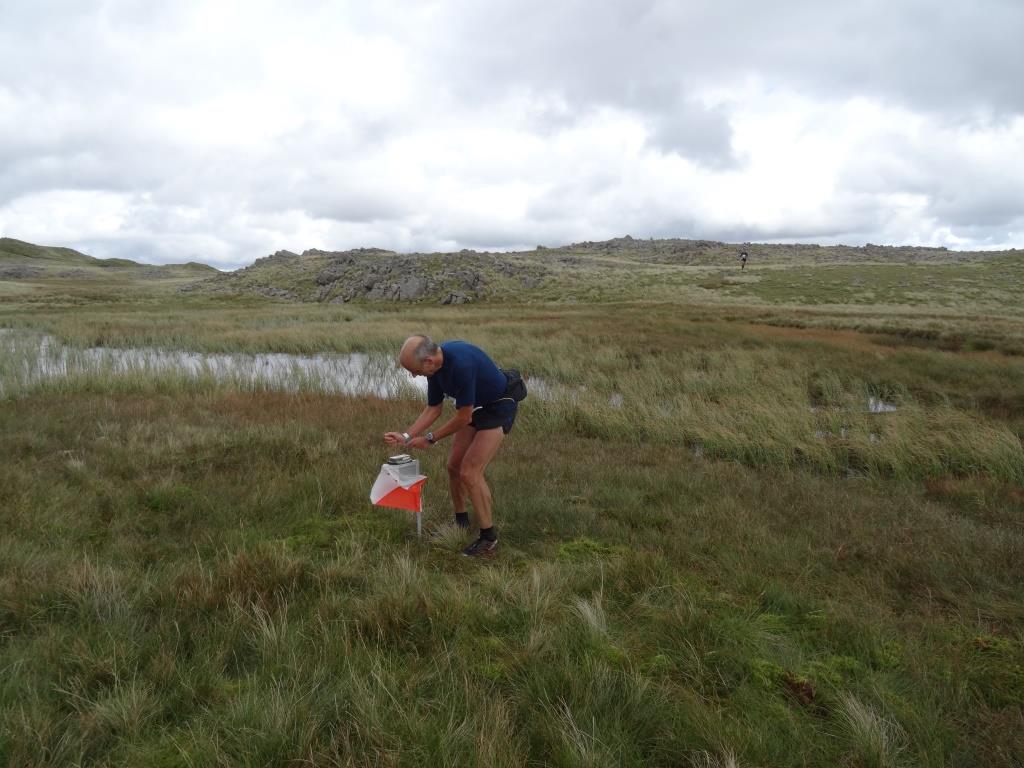 Bill Johnson was first back from Calder Valley, finishing in 18th place, ahead of some very strong runners, in 6 hours, 12 minutes. Jon Underwood, who is making his way back to fitness, completed in 38th place. As well as the full trial, there are medium and short routes. Andy Thorpe, in his first Mountain Trial, was first vet and 6th overall on the medium route, and Jeremy Wilkinson was 12th on the short route