The Merrick Hill Race was held last Saturday, the last race in the 2016 British Fell Running Championship. A solitary hill as viewed across the Solway Firth from the Northern Lake District, it is the highest hill in the Southern Uplands. The summit is at 750m climbed to from sea level with a total race distance of 7.7miles. The route has a proper steep start, short fast section then a grind out climb to the top of the first hill, jelly legs along the ridge to another long runnable climb. Then it gets hard with tussocks and bog.

Several of Calder Valley’s ‘A’ Team headed north with their eyes on team prizes. They didn’t disappoint. Ben Mounsey was 7th in 1:20:22 behind winner Rhys Findlay Robinson of Dark Peak in 1:16:03. The win crowned Rhys this year’s British Champion. Karl Gray in 12th Shaun Godsman 27th, James Louge 33rd and Jason Williams 40th were all counters for the team. A proud club captain, Shaun Godsman said “ If I’m right with my calculations the men have secured a bronze medal in the open team competition and a silver in the veterans team placings. Not bad to say most of us have been absent due to injuries and international duties for a lot of the year.” 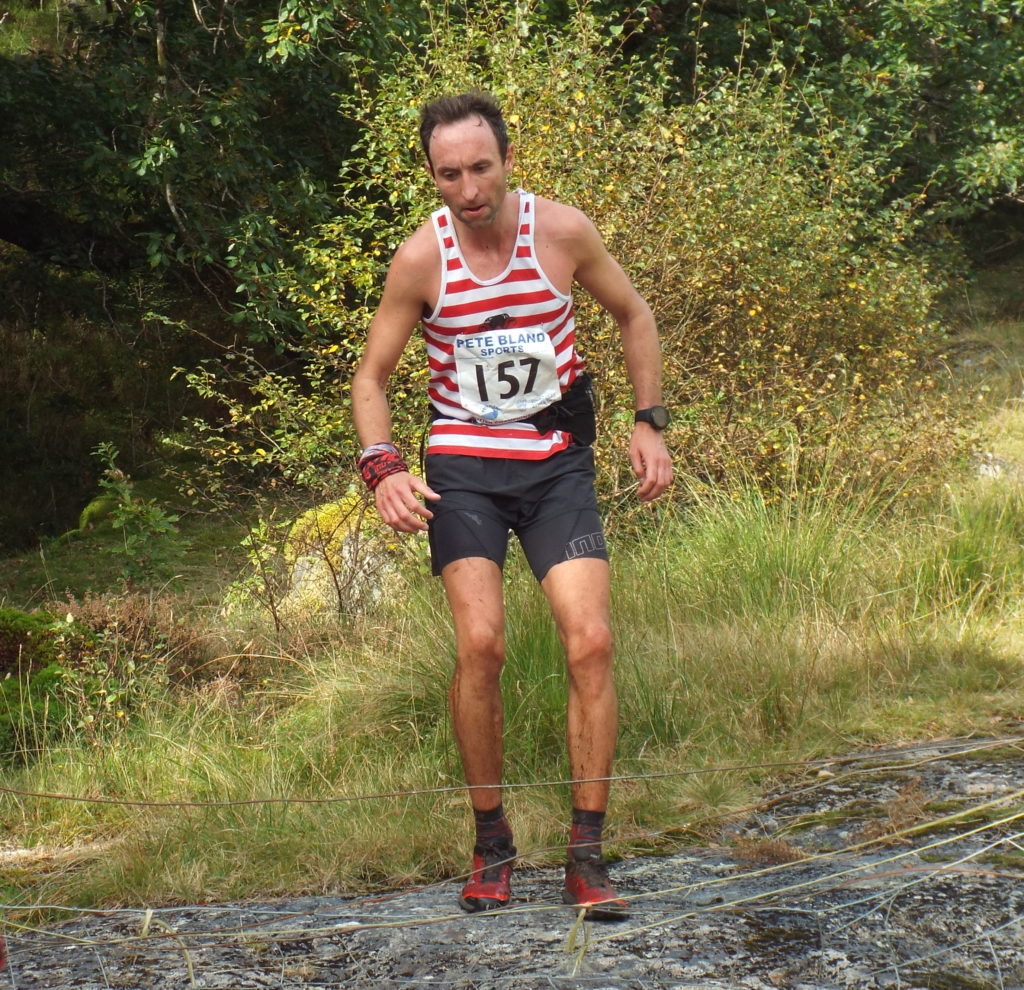 The Embassy Fell Race is part of the BOFRA series. Held 2 miles east of Skipton, like all BOFRA races, it’s a lung blasting 2.75miles to the top of Embassy Crag and back. Excellent running came from Calder Valley’s women with Lucy Collins in 1st place in 23:19 and Jo Buckley 2nd in 24:32.

Taking it’s name, not from the butter like vegetable oil spread, but from one of the five Reservoirs around which the race goes, the Utterly Butterley Fell Race was run from Marsden on Sunday. A five mile race with 850ft of climbing, it is billed as a good introduction to fell running. A third of the route is on tracks, a third on paved footpaths and a third on grassy or gravelly footpaths. 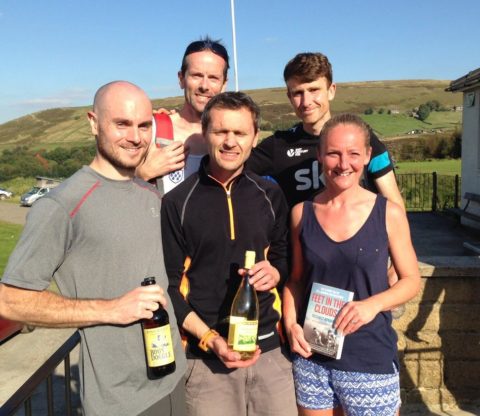 More top results came Calder’s way as Tim Ellis won in 30:16, just 6 seconds outside the course record. Gavin Mulholland was 3rd in 31:47. It’s good to see Tim and Gav back racing after missing much of the year.

Women’s Captain, Helen Buchan was 2nd in a fiercely fought race. She was annoyed not to win, being pipped by 5 seconds on the flat run in by Amy Shadbolt of Saddleworth.

Helen said “It was not my kind of race at all. Way too flat, runnable and short for me, but I’m trying to take myself out of my comfort zone to get some form back. I set off at quite a hard, but sustainable pace in front. Amy came screaming past me on the track in the 1st mile, but I was more than happy to let her go. I tucked in behind her, but she was slow on the climb, so I overtook her. I stayed in front until the last half mile where her speediness on the flat gave her the victory. Still, I am really happy with how I am running at the moment & absolutely over the moon with my 2nd place!” 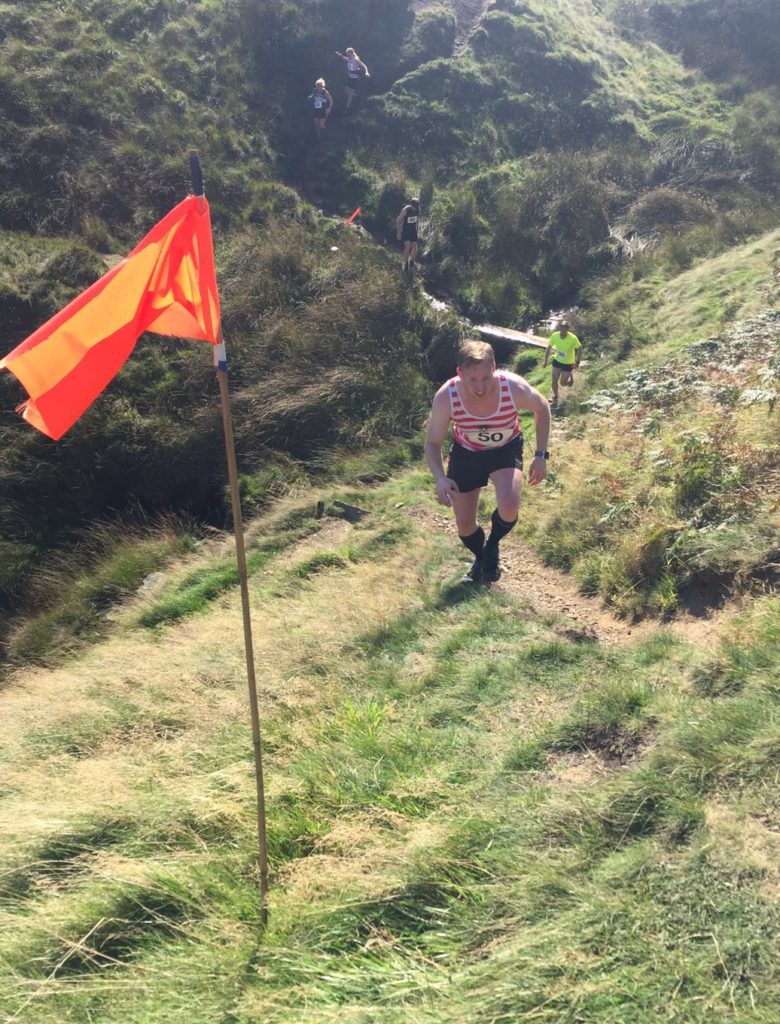