International Championship, with England and Scotland the two favourites to take the title. It was the third time in as many weeks that Ben has competed for either Great Britain or England and is clearly enjoying his finest ever season as an elite mountain runner.

Ben was part of a super strong England team all looking to make the cut for the 6 man Great Britain team at this year’s World Mountan Running Championships in Bulgaria. It was an extremely tough ask given the standard of competition, plus the fact that it was an uphill only course, with Mounsey a renowned downhill specialist. Nevertheless, the Brooksbank School teacher gave it his all and used his vast experience to run a well paced and very tactical race.

It began with a double lap of Latrigg before heading across to the slopes of Skiddaw where the real action began. It was here that he made his move, punishing those that had started the race too fast as they struggled to ascend the infamous Jenkin hill at any kind of pace. At the top of the climb he had moved into the top 12, passing many of his main rivals on the steepest section of the course. It was a valiant effort from Mounsey as he eventually finished in 10th position overall and the 9th Great Britain counter. Although it wasn’t quite enough to make the team for Bulgaria, it was enough however to help England to team gold as they repeated their success of 2015. The race was won by Scotland’s Andy Douglas who led the field from start to finish.

Mounsey is now looking forward to a short but well earned break as he next heads to Italy to compete for Great Britain in the Tre-Refugi relay and then the World Mountain Running Masters event in Susa. 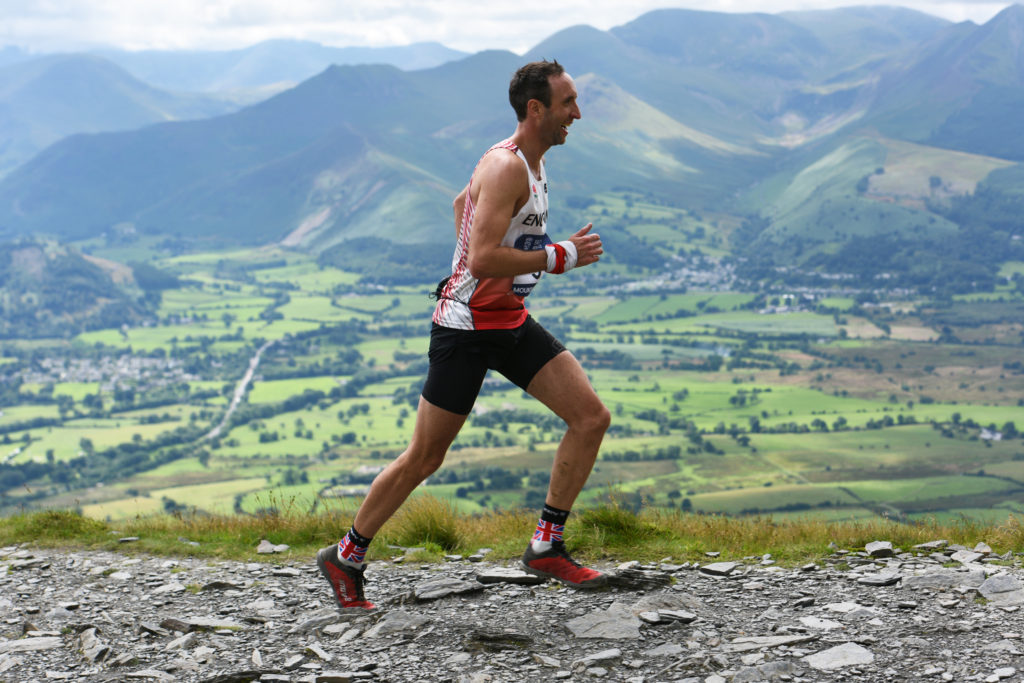 Mounsey working hard on the climb to the summit of Skiddaw

Calder Valley Fell Runners have had some great results this past week showing they can mix it with the best from the short to the ultra long races.

At last week’s Lee Mills Race held in Rossendale Lucy Collins took a great win for the women placing 13th overall in a time of in 53mins 46secs and was 10 minutes clear of the next female from the local host club of Rossendale Harriers. 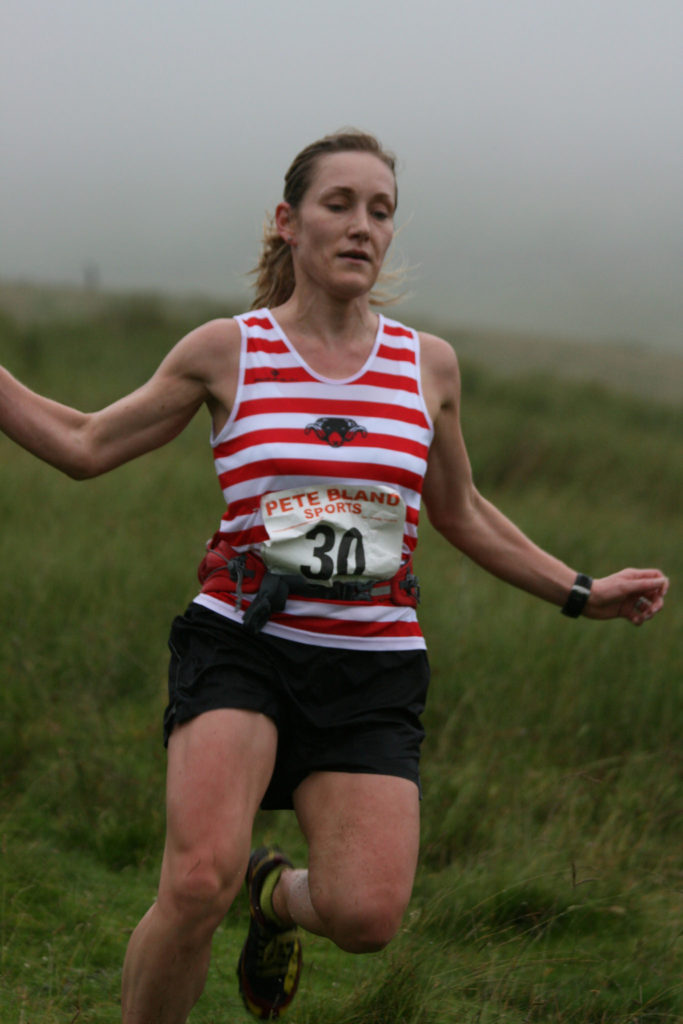 On Friday night while most of us were getting ready for bed competitor in the Lakeland 100 miles would be getting into their stride as they tackled this one of the best Ultras in the country. Starting at 6pm the circular route encompasses the whole of the Lakeland fells, includes in the region of 6300m of ascent and consists almost entirely of public bridleways and footpaths. The route starts in Coniston and heads South before completing a clockwise loop which takes in the Dunnerdale fells, Eskdale, Wasdale and Buttermere before arriving in Keswick. From here the route heads to Matterdale and continues over to Haweswater before returning via Kentmere, Ambleside and Elterwater to the finish at Coniston. The event requires competitors to be experienced ultra distance runners with excellent navigation skills and this is just what Simon Bourne showed as he completed the route in 18 hours 38 mins and earned himself a top finish in 36th position from 345 starters.

Club Championship points were at stake as Calder members took to the fells in the Turnslack race. In a breezy but dry day, where if you had time you could see North Wales, the runners set off from Calderbrook Church, Littleborough running on good tracks and footpaths along the way to Watergrove Reservoir. The race then branched off to head up and over the moor to Hades Hill. A traverse along the long ridge to Trough Edge End and down the descent towards Ramsden Clough Reservoir followed. The hardest part of the race was the next 2 tough climbs with the first climb up from the reservoir being steep with reasonably dense undergrowth. Another traverse here along to a very steep descent down to Cranberry Dam. The last climb was up a path where it was tough going due to the dense foliage. The descent from here was through very, very high bracken to the finish.

Mark O’Connor lead the race out and battled all the way with the eventual winner from the local Rossendale club young Marcus Preedy, With Ali Burns from Valley Striders taking 2nd a very happy O’Connor, who ran with a very sore knee,  placed a well earned 3rd spot.  Maximum championship points were his and with his team mates Gareth Clarke in 11th, Ben Frechette 16th had a stormer and Iain Powell 19th the red and whites claimed 1st male team. 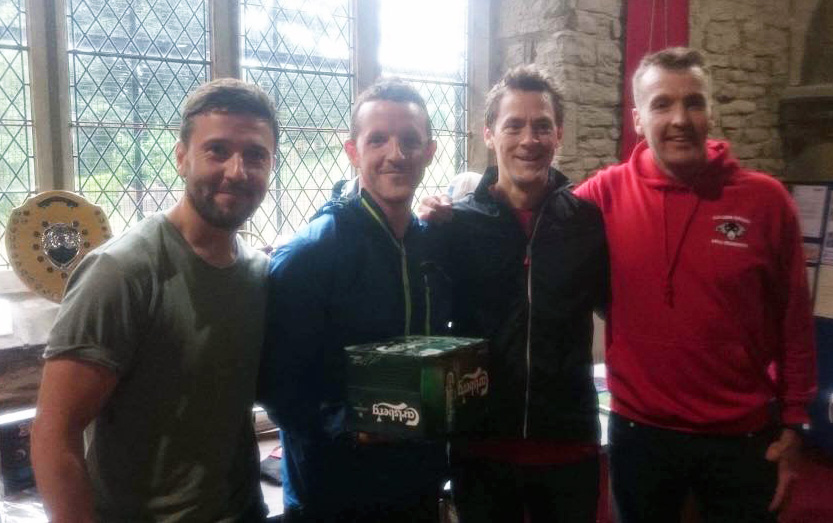