Members of Calder Valley Fell Runners have been ripping it up around the world this week, turning up in races in Italy, Africa and Norway, as well as a host of Lake District and local runs.

After a gruelling month of racing, Ben Mounsey, who runs for Calder Valley and England, took a well earned holiday in Italy. But within the first 24 hours had entered a hill race! Over seven miles with around 1,000 metres of climbing up steps and trails, the race on the Amalfi coast was right up his street – and Ben won the race by over 6 minutes, leaving the Italian competitors stunned. 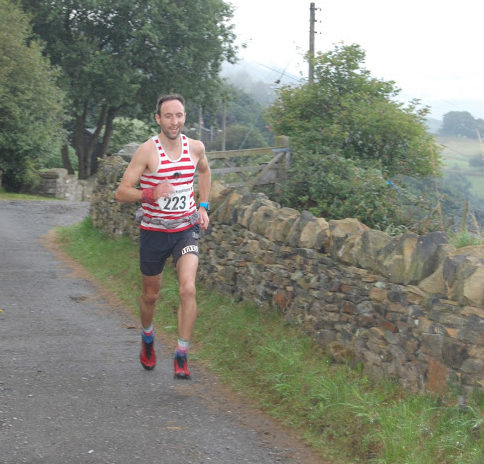 Ben’s experience was echoed by Calder Valley’s Holly Page in South Africa, where she has recently started work. She took part in the Clemengold Wolkberg Skymarathon, a two day race in the Wolkberg mountain range that included a climb to Iron Crown, the highest point at 2,126 metres. Holly came first in the race that covered 35 kilometres on day one and 25 kilometres on day two.

“I questioned whether I should do this race as I’d badly injured my leg the week before, but I taped it up and, looking rather like bionic woman, everything seemed to come together. It was a great feeling to run effortlessly up the first 1000m of climb and then extend my lead over the remainder of the race. Needless to say there were a lot of South Africans wondering where I’d popped up from! 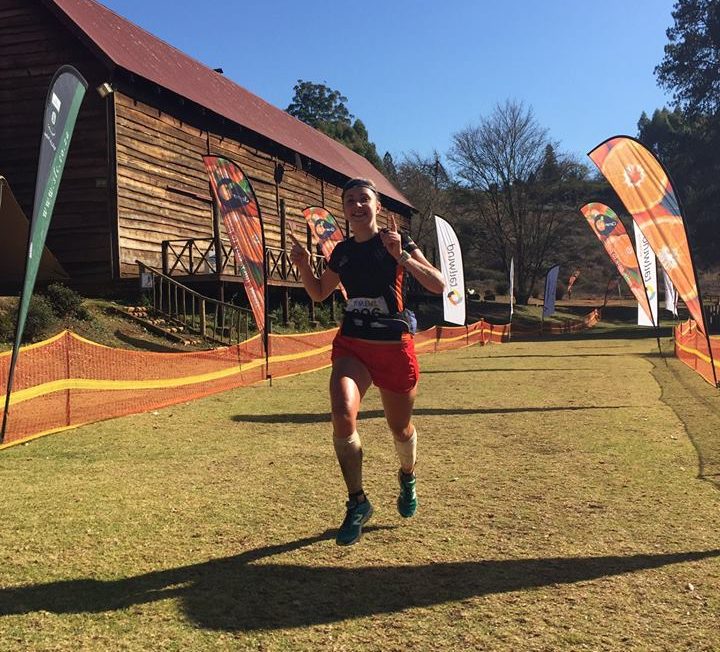 “I’ve never done a race where I can’t feel my fingers or toes on the startline because of the cold, yet feel like I’ll collapse from the heat on the finish line – winter isn’t quite the same here as in the Pennines!”

In Norway meanwhile, Joe Washington took part in the famous Tromso Skyrace, an epic international taking in huge climbs and scrambles along mountain tops. Joe, who went away with the lads came an impressive 25th in a hugely competitive field. 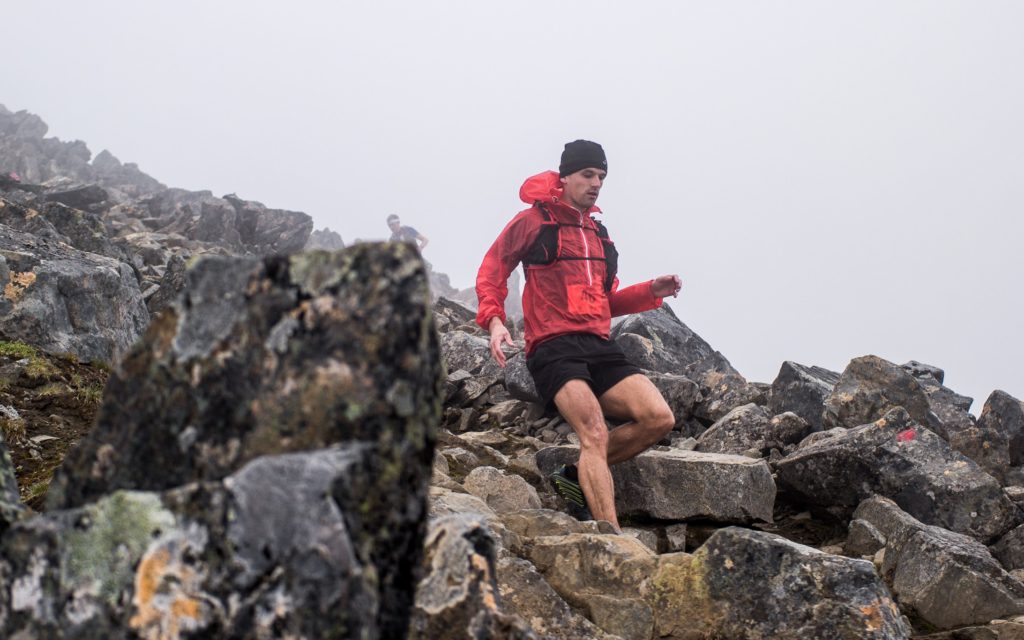 A little closer to home, 12 runners from Calder Valley took part in the classic Borrowdale Fell Race, among the hardest in the calendar and a counter for the English Fell Championships, with more than 6,000 feet of climbing over its 17 miles.

Valley’s Karl Gray was 8th overall and first V45 in 3 hours 5 minutes, demonstrating the consistently high level he is running at. Karl is doing well in the English championships and is among the favourites to take a top three position in his category. 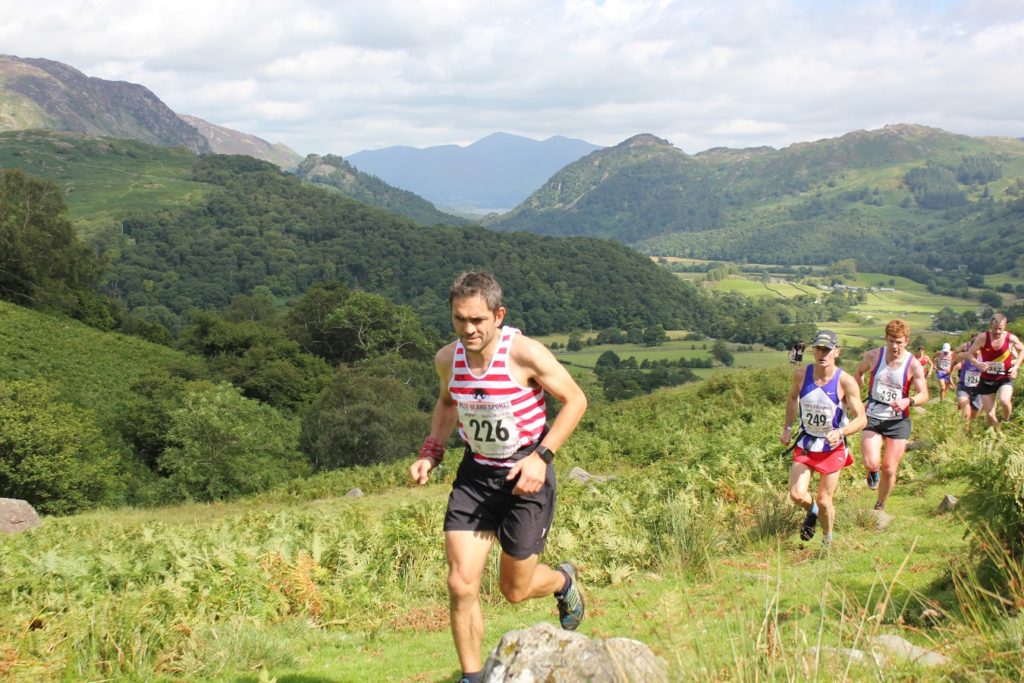 Karl Gray at the base Bessy Boot in Borrowdale

In the women’s race the in-form Gayle Sugden once again put in another fine performance, finishing the tough race as 8th lady and second F40 in 3 hours 53 minutes. With Lucy Collins in 15th and Jo Buckley in 18th, Calder Valley took the third team prize. Calder Valley’s women’s team is now the second place team in the English Fell Running Championships.

Closer to home was the local Crow Hill Reverse fell race that takes runners from Mytholmroyd, straight up the field and moorland above and back down in a fast 4 mile blast. Calder Valley’s Ben Mounsey – before he headed over to destroy the competition in Italy -led the field from the start, completing the race with a smile in just 29:10. Behind him were 21 Calder Valley runners. Next for the club was Tristan Sheard in 35:03, followed by Ian Powell – together they took the team prize. 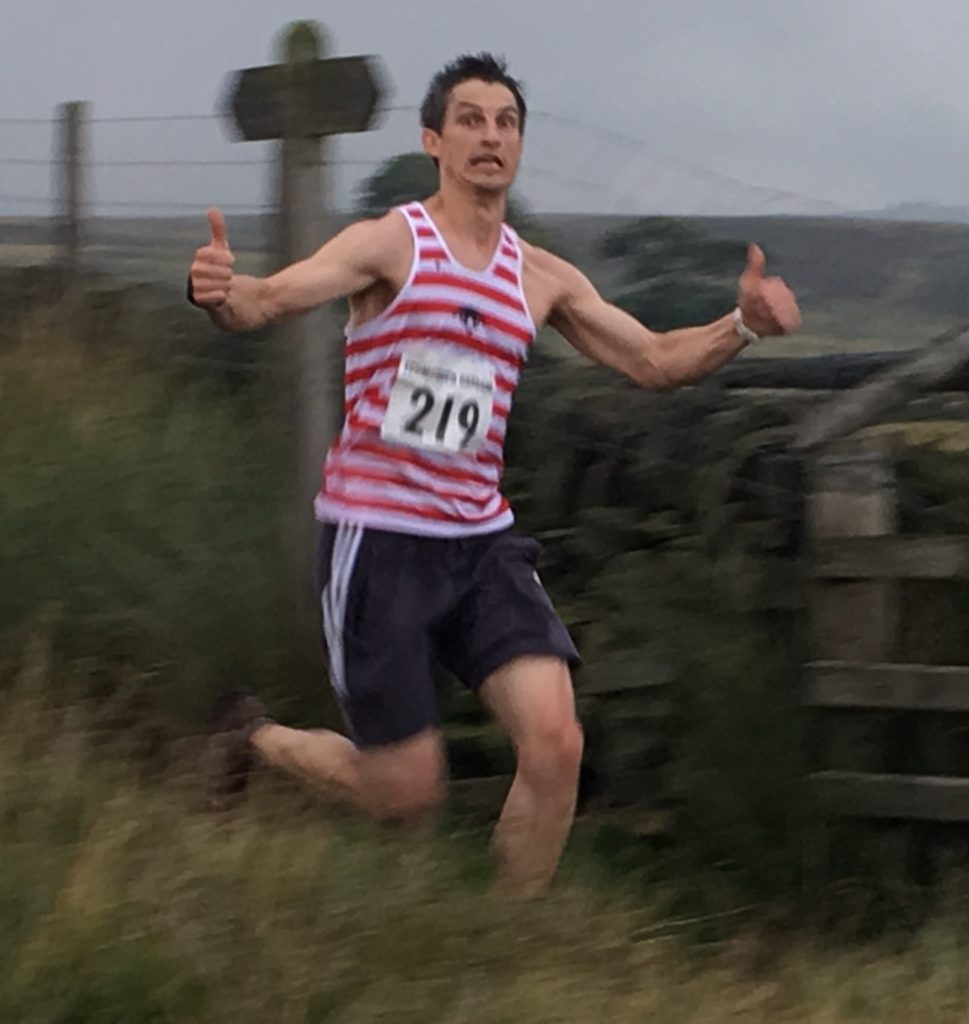 Romans, enjoying the reverse on the Crow Hill fell race.

Six Calder Valley runners also lined up for Whittle Pike, a tough local fell race with over 1,200 feet of climbing in just 5 miles. With three hard ascents, this is the hardest of the Rossendale Harriers’ midweek series.  There were some fast runners competing in the field of 133, but Calder Valley did well, with Giles Simon and Lee Shimwell battling it out and finishing with less than 30 seconds between them. Romans Sustovs meanwhile came an impressive 34th, having done the Crow Hill Reverse fell race the previous evening.