Named after Turner Hall Farm rather than one of Britain’s most famous painters, the Turner Landscape Fell Race is a fundraiser for Alzheimer Research.  Essentially a high level, 11 mile, ridge run the route climbs from the Duddon Valley taking in the Lakeland tops of Grey Friar, Swirl How, Coniston Old Man, Dow Crag and White Pike.  All in all about 3000ft of climbing.

Thirteen Calder valley Fell Runners headed to Seathwaite on Saturday as the race was a counter for this year’s Club Championship.  Unfortunately only eleven arrived in time for the race as Ben Frechette and Richard ‘Burt’ Ingram headed for the other Seathwaite in Borrowdale. 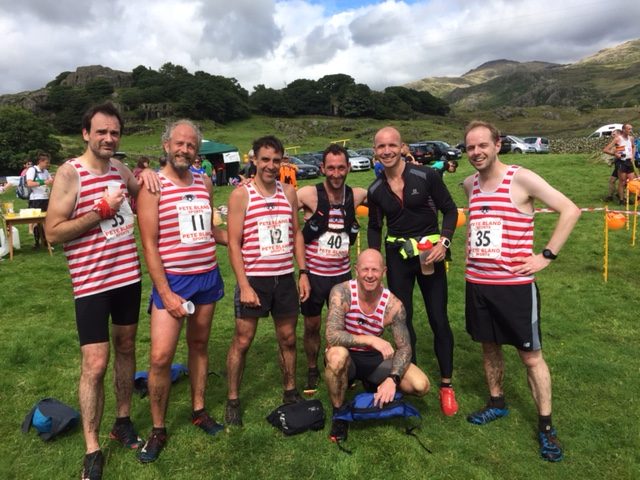 Turner Landscape, From the left, Toby, Tim, Mark, Jake, Jon, James and Minta down below

As the mist was down the navigational errors continued as six runners, out of a field of 61, missed the highest checkpoint on the Old Man.  Simon Fisher reached Brim Fell before realising he had missed Swirl How.  In true determined fashion, and costing him about 30 minutes, he turned round and reached the checkpoint before continuing the race.

Jon Smith was first back for Calder in 6th place in a time of 1.41.48.  He had been in second place at Swirl How but the local experience of the group he was with shone through the mist. Charlotte Wetton was 3rd woman and Calder’s first woman back in 2.40:45.  Tamsin Cooke had a storming run with a 6% improvement on her previous race.  The race was won by Carl Bell of Keswick in 1.29:36 for the men and Amelia Hunt of Goyt Velley Striders in 2.27:31 for the women. 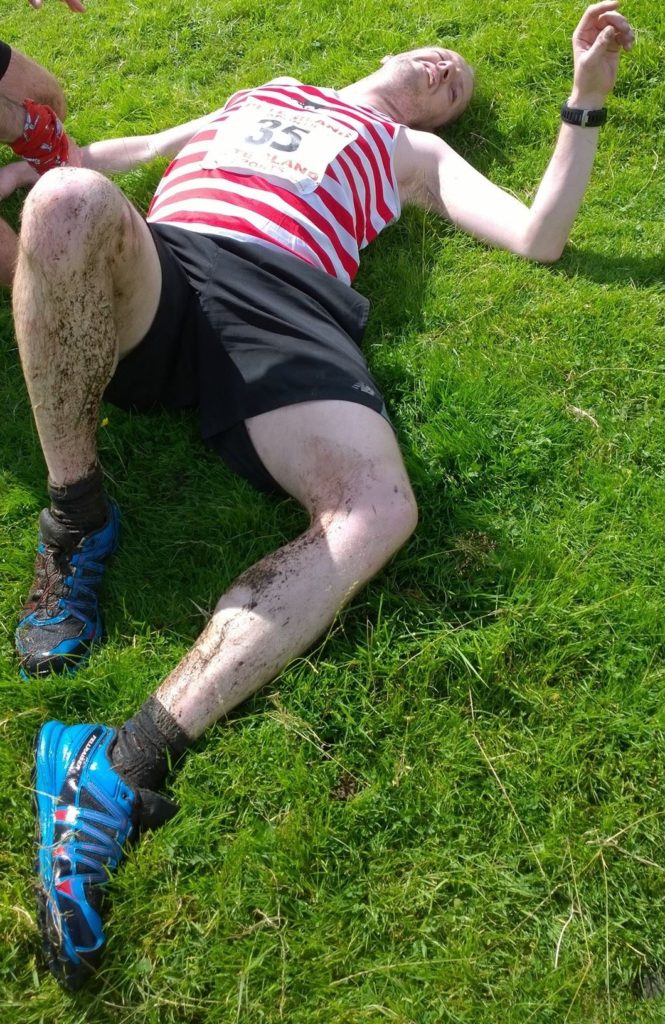 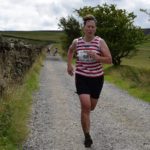