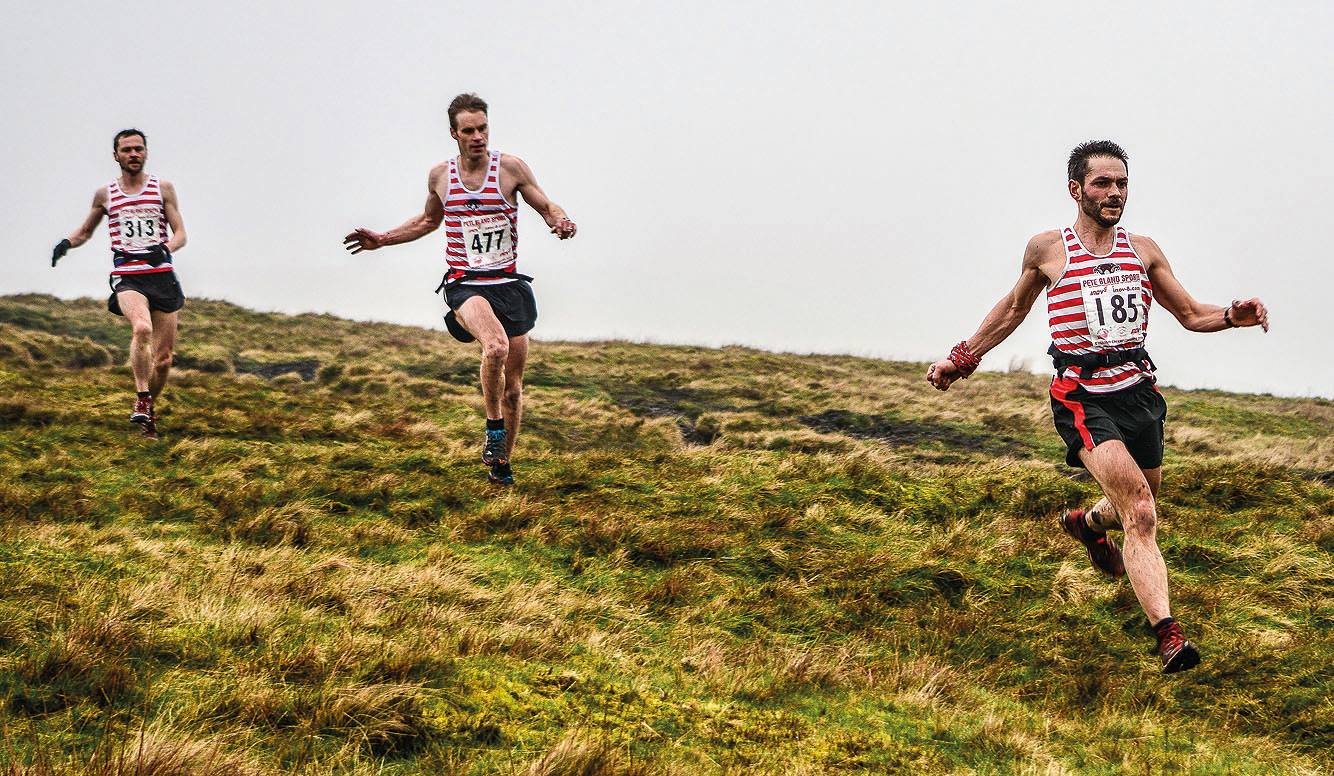 With just one more race to go in the English Fell Running Championships, Team Calder Valley are looking in a good position across a range of categories.

The result comes after solid performances at the penultimate race in the series, the Pendle 3 Peaks, which takes the runners up 2,500 feet of ascent over 10 miles. A field of 307 lined up for the race, despite the horrendous August weather, with 13 Calder Valley runners among them.

In the women’s race, Calder Valley took the first women’s team, with Gayle Sugden continuing her excellent season to finish in 9th place, followed by Lucy Collins in 12th and Jo Buckley in 16th. They are currently looking at a bronze in the championships, and with just one race to go are set for success. Sugden is racing hard to secure an individual medal in the Lady Vet 40s category. She currently lies in Bronze medal place.

Karl Gray, who took altitude training to a new level, when he flew back from his holiday in Italy then returned a few hours later post race, is now set to take the top spot in the V45 category of the English champs, and may medal in the V40s too.

Dick Spendlove, one of the club’s navigational masters, meanwhile, finished the Pendle 3 Peaks as second M70. With no more races in the English Championships for Dick’s age category, the result puts him first in the country for his age category.

Six intrepid Calder Valley members travelled to the Matterhorn Ultraks race in Switzerland. Starting and finishing in Zermatt the Ultraks is an 11 mile race with 3,900 ft of climb around the spectacular slopes of the Matterhorn. With over 700 runners from around the world and challenging running the whole way, this is a fiercely competitive race. Crossing the finish line together, to the rapturous applause of the locals, were Mark O’Connor and Iain Powell in joint 31st position. They were chased hard down the final descent by Ben Frechette who couldn’t quite catch the front two despite clocking the fastest split of the day. Frechette finished 34th. Raining long king champion Jake Ackroyd was next home, weaving his way through the field to finish 76th, close behind was the strong finishing Richard Ingram in 96th. Despite issues with his footwear Gavin Roper battled hard to complete in 169th. With 674 finishes the lads showed our European cousins the true strength of Calder Valley’s runners. 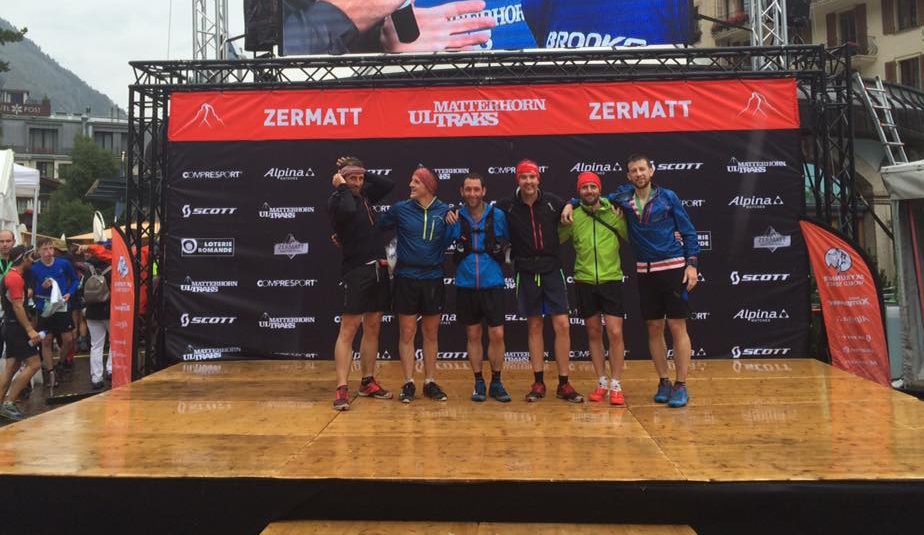 Calder Valley’s International runner, Ben Mounsey, meanwhile, was part of the Great Britain team, running leg three of the European mountain running relay up the Sentiero Spinotti on the border of Austria and Italy. The course itself involved such steep climbs and descents that the runners wore helmets. The team put in another strong performance, finishing in 6th place, with Ben putting playing a vital role in their success by putting the British team in front of The Czech Republic. 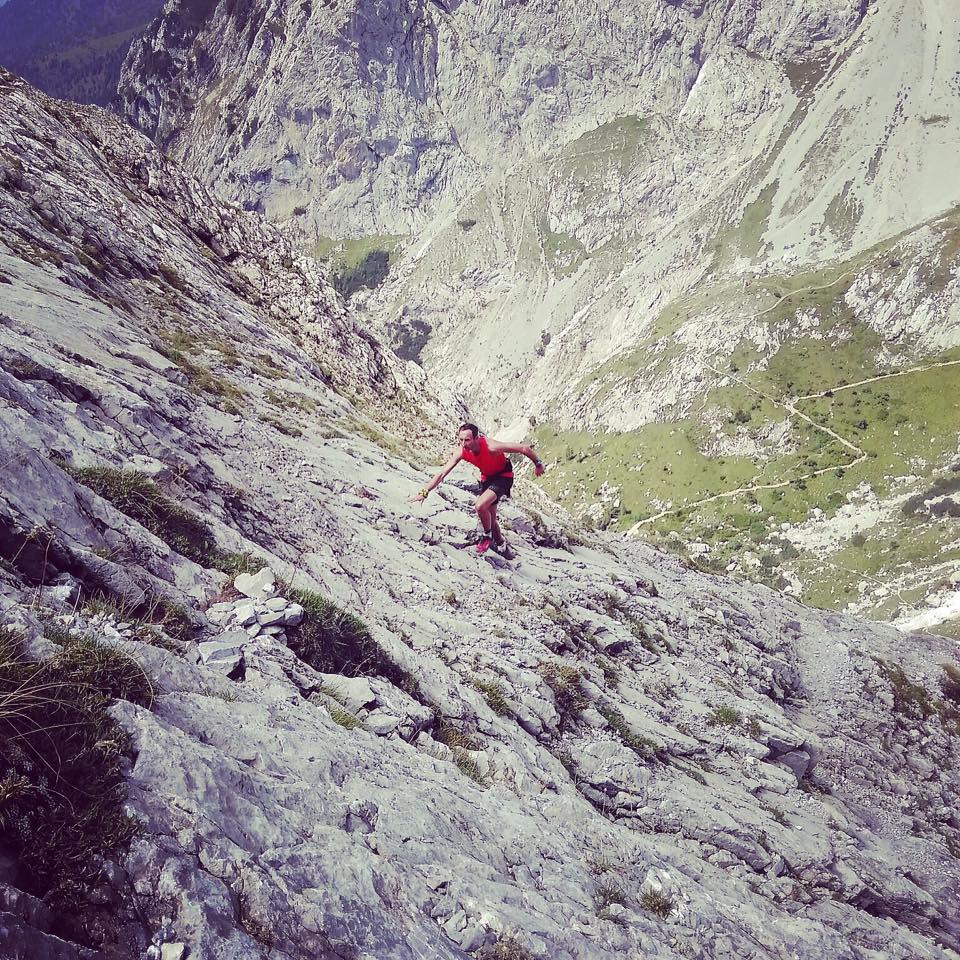