It’s been twice for Calder Valleys Gayle Sugden as she took on 2 fell races within 5 days.

On Wednesday night last week she ran at the Widdop Fell race from the Pack Horse pub hosted by her own club. The tough tussocky race over 7miles saw the womans record being smashed by Preston Harrier International Nicola Jackson in a time of 57mins 48 seconds. Knowing that she had a tough long race on Sunday Gayle tried to take it as steady as she could but the racing and competitive instinct took over and she ran hard to take second and first over 40 in a time of 61mins 48 seconds. 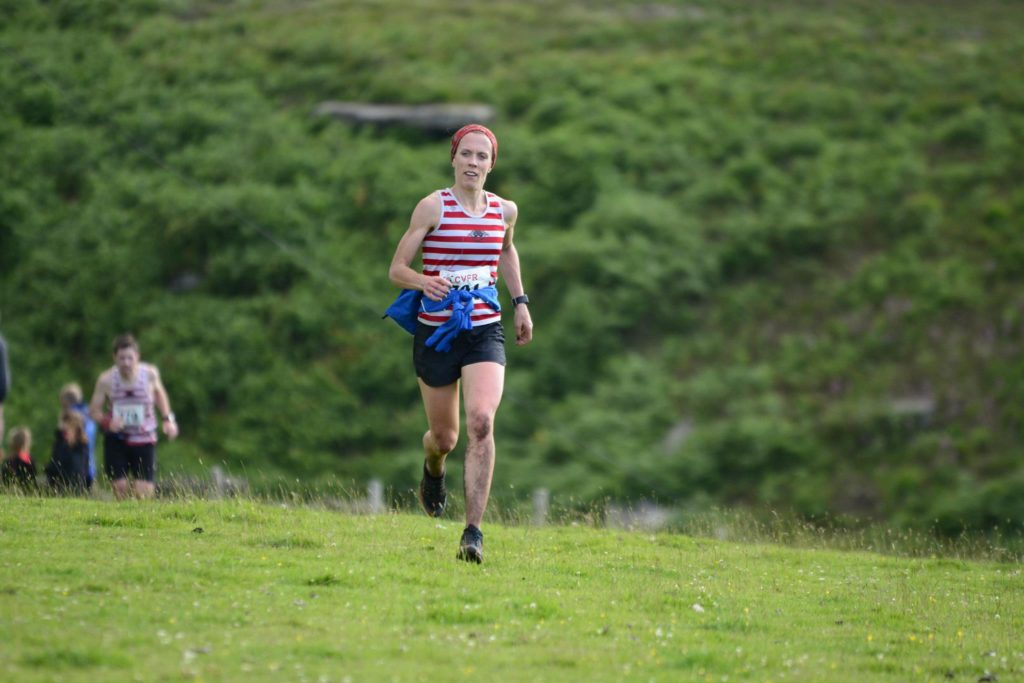 On Sunday in the 16 mile Holme Moss fell which runs over West End Moss, Hey Moss to Crowden then back to Ladlow Rocks, following the Pennine Way to Black Hill and Holme Moss Transmitter before dropping to the finish at Cartworth Moor Cricket Club Gayle again placed second. She was narrowly beaten by another international runner Helen Berry from the local host club Holmfirth Harrier who won in a time of 2 hours 59mins with Gayle only 7 minutes behind her.

Gayle said “I struggled in the first half with tired legs from a weeks hard training and the Widdop race. I revived in the second half and managed to haul in the girl who was in front of me in the final few miles of the race to take that second place. I was well chuffed.”

A special mention for Gayles team mate Lindsey Oldfield who ran a great race in 3 hours  37mins. This was her longest toughest race to date. 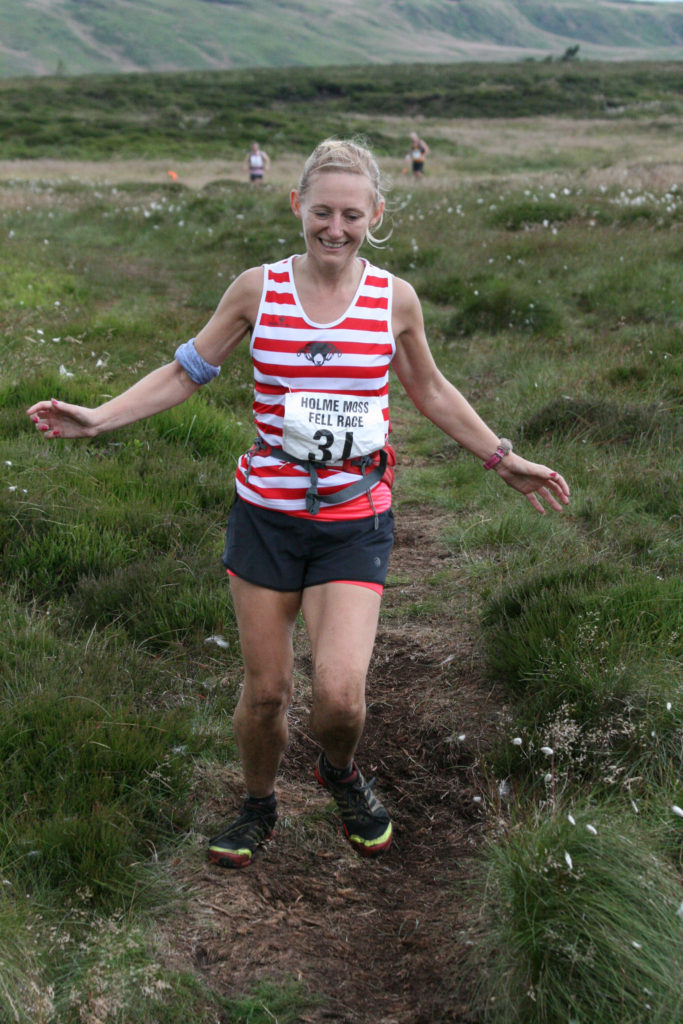