Calder Valley Fell Runners have racked up some more successes as the fell running season proper gets under way.

14 juniors headed up to Ambleside in the Lake District for the Todd Crag fell race, part of the English Junior Fell Running championships series. In the competitive under 18s race Jack Denton and Martin Howard put in excellent performances to finish 6th and 7th. The pair, who train together, were just ten seconds apart in 20.45 and 20.55 respectively. 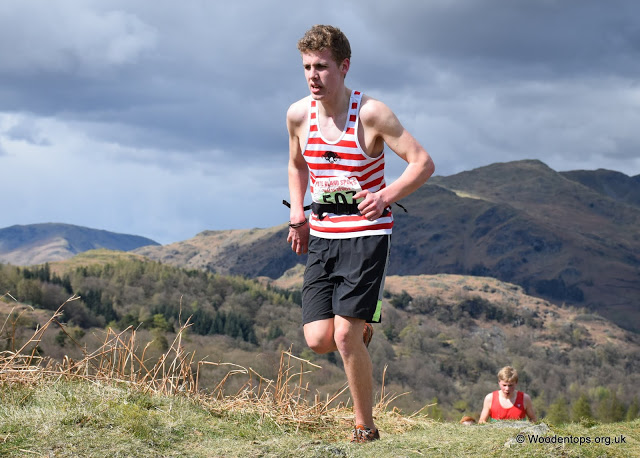 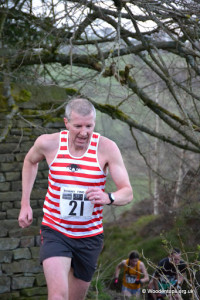 Over in Haworth, runners from far afield competed in the fun Bunny Run Relay, with teams of three running the fast and furious 1.5 mile circuit – whilst holding an egg! With almost 300 competitors and some high quality runners and great fancy dresses, the heat was on.

Calder Valley runners were in a mix of teams. The best overall run for Calder Valley was again from the juniors, with the Speedy Bunnies – made up of Jude Baldero, Elio Beesley and James Duffy – winning the under 12s category and finishing an impressive 26th overall.

Calder’s Ben Mounsey also took part, with his team winning the mixed category and Ben recording the second fastest lap on the day in 9mins 16 secs, just behind his fellow England runner and Bunny run regular, Tom Adams who ran it in 8 mins 47 secs. 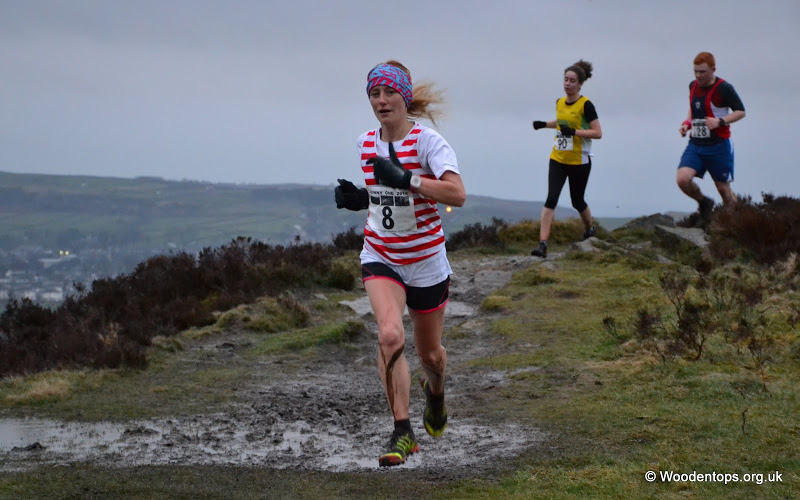 Lindsay Oldfield on Bunny one!

The relay brings to a conclusion the series of short evening ‘Bunny Run’ races on the moors above Howarth. Lindsey Oldfield competed in each of the runs, finishing the series as 6th lady, and Tristan Sheard also put in consistent performances throughout, putting him in 10th overall and 5th V40 – fine performances, particularly given the calibre of runners who regularly take part in the Bunny Run series.