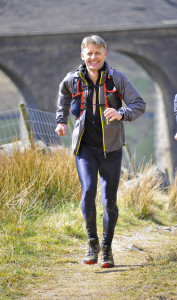 It was the 54th running of a contest which starts in Grassington and takes in 12,000 feet of climbing, including six 2000ft-high mountains. Conditions were tough with boggy ground and snow on the tops. The weather was a mixture of snow showers and sunshine.

Bourne had been confident of a good run, having already had five top 10 finishes at the event and a previous best of fourth.

He said: “I went off steadily because the first 20 miles are incredibly tough – climbing Ingleborough, Whernside and Great Coum. “I let the leaders go as I was confident that most of them had gone off too fast.” Bourne was ninth at the Dent checkpoint after 20 miles.

“ I felt really good over next stretch and overtook a big group that included Ian Symington,” said Bourne. Symington had a bad day and retired shortly after.

“By the halfway point I had pulled up to third place and had my sights on Andy Davies from Mercia in second. “I caught him at Dodd Fell after 37 miles, then left him behind by taking a better route choice on the next section.”Bourne ran the last 20 miles by himself, pushing hard all the way to make sure he kept hold of second place.

Last year’s third Konrad Rawlik from the Carnethy club in Edinburgh led all the way to win in 11 hours 31 minutes.  Bourne clocked 12 hours 13 minutes, finishing 30 minutes ahead of the next runner. Bourne added: “I am really pleased at my best ever finish, having come fourth in 2007.

A large group of Calder Valley Fell Runners headed off to the Lake District for the Teenager With Altitude race in the Newlands Valley near Keswick. This has a massive 7600 feet of ascent over 15.4 miles of superb lakeland landscape, including some remote and exposed areas, requiring navigational skills. 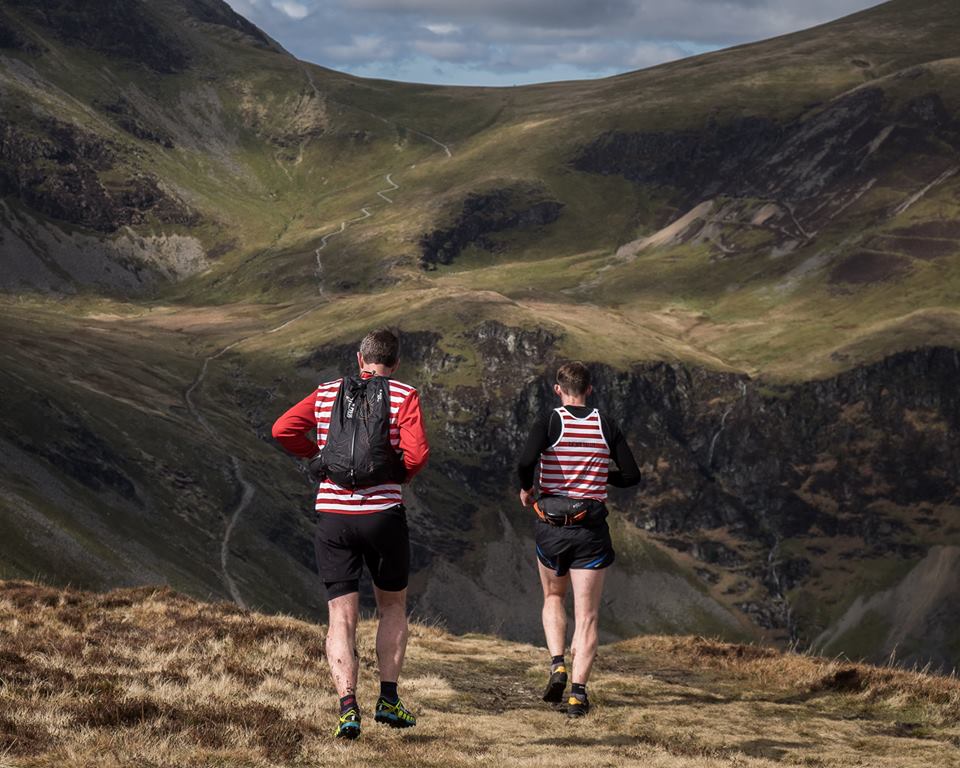 The race starts below Causey Pike  and the route heads for Grasmoor, the highest point in the race. It then visits Whiteless Pike and after a steep plunge to Sail Beck it reaches Newlands Hause, before heading over to High Snockrigg, with a good vantage point overlooking Buttermere. The route then crosses Buttermere Moss and after a steep climb reaches Robinson. 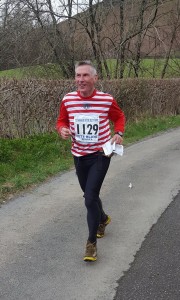 From Robinson the race Joins the “Anniversary Waltz” races and then visits Hindscarth, Dale Head, High Spy and Cat Bells and finishes at a field near Newlands village hall.

There was an excellent performance from Jon Smith, who demonstrated why he is club champion, closely followed by Mark O’Connor.  A tough race took its toll with a lot of ashen faces at the finish, sporting thousand yard stares and knife like cramps.

There were good runs too from Steve Smithies, who just pipped Iain Powell on the last descent.  Ben Frechette, Richard Ingram and Jake Ackroyd also shone, with Helen Buchan and Simon Fisher also carding good times.  Club stalwart Manhar Patel can take great credit for ‘getting round’ and chalking off another Lakeland Classic.