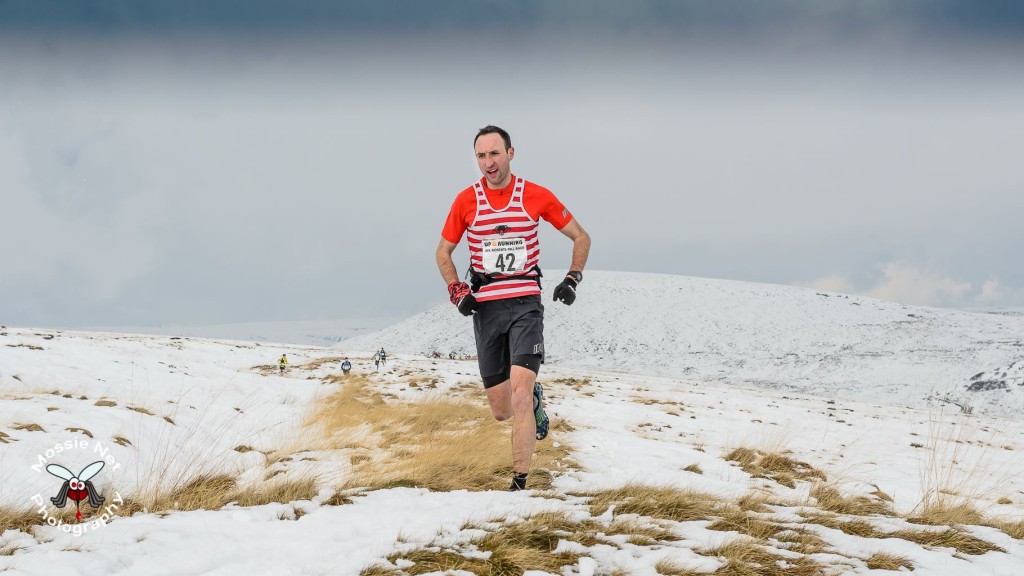 With the start of the fell running season almost upon us, Calder Valley’s fell runners were warming up – despite the icy weather – with two nearby race.

Over in Marsden, a hardy band of Calder Valley runners took part in the Ian Roberts fell race organised by Holmfirth Harriers, a fast six miler that takes the competitors across bogs, around reservoirs, along some of the Pennine way and up, then down, Pule Hill.

The race was easily won by Calder’s Ben Mounsey, adding another victory to an incredible list of wins already this year. In characteristic style, he set off at a pace that no other runners could match and maintained his lead from there.

As Ben put it, “my trademark sprint start gave me a fifty metre lead in the first couple of minutes and I never looked back. My task at the front was made more difficult by the fact that I had to carve my way through the snow, which was knee deep for a huge part of the race! It then made it easier for the runners behind as I’d already created a much more runnable trail for them to follow.”

He adds that “before the race I had grand designs on trying to smash the record to bits and really lay down an impressive result that might stand the test of time. Unfortunately the weather conditions of late prevented me from ever going close – it was an impossible task. By the finish the gap to second was 3 and a half minutes and I was only within 2 minutes of the record. Next year I intend to return and really leave my mark.” 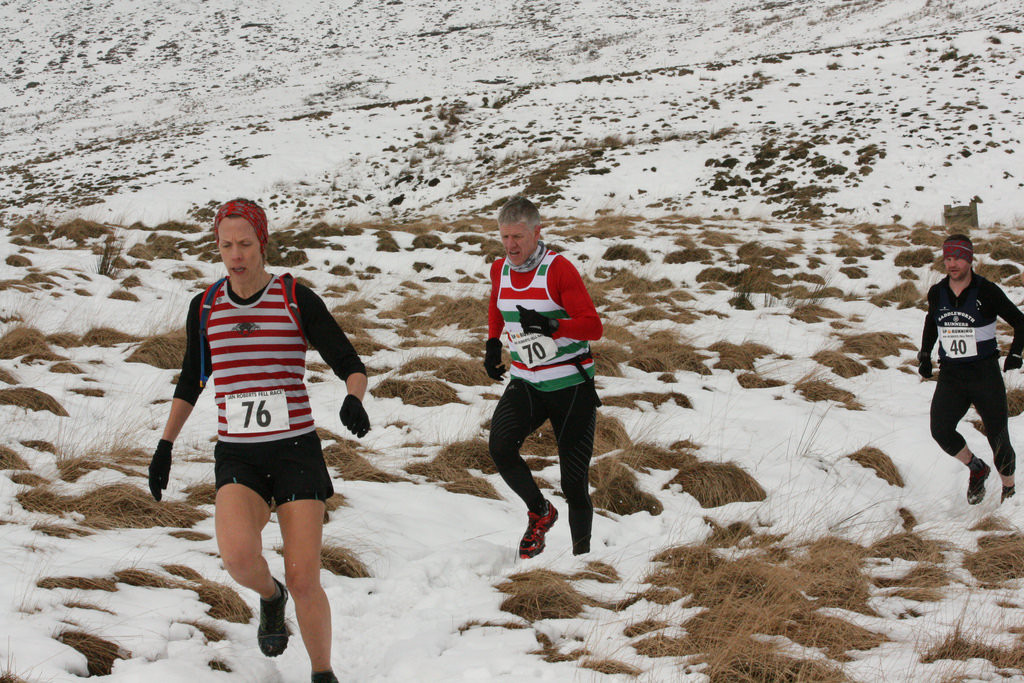 Gay Sugden at the Ian Roberts 2016 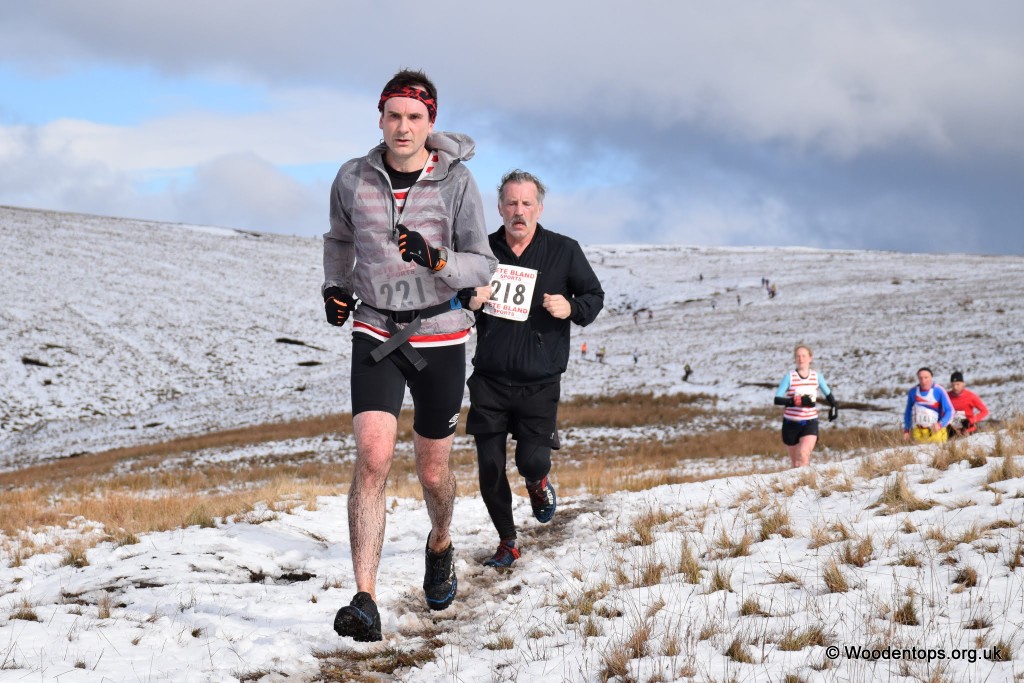 In Pendle was the Stan Bradshaw Pendle Round, a hard 10 mile route with plenty of climbing. Ten Calder Valley runners lined up for the race, with some excellent results in a high quality field. Darren Kay was 8th overall and second V40 – behind the legendary Robb Jebb – finishing in 1 hour 17 minutes. Helen Buchan finished as 5th lady in 1 hour 38 minutes. Other notable runs saw Toby Sydes, John Minta and Anthony Costello finishing within forty seconds of one another. 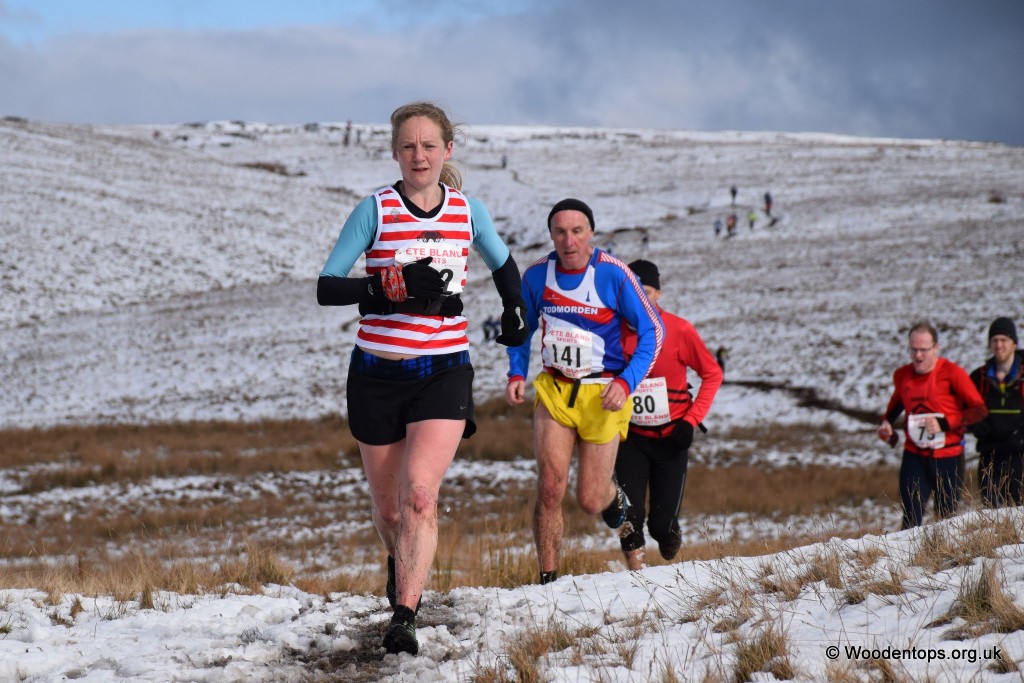