A handful of Calder Valley fell runners, including fast-man Karl Gray, headed up to join some of the country’s fell running elite in Cumbria for the High Cup Nick, who were apparently using it as a warm up for the start of the English Championships in two weeks’ time.

Known for its stunning views, the High Cup Nick is a beast of a race. At less than six miles, the runners start by climbing up the sheer side of the fell before enjoying a long, fast four mile descent over some characteristically difficult and rocky terrain. Five Calder Valley runners took part, with Karl Gray putting in another fantastic performance to finish fifth, amongst some of the UK’s fastest runners. Only Ricky Lightfoot, who won by breaking his own course record, previous English champions, Tom Addison and Rob Hope, and local legend Carl Bell managed to beat Karl. 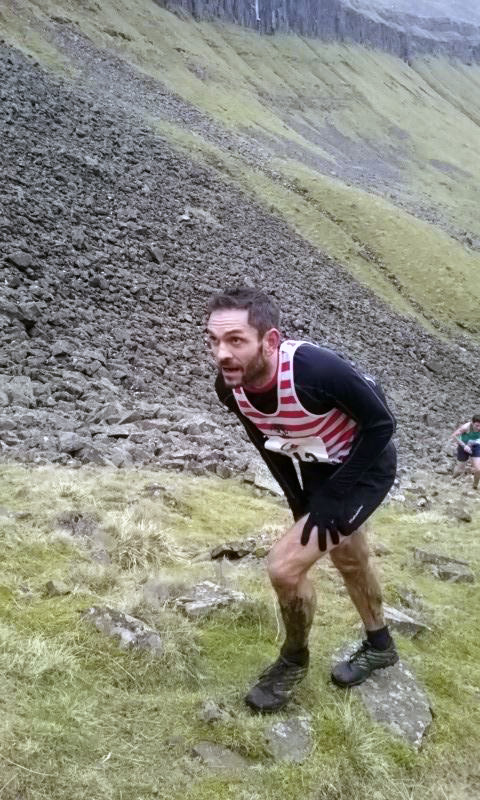 Also running for Calder Valley were the women’s team captain Helen Buchan, John Minta and Gary Hodgkinson who all put in strong races.

Karl Gray said:  “The race promised to be the perfect test, two weeks before the first championship race. I wasn’t disappointed! In fact, it felt like a championship race on the start line, with the who’s who of fell running with the same idea.

During the run up to the summit, ‘high cup nick’, I was having a great tussle for 5th place. I reached the top in 6th and we then had a 4 mile run down the skyline back to the finish. Having gone through a bad patch running up the valley head my legs suddenly came alive again and I managed to work through to 4th place, despite a couple of knee scrapping falls.

Carl Bell had matched my descent and just piped me in the last 100 yards to the finish, but I was very happy with my run. I can’t wait to get the championship season underway.” 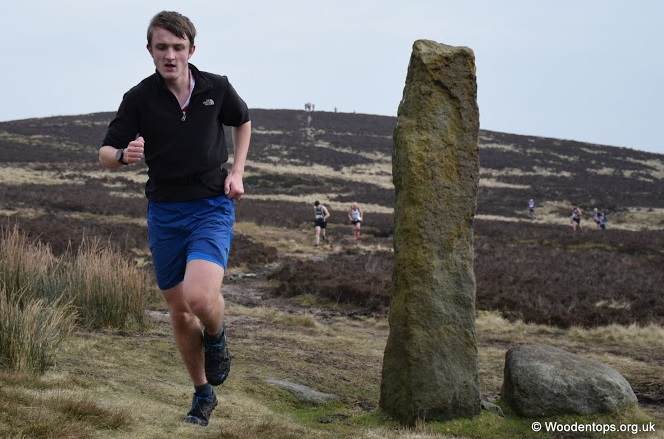 Closer to home, the Midgley Moor Fell Race always attracts a good turn out, and this year’s dry conditions saw 103 runners head up from Booth on to the moor before dropping them down 5 miles later. The race was won by Harry Holmes of York Knavesmire in just under 40 minutes, with with Calder Valley putting in a good showing. First back for Calder Valley , and first under 23 in the race, was Martin Howard in 45 minutes and 9th place overall. Bill Johnson was second for the club, in 14th, and the first in the V50 category. 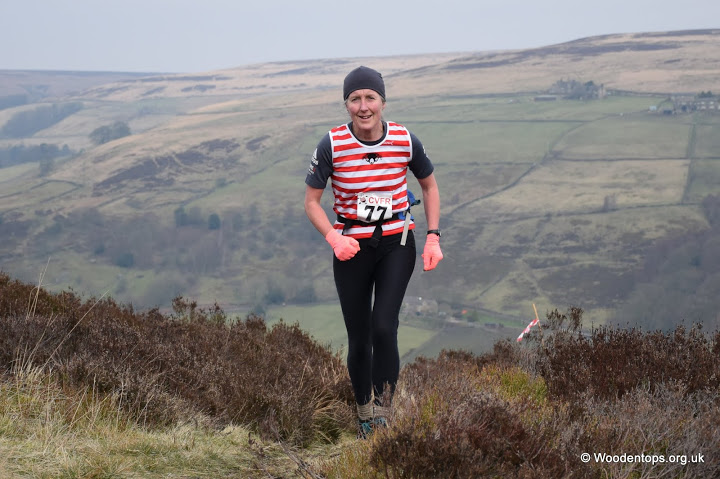 A further 12 Calder Valley runners took part in the race, with a close tussle between 3 clubs members, Anthony Costello, Andy Davies and Tim Brooks, who all finished within 3 seconds of one another.