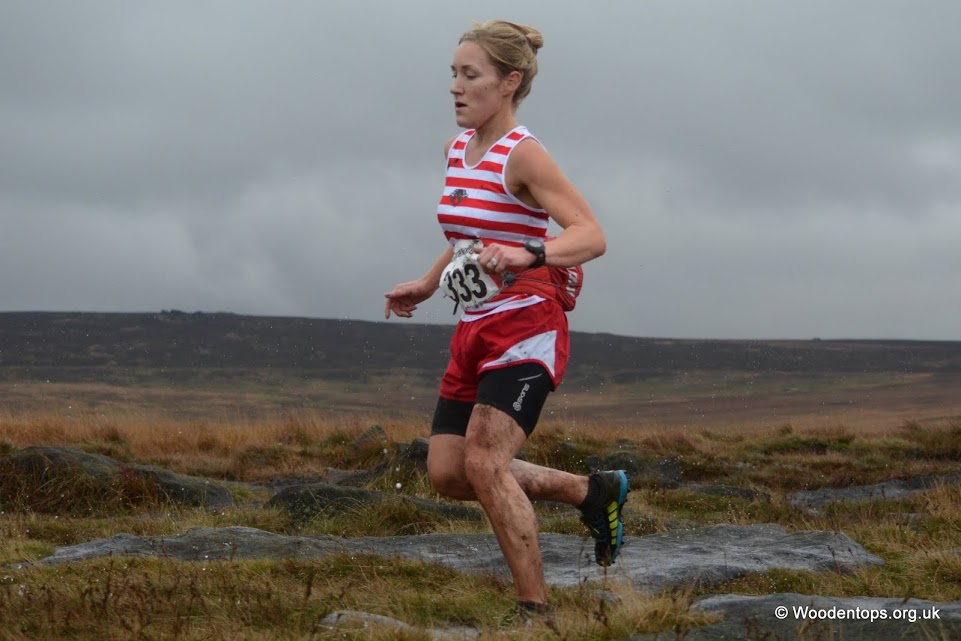 Lucy on her way to a great win 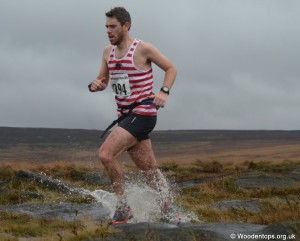 Lee Shimwell back in the mix

First up on Saturday was the Shepherd’s Skyline run from the Shepherd’s Rest Inn, Lumbutts. A fast start is recommended for this race and Ben Mounsey took heed setting off like a scalded cat to lead the race from start to finish.  Behind Ben there was an epic battle for 2nd place between 5 guys who have really hit form of late; Ian ‘The legend’ Holmes (Bingley), Daz Kay, Chris Holdsworth (Clayton-le-Moors), Joe Baxter (Pudsey and Bramley) and Alex Whittem.

All 5 exchanged positions throughout the race but ultimately it was the guile and experience of Holmes that allowed him to gain the upper hand on the final descent.  However he was nearly two minutes behind ‘Bullet’ Ben.

The 7 mile route heads up to Langfield Common before heading to Stoodly Pike. A rapid drop to London Road is followed by a climb back up to Withens gate before returning across the moors to the Shepherds Rest. Ben was supported by Darren Kay, Alex Whittam and Jon Smith to win the men’s team prize for the club.

The women of Calder Valley had an equally successful race with Lucy Collins winning and, supported by Anne Johnson in second and Jo Buckley in 4th, Calder also took the women’s team prize. 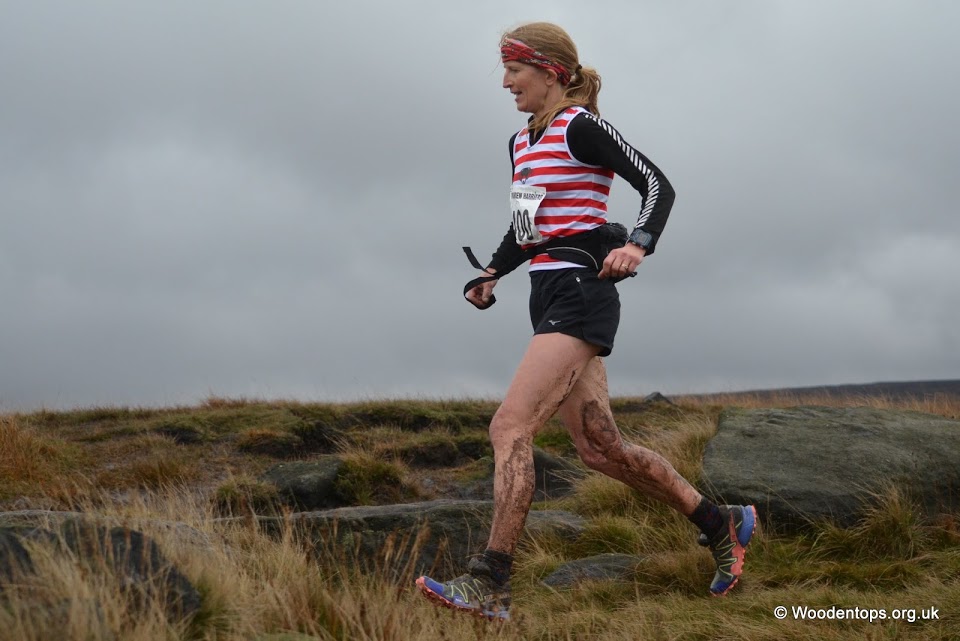 Back on form Calders Anne Johnson

Several youngsters were victorious in the junior races, Fearne Hanson and James Duffy won their u10 races, Elio Beesley won the u12 race in a new record of 6.58 and Erik Powell won the u14, again with a new record of 7.06.

Pigs are great, it’s well funny watching them scatting about in the mud, snorting and grunting! Whenever a fell race starts from the Hare and Hounds pub at Old Town, its compulsive viewing to have a look at the pigs around the back.  It puts you in mind of what the next hour or so of racing will be like.  So said Darren Fishwick, fell racer extraordinaire of Chorley after the Half Trog Race last Sunday.

The Half Trog is a nine mile slog from Old Town to High Brown Knoll, down to Dean Head Reservoirs, back up to the Whinney Stones before returning to Old Town via Sheepstones. The race has been slightly rerouted because of reseeding work on the moor near Cock Hill. 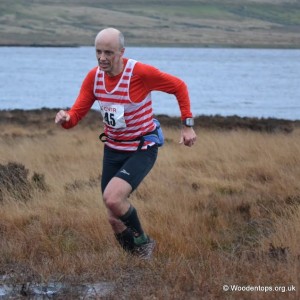 Sunday’s race felt like two separate races. James Logue ran his own race way out in front of the rest of the pack, winning with a very impressive 8 and a half minute margin. He took 1:12:16 to get round the new course.  Paul Hobbs of Todmorden was second.  Bill Johnson, Calder Valley’s own Chairman, had the best result of his career coming in fourth and first V50.  Along with Dave Beels (1st V60 in 20th place) Calder had a veteran winning team.  First woman was Helena Croft of Stadium Runners in 1:39:18 and Todmorden Harriers were the winning woman’s team.

Further back in the field Toby Sydes and Michael Dean were neck and neck until Toby slipped on a concrete bridge injuring his shoulder. He still finished in a respectable 33rd place. 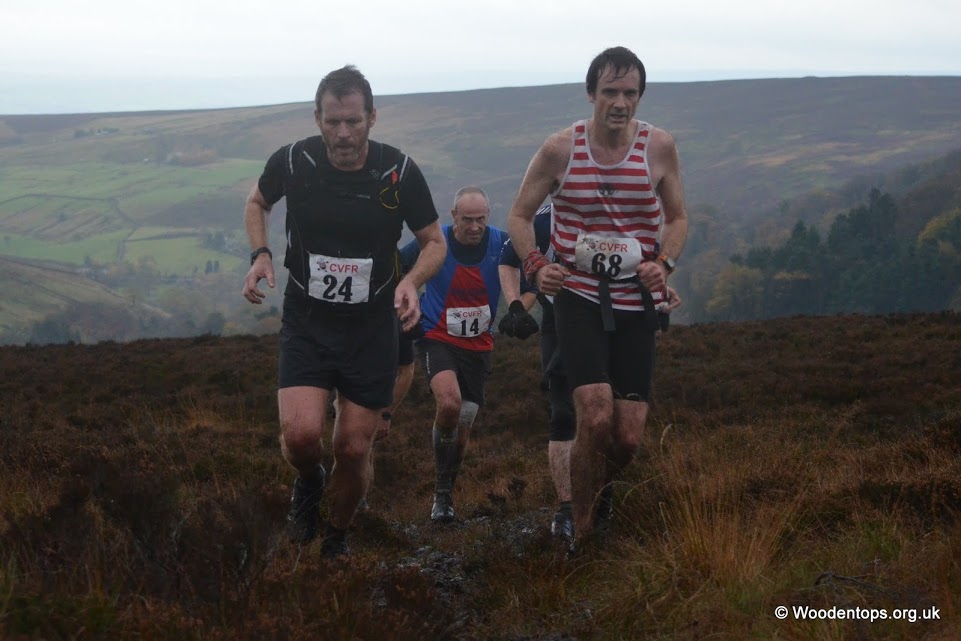 Calders Mike Dean (Left) and Toby Syde’s battling it out for bragging writes.

Yeah it was really wet under foot with plenty of mud, but it’s often like that in these parts.

Further afield (Leek in Staffordshire) saw Karl Grey win the Roaches Fell Race in convincing stile, beating the second place runner by over 12 minutes. He took just 2:04:54 to finish the 15 mile race which includes 1100 metres of climb.  Women’s Captain, Helen Buchan was 62nd and 5th woman in 2:56:59.  Jon Underwood was the third Calder runner to return in 3:04:02 and 86th place.  148 runners took part.

All photos courtesy of Woodentops.