The Best Fell Runners in the Country 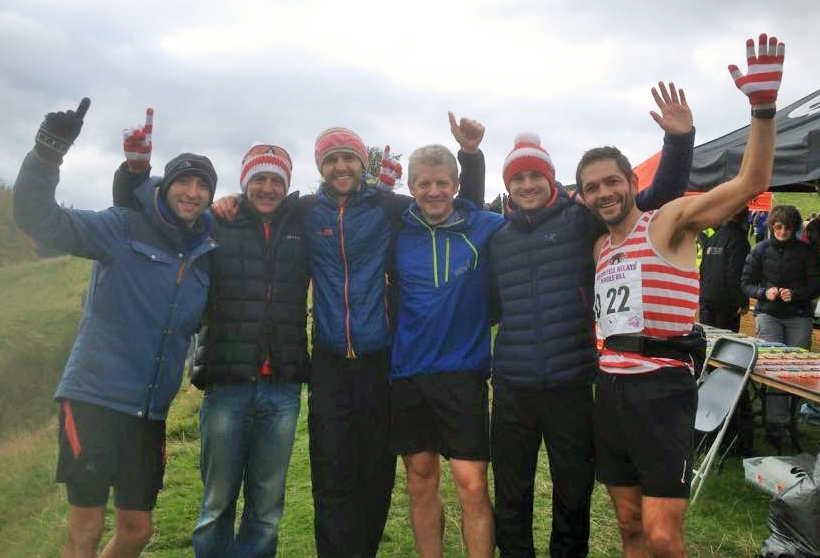 Not content with winning the British and English fell running championships this year, Calder Valley Men’s team wanted to prove they were undoubtedly the best in the country by winning the British Athletics Fell Relays.  Run this year on Pendle Hill and organised by Clayton-le-Moors Harriers, the relays are made up four legs, a short 7km fast first leg, a longer 15km paired second leg, a paired navigation third leg and a fast short 8km glory leg. 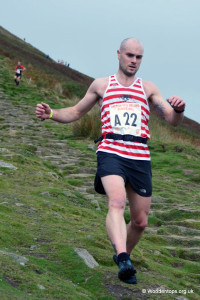 The recent loss at the hands of Borrowdale in the Ian Hodgson Mountain Relay did not hold the team back despite having the added pressure of starting as favourites with South Yorkshire neighbours, Dark Peak.

The mighty hobbit, Timbo ‘Baggins’ Ellis started leg 1 as the team wanted a strong start. Tim has been running well on the short stuff recently so it made perfect sense. As expected, the legend that is Rob Hope romped home in 1st place for Pudsey & Bramley despite struggling with a serious cold.  However when Tim followed him home in 2nd place and just 6 seconds behind, with Helm Hill’s Mark Addison in 3rd, it was the perfect start.

The start of leg 2 looked like a 400m race and it was all Ben Mounsey’s fault who dragged Wales’ best export Math Roberts in his wake.  By the top of the first field they had managed to wrestle the lead from Pudsey’s Graham Pearce and Joe Baxter.  They kept their lead over the rest of the leg to bring Calder back in a strong position for the navigation leg. 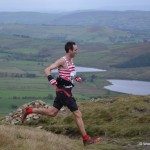 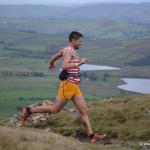 The team were hopeful James Louge and Darren Kay would do the business on Leg 3 but equally there was also a good chance they might murder each other halfway round. Logie Bear likes to take charge and let others follow his lead. Daz also likes to take charge and isn’t afraid of saying what he thinks. Pairing them together was a bold and daring move.

The lead changed more times than Daz changes his sunglasses. There were tears of joy, tears of frustration and for everyone watching tears of relief as the runners approached the changeover. In one of the closest fought relays in years, no fewer than 4 teams sprinted in together with Pudsey and Bramley leading the charge. Thankfully the red and white vests were just behind Horwich and Keswick which meant Karl Gray on Leg 4 was still within touching distance of the lead. That bad news was it would take an unbelievable effort for him to win.

John Heneghan (P&B) led the race out, followed by Sam Stead (Keswick), Jonathan Bruton (Horwich) and Karl Gray (CVFR).  There was much debate over who would take the win once these first 4 runners set off on the first climb. There was also much doubt as to whether Karl could do the business; he was chasing the first 3 right from the start. His team mates never doubted him for a minute. He’s in superb form and no one can match his speed on the descents.

Eventually a figure emerged in the distance. It wasn’t clear at first but then another appeared and another behind them. They quickly disappeared behind the line of trees in front of us and when they finally emerged it was Karl who was now leading the race.

Team gold in the relays now proves Calder Valley Fell Runners are officially the best team in Britain! It was close and it could’ve easily been a very different result had something gone wrong.  Worth all the training and certainly worth the wait.

However the women’s team probably put in the performance of the day.  Anne Johnson ran leg 1 and got the team off to a perfect start despite hating the descent. It really is amazing to have an athlete of her calibre & experience in the team. 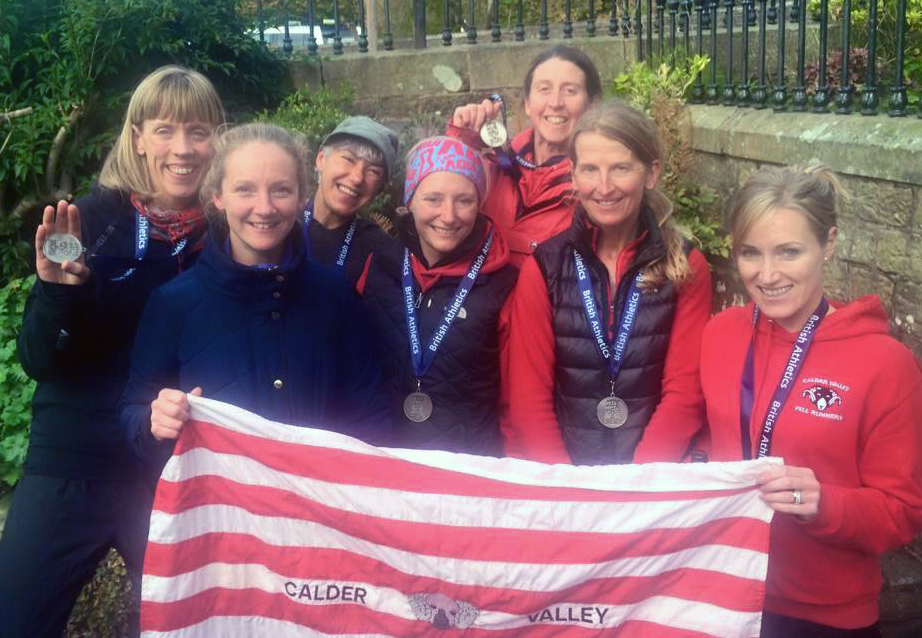 Gayle Sugden and Sally Newman both had an amazing run on Leg 2 bringing the women in 4th at the end of their leg. All this despite Sally being full of a cold and thinking she might not be fit enough to run at all.

Leg 3 was definitely the run of the day.  Jo Buckley was in charge of the navigation,

Lindsey Oldfield just did what she was told! Their split to CP1 was faster than Calder Valley’s v40 men’s team time. Lindsey was absolutely destroyed at the end of the leg couldn’t speak for a good 30 minutes.  Lindsey and Jo brought the team up to 2nd at the end of leg 3. Cue massive excitement. 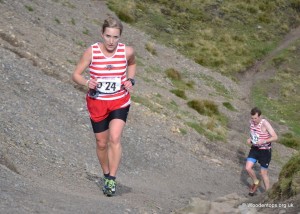 Leg 4 was run brilliantly by new signing Lucy Collins. She gave her absolute all, kept her cool & held on to 2nd place, meaning Calder Valley has won the silver medal.

Anne commented that she didn’t expect to ever win a British Relay medal ever again, so she really was chuffed to bits! Calder Valley are extremely proud of them all.