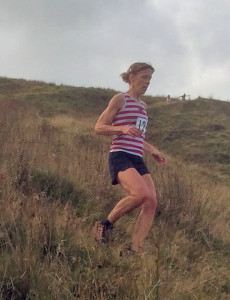 Thieveley Pike is a long established race, run out of Cliviger (the other side of Todmorden for the Lancashirephobic).  It was the second to last short race in the Calder Valley Fell Runners Championship.  So there were loads of red and white striped competitors.

Some may doubt the dubious logic of holding a fell race and sheep dog trials in the same field, but the Shepherds Meet has always been held at the same time as the fell race.  Never mind that three sheep were herded up the finishing funnel by runners rather than the dog.

After a mile of undulating track the race takes a ridiculously steep turn towards the Pike, which is reached after another mile.  There then follows a runnable descent followed by a more technical steep descent before retuning on the track.

There were some great performances from many of the Calder runners, not least Gayle who won the women’s race with Lindsey Oldfield in third.  Along with Carolyn Shimwell, the Calder women took the first team prize.  Putting weeks of Tuesday night animal rescue training into practice, Lindsay also expertly directed a misguided horse safely off the race route as part of her race warm up.

For the men, Martin Howard was fourth and first under 23.  He overtook Mark O’Conner on the final descent, flying downhill then continuing to pick off 6th and 5th at a blistering pace.  Richard Sunderland was 1st V40 and along with Iain Powell (3rd V40) these four took the Men’s Team Prize. 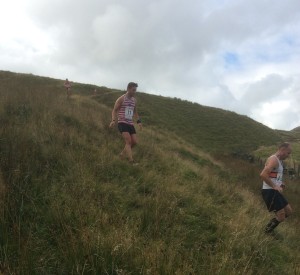 Further down the field, Andy Wright made a good comeback from his (personally) disappointing result at the Yorkshireman Marathon, with a sprint finish to come in 36th place.  Toby Sydes continued his good form to finish less than 30 seconds in front of Nathan Kennaugh.  There was some serious battling between Jake Ackroyd, Ben Frechette, Richard Ingram, Stephen Grimley, and Tim Brooks who all swapped places at various points in the race.  Only 80 seconds separated these five.

Calder Valley Juniors had some good results too.  The under 14s start off with the seniors but then take their own course after the first hands and feet climb.  Erik Powell was 3rd for Calder and Molly Blacker was first girl back.  Even better results came in the under 12s, under 10s and under 8s with Joseph Hobbs, James Duffy and Wynn Standish all winning their respective races.

The RAB Mountain Marathon was held in Snowdonia this year.  A two day event where competitors have to carry all their equipment for an overnight camp while independently navigating around a course of up to 17 miles a day.  These events are a true test of mountain craft. 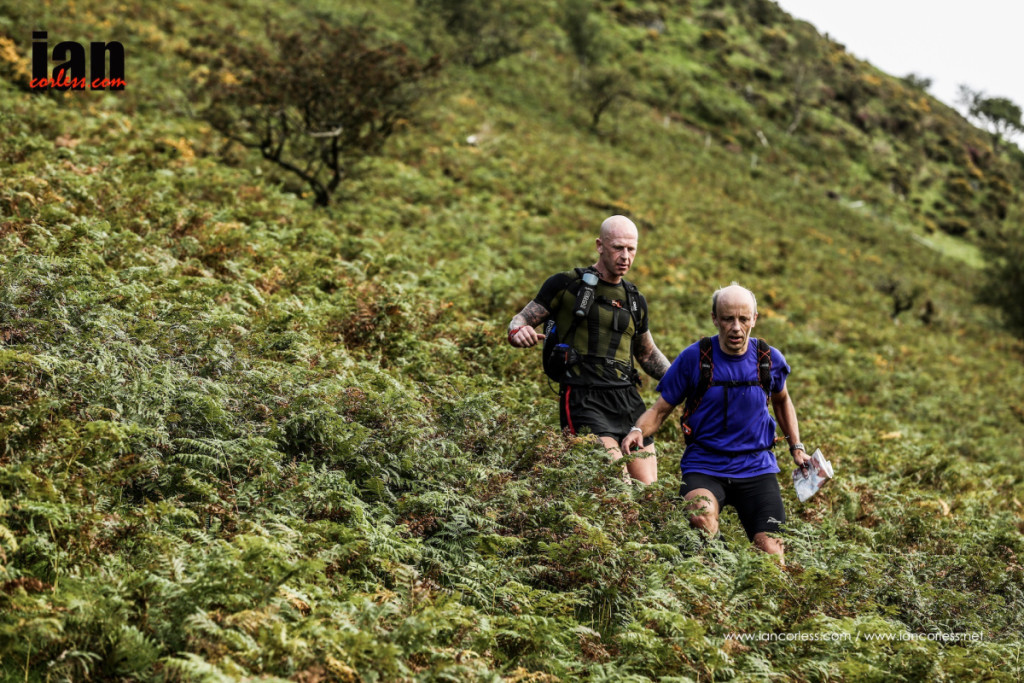 More top results from Calder’s compass champions, Jackie and Phil Scarf were first mixed vets in the short score and 4th overall.  Bill Johnson and John Minta were first vet men on the long score.  John said “Bill did all work, I just followed on slowly behind”.  Perhaps next time Bill will find he’s carrying more of the kit. 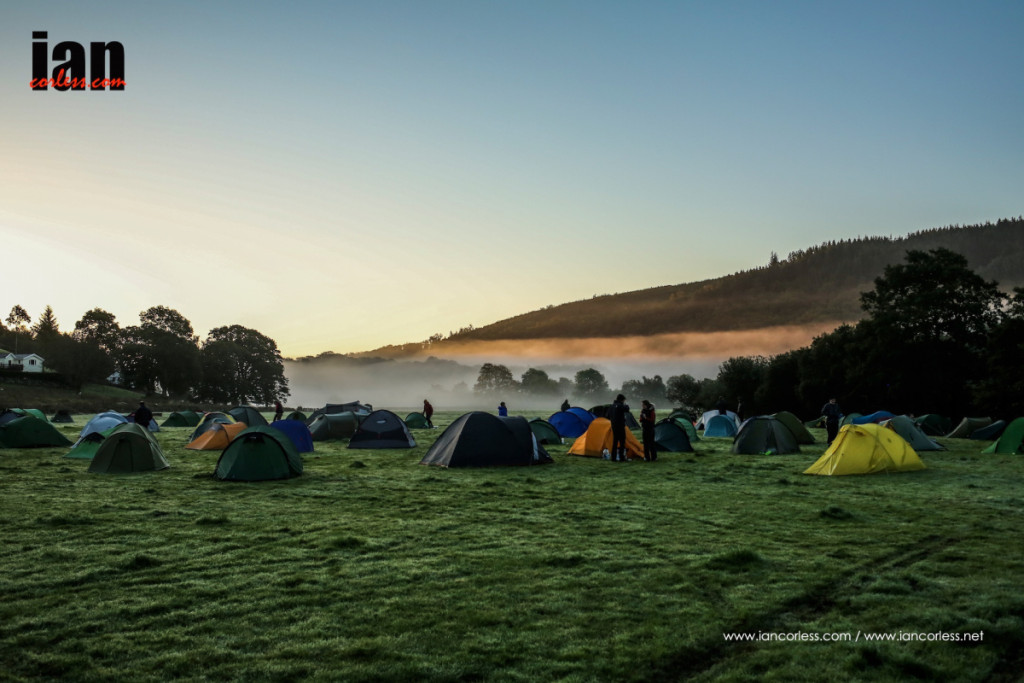