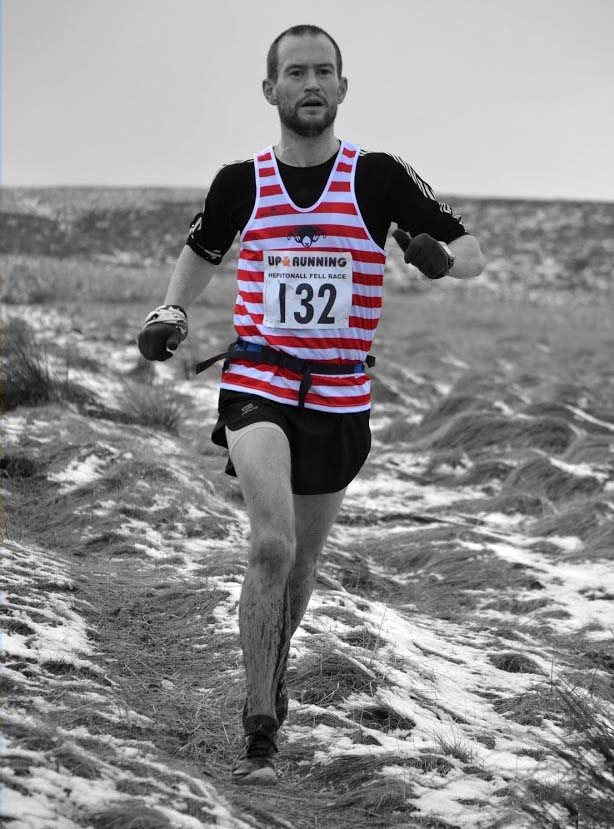 Calder Valley’s Ian Symington followed up his fourth place in last month’s Haworth Hobble with a magnificent win at the 37 mile Calderdale Hike. The longest and toughest of local fell races has been run by the 24th St Paul’s Scout Group since 1979 and they offer fantastic hospitality and catering at an extremely well run event. The 37 mile “long” route is a particular favourite of that rare breed of masochist, the ultra-distance fell runner.

The race now features as the second event, after the Hobble, in the prestigious “Run Further” series. Runners have to find their own way between check points without the aid of flags. This year’s competitors faced a new route in addition to gale force winds, hale, and rain as they lined up at dawn, for the 7am start at Sowerby Cricket Club.As storm clouds gathered the 200 runners began a gruelling tour of Rishworth Moor, Windy Hill, Blackstone Edge and Turnslack Moor, before trekking along part of the Rossendale Way to Todmorden Moor, and onto Cornholme, Mount Cross and Lumbutts. They passed below Stoodley Pike to Erringden Grange, Mytholmroyd, Nab End Quarries, and back to the cricket club. Nothing was going to come between the reigning Run Further champion and his goal and Symington seized maximum series points  in a staggering 5 hours and 31 minutes. Valley’s Mark O’Connor had a storming run in this longer distance with a great third place whilst Calders Linda Murgatroyd and Tod’s Elise Milnes were joint third women. 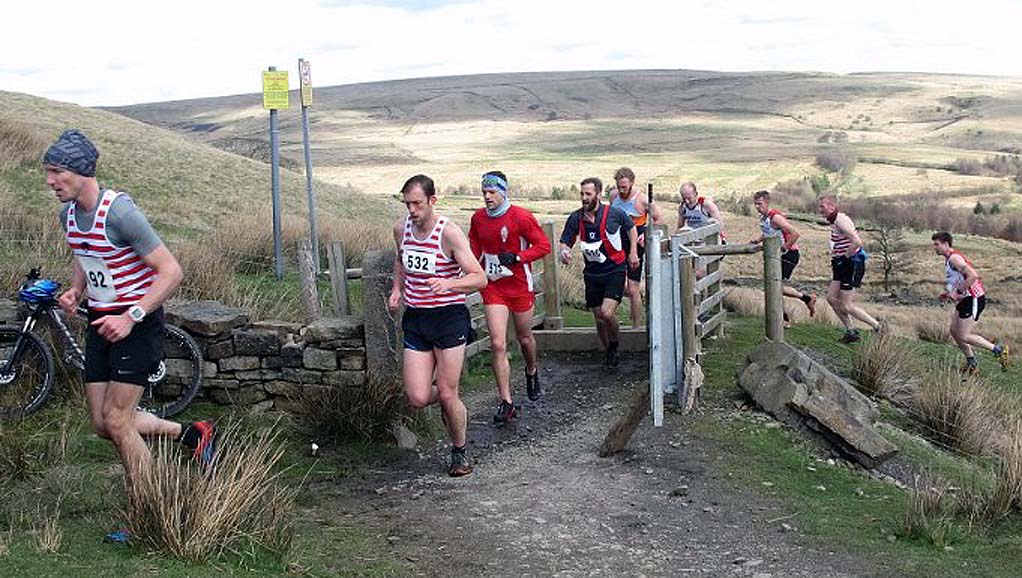 Calder Valley FR had three runners in the top nine at the Wardle Skyline race organised by Rochdale Harriers. The race over moorland terrain from Wardle, north of Rochdale, attracted 186 runners. Pudsey and Bramley’s Neal Crampton won in 48:10. Jon Smith was first Valley runner in sixth in 51:29. Steve Smithies was eighth in 51:39 with Iain Glendenning next 16 seconds behind in an event which was part of the Calder Valley club championship. Jo Buckley was second senior woman in 37th in 55:29.