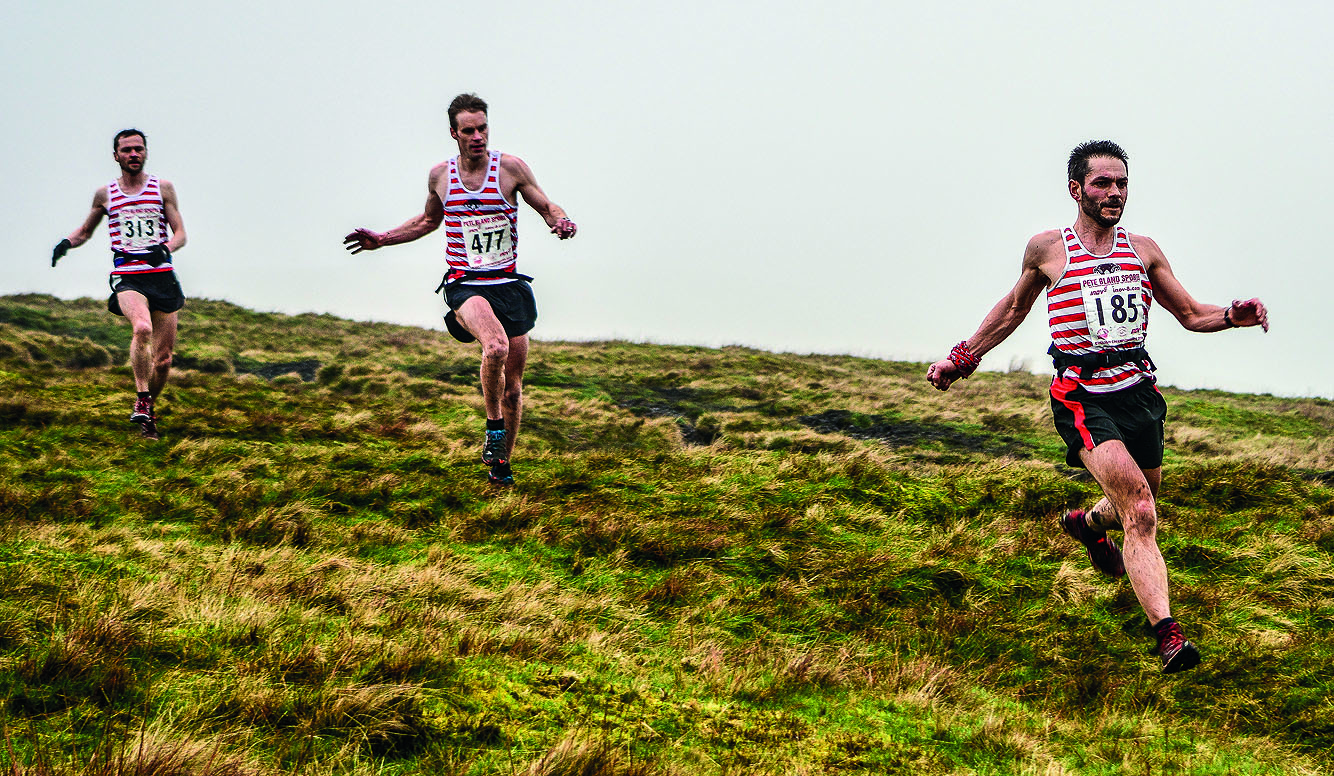 3 do battle at Pendle – courtesy of Racing Snakes

If Sky Sports choose one day to cover fell running, even their marketing department’s famous hyperbole would have been stretched to the limit this weekend. Not only did we have a Super Saturday but also a Super Sunday with a host of top level events taking place.

Pick of the bunch was the English Fell Running Championship showdown at Pendle Hill near Burnley on Saturday. The 4.5m/1499ft race is a swift affair but does include a couple of vertiginous climbs up Lancashire’s famous hill. With an entry list reading like the Harlem Globe Trotters of fell running, knowledgeable observers reckoned the field was the strongest they’d seen, with some seriously able runners descending on the quaint village of Barley.

Calder sent over a boat load of runners and in the men’s race, it was Tim Ellis who showed strongest with an excellent 9th place. Brighouse maestro Karl Gray came in 13th after an intense duel with club mates Gav Mulholland and Alex Whittem, both proven winners on the circuit. Tom Addison of Helm Hill won the men’s race in a fantastic time of 32:55.

Performance of the day however was saved for the ladies race, run separately to the mens’, where Heptonstall’s Holly Page smoked round in 40:40 to claim a stunning second place, beating a host of other luminaries, and being beaten only by England runner Victoria Wilkinson. Sally Newman again made a mockery of many younger athletes by blazing round in 14th place and must be a favourite to win the V50 title this year. Third Calder lady home was Gayle Sugden in 25th to cement Calder’s second place overall in the ladies trophy.

For those of you who like your fell races longer, in fact much, much longer, and with a bit of climb thrown in too, then the Lakeland 42 challenge should do you. The 42 denotes the mileage and this brutal event, held out of Askham was chance for Calder’s Ian Symington to showcase his enduring skill once more with a very impressive 2nd place in 8hrs 56mins. Also worthy of equal mention is Bill Johnson’s brilliant 10th place. Steady drizzle and low mist made conditions extra tough and navigation tricky. 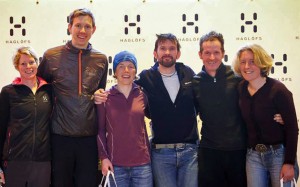 In the Haglofs Open 5 Adventure Series, the latest event out of Coniston saw Barbara Lonsdale and James Williams claim victory in the mixed pairs event, further demonstrating how hard they are to beat at this level. In the same event Cragg Vale pairing Phil & Jackie Scarf claimed yet more silverware with a resolute 3rd place, and it is rare these days that either of these pairs return empty handed.