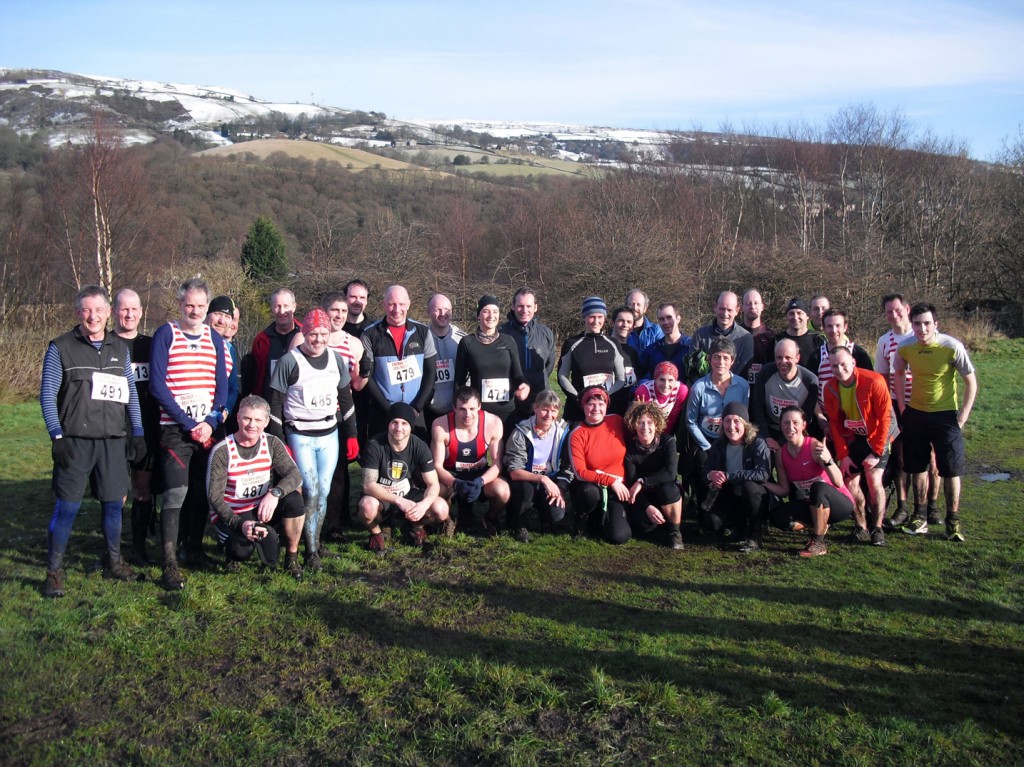 In glorious sunny conditions and snow covered moors Calder Valley held their annual winter handicap. The handicap gives any member the opportunity to win this trophy. 32 club members braved the 5 and half mile run up to and around Stoodley Pike via Errindgen Moor. Given the conditions the moor was in slightly better condition underfoot than the usual mud bath. Catherine Plane, a fairly new member to the club, led the handicap from start to finish but had to dig in deep not to be caught by some of her club mates. A stunning run from Karl Gray saw him break the current handicap record to record the fastest time on the day of 36 mins & 52 seconds … a time most of us can only dream of!!! Sharon Godsman had one of her best runs on the handicap to take the fastest ladies prize in a time of 53 mins & 42 seconds. Abit of socialising with a beer and some butties in the Shoulder ended a very good club event indeed. Well done all. 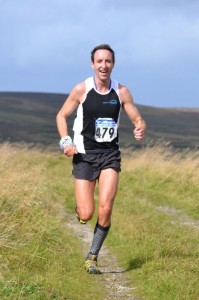 Saturday saw the smooth delivery of yet another event arranged by LDWA organiser Alan Greenwood, however as a Long Distance Walkers Association event, the Hebden Challenge is not strictly a race, but instead more of a social event combined with a personal challenge. Those undertaking the 22 mile route, or the shorter 15 mile option, round the moors above Mytholmroyd and Hebden Bridge, were rewarded with a fine array of refreshments around the route and at the finish. Comments from many participants suggest it’s the prospect of pie, peas and mulled wine that gets them round the course and back on the entry list the following year.

Not all participants found time to enjoy this fine fayre, with fell runners aiming to run the route as quickly as possible. By the first check point, Calder’s on form Ben Mounsey and last year’s first man home Gavin Mulholland had established a strong lead of 10 minutes. The pair continued to run together until mile 20 ‘to make it more social’ explained Ben. Mortals among us may wonder how anyone finds the energy to talk at such a speed, but in a role reversal to last year, it was Ben who had saved enough breath to push on ahead for the finish, with Gavin urging him on to break the 3 hour mark.

Finishing well within 3 hours in a new record time of 2 hours 53 minutes, Ben looks to have already completed his new year’s resolution to do better over long distances. With high winds and mud underfoot to contend with this is a fantastic achievement and bodes well for the fell running season ahead of him at home and internationally.

On the shorter route, relative newcomers Vicky Butcher and Melanie Nicholson had a great run, finishing substantially closer to the front than the back of the field – an impressive achievement which shows that they have definitely graduated from the beginners’ group they started with just a year ago.

If you think this sounds like fun, why not do as Vicky and Melanie did and come along to Calder Valley’s next ‘have a go day’ this Saturday, 28th January. See ‘New Years Resolution’ on this home page for details.

It was one to remember when we celebrated our year end presentation evening. With an 80s theme for fancy dress no shyness was shown among the winners of trophies that evening. Ben “Freddie” Mounsey took his first club championship title and was presented with the trophy by last years winner and close friend “The Elf” Mulholland. Zippy Stevens made a late showing in the champs to clinch 2nd place and also the 1st vets prize. Rob Dobson improved over the year and held on to 3rd place but lost the club handicap championship by the very thininest of margins to Mark Wharton. Mrs “George” Stevens was a worthy winner of the ladies title this year. After wallys and Plonker point awards and lots of lovely grub it was down to some serious dancing.

And to see the final results of the club championships click here.