This week saw a couple of the club’s hardiest ultra-runners finish preparations and set off on the Montane Spine race – one of the world’s toughest endurance races. This epic challenge sees racers run along the full Pennine Way, running non-stop from Edale to Kirk Yetholm on the Scottish border. Many of the club ran up on Sunday to cheer ‘Spiners’ on or even keep them company for a few miles, as they passed through or near our Valley.

With so much attention turned towards supporting club members on the Spine and settling into ‘dot watching’ for the rest of the week (as trackers mark racers progress along this iconic and tough route), racing was largely on the back burner for the club. However, five brave club members – Ed Hyland, Fiona Lynch, Emily Ledder, Stuart Russell and Jonny Croston completed the redoubtable Trigger Race on Sunday 9th January.

For the Trigger Race, competitors run in the opposite direction to Spine runners – towards Edale – this time all the way from Marsden, over Black Hill, Bleaklow and Kinder. Whilst the linear route measures 21 miles with an eye-watering 1650m feet climb, the race includes quite a lot of navigation. Runners have to run a few set points and ways around landmarks such as Butterley Reservoir, but they are free to choose their own routes or ‘lines’ across the moors. Consequently, some racers are likely to run further and ascend a lot more – depending on their navigation skills and  the ‘lines’ they choose, as they run between the three trig points that give this race its name: Black Hill, Higher Shelf and Kinder North Sandy Heys.

The 2022 event marked the 10th year of this race, after the 2021 edition had to be cancelled due to the pandemic. This year, 162 runners signed up and set off in rain, wind, snow and clag, but only 143 crossing the finish line. 19 had to abandon the race en route, struggling with the tough course and baltic conditions.  One competitor needed to be helicoptered off the moors. 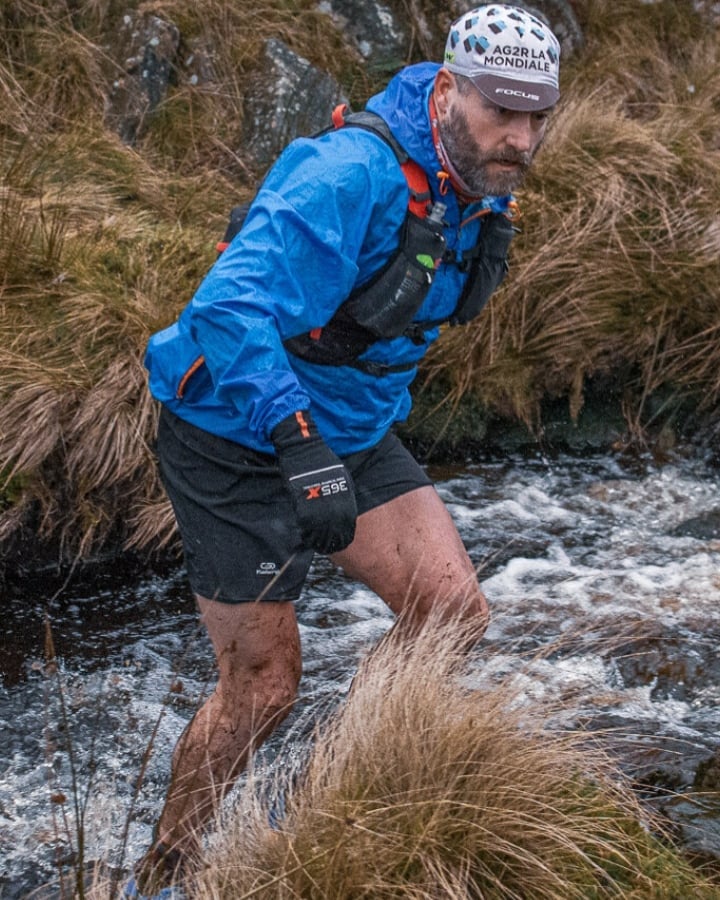 Jonny concentrating so as not to fall in the cold water

Croston, who ran 24.3 miles and an astounding 4534 feet of ascent, finished the race in just under 4 hours and 29 minutes and was 21st overall. He reports how it started off mild and ‘fairly innocuous’ but then ‘the weather came in over Black Hill, with sleet/hail and slippy conditions on the Pennine Way slabs. He recalls how it was on the climb out of Torside that runners encountered proper winter conditions with snow, and how, by the Higher Shelf Stone – where racers started passing Spine runners going the other way – it was full white-out conditions. The last climb up to Sandy Hey on Kinder Scout was a ‘scramble in the snow’, following the winner’s footprints towards Grindstone Knoll and Edale beyond. 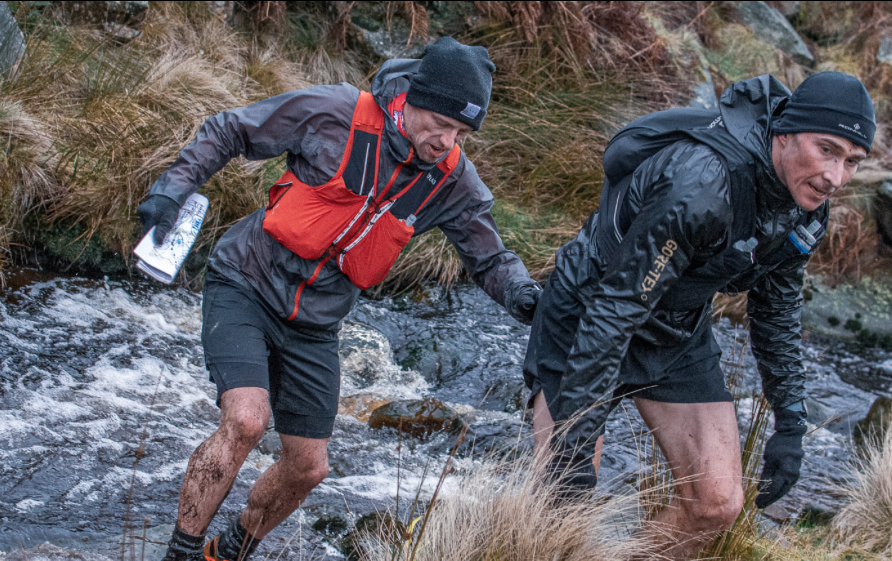 The men’s and women’s races were won by fell running royalty: Chris Phillips of Saddleworth Runners in 3 hours 40 minutes  and Jasmin Paris of Carnethy in 4 hours and 1 minute. CVFR’s Ed Hyland navigated and ran an excellent race. His route was 24 miles exactly, with a lung-busting 3795 feet of ascent. Hyland finished the race just 28 seconds shy of four hours – a blistering pace to take 8th place. And this, despite struggling on the last step climb up to the final checkpoint at Sandy Heys, plus admitting feeling ‘borderline hypothermic’ on crossing the finish line.

Hyland described the race as an “experience” and a ‘proper eye opener’ to racing in wintery conditions. He has learnt some valuable lessons about kit for this kind of event and looks forward to getting out there and building on his result and banking this experience next year. 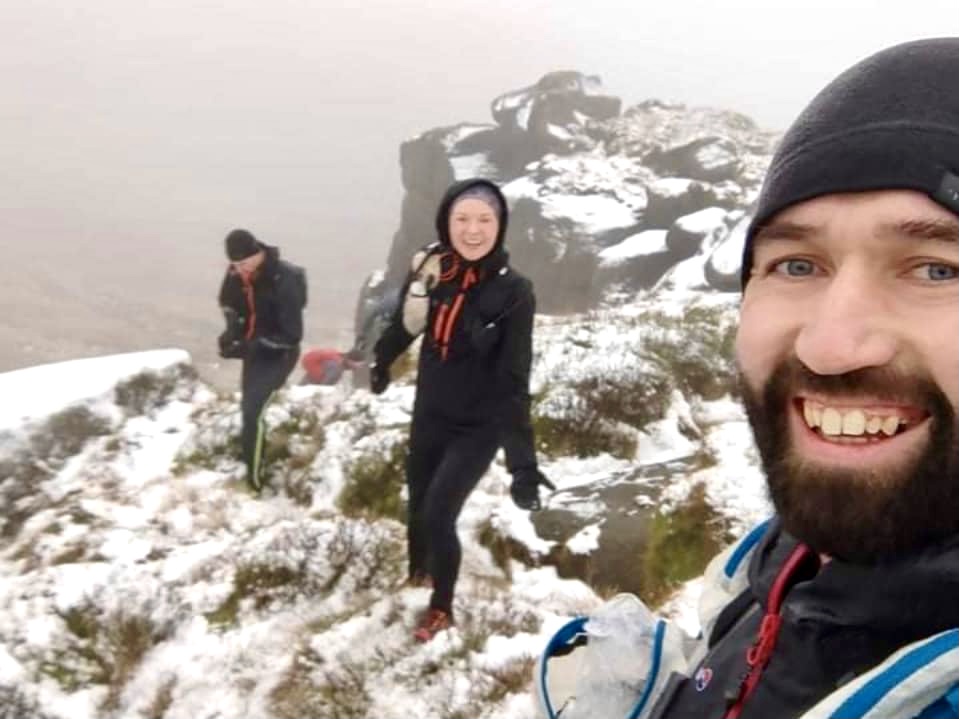 Flying the red and white stripped flag for the women, CVFR’s Fiona Lynch completed the punishing route in an impressive 5 hours and 19 minutes. When asked how she had found it, her first response was ‘it was cold!’ She then recounted having had ‘fun’ pointing her compass into the clag for a couple of miles over Bleaklow & being totally ‘amazed’ when it still worked, even though she could see nothing. CVFR’s Emily Ledder, using all her mountain rescue experience in these conditions, completed the race in 6 hours 19 minutes.

All of the clubs were full of praise for Woodhead Mountain Rescue who were out in force for hours in such grim conditions. All profits from this yearly race go to this Mountain Rescue Team, who are on call on the day itself to assist with any incidents, as well as throughout the year.