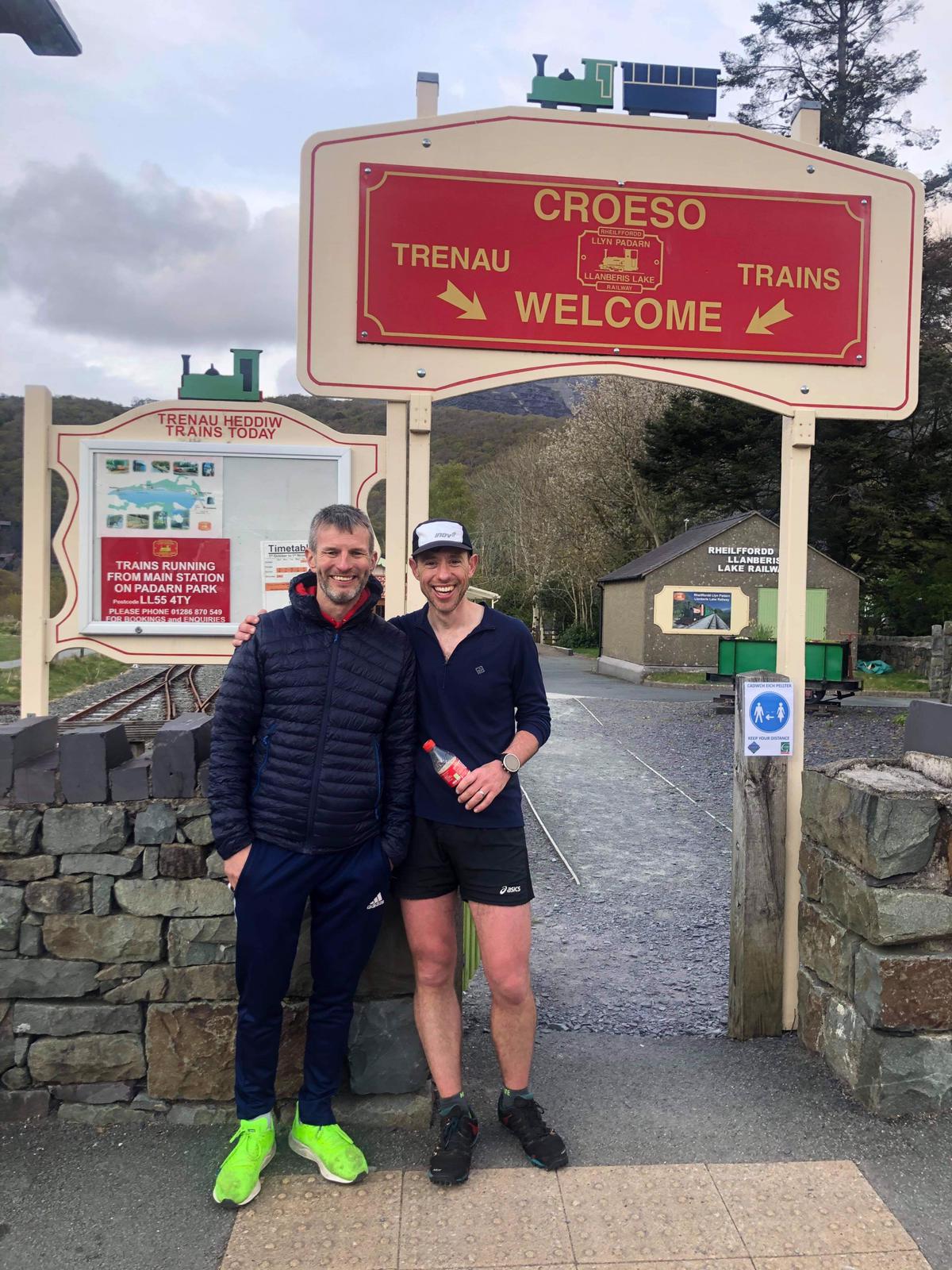 The Paddy Buckley Round or Everest in a Day

The Paddy Buckley Round or the Welsh Classical is a true endurance challenge taking in forty-seven of Snowdonia’s peaks. The challenge, first completed in 1982, is just over 100km in length and includes 29,000 feet of climbing. With the Lakeland Bob Graham Round and the Ramsey Round in Scotland, it counts as one of the ‘Big 3’ fell running Rounds.

So, what better way to spend the early May holiday weekend than climbing the equivalent of Mount Everest (29,032 ft) in 24 hours supported by a group of your running buddies. 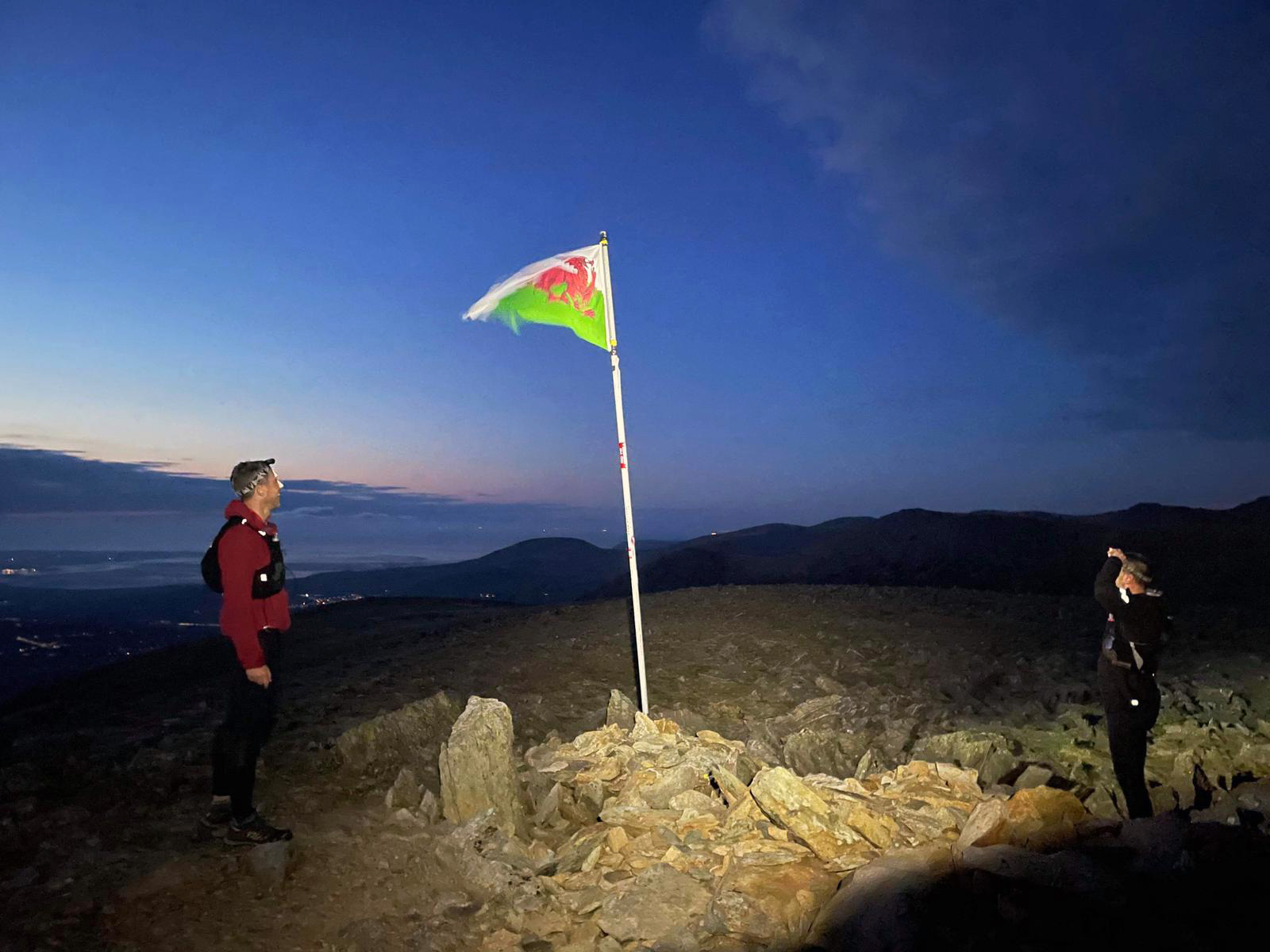 Calder Valley Fell Runners Lee Shimwell and Dougie Zinis took on the challenge supported by a team of club mates who each ran sections of the Paddy Buckley with them while others provided road back-up.  Moral support and safety in these difficult times are paramount.

The Round is organised in five sections and takes in four 1,000 metre peaks including Carnedd Dafydd, Carnedd Llewleyn, Garnedd Ugain and at 1,085m altitude, the big one, Yr Wyddfa (Snowdon). There is no precise route for the challenge but runners must scale all forty-seven peaks in order.

Lee and Dougie opted to run the course clockwise setting off from Llanberis at 9.00pm on Saturday evening getting the night run complete while they were still fresh and then pushing on for the rest of the round in the light. The aim for the night section was to be ahead of target at Capel, 20 miles in, and then eat into the schedule in the daylight. The two runners worked hard together with their support teams during the night and then moved on as planned at different rates at daybreak with Dougie edging ahead. 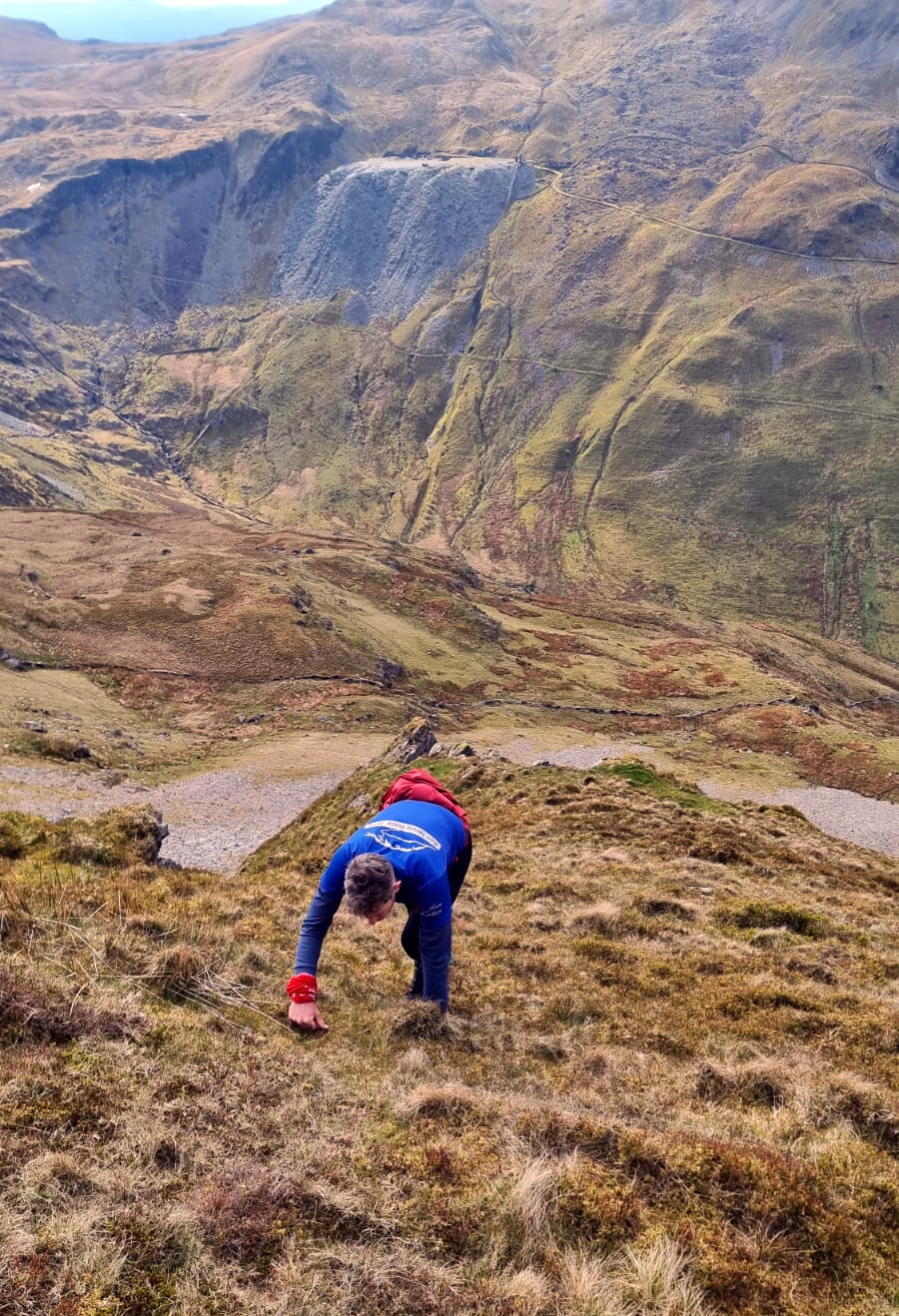 Lee on steep slopes of Cnicht

The weather is a critical factor in the challenge. Both have run the Round before and are experienced ultra-runners but neither had come in under the magic 24-hour mark mainly due to poor weather conditions.

There is still snow on the higher reaches of Snowdonia in early May but conditions were good under foot and, despite the cold and a brief white-out on Yr Wyddfa, it was a clear night and overall the weather was excellent. 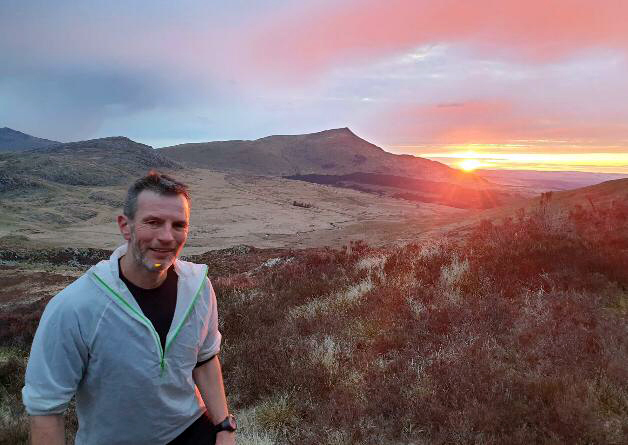 Real highlights for Dougie and Lee are not just what nature throws at you on the Round but the magic of witnessing a blood moonrise with another peak in front of you and a few hours later, catching the perfect sunrise over Snowdonia. That and the encouragement from local families coming out to cheer them on, along with the camaraderie of the support team keeping their spirits up throughout.

Two very happy runners completed the Round well ahead of their target times with Dougie returning to Llanberis in 20.40 and Lee not far behind in 22.41.  Great work by both runners and definitely time to put their feet up.

The Paddy Buckley Round records are:

There is no exact time limit for the Round but there is a general aim to complete the course within 24 hours.