This summer has been like buses, you wait for one record-breaking run to come, and along comes a string of them. Calder’s international star, Holly Page showed her class on her Tour of the Mamores in the Scottish Highlands this weekend to set the new women’s record in 6:03:48. This is not one for novices! 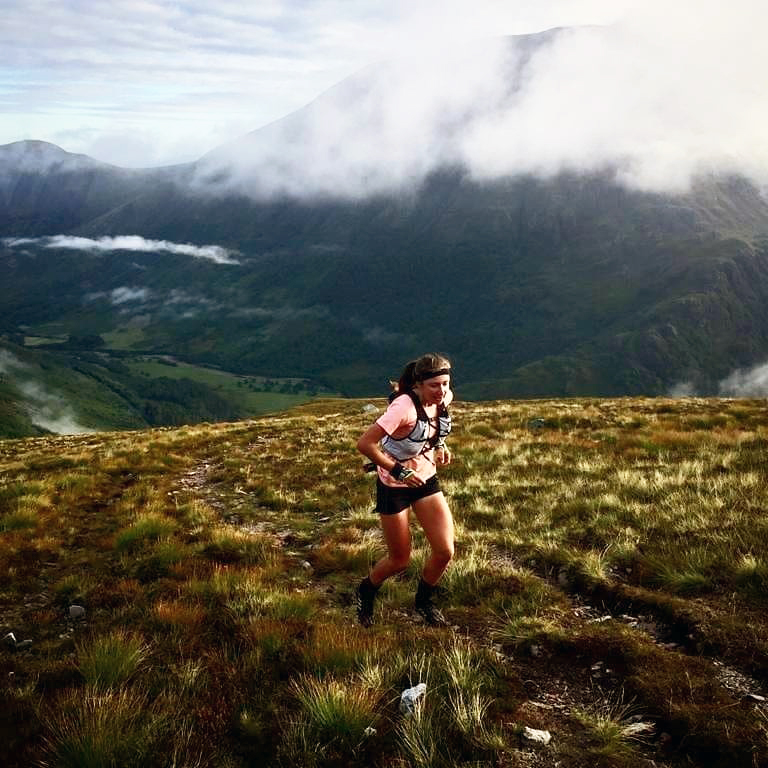 “The “Tour of the Mamores” had been on my radar for a little while and it looked like Sunday would be the only real opportunity for clear skies for a little while. Chatting to @finlaywild on a little bike ride made me think it was maybe feasible to bring the women’s time down so I thought why not give it a try.

The loop covers much of the first half of the Ramsay Round and incorporates the four tops of the classic “Ring of Steall”, going over 10 munros (and an 11th which was declassified!), taking in steep rocky ridges and of course a few slow, boggy hillsides. And yesterday I was treated to an epic cloud inversion and some stunning views. 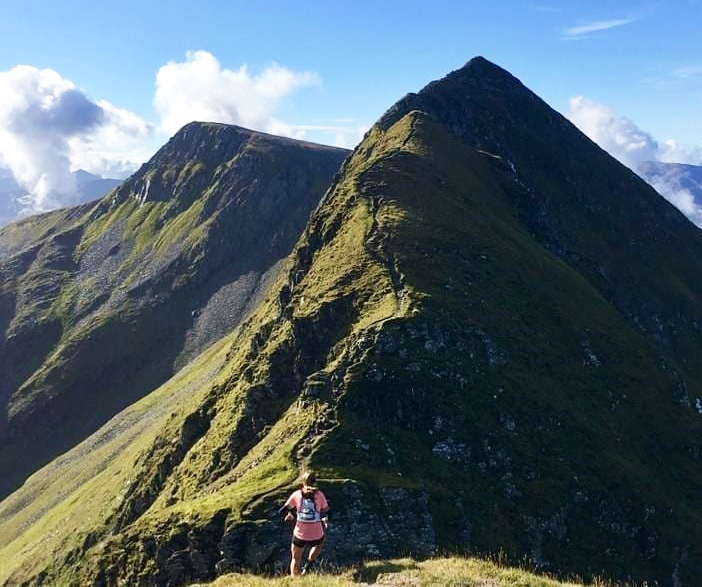 I didn’t have much confidence that my body would make it all the way round after a fair few aches and pains over the last months so I was quite apprehensive before starting, taking it steadily to start with and aware of different “escape routes” I could take if ailments were starting to become intolerable.

But in the end I felt really good the whole way round, my legs were a bit tired from the start given I’d not had any rest but I didn’t have any moments of feeling “down” and towards the end I could enjoy that race-like feeling of pushing hard in the mountains rather than flailing around in bogs and pathless heather (though there was a bit of that!). 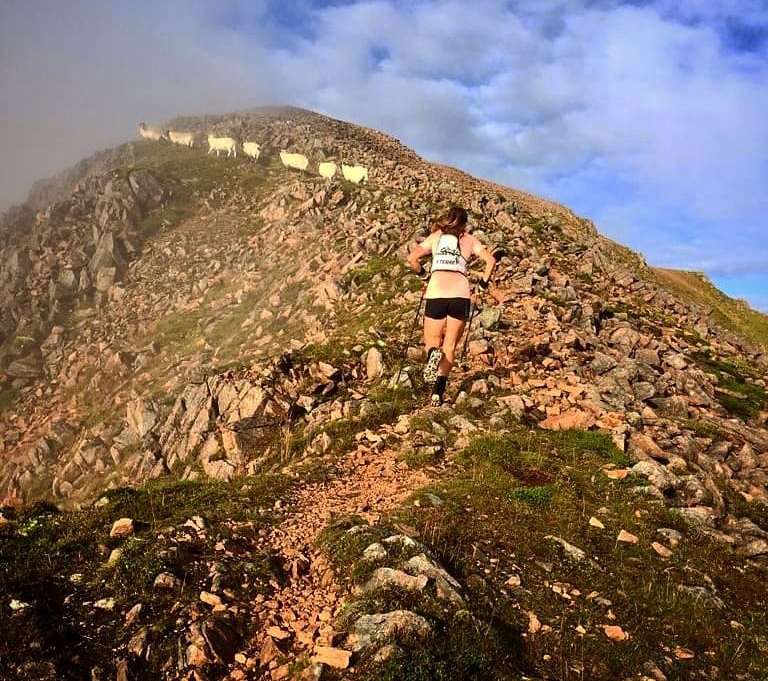 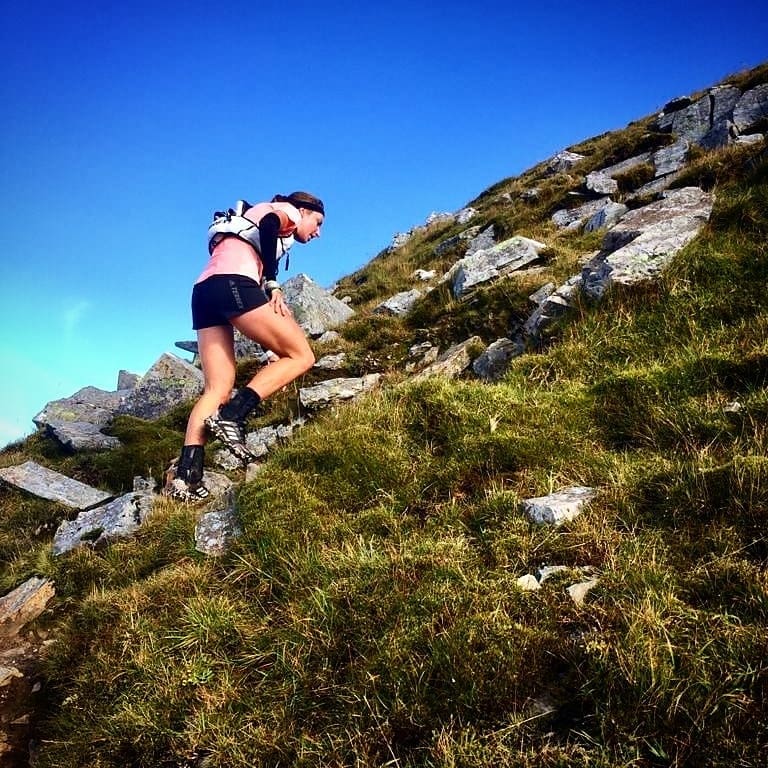 Holly sets the pace on the Mamores

A lovely day out indeed! I very much enjoyed my fish and chips and box of ice creams afterwards”

The future is definitely bright  for women’s fell running with established stars like Holly and new stars in the making at CVFR.

Emilia Wright (aged 15) and her mum Di have recently completed the Yorkshire 3 Peaks- circuit from Horton in Ribblesdale Pen y Ghent, taking in Whernside on the way to Ingleborough. With 1600m ascent over 40km, the pair finished in approximately 7 hours 20. This is no mean feat at any age, let alone as a junior, or as a mum and daughter pair, overnight. 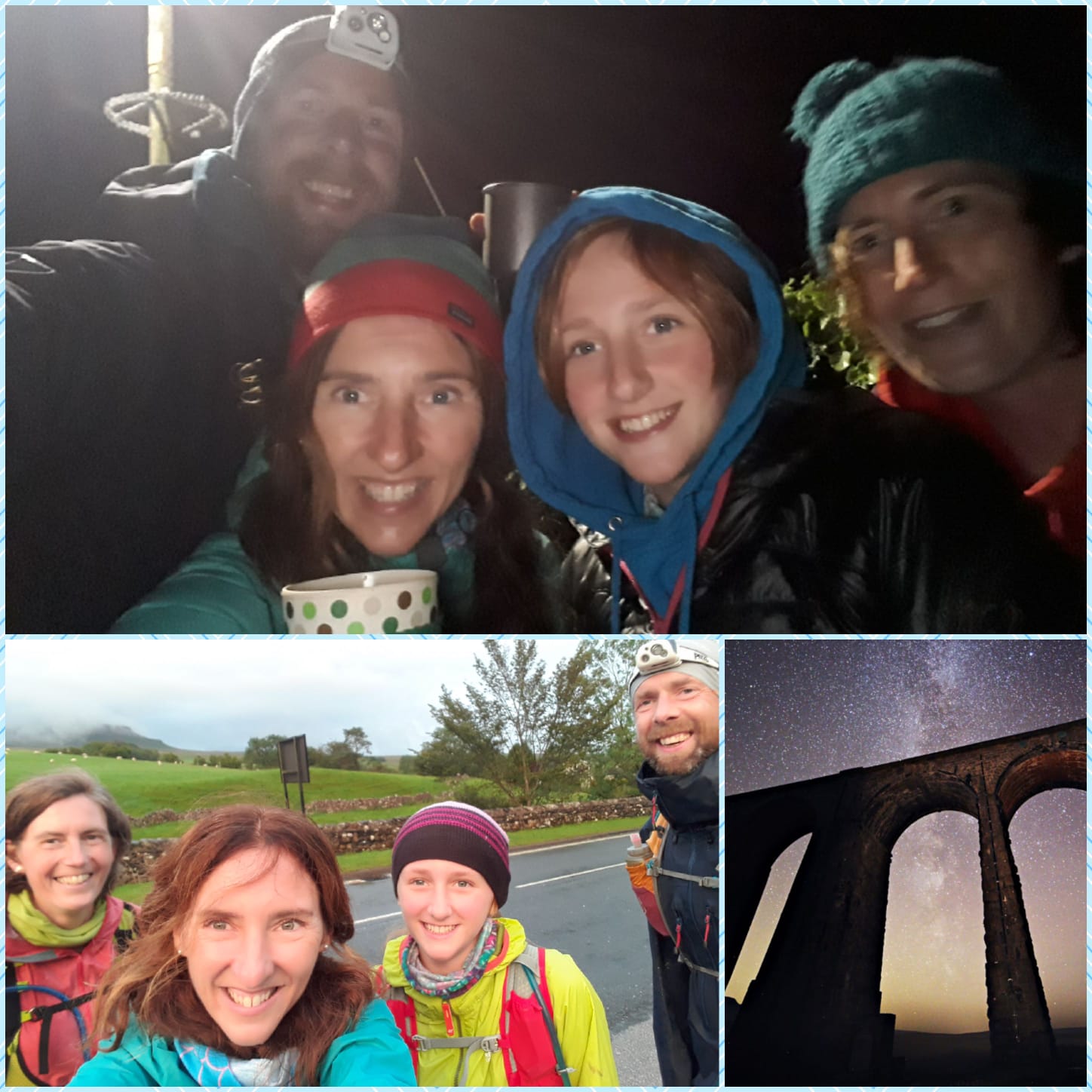 Emilia has been achieving incredible things in such a short space of time. She’s definitely one to watch as her mum Di sums up: “Emilia is thinking of taking on a Bob Graham Round in the future so we thought it would be good to see how she goes overnight…Also we did the 3 Peaks together last year by day together & that time it took us c. 8 hours elapsed – so getting quicker. A high point was the amazing starry skies coming off Whernside…We started in the light – (& rain) just after 8pm & arrived back somewhere before 3.30am in the morning.

Di also noted the role of Gill Dickson, Calder Valley’s best kept secret, who inspires many of our female runners with her passion for running and encouragement to keep pushing further.

One of CVFR’s brightest stars was also back on home soil to take part in the British Championships at Manchester Arena this weekend. Max Horton joined the elite field to finish 8th in the 800m heats.