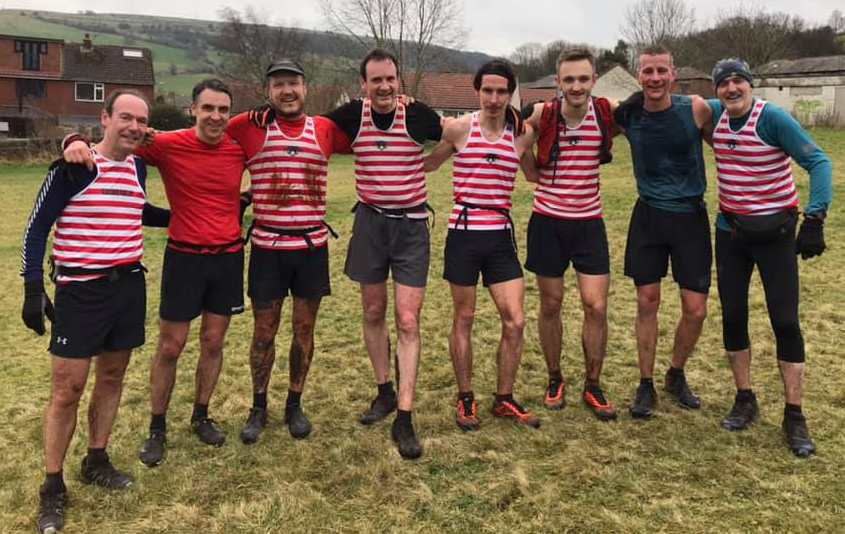 Handicap winner Davies on the left with his vest on the wrong way!!!

It seemed that Lawrence Fennelly was on to take the win descending from Broad Head.  But he took a novel line to the finish allowing Jocasta Fletcher and Andrew Davis to reach Stubbs field first.  An exciting finish ensued with Fletchers leading but was overtaken by Davis yards from the finish line.

New CVFR signing Chris Holdsworth was the fastest runner back in 34 mins 28 seconds beating Karl Gray’s previous record.  Also beating the previous record was U23, Martin Howard in 35:17.  Cass Chisholm was first woman back in 50:11 and Tom Owen was first junior in 46:48

Throughout the year Calder Valley Fell Runners take part a series of club championship races.  The annual presentation evening, at the Trades Club in Hebden Bridge, is a celebration of the best running of the previous year.

The Race Queen titles are awarded to the person scoring most points overall at a particular distance.  Carole Fryer won both the Short and Medium Race Queen with Charlotte Wetton putting in the distance to win the Long Race Queen Title. 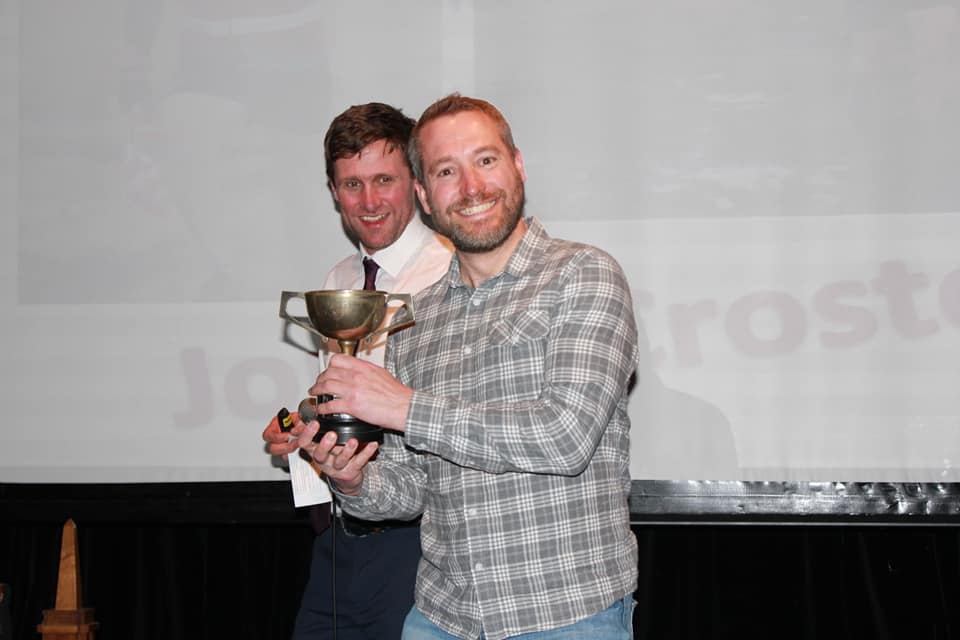 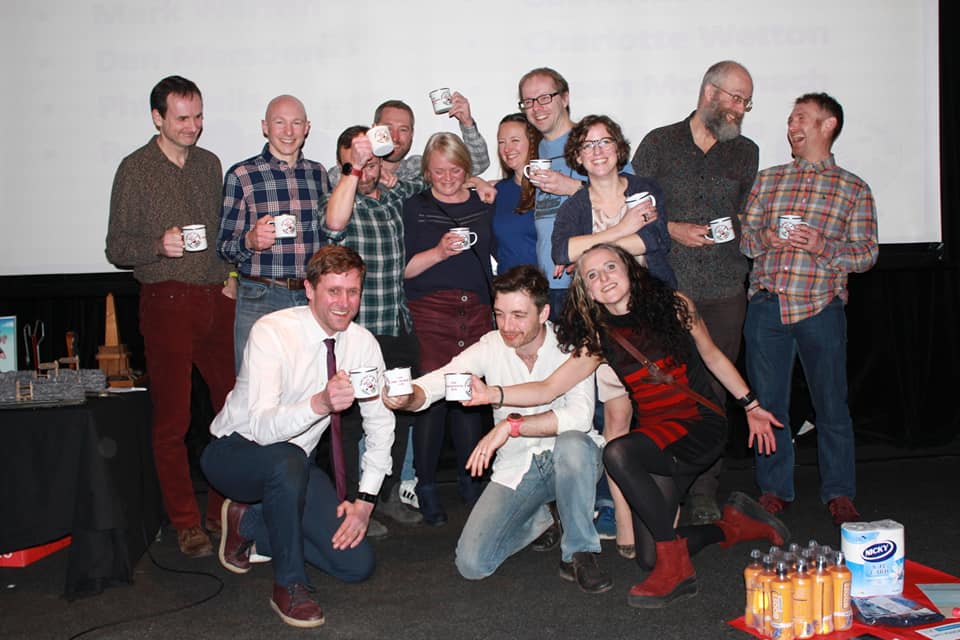 Prize winners … and this was before too much drinking and dancing!!!

Mark Wharton was crowned the V50 champion.  For those who enjoy going long, the Ultra titles were won by Jackie Scarf and for the men, Kevin Hoult.

In the Summer series, a series of short summer races, Jon Emberton and Natasha Butterfield took the crowns.

Club chair, Jocasta Fletcher and Christina Turner took home the less salubrious title of CVFR Navigational Cock-up of the year.  At the start of the Saunders Mountain Marathon, a two day navigational event, they headed up the wrong hill to the first control.  Not realising their mistake until they got to the top, the then had to return to the start 75 minutes behind everyone else. 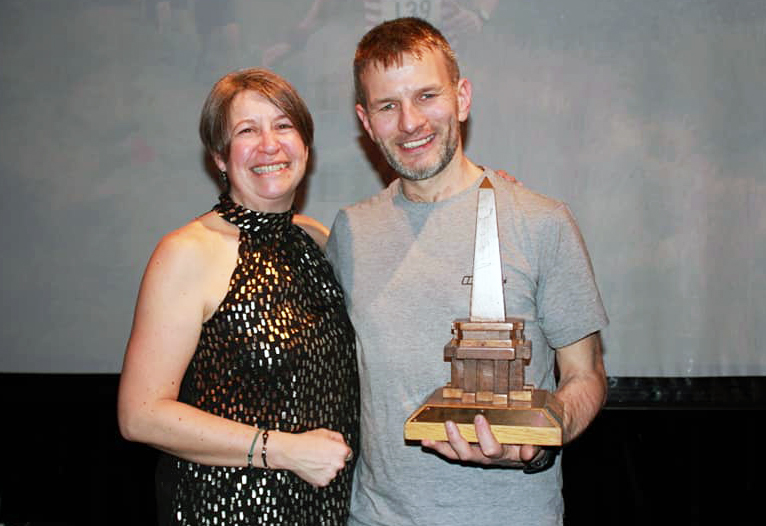 On a more positive note the Brighouse Barber, Dougie Zinnis, winner of the Spine Challenger Race, won the Runner’s Runner of the year award, as voted for by club members.  As well as for his recent triumph, this was for his Bob Graham and Paddy Buckley Rounds last summer.  In addition he is a really supportive member of the club encouraging all runners.

The raffle, organised by Gill Dickson, with prizes donated from club members, raised £193 for Calder Valley Search and Rescue.

Organised by Todmorden Harrier’s Dan Taylor, the Hoofstones race is a blast up the hillside from Lydgate, a tricky navigational section around Stansfield Moor before heading back to the valley bottom.

Calder’s expert navigator, James Louge was third back and first V40 and V50.  Taking 1:04:48 he was less than two minutes behind the winner Peter Davis of Dark Peak. James now holds both the V40 and V50 records for the race. Two other Calder’s chose this race over the Winter Handicap; Anthony Costello was 34th in 1:25:47 and John Nunn was 65th.

Ben Mounsey’s winter training regime in warmer climes is going well.  Following another big week of training in Spain, he was rewarded with a win at the 14km Castell D’Aixà Trail (627m climb).