Red and white hoops could be seen over Tomorden last Tuesday as a number of CV swapped their usual pack run for the Bridestones race to bag points for the club’s Summer series. The route goes past the famous Bridestone and takes in some of the lesser used paths in the upper Calder Valley. A short fast race with steep climbs, fast tracks and demon descents, there’s something for everyone. And again, prizes aplenty for CV. 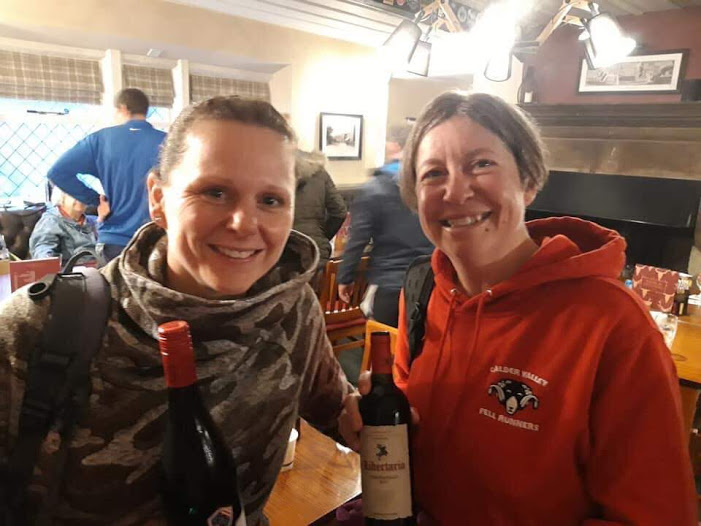 A few CV crossed over the border the following night for the Holcombe fell race. It’s a steep route across and around Holcombe Moor with a bit of everything and numerous punishing climbs. After the downpour on Wednesday the course proved particularly challenging with mudslides, stream crossings and insane slippy slidey mud ascents with many runners just sliding back. But all that didn’t deter CV’s Darren Kay who came in first at 33:10.

One of the Lakeland classics, the 13 mile route is packed with variety and includes much ground new to fell racing in the wild western Lakes. After an eyeballs-out ascent of The Band to Bowfell, the route makes a high-level summit-hopping circuit of Upper Eskdale, including the two highest peaks in the Lakes: Scafell Pike and Scafell. There follows a crossing of what feels like Middle Earth, forging a path from Slight Side to Blisco fast running over the trackless reaches south of Great Moss. Definitely not one for the faint hearted! 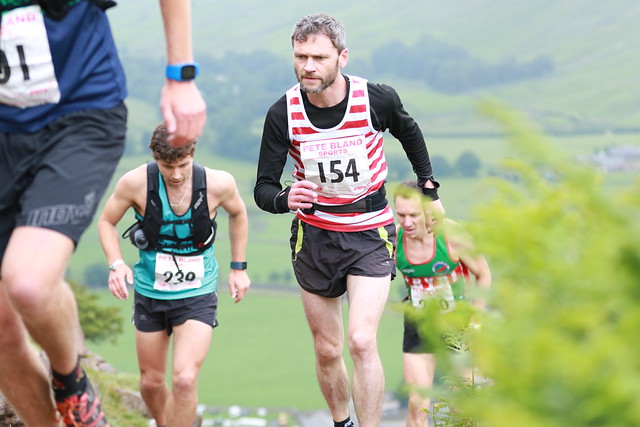