On Sunday, 13th January, Wharfedale Harriers hosted 93 juniors & 254 senior runners for their annual Stanbury Splash Quarry Runs & Soreen Stanbury Splash. Given the atrocious weather conditions, all who raced should be commended – with runners struggling to stay on their feet in the driving rain & gusting winds.

Even the junior competitors’ quarry races were unusually blustery, so much so that CVFR’s rising star Harry Cliff, described how he opted to let the runner who eventually came second go in front of him, so he could shelter behind him from the wind, until the final climb (see photo 1). At that point, Harry stormed ahead to take first place in the under 9’s boys’ race.

All of the CVFR juniors who raced ran well, especially Emilia Wright who finished first U15 girl and Ted Parker (see photo 3), who placed an impressive 11th in his first race after moving up to the U11 age category. Finally, Sam Annison, who was aiming for a top 5 finish, may have come in 7th, but this was despite losing one shoe in the false start & the race starting without him (the other runners having misheard ‘no’ for ‘go’ set off without him). Sam deserves credit for not only getting his shoe back on but battling his way back into the race to finish so well!

The Soreen Stanbury Splash senior race is never one for the faint hearted: the 6.7-mile course features 1200ft of climb & inevitably sees runners finish extremely wet & muddy after circuiting around the upper Clough & Stanbury Moor, without even taking the stormy weather and incessant rain into account.

The lady’s race once again belonged to CVFR’s Holly Page, who clearly demonstrated why she has been revealed as one of 2019’s (Facebook Fast Running click here) “Fast 10” to watch in the next 12 months (Fast Running Link Click here!). Holly finished the course in under 55 minutes – 15 places in front of second placed lady, Annie Roberts, and in the top 15 overall. Red & white hoops Jo Bukley also ran a strong race, finishing in just over an hour, to place second in the female v40 category. 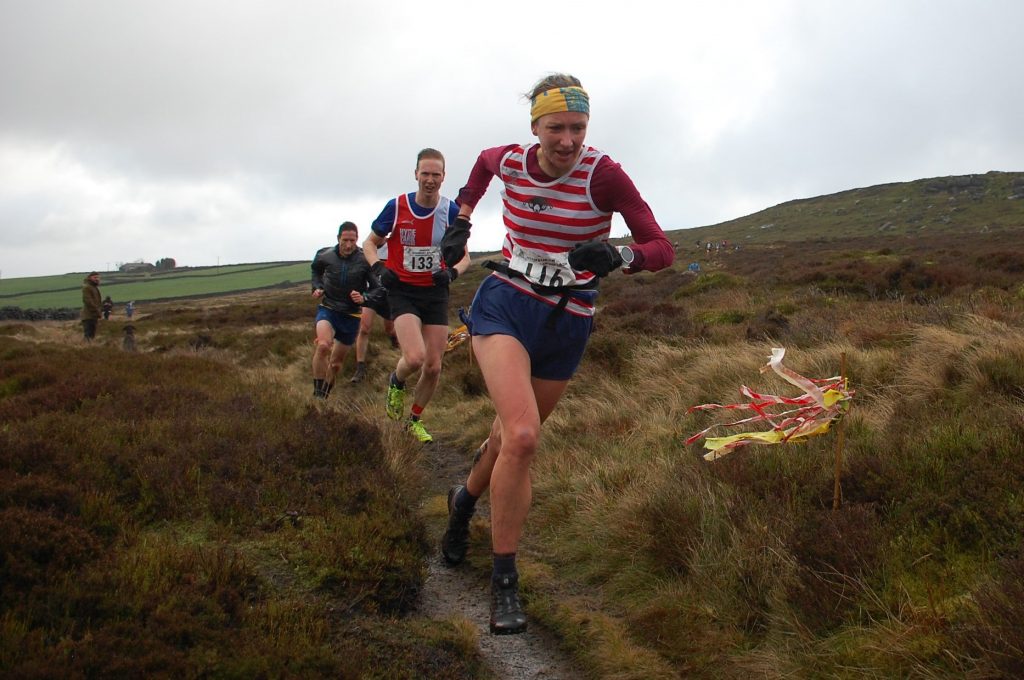 As per last year, dot watching has become this week’s CVFR obsession, with three of the club’s ultra-runners taking on the Montane Spine Race – one of the world’s toughest endurance races. A truly epic event, which really does do as billed – testing competitors’ physical resilience and mental fortitude to the limit.

Simon Bourne was the first red & white-hooped runner to compete, running in the 108-mile Spine Challenger race, from 12th-14th January, along the Pennine Way from Edale in Derbyshire to Hawes in the Yorkshire Dales. Simon described how the weather probably made this year’s race into the ‘toughest’ he had ever experienced, ‘with the gale-force winds on the hills making forward progress a constant battle’. Nonetheless, this race holds a ‘special’ place in Simon’s heart, given that is goes past his home in Slack Top, meaning he can get ‘great support from family and friends’.

Simon was pleased with a 4th place this year, despite being down two from his second place in the 2018 race, given the stronger field of competitors. In fact, he credits keeping ‘speed up, in spite of the extremely inclement conditions, to the blistering pace’ of the winners’.  Some would argue just as impressively, after running over 100 miles in challenging conditions over two days, Simon even made it into work on time on Monday morning! 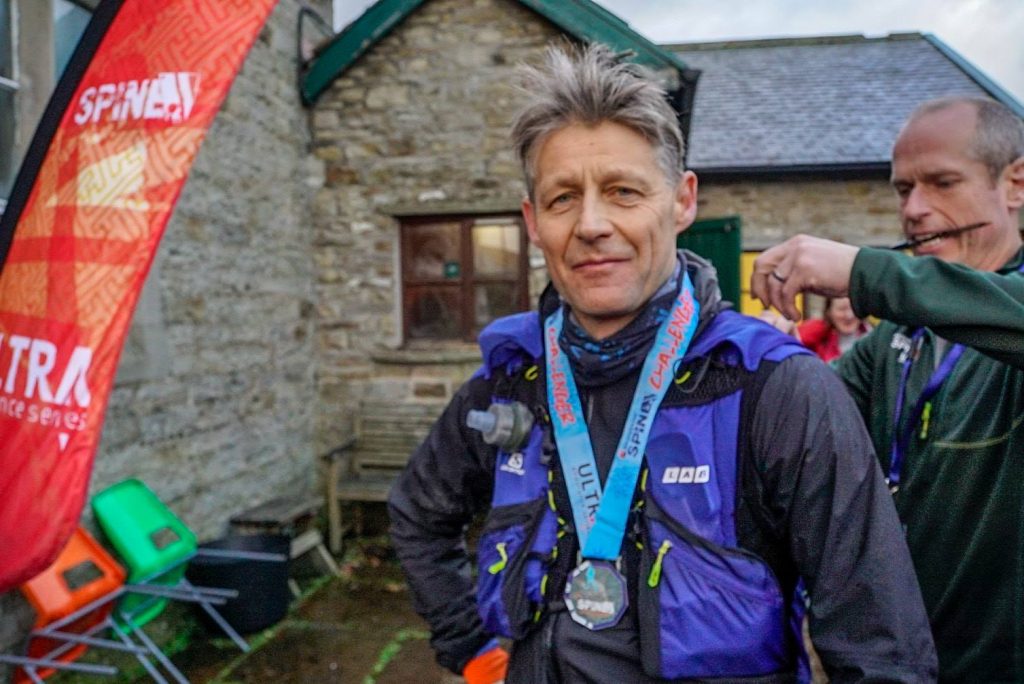 The Spine Challenger race is followed by the full Spine race. This latter started on Sunday 13th January & continues for a week, taking in the entire 268 miles of the Pennine Way/. Bill Johnson & John Minta are representing Calder Valley this year and were still going strong at the time of writing.

Racing in the Peaks:

Dougie, following a remarkably quick recovery from a gruesome injury at Lee Mill Relay that saw him needing surgery, was the first red & white hooped runner over the finish line, placing 13th in the men’s open race at just a sliver over 5h. Dougie describes how the runners ‘set off in rain and it never stopped’, but despite this, the gale force winds in general & the hail on Kinder, he had great fun and a ‘cracking race with some good nav sections’. His advice to all would-be competitors is to avoid falling into the trap of following ‘the legs in front’ of you – which cost him 30 minutes at the end. He is already looking forward to next year, when he plans to ‘keep to’ his race plan and ‘make amends’ for this year.

The second Peak District race on Sunday was Hayfield Fell Races’ Lambs Longer Leg Fell Race. Whilst shorter in distance at only 5km (3.1 miles), with ‘only’ 290m (95ft) of climb, this race involves tough & varied terrain & requires considerable skills in navigation, even before adding the howling wind & driving rain into the mix. 70+ runners braved this tough little course and a storming run by Stephen Smithies, flying the flag for CVFR, saw him finish not only first in the MV50 category but also fifth overall in 31 minutes, 34 seconds. (see photo 7)