Auld Lang Syne, 31 December 2018
As 2018 closed, ten CVFRs joined a packed field of 327 for the traditional Auld Lang Syne fell race starting at Penistone Hill Country Park. With bagpipes ringing in their ears, fancy dress, and the promise of a bottle of Daleside Beer, runners set off on this 6.7 mile/1000ft course which takes in Top Withens, Ponden Clough and Stanbury Moor.

Mark Wharton (43rd) was first back for CV with Stephen Smithies (46th) and Lucy Collins (51st) finishing within a minute of each other. 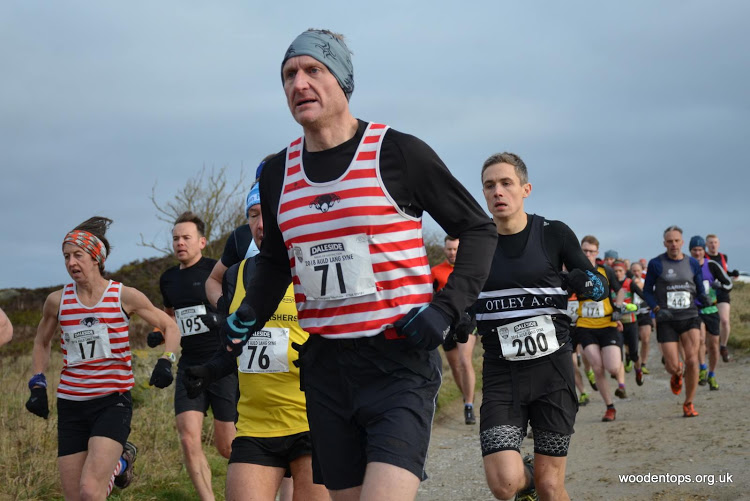 Jo Buckley was not far behind (61st) and joined Lucy in top 10 women finishers. 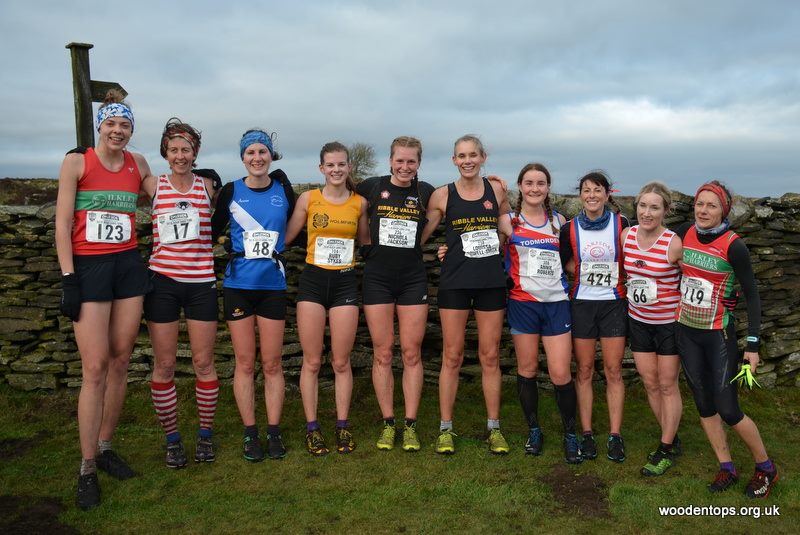 Gill Dickson also made a triumphant return to Auld Lang Syne, 18 years after her very first fell race! All that running has paid off as she finished well up the field (a massive improvement on joint last in her first outing in 2000). 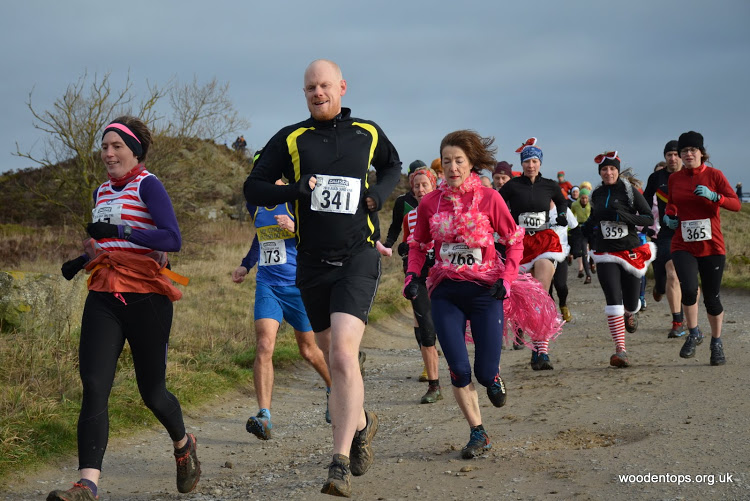 Calder Valley runners appeared to forgo the fancy dress option, but it was, at times, hard to spot the familiar red and white hoops among the rival ‘Where’s Wally’ costumes. 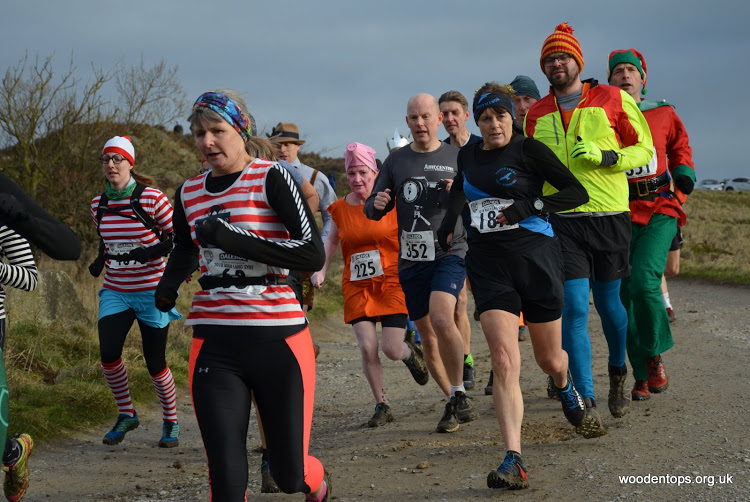 Giants Tooth 1st January 2019
It was a tense start to 2019. Calder Valley’s Martin Howard did well to regain time after getting lost in the 3 mile Giants Tooth Fell Race to finish fourth (in 17.31 minutes, just 20 seconds behind the winner). Martin was leading by a good margin before taking a wrong turn. However, he quickly made up for lost ground, to get back from 7th to 4th. He wasn’t the only one to go wrong as several other runners suffered the same fate.