The Cautley Horseshoe: lucky for some.
The final chapter in the English National Fell champs was held by Howgill Harriers, with a race of only 4.6 miles with 800 vertical metres to get the calf muscles twitching.

The ladies ran first, with brave veteran Karon Forster taking on the challenge finishing 8th vet 50 and she got the pleasure of watching the lads wrestle through the river crossing, that had Gav Mulholland wearing water wings, just before the finish. The pressure was on with team and open medals at stake.
Ben Mounsey showed he’s not just a milner, as he took the crown on the first, hand grappling ascent and came home in another top 10 position in 8th.
Next in was Karl, putting to bed rumours of a 50th birthday by coming home in his new age, 18th and second vet only to Sir Rob Jebb. Karl is, again a national hero with first vet 45 and 2nd vet 40. 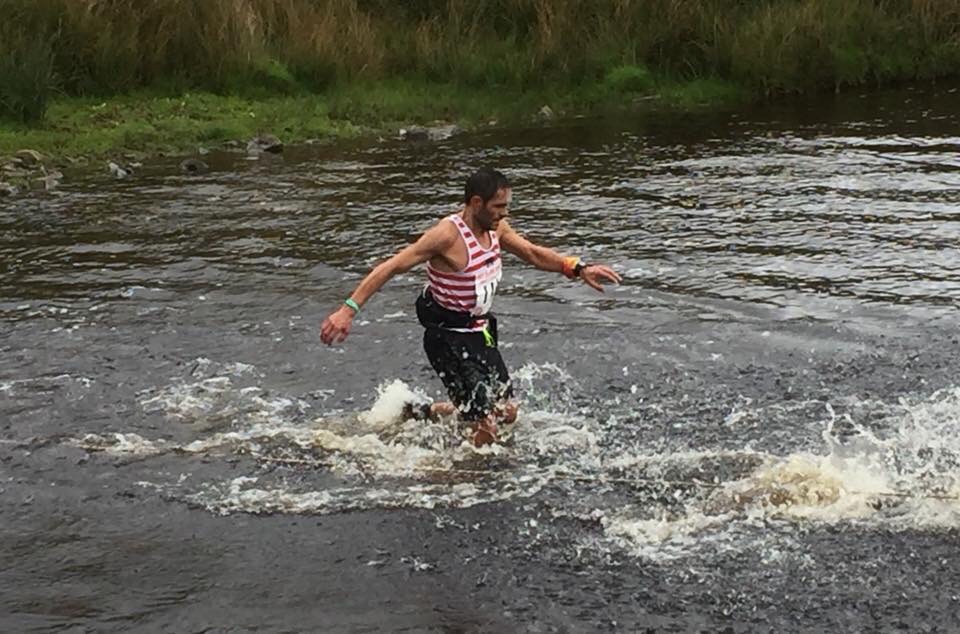 Next in was his long lost half brother Gavin Mulholland in 25th. Known for his kindness he only went and let old man Mark Roberts, former British champ, take him by 3 seconds and costing him a bronze in the vet 40 category, but cementing a bronze in the vet 45s. Alex Whittem was next in, waving to the crowds in his usual style with ‘high ho’ Shaun Godsman silver, in the vet 45s, front crawling to the finish alongside Darren Kay. That’s a one, two, three for the club in the Vet 45s English Champs, extremely rare, like the next lot of runnners, Mark ‘berty biscuit’ Burton, Mark Taylor and Stephen Edwards came home next. With two river crossings the great white shark, Mark O’Connor, gave his best, despite the lack of brine.

Special mention to Martin Howard who showed he can compete with the best finishing, just behind Shaun, after he parted the waves for him. Martin showed much climbing prowess today and it has been confirmed that he has tied for Gold in the u23s championship. He says he’s off out to the Accapulco wearing his bling and England vest. His father Bob Howard is very proud, adding that he better be home by 11.30.

In the club championships, there was another skirmish on the moors around Pule hill in the Ian Roberts memorial race held by Holmfirth Harriers.
Three of the lads finished in the top 10 with Jonny ‘chocks away’ Croston collected 1st vet honours. Phil Wells was next in, with Paul Haigh tussock trounced into 10th. For the ladies, Ann Holden took 2nd vet 40 followed up by Rachel Johnston Taking 2nd vet 50. While all of this was taking place Simon Ashton was on the prowl over Stainland way taking 3rd in their trail race. Some say he was just preparing himself for a strava segment raid whilst Mulholland and Mounsey seek pastures new. 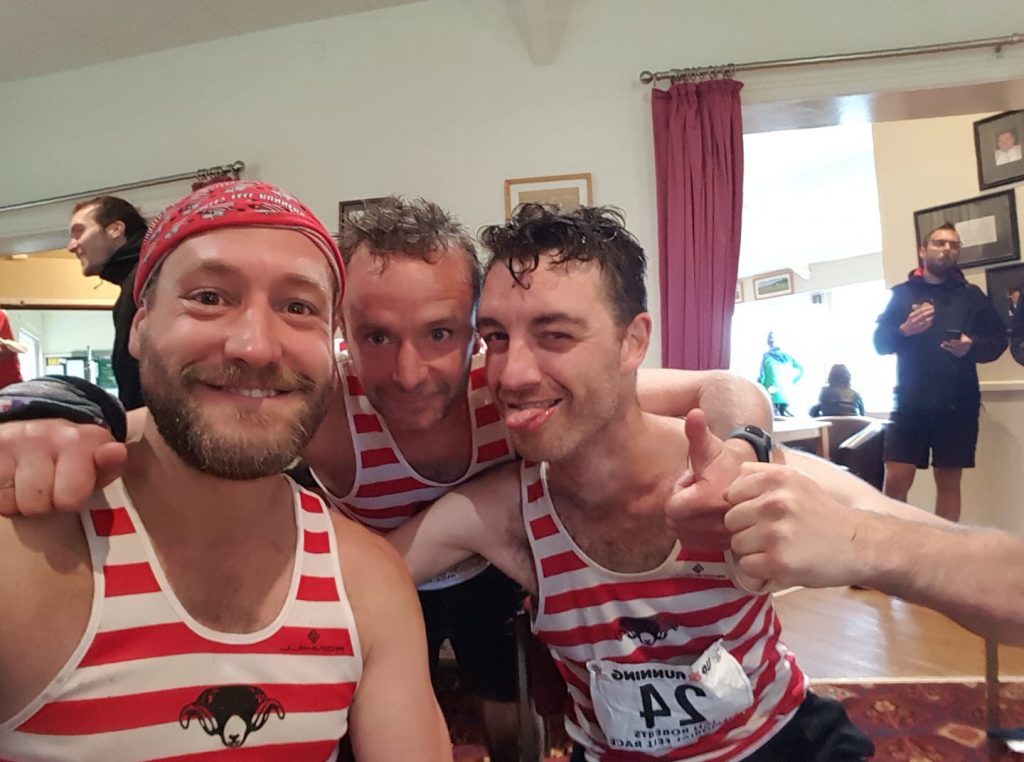 Stepping it up just a little was Melvyn Ward who completed The Robin Hood 100 mile long distance race in an amazing time of 28hrs 44mins. I suspect he will need new shoes, and feet. Unfortunately there are now food shortages in the local area as he bids to replenish his body. 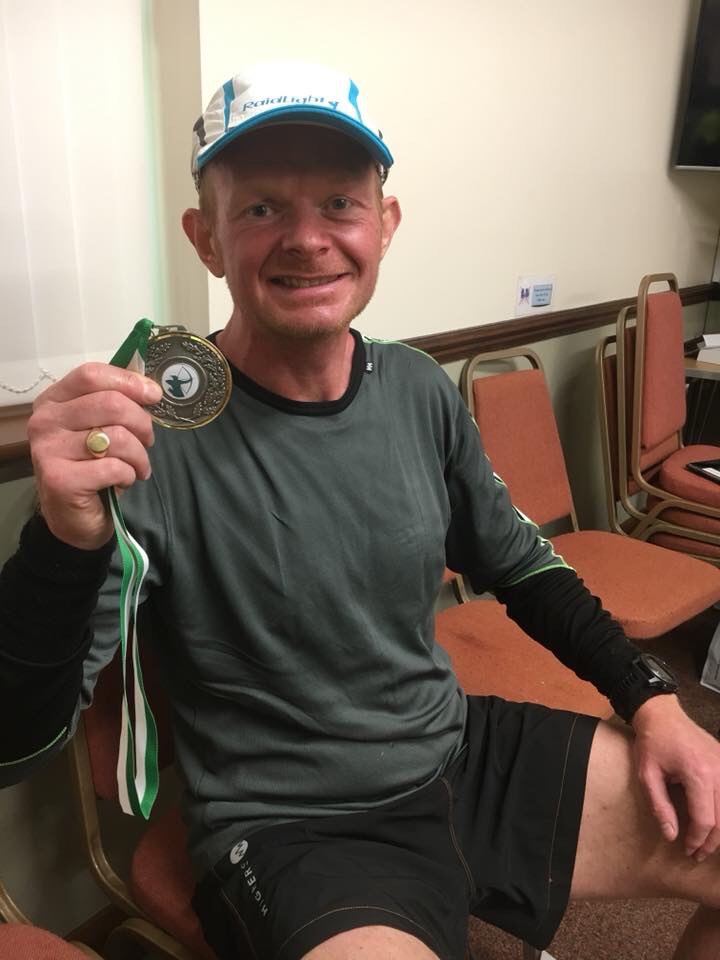 Auditioning for the sequel to king of the hill in the final stage of the King of the Mountains at Scafell were Calvin Ferguson, Blair Garrett, and Steve Stephen Smithies after having journeyed on their pilgrimage of the highest British Summits in Ben Nevis and Snowdon previously in the year.

And rumour has it, in a second day of racing over at the Embsay Bofra, Smithies went on to be crowned vet 50 champion as he took on the short blast up to the crag before circumnavigating back, packing 244m of climb into a neat 4.4km route. For the ladies, Jo Buckley managed to edge away from her competitors to take first female place.

And legendary violinist Holly Page played a mean fiddle to win bronze at the sky running world champs., the Ring of Steall Skyrace in Scotland. She said

“Absolutely DELIGHTED to win a bronze medal at the Skyrunning world champs and last race of the Salomon Running goldentrail series. I didn’t sleep until after 3am, woke up with a cold and was deliberating whether or not to start but I’m so very glad that I did.

Not even in the top 10 after the first climb I pulled through to 4th at the bottom of it then managed to somehow ward off the speedsters behind me and catch up one more place on the final climb to place 3rd.

It was awesome to have so many runners from different countries all experiencing the Scottish mud, tussocks and rocks and even some sunshine… loads of support on the course – sorry to anyone I grunted at… I was appreciating the cheers’ 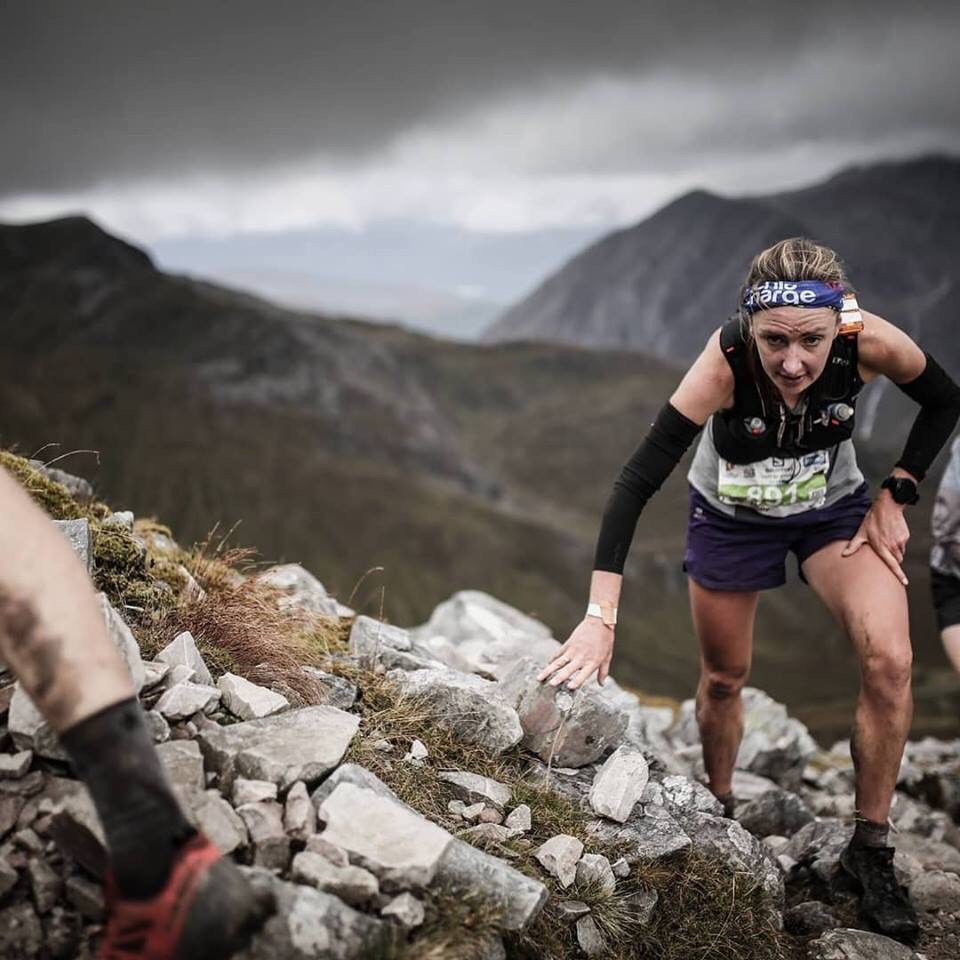