It was a busy week and bank holiday weekend for Calder Valley with a great crop of results, which started on Wednesday, 22nd August, with Rossendale Harriers’ 2010 Golf Ball fell race – a five-mile slog through mud & rocks, complete with 900ft of ascent.

Other noteworthy results in this mid-week series event included a close-run race between Calder Valley’s Johnny Croston (MV40) and Toby Cottrill (MSEN) – finishing with less than a minute between them at 27th and 33rd overall. Whilst Johnny Croston clinched may have clinched this race, Toby Cottrill’s storming set of recent runs sees him crowned the club’s new summer series king.  A 41st place for Romans Sustovs (in 45 :25) added a third race to his tally, taking him to 6th place in the men’s overall mid-week men’s summer series.

On Saturday, 26th, a number of the club’s runners were at Burnsall in the Yorkshire Dales for two different events.

First, both junior & senior competitors lined up in glorious running conditions for the both the Burnsall Classic Fell Race. Credited with being Britain’s oldest fell race, the senior route, whilst shorter than many, at 1.6 miles, still packs a serious punch. With its 899ft of climb this event is widely considered a ‘must’ on every serious fell runners to-do list. 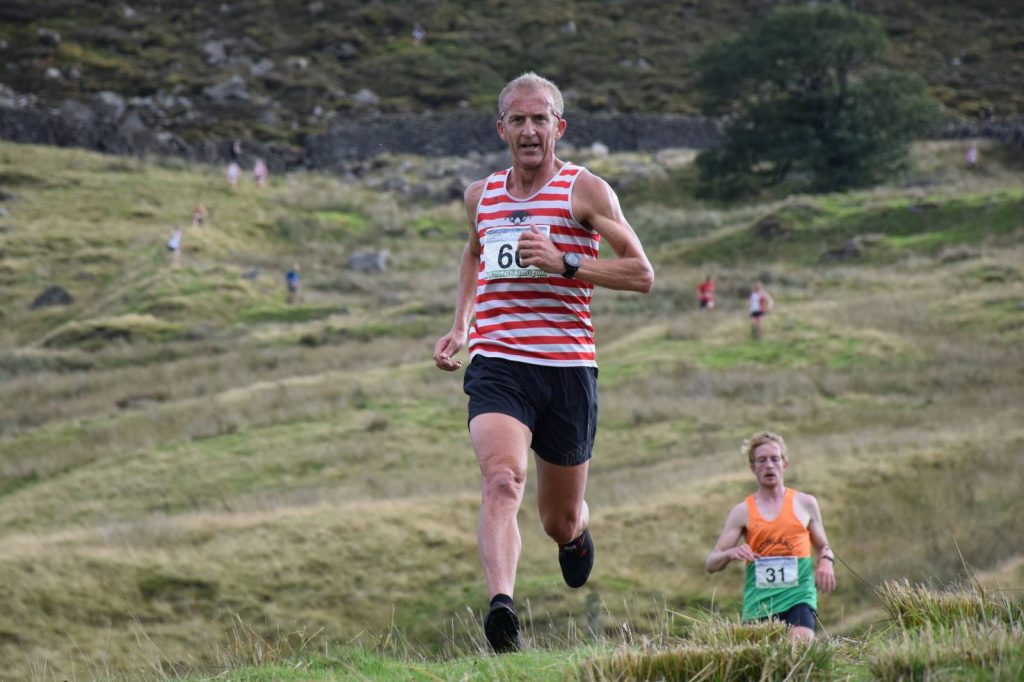 For the ladies, another strong run from Helen Buchan, saw the club’s former ladies’ captain in second place in the ‘lung-busting ascent’ up to the summit behind fellow V40 runner Bingley Harrier’s Victoria Wilkinson (who subsequently broke the long-standing lady’s course record). However, she later slipped to fourth place overall in the ‘crazy descent’, still completing the course in a very respectable 22 :02. 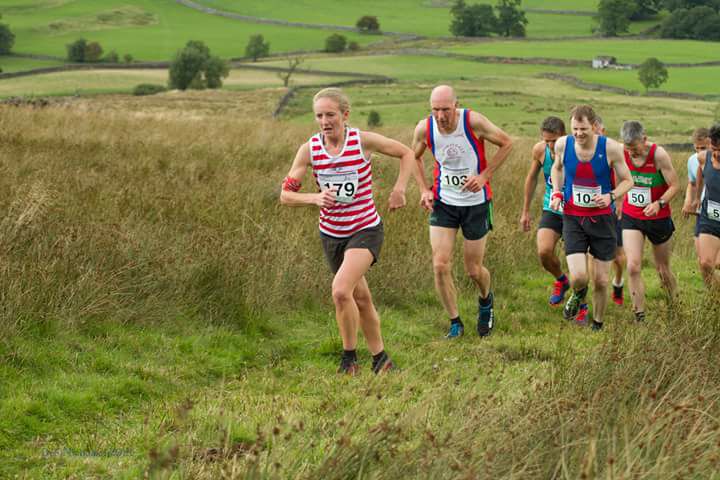 To quote V40 Johnny Croston (who won a bottle of Leffe for finishing 4th), despite the ascent being a ‘real lung burner’, ‘the descent through the heather is good fun and treacherous at the same time’. His advice: ‘have someone get the pints in at the end’ to avoid the long queues at the Red Lion pub after the race! 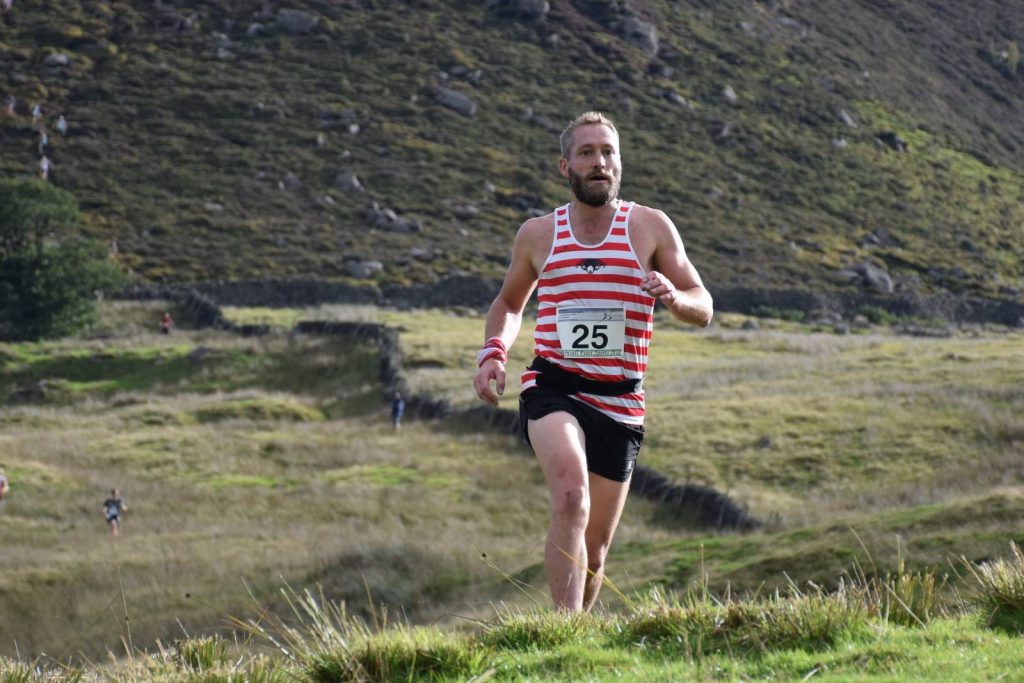 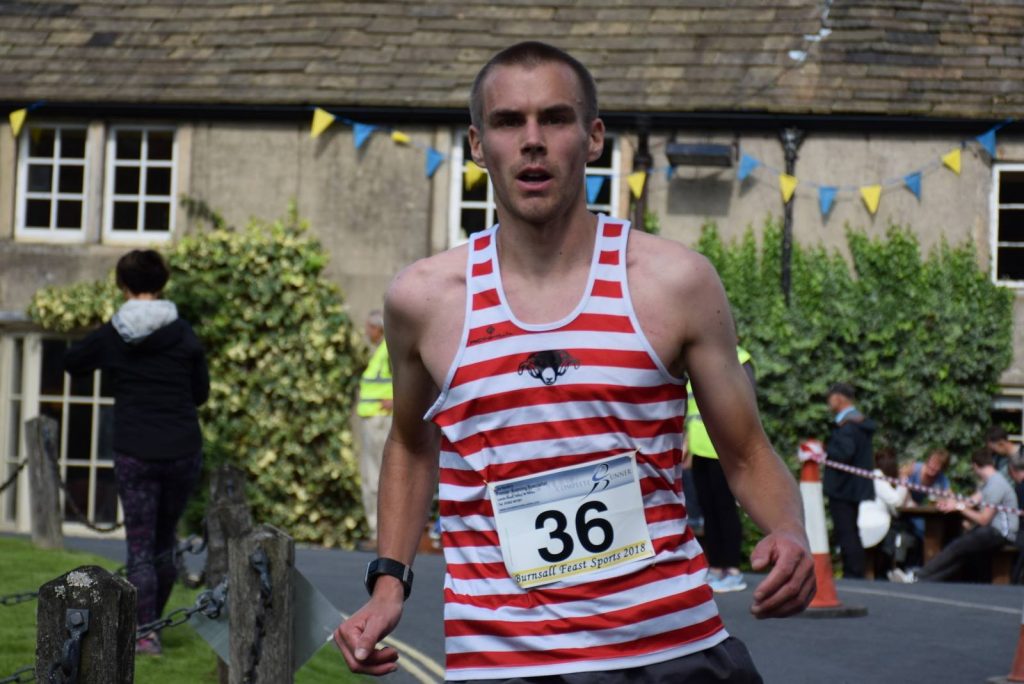 Saturday, 26th was also the date for the 3rd in the Kong mini mountain mini mountain marathon series. Several of the club’s runners paired up to compete for ‘a nice day out in the Lakes’ in Ambleside, in the latest of this year’s score events.

Over 170 individuals or pairs finished this this challenging and testing event, in which competitors choose their own route to various check points over fell, moorland & trail – trying to score the maximum number of points in the four-hour time frame, with tough penalties imposed for runners who return late. This weekend the weather did not play ball, and the summer heatwave felt like a dim & distant memory, as those taking part battled incessant rain and 40-mph winds to complete the course.

All of CVFR’s competitors were in V40 categories – with the best result from the pairing of Tim Brooks & James Cooke who ranked 65th overall – and the highest scoring MV40 pair – finishing in 4h 7mins & 33 secs, with a score of 479 (-11 time-penalty). Running alone, CVFR’s Stuart Russell came 67th overall, finishing in 3h 32 minutes with a score of 270 points. The pairing of Phill Beechcroft & Simon Fisher also scored 270, but finished in 3h 49 mins & 11 secs to come 69th overall.

In the XV40 category, Catherine Holden & Richard Sunderland managed to amass an impressive number of controls. However, having mistimed their race strategy, came in 115th overall, thanks to a 120-point time penalty for finishing 22 minutes & 40 seconds over the 4h time limit, causing their score to drop to 220 points.

In addition, on Sunday 28th August, Halifax Harriers organised the Tour of Norland. Here, 63 hardy runners competed in very wet conditions in this 6.3-mile race, with its 886ft of ascent. Veteran runner Anthony Costello was the only Red-&-White hooped competitor, finishing a strong 35th overall & 5th MV55 runner in a respectable 50:28. 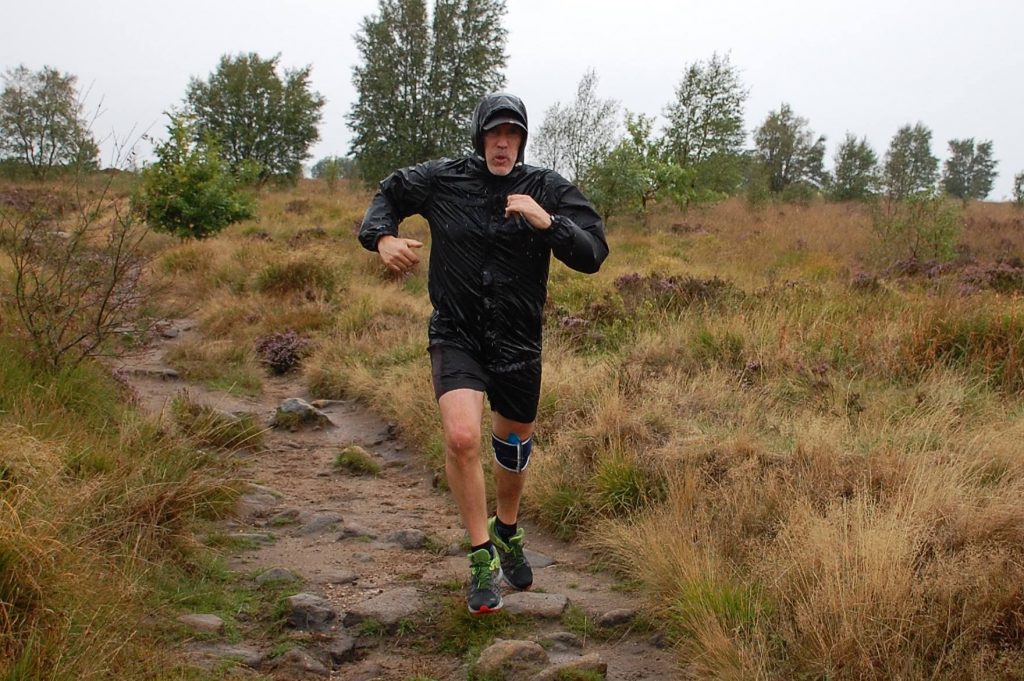 CVFR’s Carole Fryer, was crowned winner of the FV50 category for the Pendle and Burnley Grand Prix. This latter comprises a series of fell, road and trail races over the summer. Each athlete’s best 9 from 14 races count towards the overall rankings. Carole Fryer was presented with her trophy at an awards night at Burnley Football Club.

Further afield, Calder Valley’s Matthew Roberts won the legendary Rèinigeadal Fell Race. Measuring in at just shy of 8 miles, with a whopping 2800ft of climb, this annual classic on the rugged east coast of the wild Hebridean island of Harris forms part of the Isle’s Mountain Festival. It follows the old Postman’s round from Urgha to the tiny hamlet of Rheinigeadale – a route still walked by the postman up until a road was built in the late 90s. It then climbs, before dropping steeply to the coast at Loch Trolamaraig, and then traverses the sea cliffs to Rheinigeadale – to later return via the same route.

Wales-based CVFR member led from the off – in an albeit small but friendly race field – eventually winning by an astounding 6 minutes, in 62 mins – a whopping 5mins inside the race record. Prizes were as quirky as the post-race presentation by organiser Stuart Simpson (photo of Matthew Roberts holding aloft his first-place ‘trophy’). 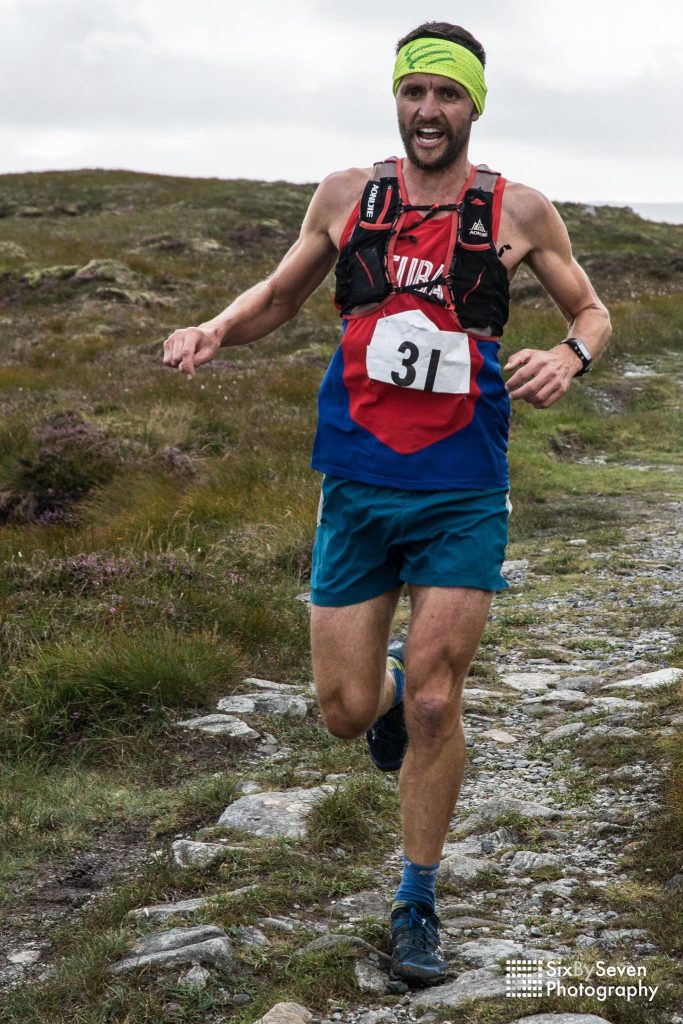 Finally, CVFR’s Holly Page idea of ‘saving her legs’ & replacing competing in both of this weekend’s extra mountain marathons in the international sky running series (in which she currently ranks in the top 5) was to instead opt, at the last minute, to compete in her very first triathlon, in Geneva, Switzerland.

Despite the prestigious Mont Blanc International Triathlon being full and although she had never competed at swimming at all, the British international trail racer’s 2012 Duathlon Gold Medal to convince organisers to allow her a last-minute entry.

Having ‘survived’ the 1-mile swim in an eight-euro costume bought on the way to the race (whilst everyone else was kitted out with wetsuits in the extremely inclement mountain weather), Page unfortunately suffered a puncture only 50m into the cycling section of the race (on a bike bought on Ebay & picked up on her way to the Alps). After losing half an hour, the race was on (quite literally) to get to the start of the running section before the cut off time – a feat Holly managed with ease. Her subsequent, & extremely impressive 38m 10km run (not least on the back of a 45km bike ride, and a mile swim, took her well & truly back into the race. In fact, had she not had the puncture, Page would have finished 2nd. Not bad for a first attempt at a triathlon during a rest week!