Last weekend fully kicked off the fell racing season with 2 key Champ events- Edale Skyline, an English Championships counter and the Haworth Hobble, a counter for CV’s own Ultra Championships. Keeping to tradition, red and whites featured, and achieved notable success, in both events. 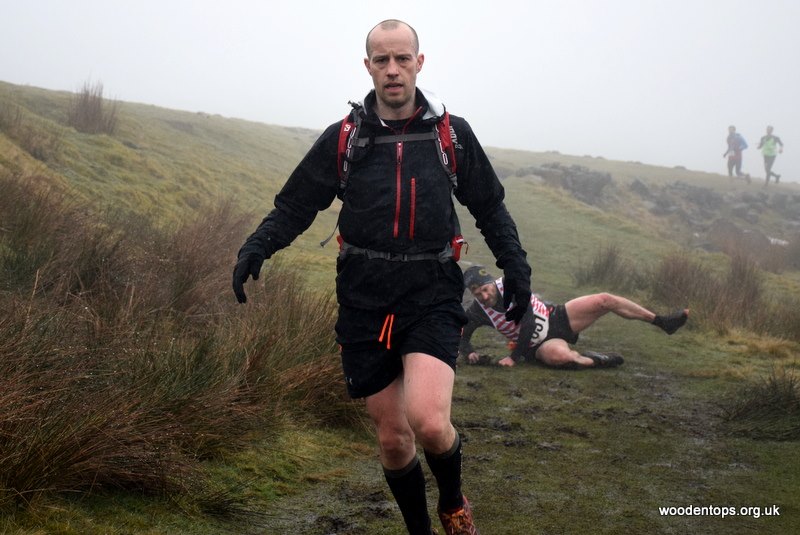 Undeterred by the wet and dreary weather, more than 300 Wuthering Hike runners were at the start line of the Ultra friendly Haworth Hobble last Saturday.  Organised by Kieghley & Craven, this race guarantees a good turn out for its 32 miles of Yorkshire Pennine paths and tracks from Haworth over the moors to Calderdale, up to Stoodley and back to Haworth via Heptonstall and Crimsworth Dean.  The views are great, and terrain runnable (apart from the steep climb up the Pike!). It’s reputed to be a good introduction to long distance running and is the only race that offers tired runners whisky half way round!

The first in Calder Valley’s Ultra Club Champs, the event drew 16 CV runners all keen to prove their worth as ultra kings or queens. First CV home was club and ultra newbie Jonny Croston, who came an impressive 25th in 05:17:28. Andrea Blanshard was first CV woman home in 06:41:47. Kevin Hoult and Ben Ayres were the third pair home just seconds after Jonny in 05:18:00 Ken Sutor of Cheshire Hash was overall winner in an incredible 04:33:18 and Amy Freeman (Darwen Dashers) first woman in 05:17:53 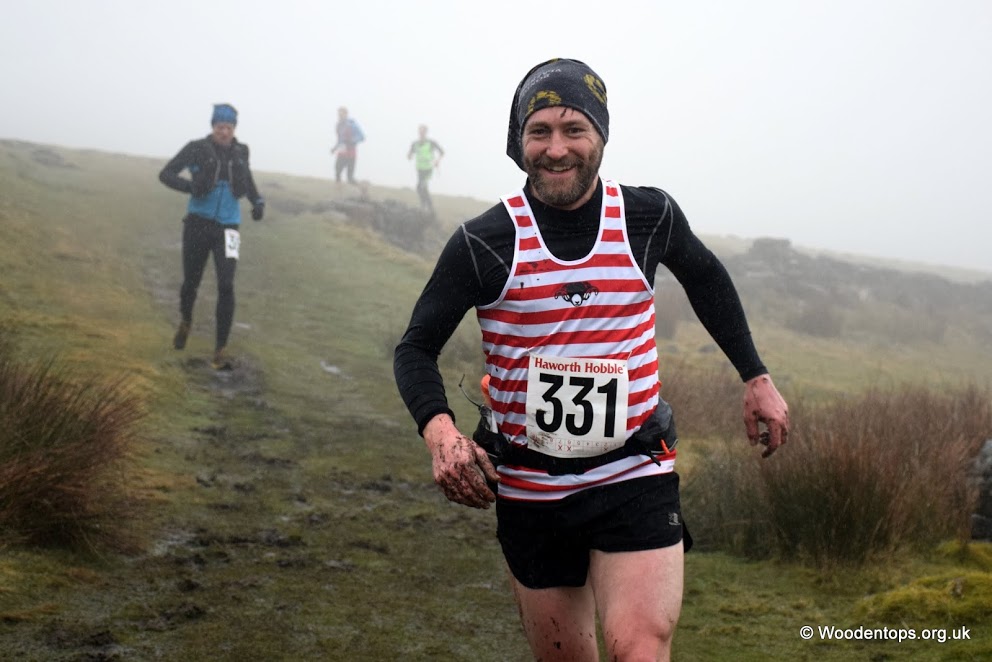 “I was a bit apprehensive about the distance as I’d not done it before. I suffered badly between Stoodley Pike and Heptonstall and not sure the whiskey at the YHA checkpoint really helped! But some Kendal mint cake at Hardcastle Crags and constant encouragement and directions from Kevin Hoult who was yo yoing just in front of me with his partner kept me going to the end”

“Good to meet a few other members too for the first time. Not sure whether I’ll be back for more ultras. Ask me in a few days!” 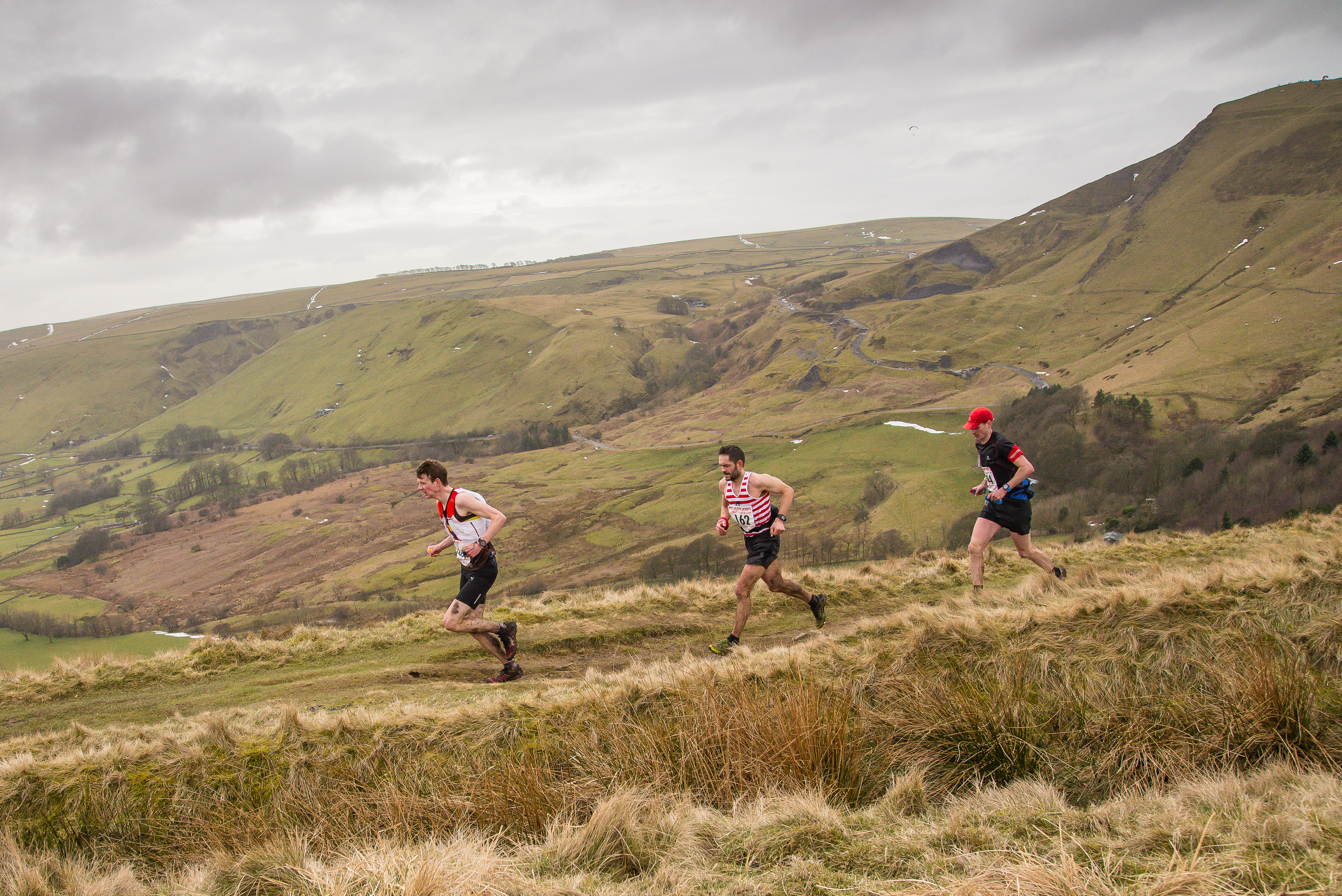 The 2018 English Championship battle has commenced and already CV is off to a flying start.

Conditions on the Sunday were a stark contrast to those endured by the Hobblers on the Saturday. A glorious, crisp Spring day awaited the runners at Eddale Skyline race. Another long one, this is a category A race held on an unmarked course covering high and exposed fell terrain. The 21 mile route with 4505 ft of ascent requires suitable experience and isn’t for the faint hearted. And to add to the pressure, this year the race is a counter for the English Fell Running Championships.

Demonstrating the calibre of the club, 17 experienced CV athletes, including the likes of Karl Gray, Andy Swift and Jo Buckley, were among the 400 + runners raring to go at the start line. CV’s Jo Buckley was 5th woman home (03:42:40) and 2nd in her category (W40). 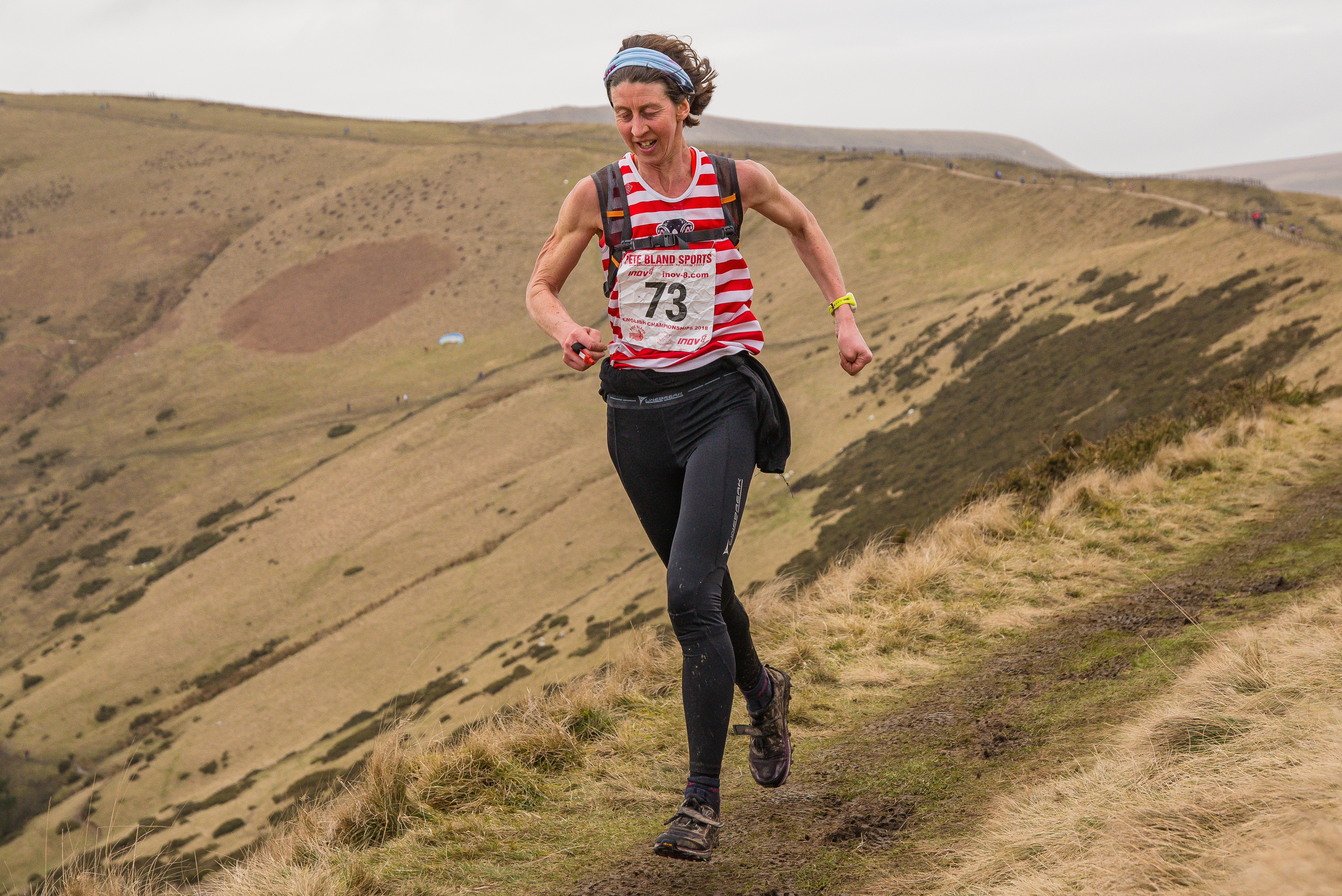 Karl Gray (02:45:36), Andy Swift (02:46:38) and Matthew Roberts (02:50:40) all finished in the top 10, securing the men’s Team Prize for the race. However, the English Champs men’s Team Prize was hotly contested between CVFR and Keswick. Both scored equally for the English Champs senior team points but it was awarded to Keswick by virtue of them getting their 5 home first (only just!).

However, the men’s Vets were victorious as first in English Champs thanks to Karl Gray, Gavin Mulholland, Shaun Godsman and club newbie Mark Burton. 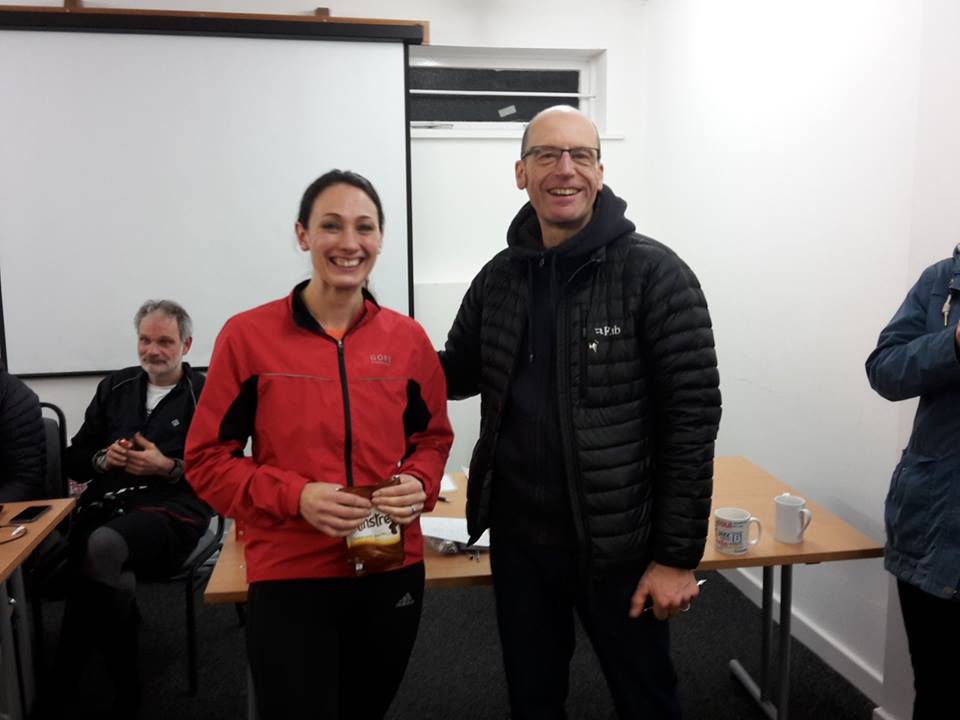 “That was a fun challenge. I was thrown when I saw the maps had the high pointers nearby not at the perimeters, but then I twigged this was to try and get you to try 3 hills. I thought it was a great twist”

“I planned to try for a third hill myself, but with negative 59 seconds spare after doing the first 2, I think I was maybe pushing it!”

Thanks to Dave and Eileen Woodhead from www.woodentops.org.uk  & Frank Golden Photography for the fell racing photos