“If you can get to the start, the race is on”

This last-minute decision by the organiser to hold the 2018 Stan Bradshaw Pendle Round on Saturday March 3rd, despite the ground underfoot being frozen solid and up to three-feet of snow in places, saw 156 hardy souls travel to Barley in Lancashire to race. In recognition of the extreme weather & notably the huge snow drift on Pendle hill, the usual 16km was replaced with a shortened 12km course, as much for the safety of the marshals as the runners, given the bitterly cold temperatures and biting wind.

The revised 7.5-mile route gave those racing a tough winter challenge, and in line with the fabled fell-running camaraderie, at the starting line, with the -5 degrees feeling more like -15 with the 30-mph wind, the many-layered runners were encouraged to treat this year’s race more as a run, and above all else, to look out for each other.

However, a race is still a race, and for ladies CVFR’s Holly Page won emphatically – clearly demonstrating why she has been chosen for the British squad this summer. Holly stormed home in an outstanding 1:03:22 – placing 19th overall & beating all the other ladies by a country mile (with her nearest female competitor finishing over 30 runners and 6+ minutes behind her).

Calvin Ferguson was next over the line in red and white, finishing 66th in a highly respectable 1:12. Not too far behind was Stuart Russell, who finished 86th in 1:15 and completing the Calder finishers was Daniel Baron in 102nd place at 1:18.

All the runners were particularly thankful to the organiser & marshals for making the event possible, despite the adverse weather conditions that saw so many other races cancelled over the weekend, and to the volunteers who provided great soup & cake afterwards! 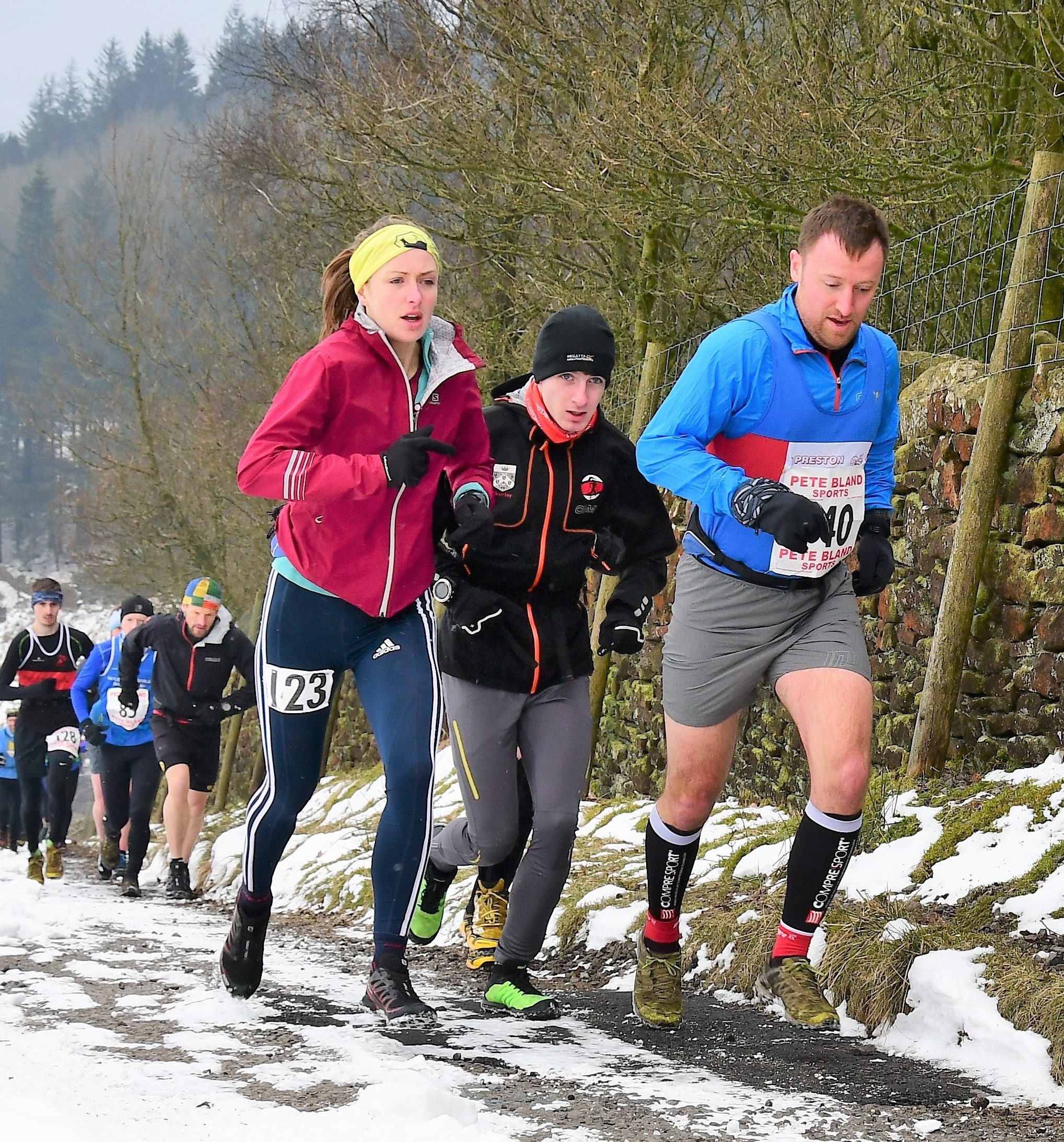 Holly Page storming it up to the top of Pendle hill (photo courtesy of David Belshaw) in what she described as a ‘wild’ uphill run, before heading out of the wind the other side into ‘the fun of negotiating up to three-foot snowdrifts’.

Ultra-artic conditions
In a race that was perhaps most easily summed up as ‘cold & long’, CVFR’s Phill Beecroft was one of only 73 ultra runners of 200 registered to turn up to brave the 39 miles of Otley’s Welcome Way Ultra on Saturday, 3rd March. The first in the Punk Panther2018 ultra series was definitely a baptism of fire for any runner expecting what was billed as ‘a nice easy trail race’ and consequently, achieving a fantastic 7th place in epically tough conditions including waist deep snow and frozen exposed moors was impressive enough, without taking into account that Phill chose not to take advantage of the option of taking various shortcuts afforded to runners, due to the truly artic conditions. Instead, he ran the full 50k in order to gain the UTMB points towards the series. 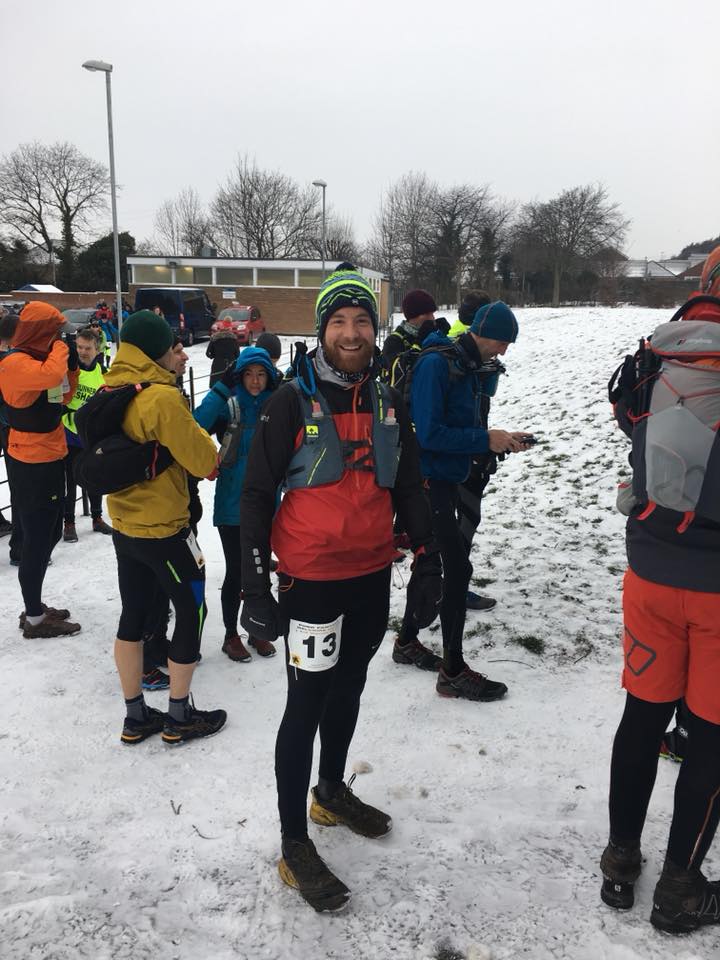 Phill goes into the next race (A Bridge Too Far) in mid-May in a strong position (and hopefully more clement weather conditions!)

Not to be out done by the juniors, as the younger members returned, a number of CVFR’s seniors were just setting out, braving plummeting temperatures & icy conditions under foot to slog up to Stoodley Pike and back as part of the usual club night pack runs. However, this Tuesday had an added twist, when the intermediate group of off-roaders came across a sheep, half-frozen, with her foot stuck in a wire fence. Once they had untangled it, quick-thinking Roman Shouhstov gave the poor animal’s leg an impromptu sports massage to warm it back up, whilst Catherine Holden called the farmer to come & take over, before the group could then continue to hoof it up (pun intended) to the Pike and back down again in an adventure that will no doubt be told & retold in the pub on many a snowy-day to come. 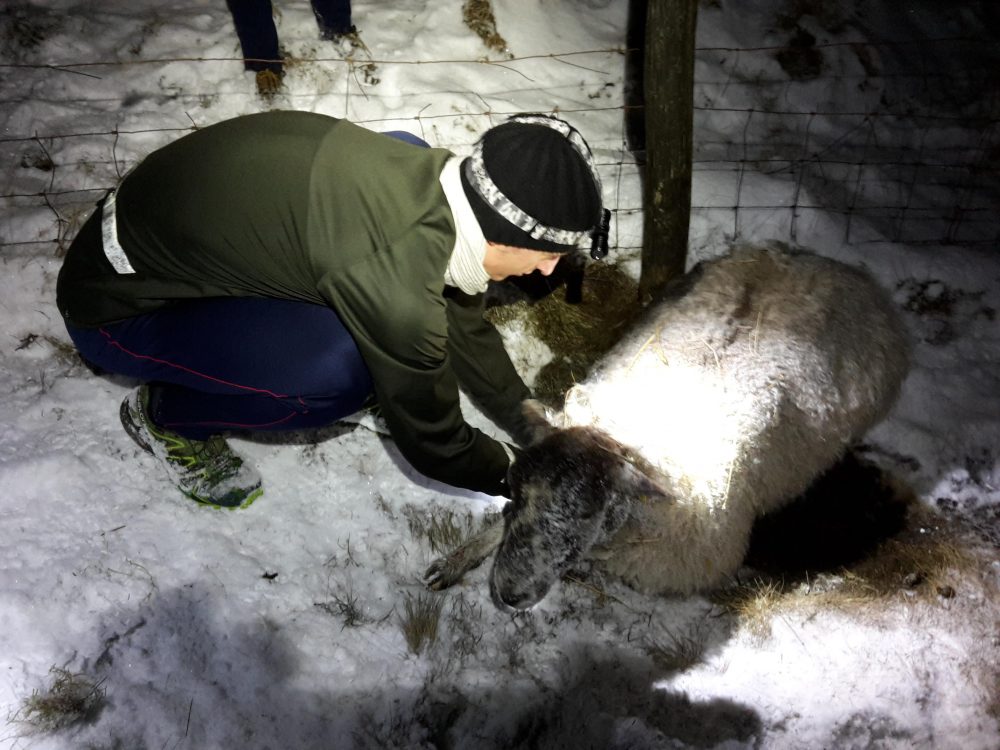