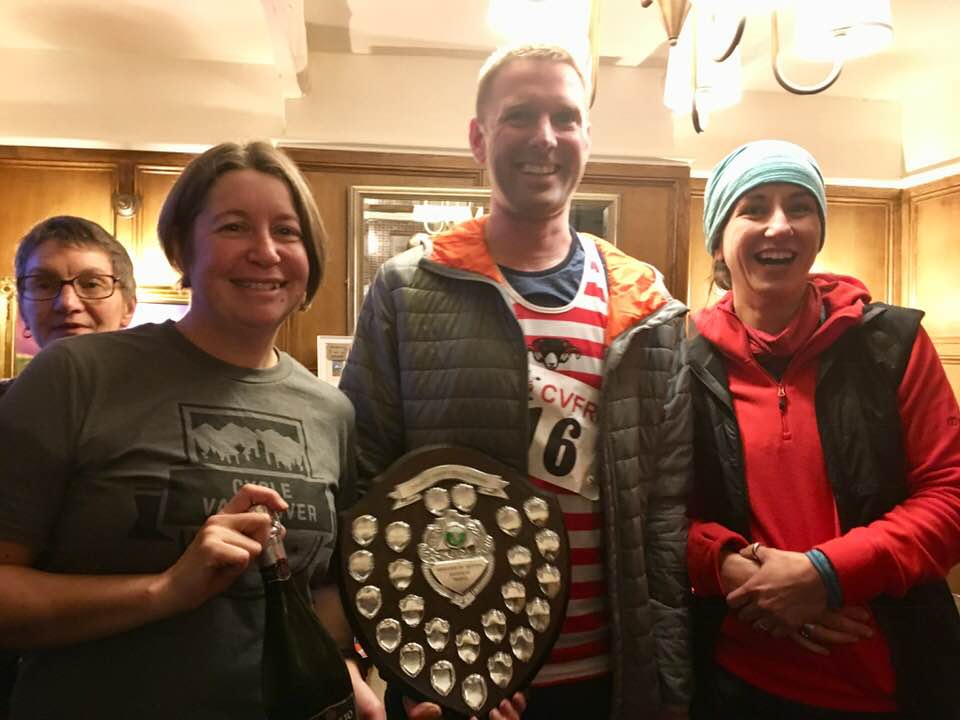 First to the Pike was Kate Pope however she couldn’t keep ahead of Ben Cliff who came in to win 23 seconds ahead of Kate.  Having only taken up running this summer after years of cycling, Ben is really enjoying himself, and is pretty fast too, completing the course in 45 mins and 31 seconds.  Jocaster Fletcher was 3rd.

Two of the Club’s juniors, Patrick Casey and Charlie Pickens, took part and really enjoyed racing against the adults. Patrick’s Dad, Rob said, “The pair had a fab time, great that they ran the course together. When kids do adult stuff, it ramps up the thrill factor for them, and I knew the pre-race concerns would have added to that. They’ll not forget Saturday – precious moments”

The Spine Race is touted as Britain’s most Brutal, covering the full 268 miles of the Pennine Way from Edale in the Peak District to Kirk Yetholm in the Scottish Borders. It’s also held in the middle of winter so competitors have 16 hours of darkness to cope with too. 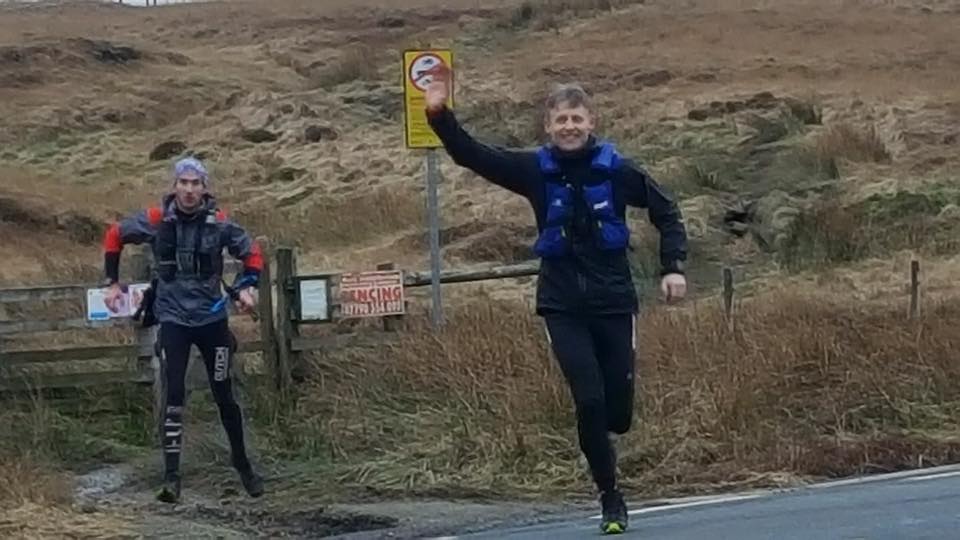 Calder Valley Club Chairman, Bill Johnson set off on Sunday morning with over 100 other of the best ultra runners in the world.  Full report of his exploits next week when he’s finished!

There is also the Spine Challenger also known as the ‘fun run’, which takes in the first 108 miles of the Pennine Way, Edale to Hawes.  Calder Valley’s Simon Bourne took part in this race setting out to win.  He set off like a rocket and soon he and Wouter Huitzing of the Netherlands had taken an unassailable lead.  They ran together from Bleaklow all the way to Malham village, 86 miles into the race, when in Simons words “my legs dropped off and he powered away”.

Hutzing won in 25 hours 44mins, smashing the previous record, with Bourne 2nd in 28:42:17.  A weary Simon said, “It was really nice to see so many familiar faces along the way, thanks all for coming out to support. Definitely an early night tonight.”

Going in the other direction from Marsden to Edale, the Trigger is no easy run in itself, a 20 mile one way trip with over 5000ft of climbing.  Two CVFR members ran in fairly benign conditions on Sunday, John Allen was 32nd in 4 hours and 25 mins with Steward Russell 97th in 5 hours and 18 minutes.  The race was won by Pennine’s Nicholas Barber.

A bitterly cold morning saw a collection of hardy juniors take on the Stanbury Spash at Haworth on Sunday, gathering in the forsaken quarry at Penistone Hill for the off.
A gritty performance from Ted Parker was rewarded with a top 10 finish in the U9s. Sam Annison, in his first U11s race, came in at 11th with Ollie Pickens at a hard fought for 12th. In the U13s Fearne Hanson got a well-deserved 9th in her first year in this age group whilst Patrick Casey stormed to 2nd, despite his run at the Winter Handicap the day before.

305  Seniors ran the 7.5 mile race that ranges across the Bronte Moors.  Calder’s Jo Buckley and Stephen Morran had excellent runs; Buckley as 1st FV40 and 3rd woman in 58:06 and Morran was first V60 (84th overall) in 1:00:07.  Mark Wharton was first CFVR back in 52nd place and Steve Smithies was 86th despite celebrating Most Improved Runner at the Club Awards the night before.  John Nunn and John Tayler also represented Calder; Tayler, like Casey, running in the Handicap the previous day.