Two days of fell racing in two very different days of weather. On Saturday, the classic Langdale horseshoe in the Lake District presented Calder Valley fell runners with a mix of heavy rain, drizzle, bad visibility and high winds. On Sunday, at Withins Skyline over in Bronte Country, the weather was remarkably cheerier, with sunshine and much warmer winds.

The Langdale horseshoe race is a tough 21 km circuit with 1,450 m of ascent and the terrain is almost exclusively on either rocky, slippy or boggy ground. This did not stop 11 CV runners making the journey up to race. The bad weather and terrain caught many of the runners out, as well as several of the CV team. 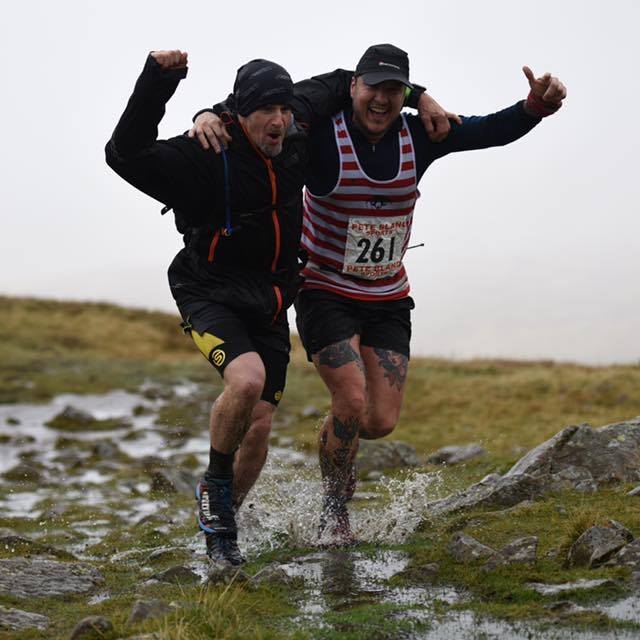 The eventual winner was Carl Bell for Keswick in a time of 02:13:14; John Allan was first home for CV in under three hours in an excellent time of 02:57:09. Rachel Crossland had a really strong race finishing in a time of 03:25:58 and 6th fastest Senior Woman.

Tim Brooks, who was competing added “When I spoke to Ian Symington, Steve Grimley and Mark Wharton at the end we all agreed we’d had shocking runs! The ground was either sodden bogs or slippery wet rock and the visibility was poor on the tops. Mark Wharton took a long ‘detour’ to avoid the Bad Step (a 4 metre down climb) which added to his time. Rachel Crossland powered through the course in a really good time, she looked really strong as she passed me on Martcrag Moor.”

At the Withins Skyline race on the Sunday, CV had amazing success in the junior categories and some great results for the seniors too. In the U9 race there were 3 CV runners in the top 5, including Samuel Annison in 1st, Clara McKee as 1st girl and Harry Cliff as 4th boy and; in the main junior race William Hall finished 4th. 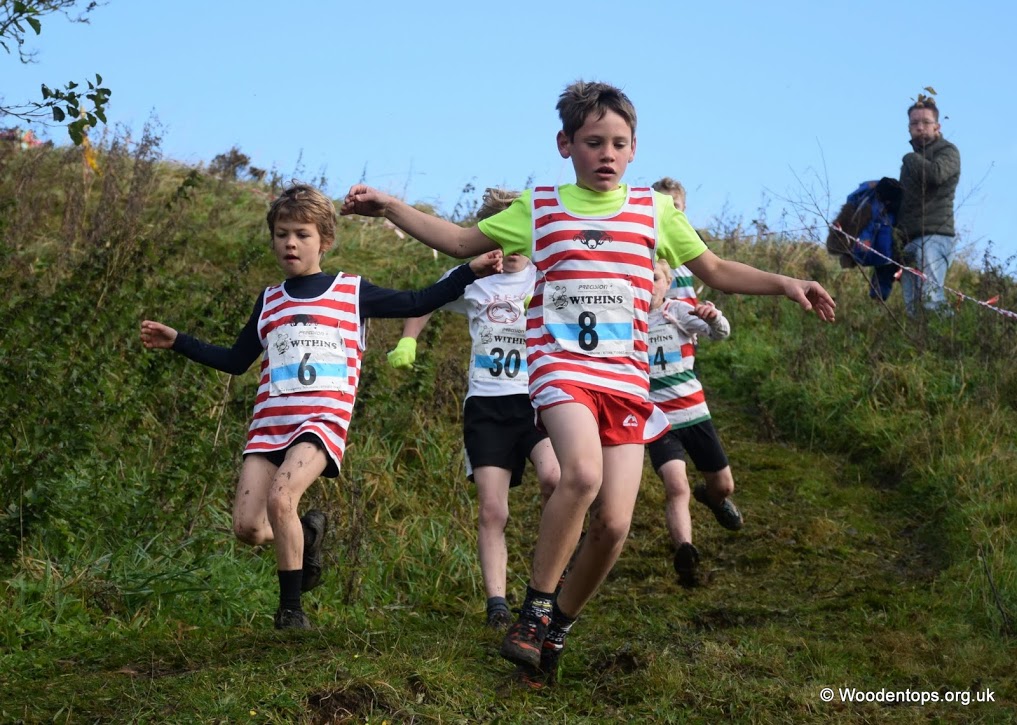 In the senior ladies event, Jo Buckley, Lindsey Oldfield and Trudi Entwistle also had success by taking the team prize. 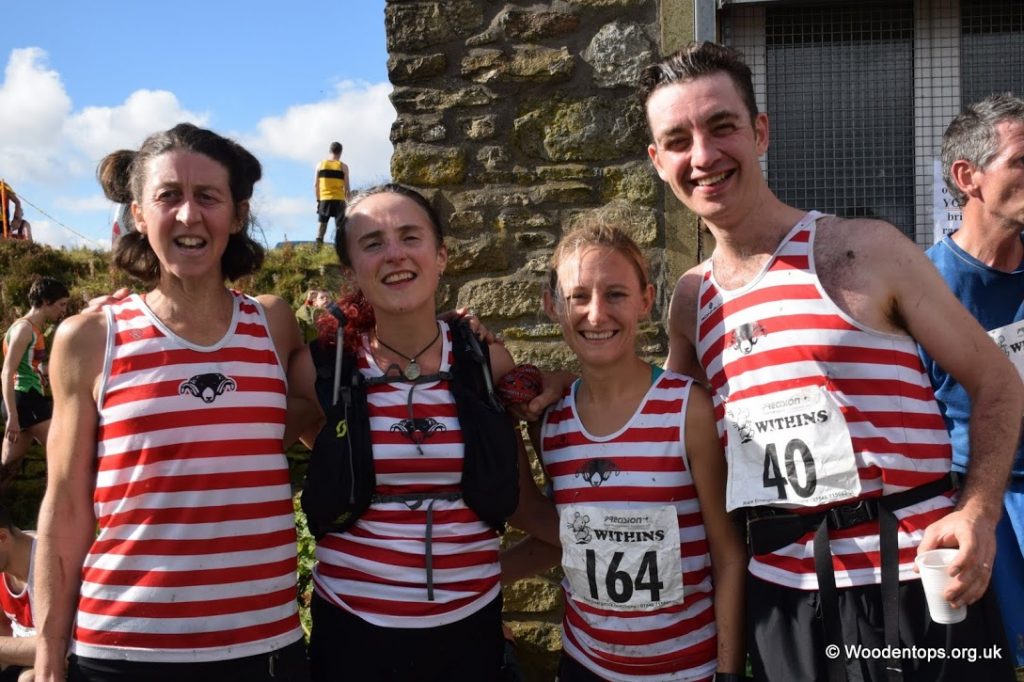 As for the men’s category Mark O’Connor was first back for CV in a time of 49:00. Said Mark “It was a perfect morning for fell running and what was set to be a delightful boggy course didn’t disappoint. After a bad start to the race I found myself boxed in and had to work harder than planned to catch the red and white vests in front. Calder valleys Martin Howard then came back passed me at the base of the first ascent to Within’s top and Calder’s Iain Illstone then came past just before the summit. We tussled back and forth along the top of the moor doing our best to skip the knee deep sapping bogs. It was at this half way point where I settled into the race and started to push on and close in on a few runners. A long run in, on fast track lost me a couple of places but I feel more positive going into next weeks British Relay’s team event in Llanberis.”