William Hall won the under 13s race in 8:37 nearly half a minute ahead of his nearest competitor. William is possibly the best fell runner of his age in the country at the moment. Good results also in the under 13s from Patrick Casey (6th) and James Duffy (9th).

In the seniors women’s race Calder’s Helen Buchan was 6th with Trudi Entwhistle 8th and Jez Wilkinson 60th in the men’s race. 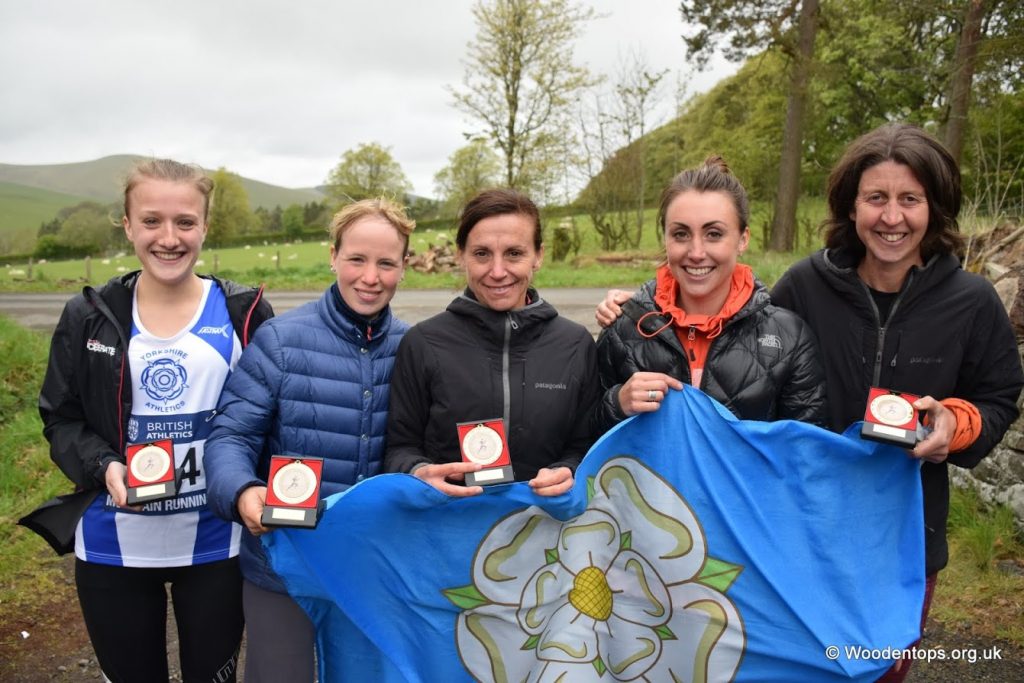 Gold for the Yorkshire Ladies (CVFR Jo Buckley on the right) 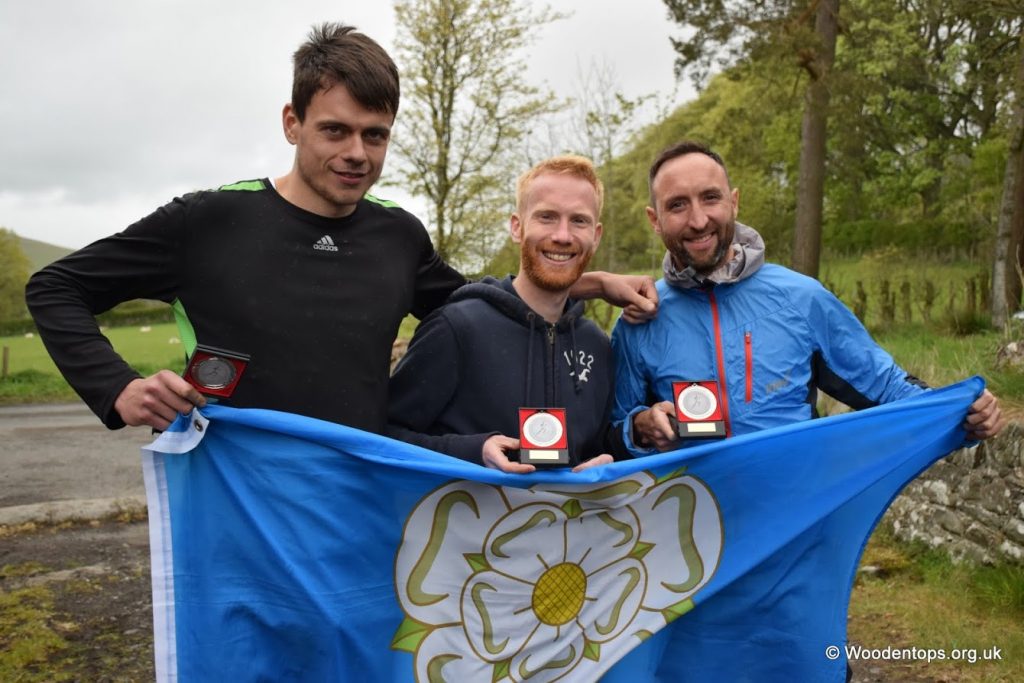 374 fell runners started from Rydal Hall in Ambleside in overcast conditions but on the tops the clag was down, very windy, but fortunately only a drop or two of rain fell. The overnight rain meant the rocks were very slippery, but fortunately given the recent dry weeks the bogs were dry.

Ben Abdelnoor of host club Ambleside was the winner in 1:22:33. For Calder Valley, Alex Whittem was 5th, just two minutes behind the winner, with Jon Smith 15th in 1:33:55 and Stephen Edwards 39th in 1:39:56.  Dave Hammond, Gavin Roper and Tony Steward also completed the tough 9 mile course which includes 3,000 feet of climbing. 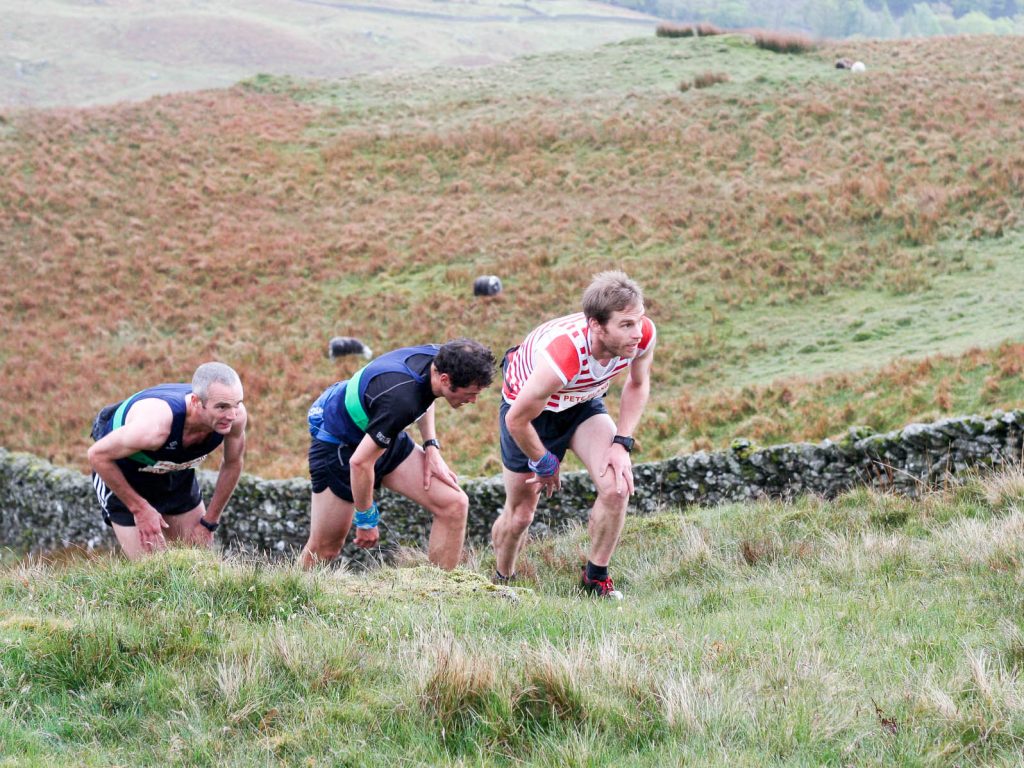 Alex Whittem on the Fairfield horseshoe 2017

A nice midweek, 5 mile race on Ilkley Moor, this year held in glorious sunshine. A few Calder runners headed over to Wharfdale to take part last Tuesday.  Jon Smith had a good run to come in 11th place.  Dave Hammond and Jake Ackroyd battled each other with Jake winning by 20 seconds, and Jez Wilkinson came in 178th place.

All profits from the race goes to the Jack Bloor Memorial Fund, which awards grants to those who want to improve their physical and technical skills in outdoor sports. 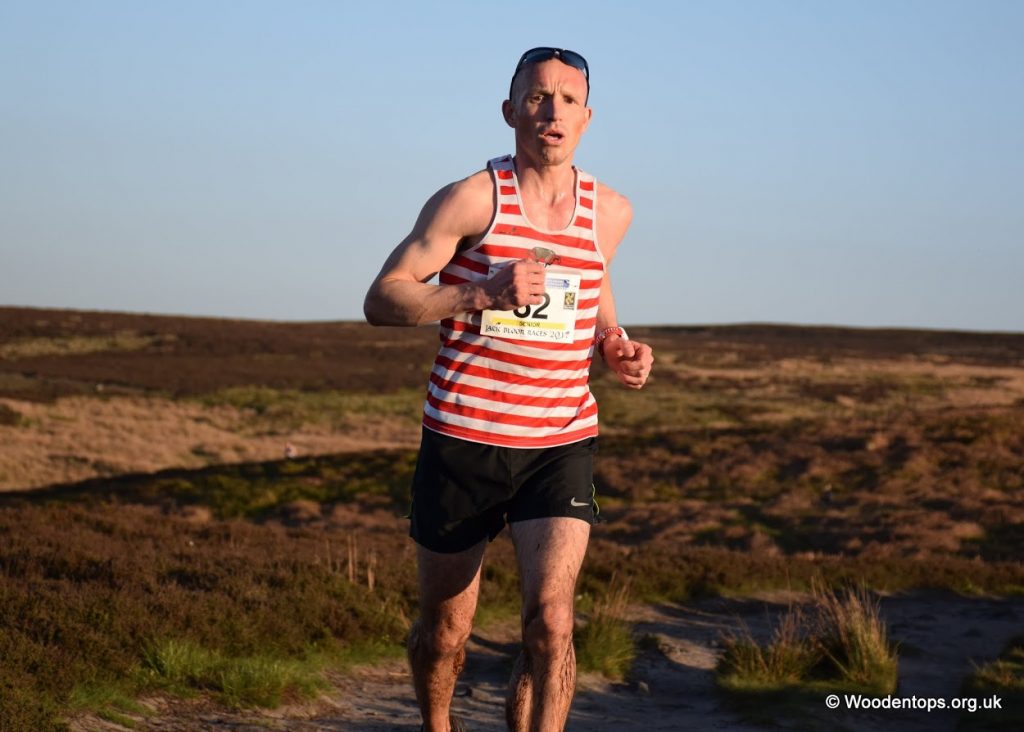 On form Jon Smith closing the gap on his rivals.