The first senior English Championship race in Shropshire. Despite a few elite absentees (Karl Gray, Math Roberts and Tim Ellis), the red and white stripes of Calder Valley were out in full force. The race they all had gathered for was Long Mynd Valleys, a savage early season test of fell fitness with some seriously steep ups and downs. 11 miles and over 4,500 ft of climbing would certainly prove a challenge for all those competing. 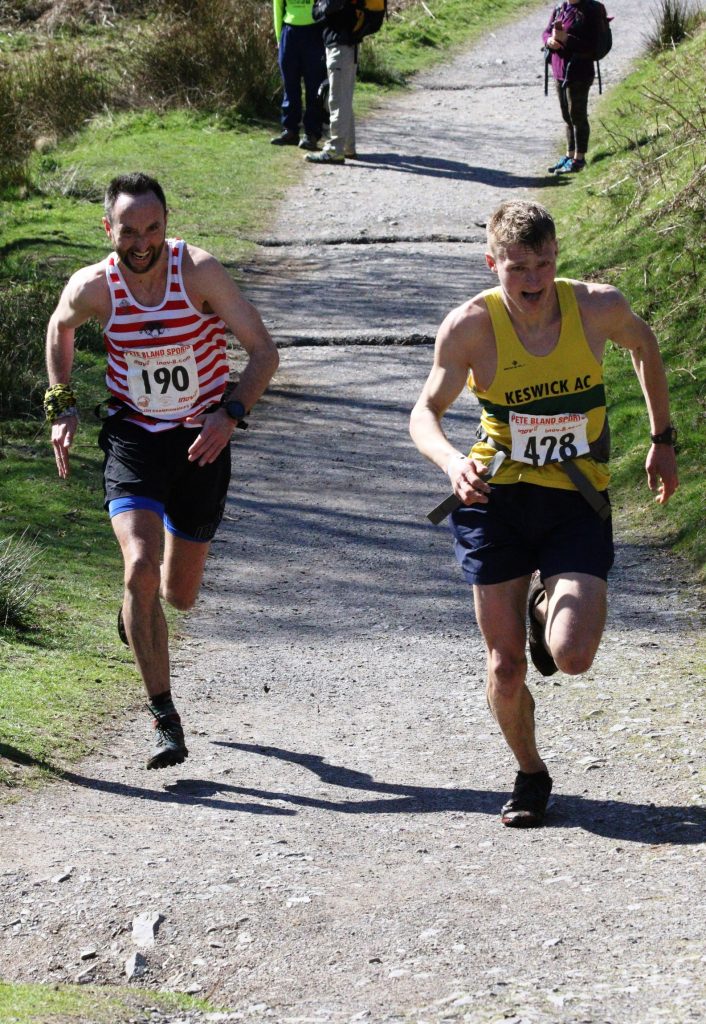 Leading the charge was CVFR’s Ben Mounsey, who ran a very sensible race and worked his way through the field to finish just inside the top 10 in 1:36, and only 3 minutes behind eventual winner, Tom Addison of Helm Hill. Despite not being at full fitness, it was a good result for Ben and a strong platform to build on for the rest of the season. He was closely followed by the CVFR’s recent in-form signing, Andy Swift, who was delighted to finish in a fantastic 11th position and in the process demonstrates his enormous potential. Making up the rest of the team counters were Gavin Mulholland in 26th, Darren Kay in 52nd and Mark Taylor in 59th. Most impressively CVFR also finished as the first V40 team with new signing Stephen Edwards helping the team, by finishing in 100th position. 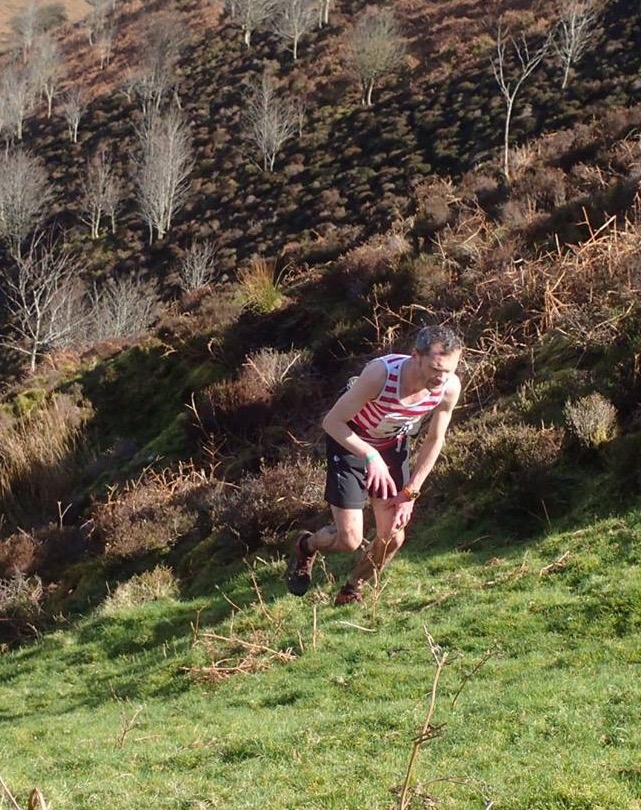 It was definitely the hottest and sunniest weather so far this year for racing, and so it was fitting that Calder Valley fell runners were greeted with a host of races to choose from – including the senior and junior English Championships. It also provided the perfect excuse for ‘vest’ weather, exposing those pale white arms, which have been hidden under layers of thermals and waterproofs for the last 5 months or so.

Boulsworth Bog, which although is only 4 years old, is becoming a key early season race for the team. A group of CV runners headed over to the picturesque village of Wycoller for the 8.2 mile race (1,394 ft ascent) and with it, the opportunity to scale Lad Law – the highest trig point in the South Pennines. 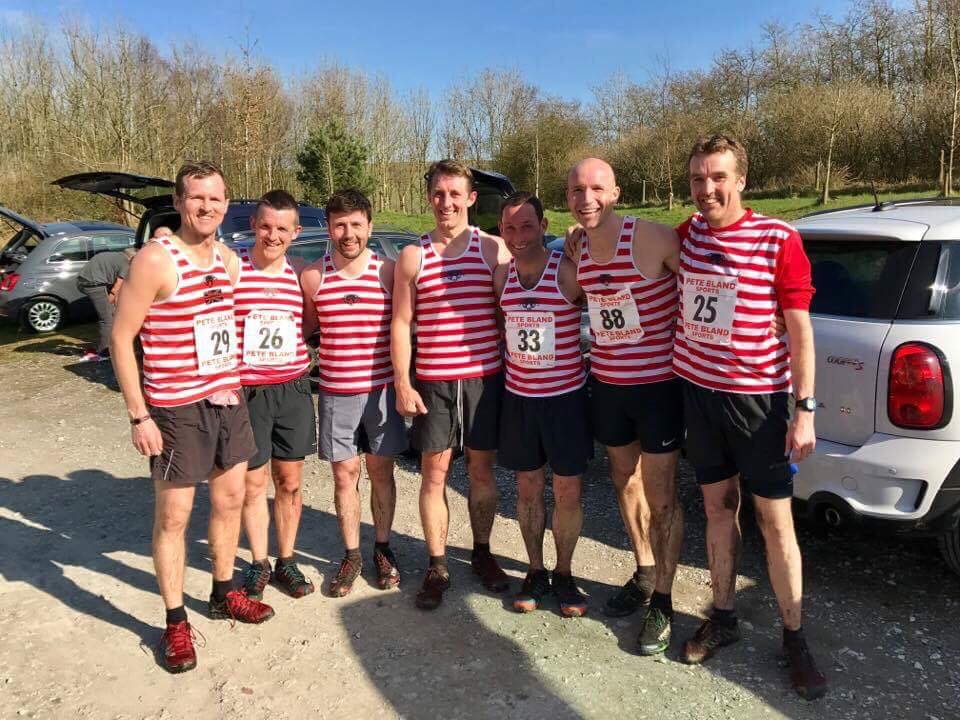 First back for CV was Jon Smith in 2nd place, with a time of 55:06 – just 1 minute shy of 1st place finisher Peter Coates (Clayton-Le-Moors). Iain Powell also had an excellent race finishing 7th overall and 2nd fastest V40. Ben Frechette, who was part of the team that headed over the border into East Lancashire had this to say: “Jon Smith and Mark O’Connor set the pace early on chopping and changing for the first 2 miles with Iain Powell and myself not to far behind but when the race hit the moor Jon proved his climbing prowess going up the steep climb by keeping in touch with the Clayton lad. Mark was still in touch with the podium topping out in about 5th place but rolled his ankle, which ended his day early and was left with a 4 mile jog/hobble back to the finish. Iain Powell left me on the steep moorland climb and I never recovered the gap. Richard Ingram who’s fitness is still there after his 6 month break from the fells hopefully felt that the sunshine and banter will see this the first of more for him this year.

Lastly, the longest race of the weekend was the Edale Skyline fell race. A true test of endurance at 21 miles and over 4,500 feet of climbing. The race takes in some beautiful scenery in the Dark Peak including the summits of Win Hill, Lose Hill, Mam Tor, Rushup Edge and Brown Knoll. 274 runners finished including Simon Fisher (181st 4:24:56) and John Minta (194th 4:30:44) – well done guys! 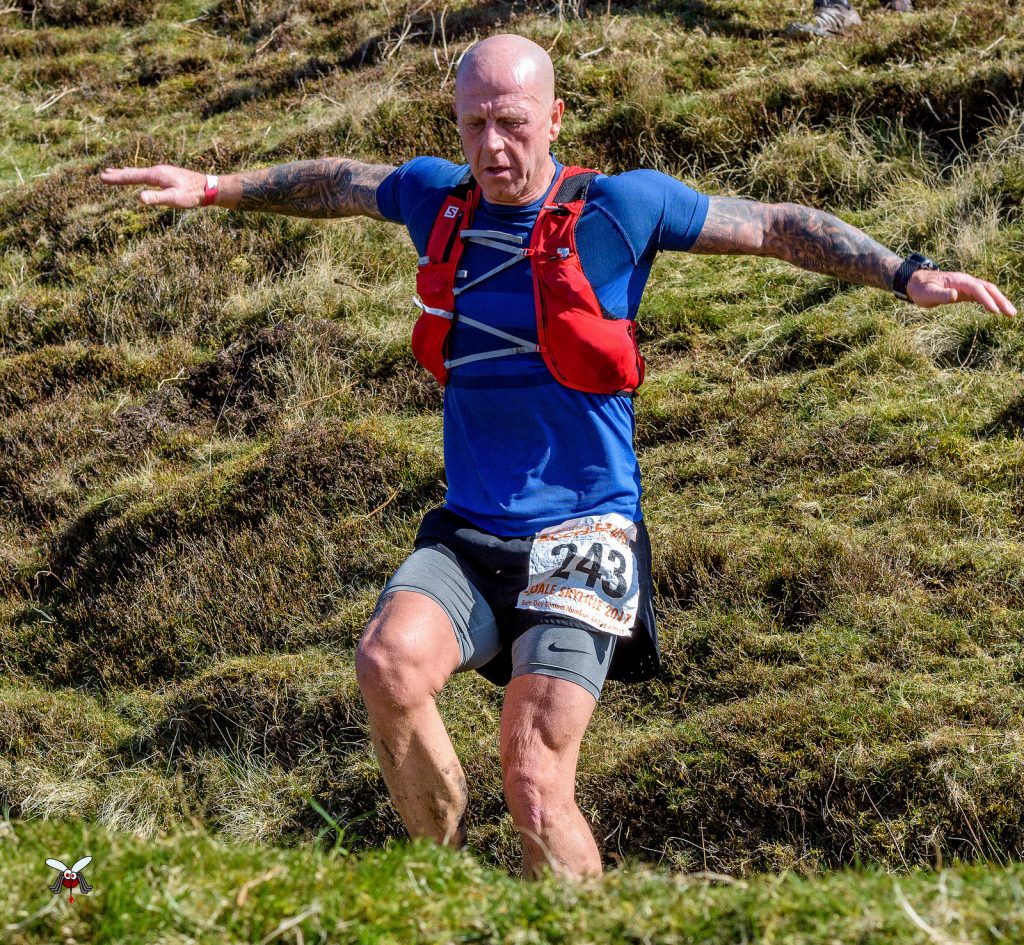