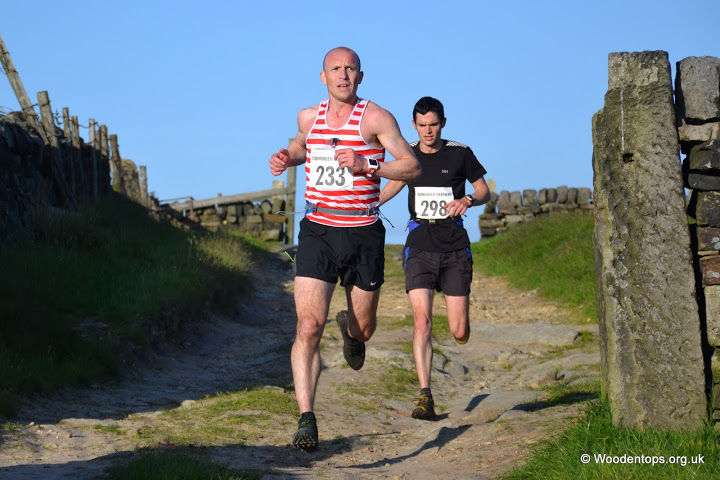 Jon Smith leading the way to Victory at Hebden:

On a beautiful early summer evening 137 people lined up to race the 10th Hebden Bridge Fell Race. Heading out of Calder Holmes Park, through the woods, across the moor, up to Stoodley Pike and back down, it’s a classic 6.5 mile fell race.

Part of the local Calder Valley Fell Runners club championship, 43 of the field were from the club – and they took the lion’s share of the wins.

“After yet another great battle at Cadair Idris with Mark O’Connor two weeks ago,” said Jon, “where he came blasting past me on the descent, I knew Hebden would be a crucial race in deciding this year’s club championships and I was determined to run well in my home town race.

“My plan was to establish a healthy lead over Mark at the turn as we know how fast he is coming downhill. In the end it was just enough and I was delighted to come home for my first fell race win since representing Calder Valley juniors in 1992.”

Gayle Sugden won the women’s race by an incredible 7 minutes, smashing the women’s course record in the process. Having broken the record for her leg of the Calderdale Way Relay just three weeks before, Gayle is in excellent form. She was characteristically modest about her win at Hebden, which saw her coming in 8th overall: 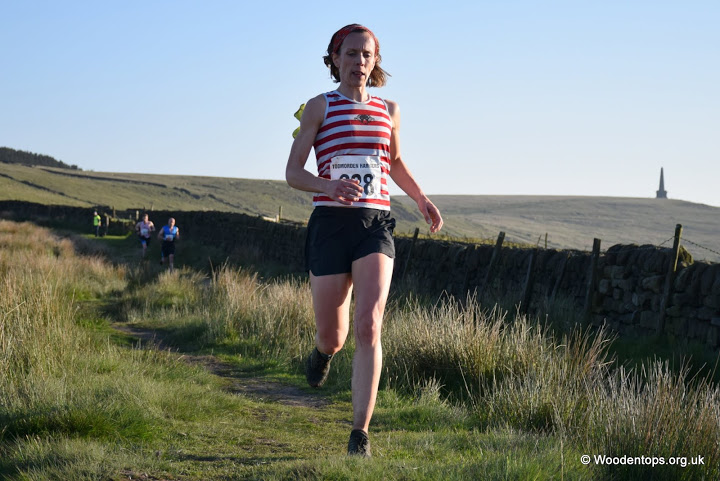 Gayle Sugden on the descent from Stoodley: to smashing the record!

“Unlike most races I wasn’t feeling nervous. I decided to sit back and take the first climb steady and let people go ahead. At the top my legs were feeling good so I pushed on, saw a few of the Calder lads ahead and went past them. I thought this is turning out to be a good race, keep it going Gayle.

“I felt strong on the climb up to Stoodley but kept thinking I would be caught on the descent. I ran hard going down and amazingly no one caught me. Not wanting to lose any places I ran hard to the finish and broke the ladies record. Super chuffed!”

Alongside these wins, Calder also took the team prize and the club’s Ian Powell was the first V40, Mark Wharton the first V50, Nick Murphy the first V55 and Brian Horsley the first V65.

With all important club championship points at stake battles took place across the field. Four Calder runners – Mark Wharton, Bill Johnson, Richard Sunderland and Phil Wells – finished within 20 seconds of one another. And Paul Haigh and Paul Gilbert continued their running battle with Gilbert gaining on the final technical descent but Haigh pipping him at the post to win by 6 seconds. 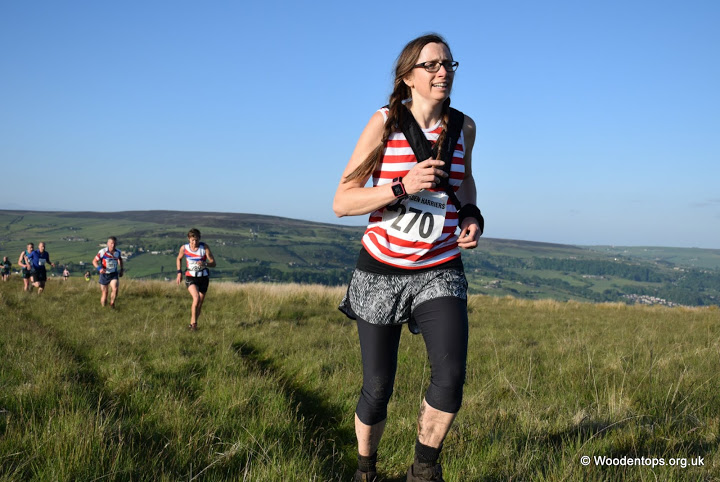 Imagine running for eight days straight, covering over 300 miles across tough mountainous terrain in often poor conditions. John Minta of Calder Valley Fell Runners did more than imagine, completing the gruelling Cape Wrath Ultra in northern Scotland in a total of 61 hours and finishing in an impressive 16th place – particularly noteworthy given that half the competitors failed to finish the course. 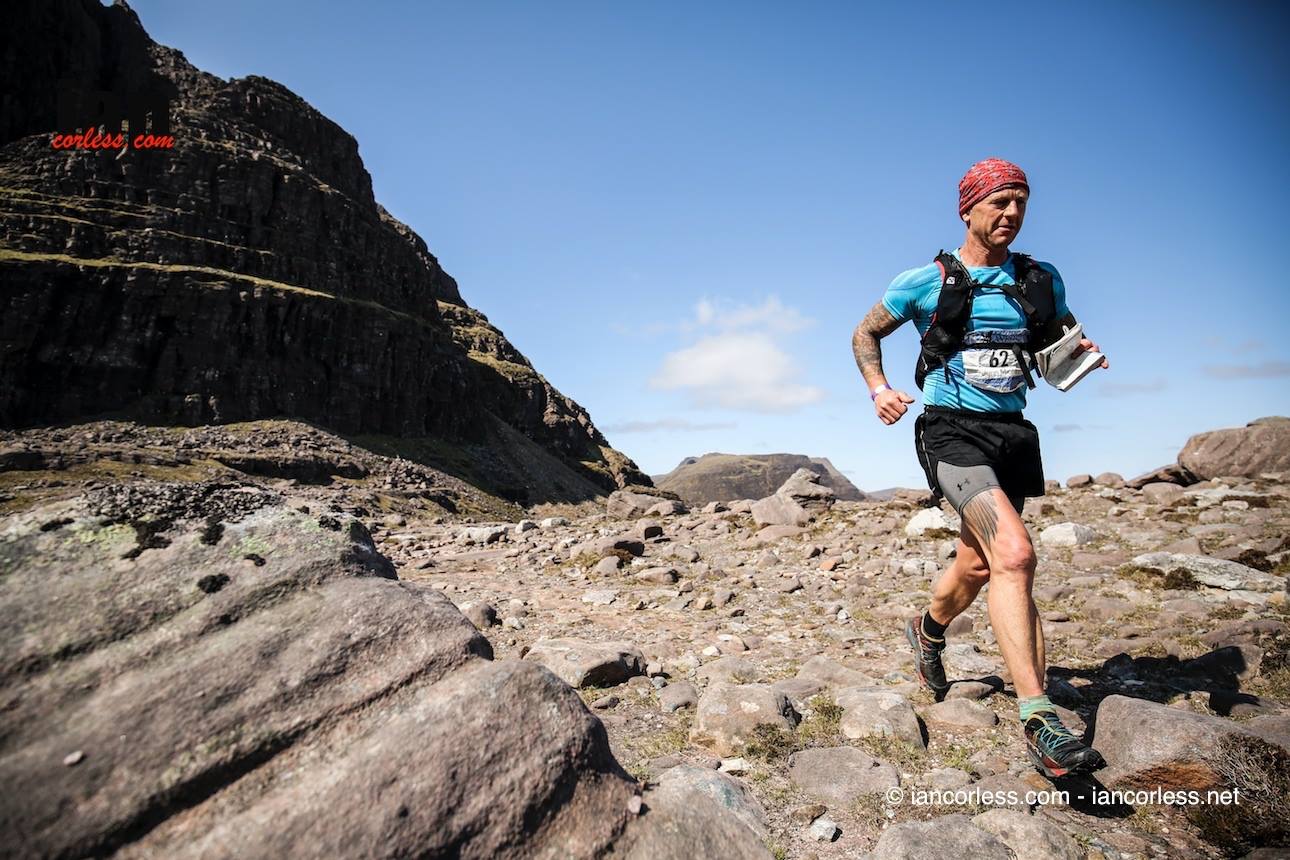 John Minta described the epic race, that travels across tracks, mountains and moorland, as “the hardest thing I have ever done” – no understatement from a rugby player and regular ultra-runner.

A handful of Calder Valley runners took advantage of the weekend’s weather and headed over to Skipton to compete in the fast and furious Kettlewell Fell Race. At 1.5 miles with nearly 200 metres of ascent this as an eyeballs out race, with Calder Valley’s Joe Washington taking an impressive fourth in 12:31. Helen Buchan was the 16th lady, with Craig Hall and Dave Hammond of Calder Valley also running.