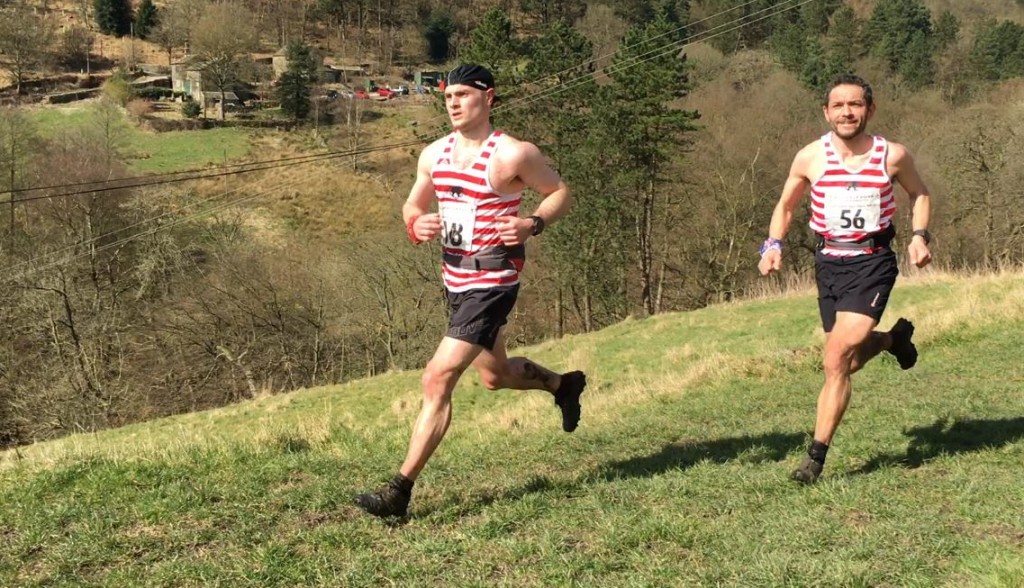 He shared the glory with Bingley’s Victoria Wilkinson, one of the finest female mountain runners of her generation, who smashed the ladies course record.

There were 30 Calder Valley Runners of 254 runners in total, who enjoyed clear blue skies and warm sunshine.

The field gathered on Heptonstall’s cobbles to take on 15 miles and 3200 feet of ascent over the hills and valleys of Colden Clough, Heptonstall Moor, Hebden Dale, Greave Height, Hardcastle Crags, Shackleton Knoll and Crimsworth Dean. Now in its sixth year, runners received their traditional start-line blessing from the Rev Howard Pask. 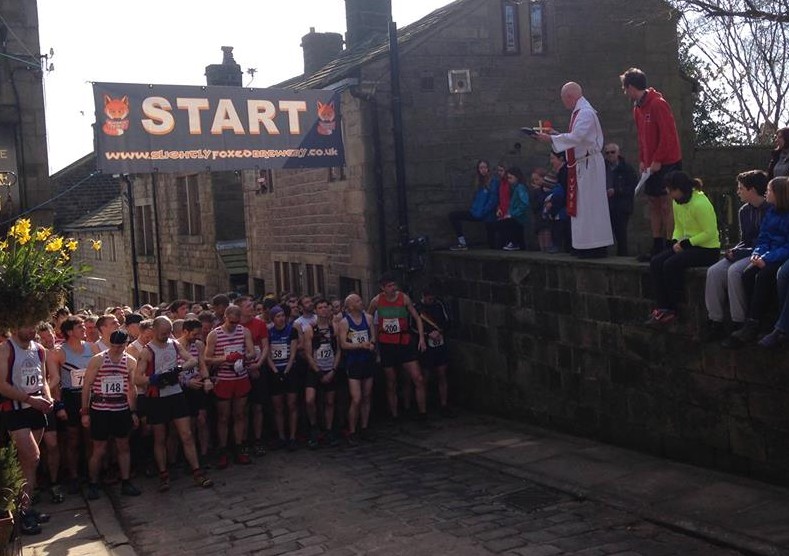 Calder Valley Search and Rescue team and Mytholmroyd Scouts, along with 50 volunteers from the village, were stationed around the route as a large crowd cheered the runners out of the hill top village.

It was obvious from the outset that the 2016 race was going to be another classic, as Valley’s Karl Gray, Tim Ellis, Kevin Hoult, Darren Kay and James Logue jostled for pole position with Wharfedale’s Sam Watson, Ilkley’s Jack Wood, Pudsey and Bramley’s Joe Baxter and twice winner Adam Osbourne of Leeds AC. 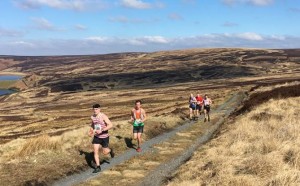 Nine miles in, there was still only a few seconds between the first 10 runners.
As they crossed Walshaw Dean, climbed White Hill and dropped down to Walshaw Lodge, Ellis led from Bowland’s Chris Arthur, followed by Gray, Osbourne, and Gary Priestley of Salford Harriers.

FRA English Champion and twice British champion Victoria Wilkinson matched Watson stride for stride. Wilkinson took a nasty fall on the steep descent down to Hebden water, sustaining cuts and bruises, but the 2014 Three Peaks winner pushed herself back into contention on the climbs up to Turn Hill, and Shackleton.

All the lead runners were then led astray as they charged down Crimsworth Dean towards the Blue Pig. Race flags had been moved, sending many runners on a confusing detour. All seemed to use their good sense to quickly reach Midge Hole, and the final 500 feet climb to the finish.

Gray edged out Ellis with Osbourne third while Wilkinson was ninth in spite of her fall. Hannah Jarvis of Dorking and Mole Valley AC also broke the old ladies record and last year’s winner, Calder Valley’s Jo Buckley, was third. 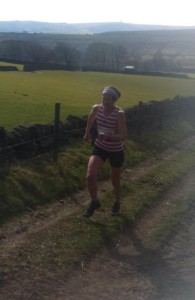 The event was organised by runners from Calder Valley and Todmorden Harriers, based in and around Heptonstall, with tremendous support from village residents. Seventy volunteers helped to marshal, provided free refreshments, and organised parking. The main sponsors were Sportsshoes.com and Slightly Foxed Brewing Company. The Cross Inn acted as race HQ whilst The Bakehouse donated to post-race catering. The event raised more than £1500 for St Thomas’s Church, Mytholmroyd Scouts and Calder Valley Search and Rescue.