The last race of the year in the fell running Calendar is the Auld Lang Syne.  Always a popular race 419 runners, many of them in fancy dress, gathered in the old quarry at Penistone Hill, Haworth to be greeted by a kilted bagpiper.   The race then heads out over the Haworth Moors to the Trig point above Top Withens.  The Brownlee brothers often compete in this race but with pre selection for the Rio Olympics already achieved, who could blame them for saving themselves. 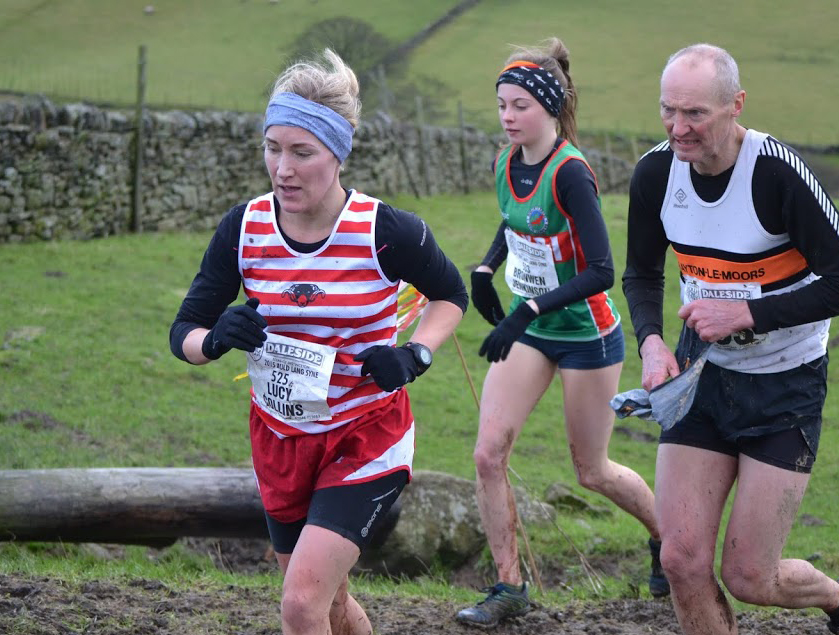 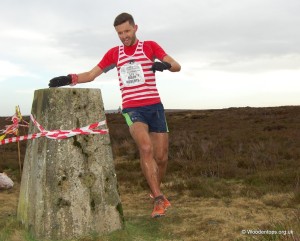 The race was won by Chris Farrell of Horwich in 41:19 with Math Roberts first Calder Valley runner back in 16th place.  Calder women had some good results with Lucy Collins in 6th (57th overall) just three minutes behind the winner, the Holmfirth dynamo Katie Walshaw.  Jo Buckley came in just over a minute later in 7th (69th overall).  Calder women were second place behind a strong Holmfirth team.

Following the Auld Lang Syne, on the first of January is the first race of the year, the Giant’s Tooth, which starts at Ogden Reservoir.  A three mile hangover blaster round the standing stone that is allegedly the last tooth of Ogden the Giant.

Richard Anderson of Holmfirth won in 17 mins and 44 seconds.  Calder Valley’s Tristan Sheard was first back for the club, under the twenty minute mark, and a good result in sixth place.  Racing snake Steve Smithies was 30th, completing two races in two days.  116 runners competed.