A gap in the racing calendar allowed fell running’s great and good to gather at the FRA annual presentation at The Daffodil Hotel, Grasmere, hosted by Ambleside AC. 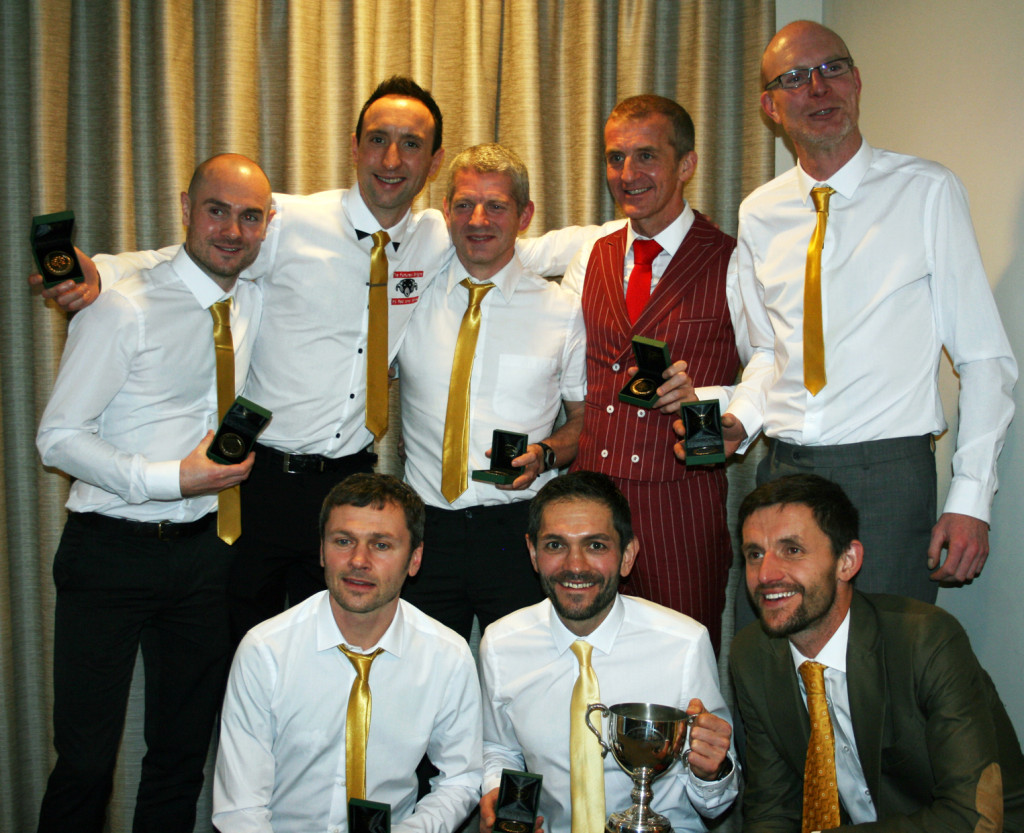 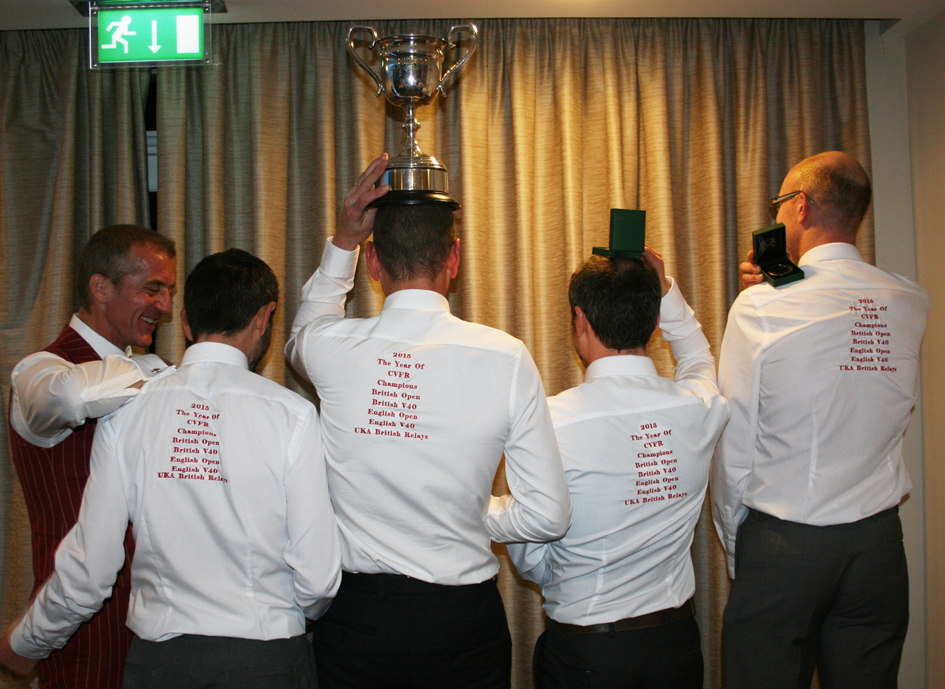 Calder Valley’s glitterati were out in force as the club’s men celebrated in style, picking up trophies for a clean sweep of the national 2015 FRA team titles.

An amazing year has shown that the club’s strength in depth is second to none.

This was the result of around 10 runners each contributing in some way in a multitude of counting races across the UK’s hills and mountains. 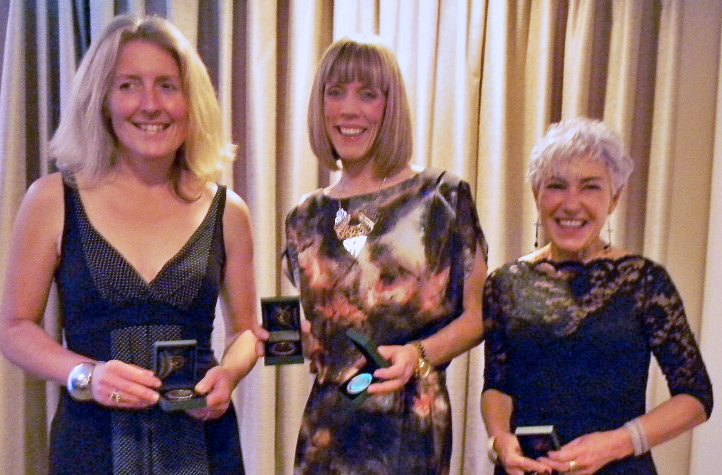 There were also individual successes to celebrate.  Karl Gray won joint-gold in the English V45 championship and Bronze V40, Gavin Mulholland won bronze in the British vets and Sally Newman won gold in the English FV50 and silver V45.

The Tour of Pendle

A hardy group of Calder Valley Fell Runners struggled across flooded Pennine Valleys to Lancashire on the 14th November, to take on the daunting Tour of Pendle, an early winter classic that packs in a mighty 5000 feet of climbing over 17 painful miles that criss-cross Pendle Hill with several immense ascents.

400 runners arrived at Barley Village Hall to the news that famous course was to be shortened by 3 miles to avoid the risk of exposing marshals to long periods of potentially dangerous weather. In practice this meant missing out the last two torturous climbs of Pendle Hill, reducing the course to 14 miles and 2700 feet of ascent.

The race began as usual with first big climb from Barley to Check Point 1, at Pendle Hill’s summit cairn. There followed the enjoyable descent over open moor and into a valley following a fast flowing stream to

Check Point 2, before a sharp drop to Churn Clough reservoir and a relative rest as runners ran along the access track by the water to Check Point 3.

By this time the race had settled down, with the leaders off ahead and a long column behind, containing most of the Calder Valley mid-pack runners.

The leg to Check Point 4 was a short but nasty climb up a steep sodden hillside covered in bracken and peat making for inefficient motion. This big effort was immediately rewarded by the massive, adrenalin-inducing descent to Ogden Clough. The kamikaze-style running that typifies this section of the race has led to the infamous descent being branded ‘Geronimo’. This seemed about right, as many runners resorted to slithering down on their backsides at great speed to Check Point 4 in the valley bottom.

The race then turned sharply through a water crossing, to follow a stream for a few hundred yards before climbing sharply to Check Point 5, only to turn 90′ and drop back to Ashendean Clough, and the foot of the last big climb on the shortened route, back to the top of Pendle Hill (again!) where the race dropped rapidly, back to Ogden Clough for a relatively easy half mile downhill to the road, where the Calder Valley contingent put in a 1 mile sprint finish to arrive back in Barley.

Pudsey & Bramley’s Rob Hope was first home followed by Chris Holdsworth of Clayton Le Moor in second, just ahead of Bingley’s living legend, Ian Holmes. Calder Valley’s A team were noticeable in their absence, which gave Kevin Hoult the honour of being the first Calder runner over the line in 2.05.24, in 36th place overall.

Ladies Captain Helen Buchan was having the race of her life until the sole came off her fell shoes. She still limped home to finish but was obviously disappointed. That’s fell running for you  … you just never know whats round the corner.