The last week of May & first week of June may include a school & a bank holiday, but there’s no break in the fell running calendar – with plenty of races to choose from.

PB Round:
For Calder Valley runners, the most epic of this week’s races was without a doubt the Paddy Buckely. Along with the famous Bob Graham in the Lakes and Charlie Ramsay in Highlands, the PB in Wales makes up the third of the UK fells three ‘big rounds’ – & is recognised the hardest, due to its terrain. On 1st & 2nd June, CVFR’s Lee Shimwell & Karl Grey took on the this 100km & 47-summit run, looking to finish in the arbitrary 24-hour time challenge. 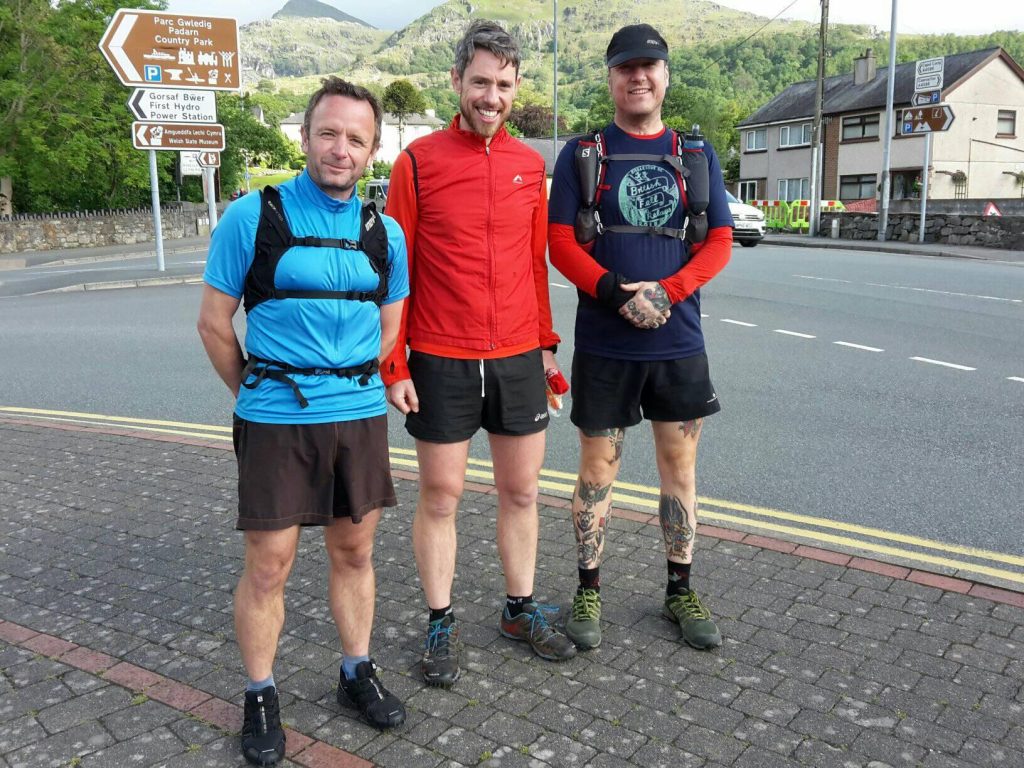 PB Round – before setting off

Thankfully given the atrocious weather for the first 14 hour of their attempt at this monster round, unlike the Bob Graham, runners do not have to finish in one full day & night. In the gusting gales, sliding over wet rocks with zero visibility & persistent rain, Shimwell described how his he almost gave up half way round, but his ‘fantastic CVFR support team wouldn’t allow it’, partly he suspects due to having camped all night in a deserted quarry high in Snowdonia. They kept him going, finishing the full route in a very respectable 26h & 39 minutes. Less that one day later, Shimwell commented that he was just ‘extremely pleased to have got round’, although having not met the time challenge he ‘might have to try again!’ However, he was also quick to observe that he could not have even got around the full round without the fantastic support he received from all involved.

With many Calder runners in Wales offering support on the Paddy Buckley round, only eight CVFR runners braved the early morning drive over to Rossendale, where the Edenfield residents’ association sponsor a fell race with a great prize haul. 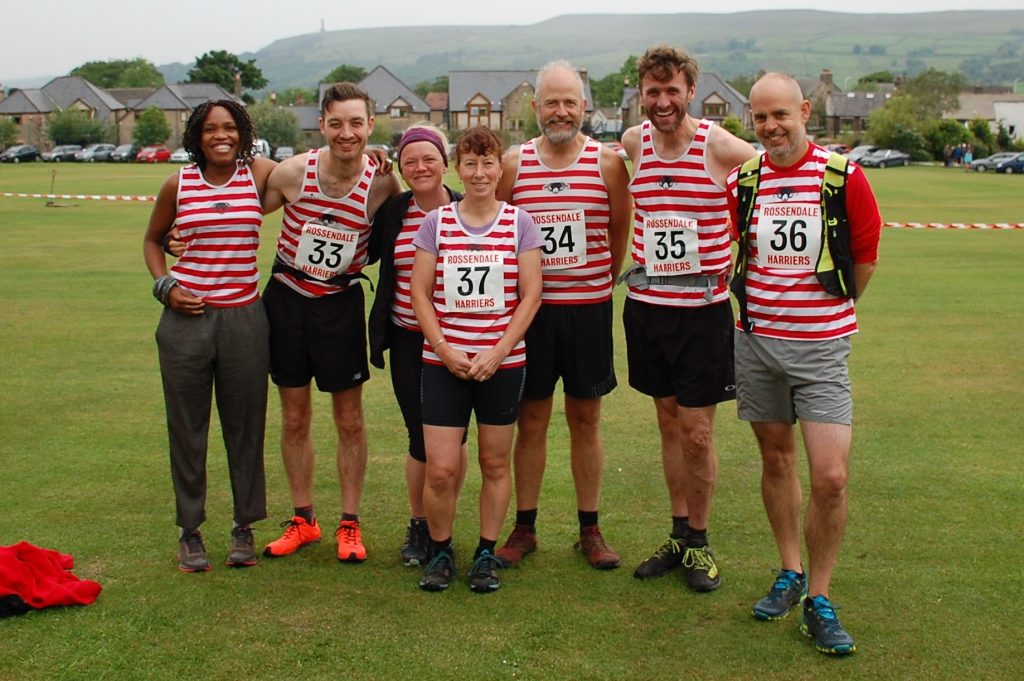 The 10.3km race begins its 477 miles of ascent from the off, with a quick climb at the start up to the moors. This year’s weather made running across the moors a challenge in itself for the 136 competitors – between cold showers & baking heat, without even taking the steep technical descents and vicious sting in the tail of 200m climbing in about 200m of the course just 2km from the end.

Paul Haigh was the first red & white hooped runner home finishing 18th overall (& 4th in the MV40 category) at 52 :25. Completing the first three home & just pipped the men’s team prize by Rossendale, Andy Wright & Rob Rawlinson (third in the MV45 category) had a real sprint finish to the line, with only six seconds between them as they crossed it, in just under 55 minutes a-piece. 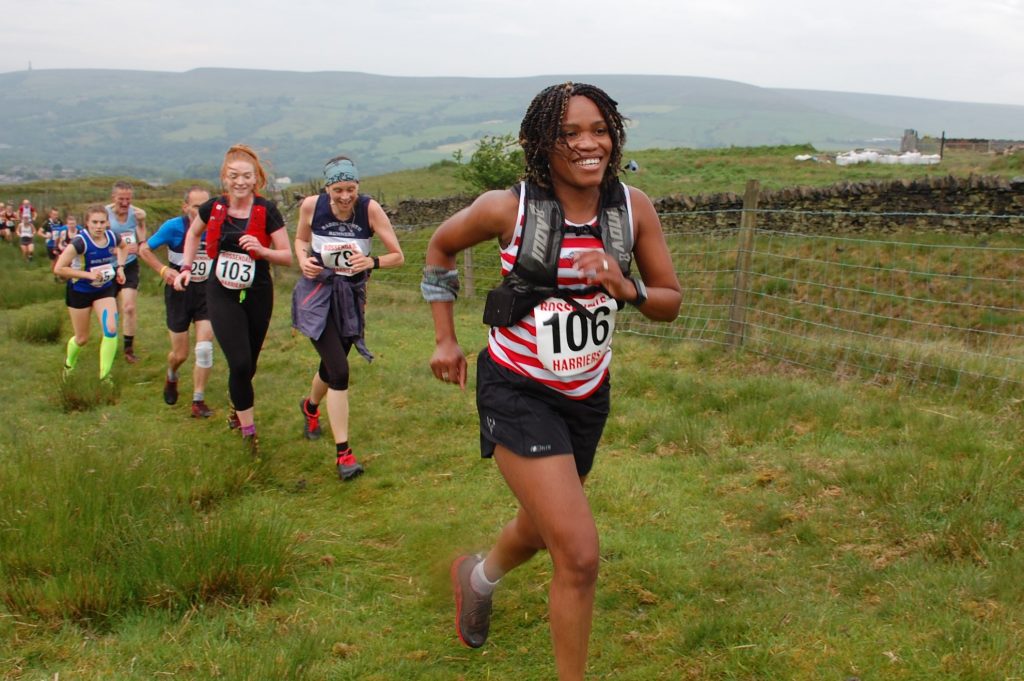 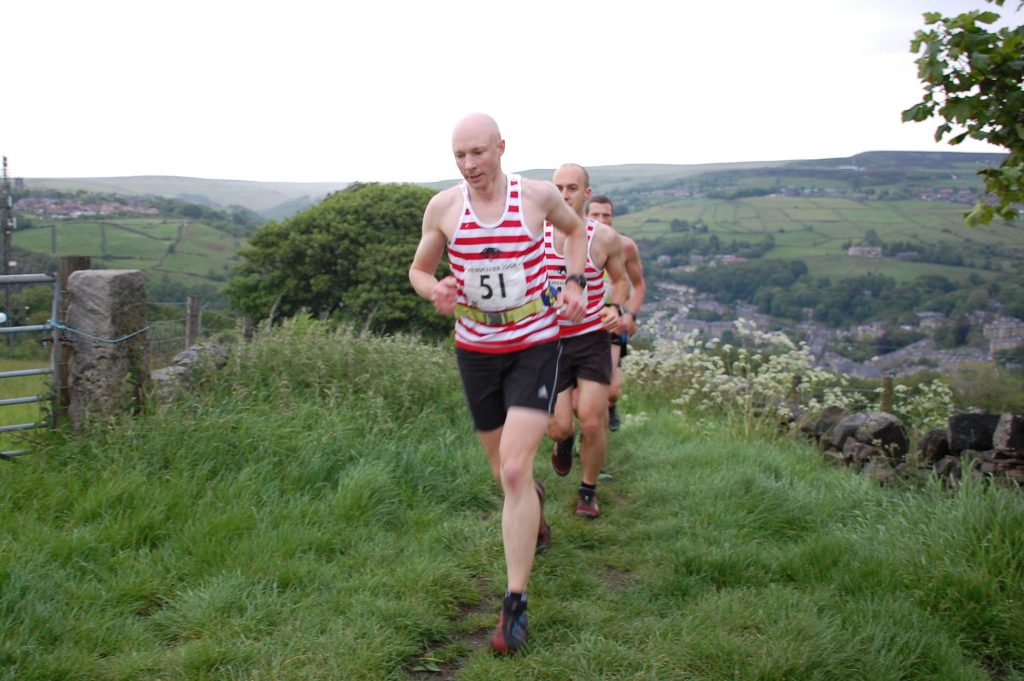 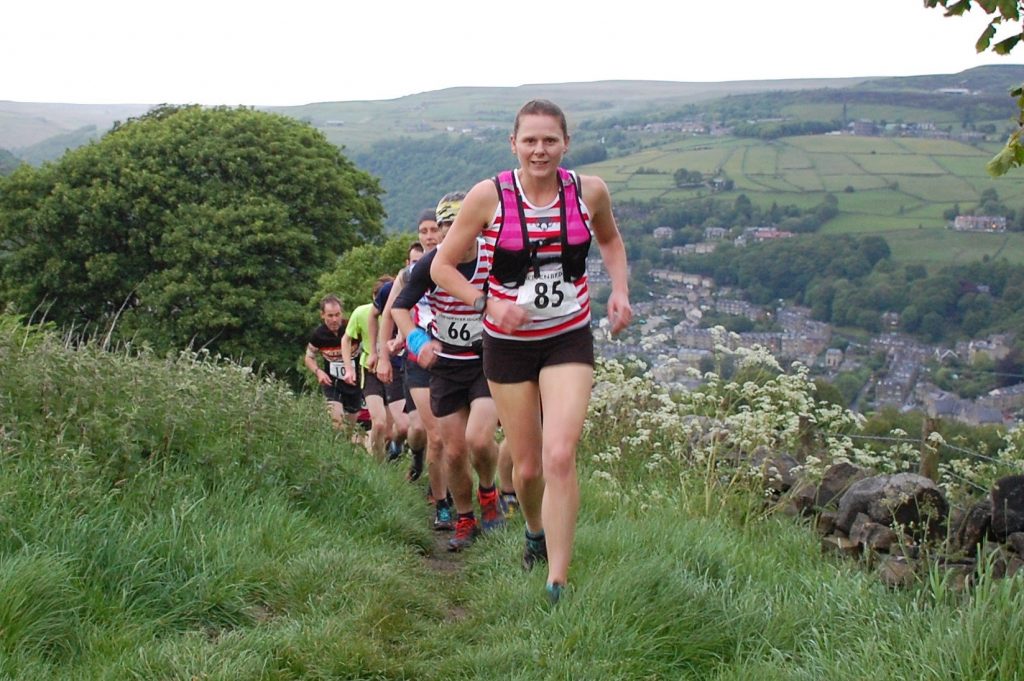 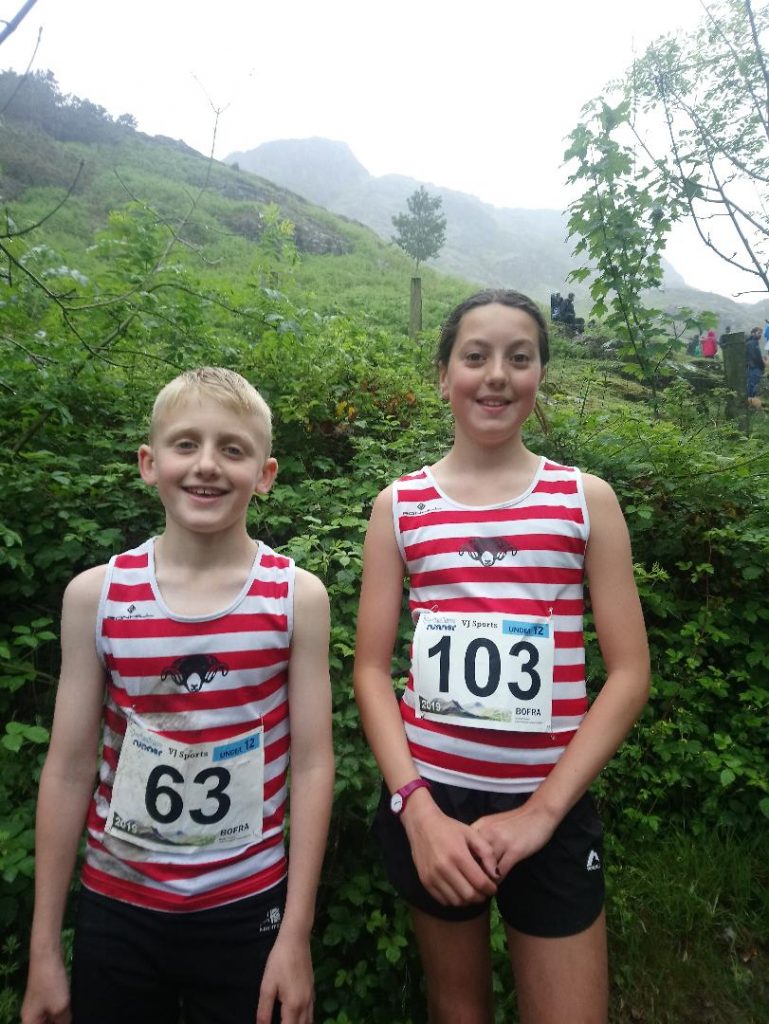 Further from home, CVFR’s international runner Holly Page, on the mend from the broken foot that saw her have to forfeit running for her country earlier this year, is back to racing again. With three outings in just over a week, on Sunday 26th May, Page competed in the prestigious Gamperrney Berglauf in Germany. At 1,000+ meters of climb for just 9km, this race packs a serious punch – not least for only the second week back running after a serious injury. Page finished an outstanding 3rd in a very competitive women’s field (the trial for the Germany national team) – in a time that would have won the race the previous year. Then on Saturday 1st June, this time in Switzerland, Page took on the half-marathon trail race Cuors da Flims, which she likewise stormed round – finishing the 21km in under 1h45 minutes, taking not only first place but also the women’s record for this distance.