So, the first race in the lockdown-easing calendar, the rescheduled Bilberry Fields proved a popular new event in a sparse fell-racing programme with few race organisers taking the risk of further disruption to their plans. This is a new race originally scheduled for November 2020 and put back to late March this year – great timing on the part of organiser Dan Taylor and from all reports, a well organised, COVID-secure race.

Calder Valley responded with a small contingent of runners for the early evening meet in unseasonably warm weather. This is a great route with tough climbs and lovely fast descents, a 4.6 mile tour of the hills and woods above Lydgate taking in rocks and moors, wizards and dungeons. Organised as a time-trial, the field of seventy-nine runners set off at thirty second intervals to ensure as much social distancing as possible. The first climb to Orchan Rocks stretched the field out further and soon runners are on Hudson Moor heading to Whirlaw Stones, looping past the Wizard of Whirlaw and on to Dungeon Wood. The Calderdale Way features twice before the race heads downhill to Rake Farm and under the railway line for a finish on Harley Wood playing fields. 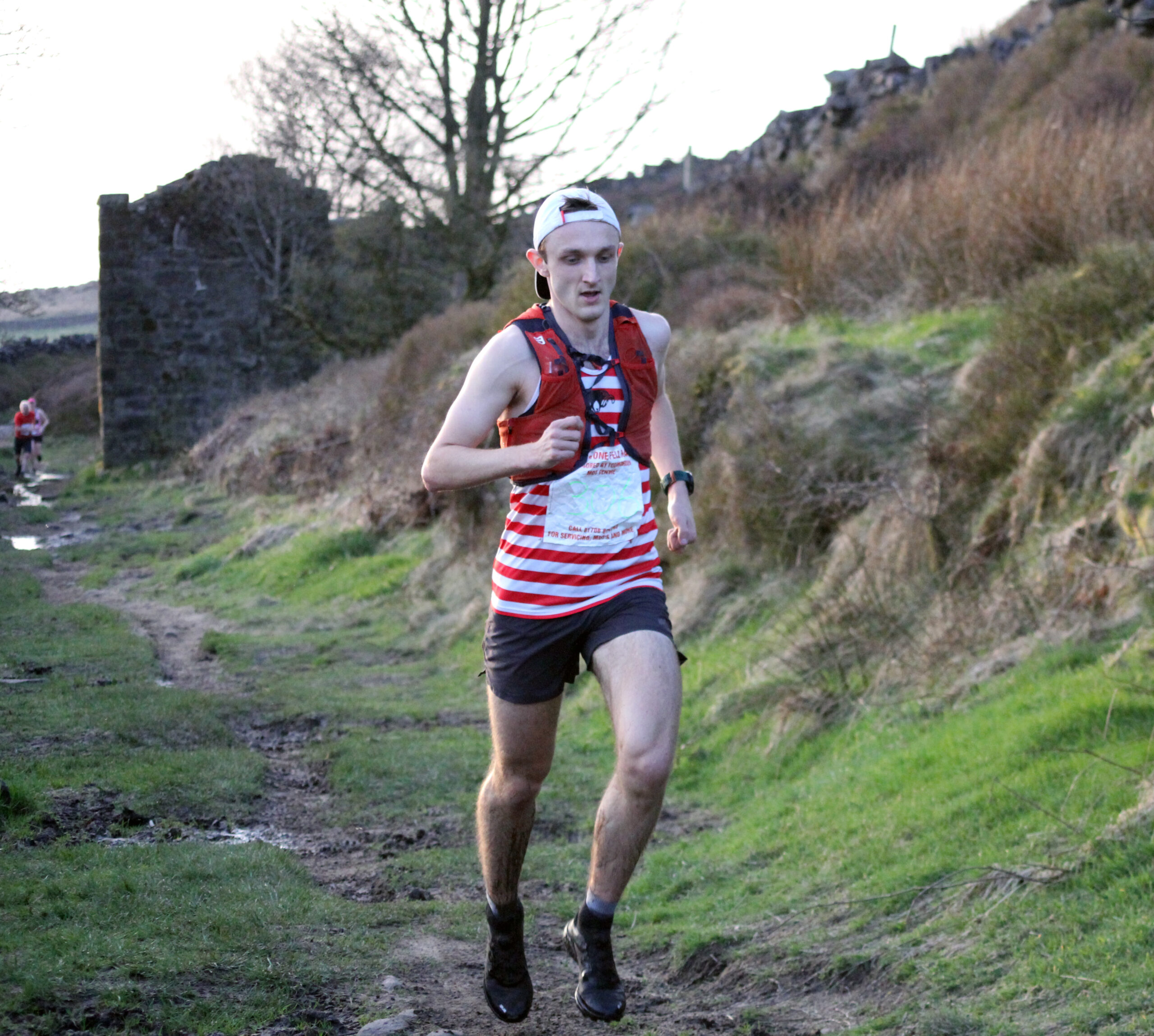 Calder Valley has encouraged club members to stay active and to stay safe over the past year with a series of ingenious, fun and rewarding virtual challenges. But for some there is nothing like a bit of real-time race competition. One of the club’s rising stars, Martin Howard, had a great run coming in second behind Great Britain runner Tom Adams, who posted the first course record of 32.01. With less than a minute separating the two, in a regular race this would have been a great tussle between the more experienced Adams and the rapidly improving young Howard. 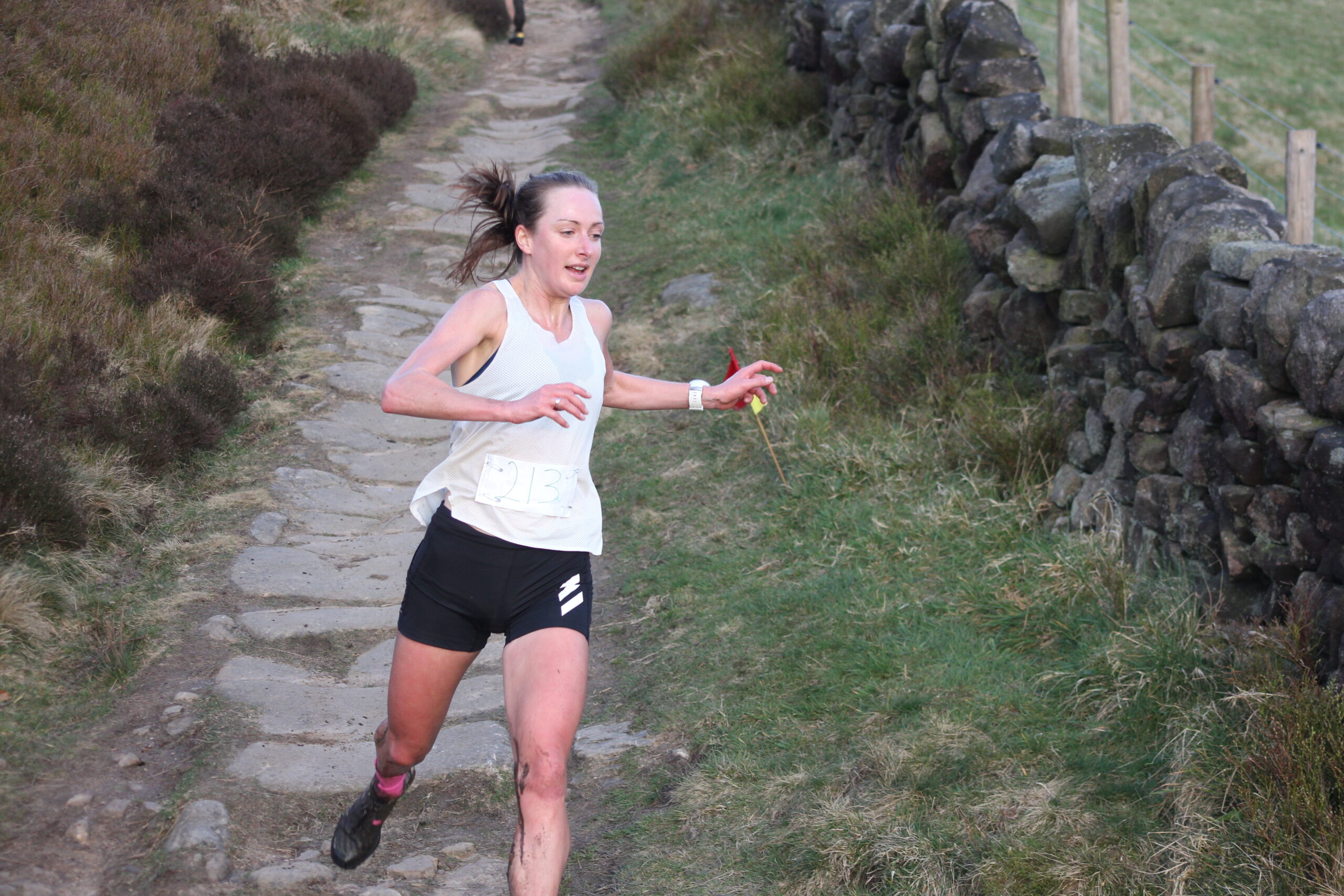 Fastest woman and fifth overall was CVFR’s Holly Page who ran another storming race and set down a woman’s record of 36.31 for the course. It may be some time before this is improved on.  New club recruit, Andy Ford, running in the red and white for the first time took eighth place overall. Cass Chisolm had a good short, sharp run out after her long-distance exploits of the past few months whilst Jon Wilson and Anthony Costello flew the flag for the club’s growing band of veteran runners. 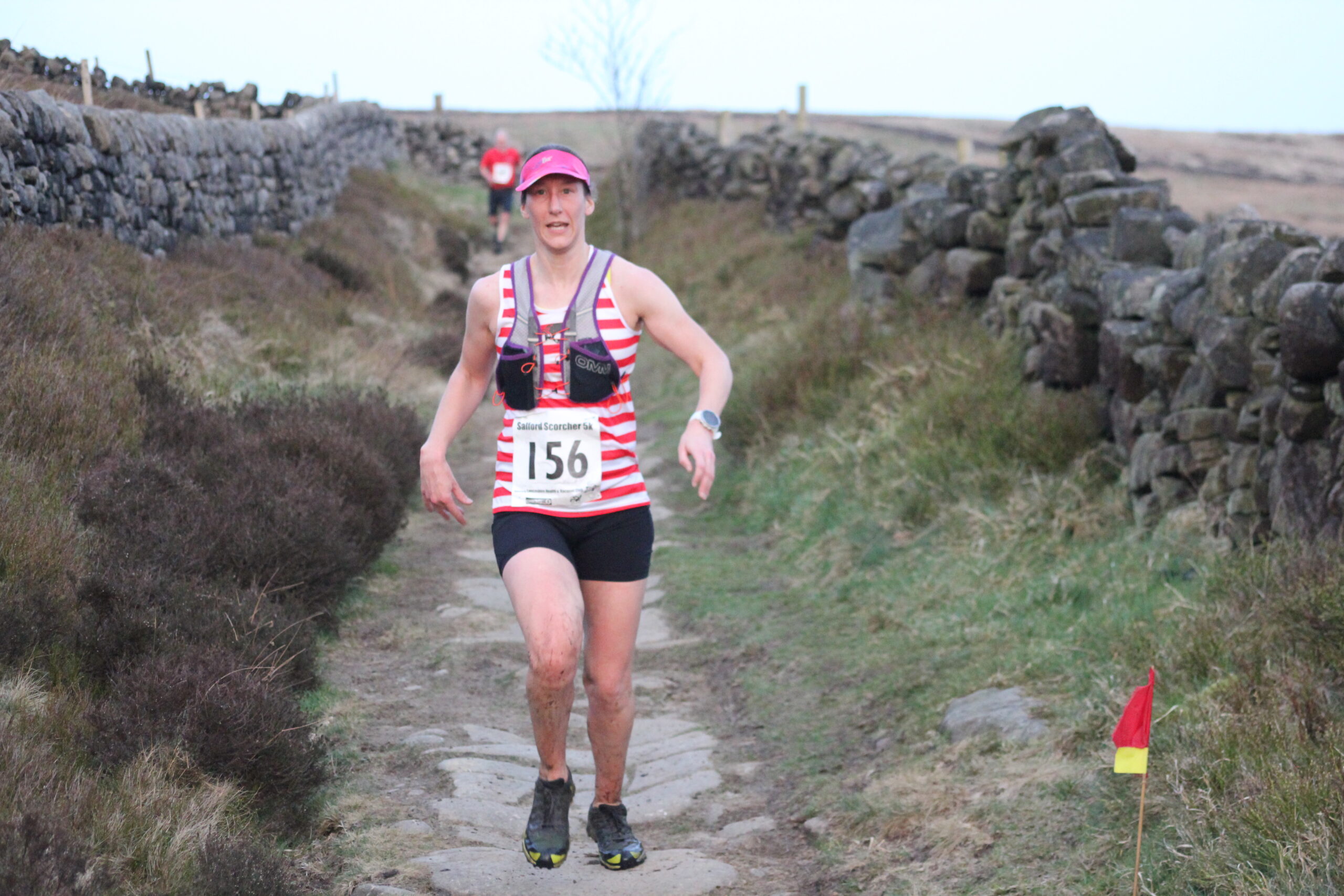 It might be too early for the bilberries to be in fruit but this race proved there’s nothing to get hung about – competitive fell racing really can take place safely with the right organisation and format in place.