A long anticipated attempt at the classic lakeland Bob Graham Round was announced on Saturday morning.  Former club captain, Helen Buchan, had set off at midnight from Keswick to run the 42 peaks, 28,000 feet of climbing and 66 miles.  The challenge has to be completed in less than 24 hours and Helen planned to get round in 22 hours and 47 minutes. 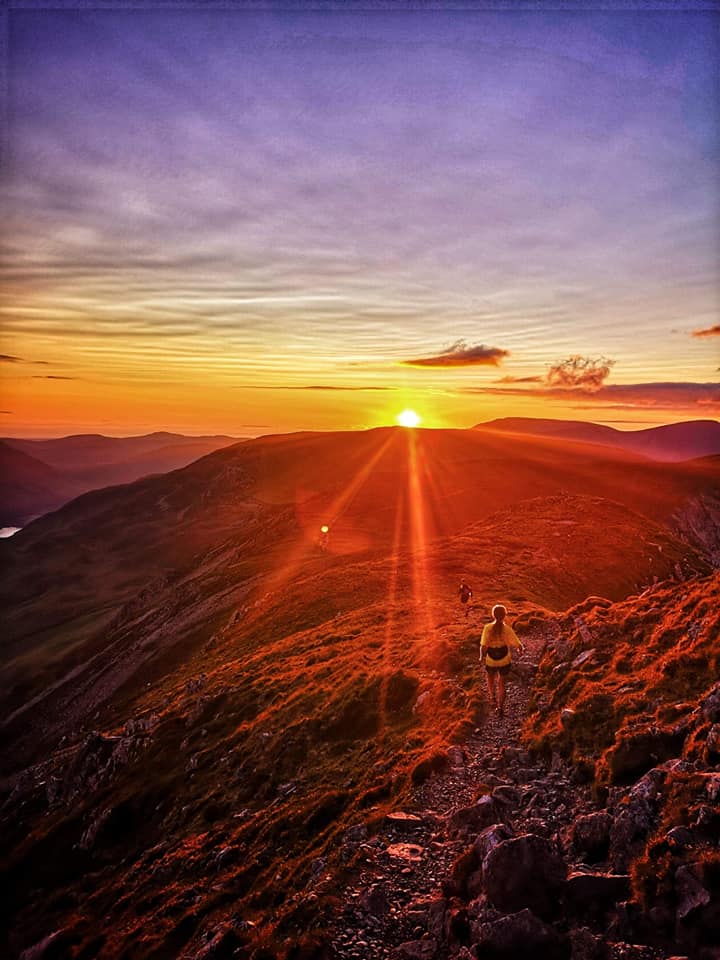 Helen said “I had a couple of wobbles after losing time on my schedule on leg 3 & when I thought I’d lost more time coming off Robinson (the final hill), but thanks to the 5 best support runners & 1 road supporter I could have asked for I did it!”

Late Saturday evening Helen returned to Keswick completing the round in 23 hours and 43 minutes, the newest member of the Bob Graham Club. 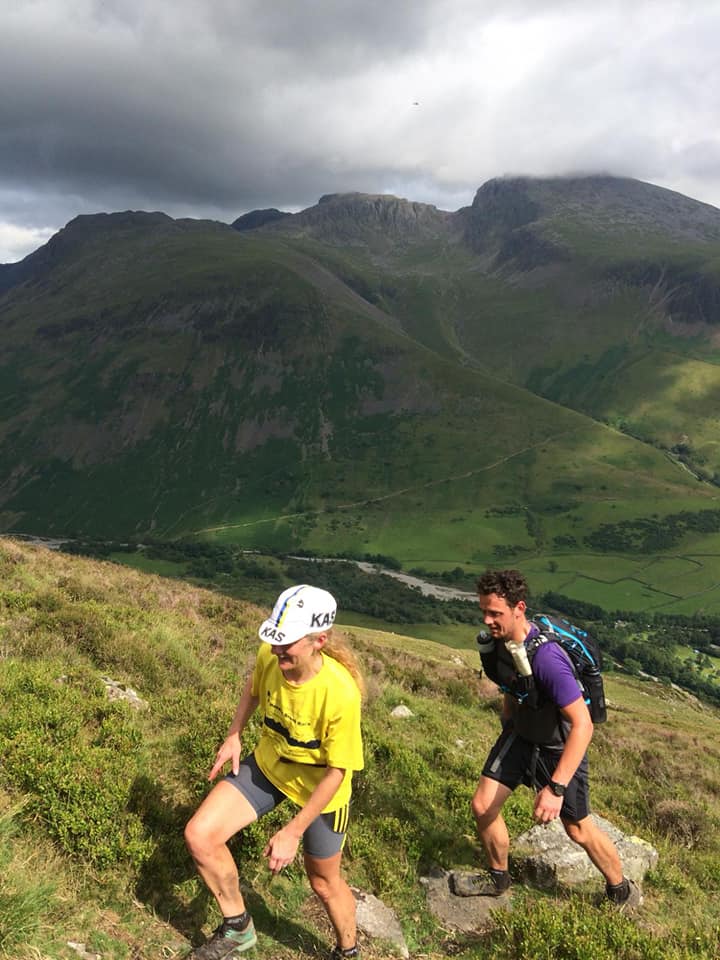 Out of Wasdale on the climb up Yewbarrow

Race to the Stones

Calder Valley ultra Girls, Christina Turner, Kate Pope, Gill Dickson, Gloria Ayuso and Nicki Latham competed in the Race To The Stones last weekend.  It’s a 100km race along the Ridgeway, from Ivanhoe Beacon to Avebury Stone Circle in Wiltshire. Not a fell race but hilly enough with 3,704ft of ascent, the route traverses the Chilterns and North Wessex Downs.  The girls finished in places 115 121, 122,123 and 124 out of 725 finishers in the two day event, running for just over 15 hours with an overnight camp at the halfway point. 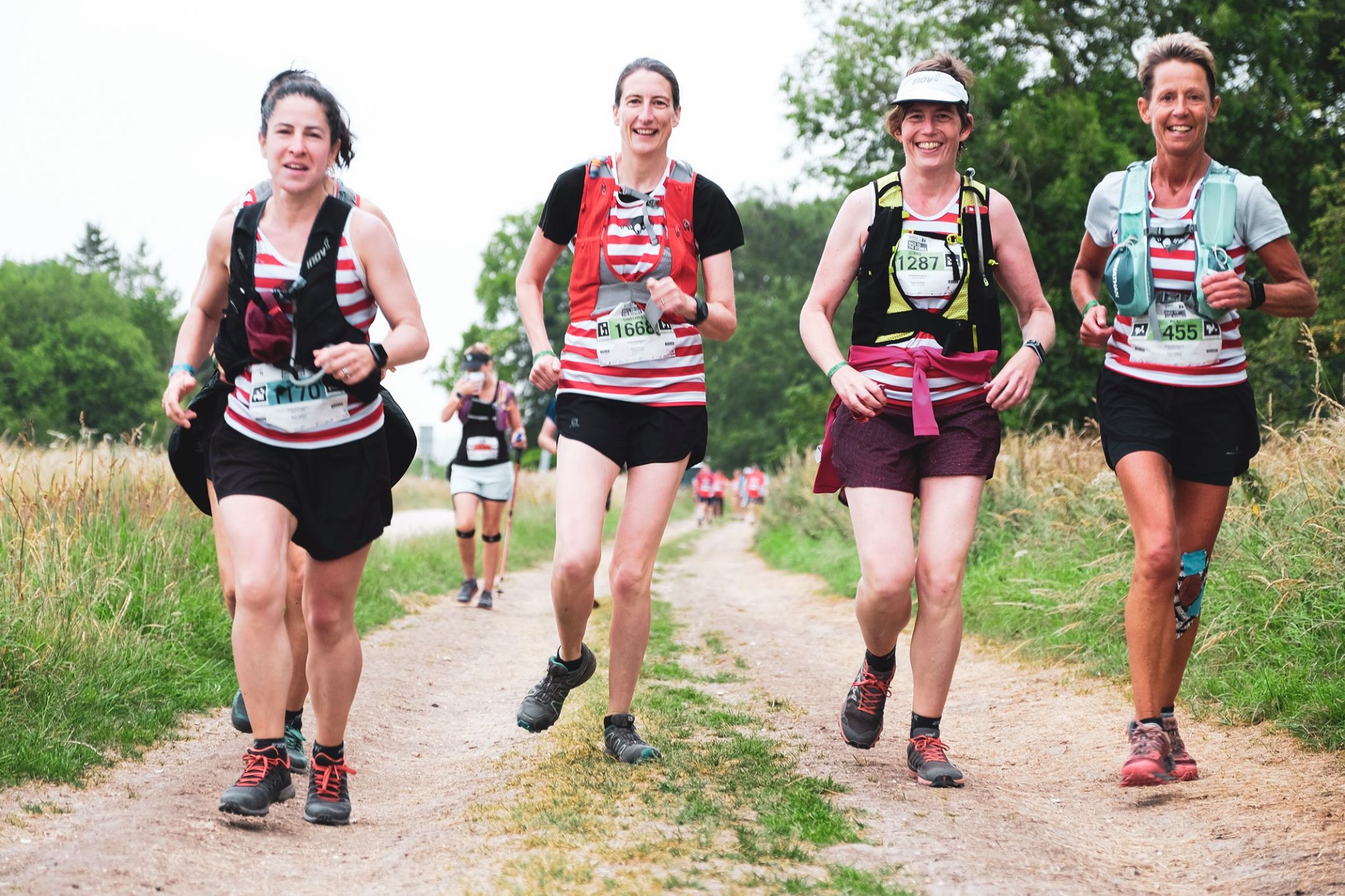 Other notes from the Weekend’s racing.

Adam Osborne was 2nd in the Addingham Gala Fell Race and Toby Sydes got a personal best time of 34:40 at the Broomhead Chase near Penistone.