Throughout the year Calder Valley Fell Runners take part a series of club championship races. The annual presentation evening, held this year at the Trades Club in Hebden Bridge, is a celebration of the best running of the year. Club Champion was Jonny Croston was so overcome at winning the trophy he could only be heard saying ‘In’t Fell Running Great’ for the rest of the evening. Croston also won the V40 title. 2nd place was Paul Haigh who, by one point, narrowly beat Phil Wells who took the 3rd place trophy. Phil also won the most improved runner of the year, and the Handicap Championship, reflecting his return to form. 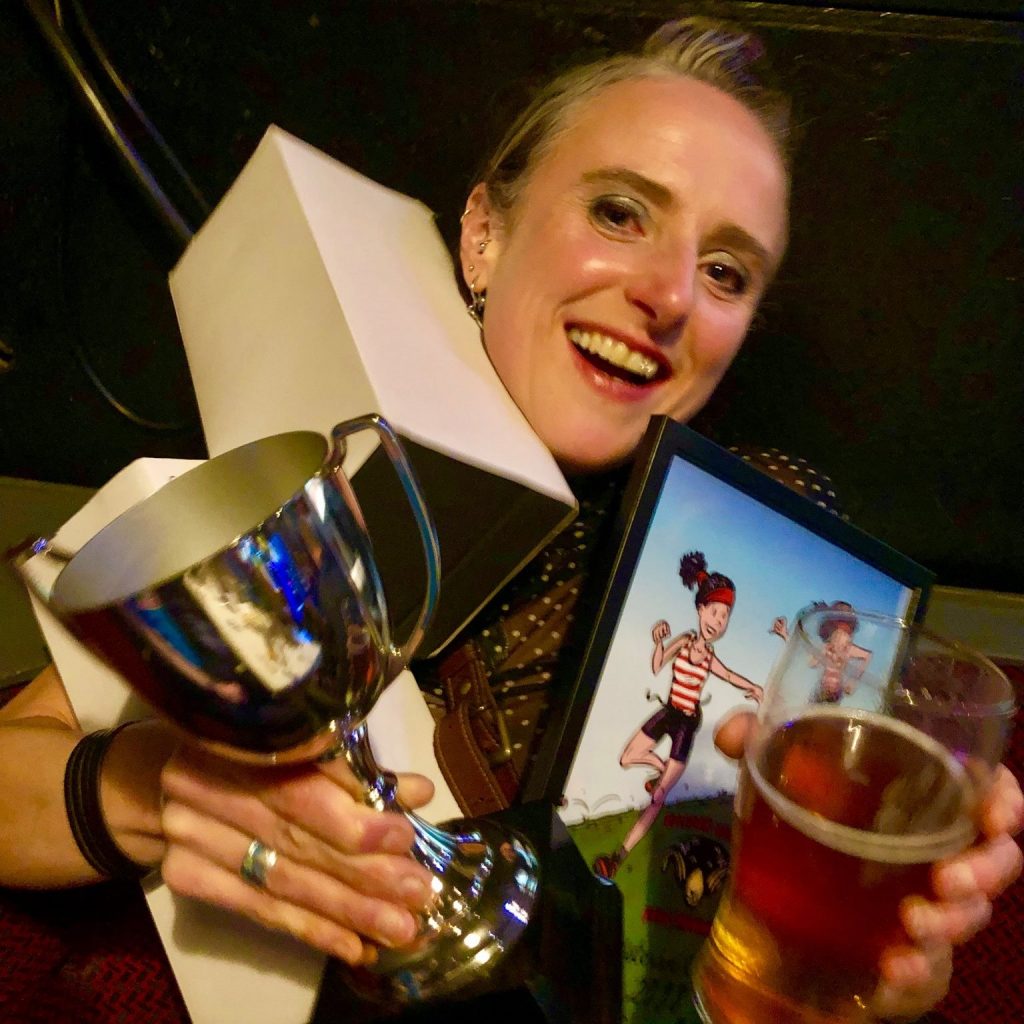 Mike Wardle was crowned the V50 champion. For those who enjoy going long, the Ultra titles were won by Womens Captain, Caroline Shimwell and for the men, Kevin Hoult. Martin Howard won the Short Race King, Steve Smithies the Medium King and Toby Sydes the Long Race King.

In the Summer series, a series of short summer races, Toby Cotterill and Christina Turner took the crowns.

Despite winning gold in the English U23 fell running championship, Martin Howard took home the less salubrious title of CVFR Navigational Cock-up of the year. Having got lost at several races throughout the year, the highlight was Race You The Summit. Despite doing the race in previous year, while in the lead, he took a wrong turn and sprained his ankle in a rabbit hole trying to regain the correct course.

On a more positive note Howard was joint winner, with John Minta of Spine fame, of the Runner’s Runner of the year award, as voted for by club members.

Calder Valley Fell Runners held their Winter Handicap race last Saturday, a great warm up to the clubs’ annual presentation awards held that evening. Runners start times vary depending on how well they have raced over the previous year, with the aim that everyone crosses the finish line at the same time. The slowest runner starts first, and the fastest runner starts last. The race heads from Mytholmroyd to Stoodley Pike and back, just over five miles and about 1000ft of boggy climbing. 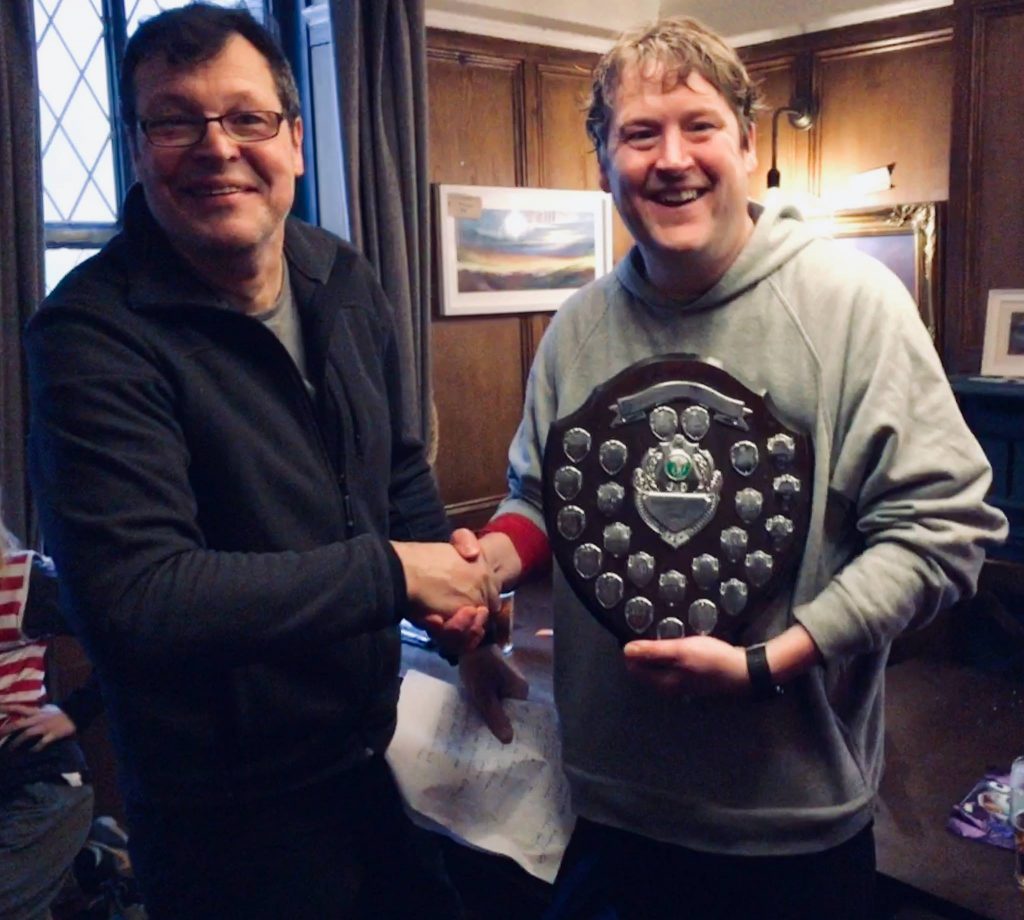 Matthew Bott was first back to Stubbs field to take the trophy with a great run, with Stewart Russell 2nd. Summer Handicap winner, Elina Eady, was first woman back in 3rd place. Fastest runner was CVFR hero Karl Gray in 37 minutes 39 seconds three and a half minutes ahead of newly crowned club champion Jonny Croston. Natasha Butterfield was first woman back in 49:19 and Charlie Pickens was first junior in 48:24