Calder Valley Fell Runners were once again in action last weekend, with 5 teams competing in the British Fell Running Championship relays at Grasmere, in the Lake District. The event was hosted by Ambleside AC and provided a true test of fell running skill, navigation and endurance; with 4 challenging legs, ultimately deciding who would be crowned the male and female champions of 2018.

Prior to the event, Calder’s potential chances of winning medals were strong, with the A team, Vet 40, Vet 50 and female Vet 40 teams, all amoungst the favorites in their respective categories. However, the most pressure and attention was focused on the former, who had a real chance of winning the overall title for the second time in the last 4 years.

Leg one was an individual race, contested over 5 miles, with 2400ft of climb. ‘The Welsh Wizard’, Math Roberts, gave the team a solid start on leg, finishing in 11th place overall. Admittedly, he was a little disappointed not to break into the top 5, but it was enough to keep their hopes of a podium finish alive.

Team captain, Ben ‘The Bullet’ Mounsey and partner, Andy ‘The Ginger Wizard’ Swift, took over the reins on leg 2, and quickly set their sights on the leading teams. They had the task of battling over the most extreme mountainous terrain, covering 6.7miles with 2800ft of climb. By the finish, they’d managed to claw their way back into 5th place and also record the 5th fastest time of the day, mainly thanks to a combination of superb climbing and descending on the most challenging sections of the course. 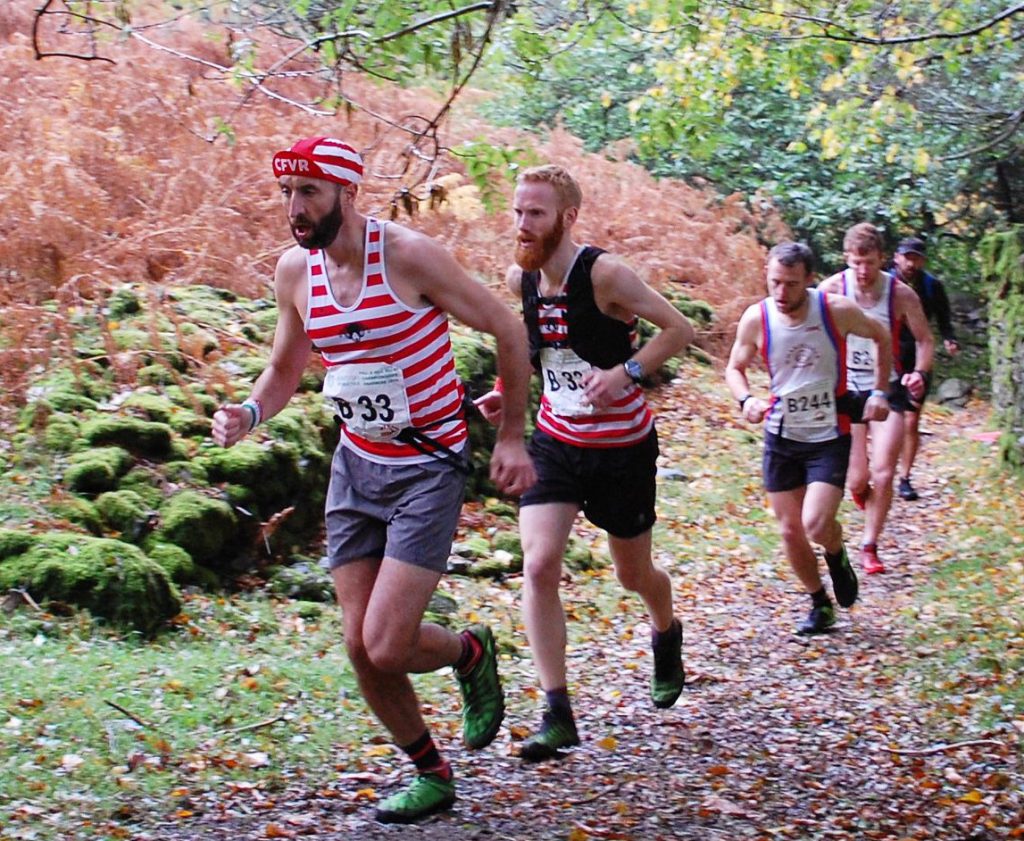 Leg three, arguably the crux of the race, tested the navigation skills of paired runners. Armed with nothing but a map and compass, they had to negotiate their way to five (previously unknown) checkpoints, as quickly as possible. This leg was a job for the most reliable and experienced athletes on the team, Karl ‘The Legend’ Gray and partner Darren ‘Special’ Kay. With little margin for error, they coped with the pressure of the leg brilliantly, guiding the team safely back to the finish and retaining 5th place, with everything to play for going into the last leg.

Alex ‘The Flying Postman’ Whittem had the honor of the anchor leg, but the mammoth task of trying to break into the top 3, as he tackled the 4.3 mile route with 2000ft of climb. Despite a strong start, Whittem took a poor line and lost his way for some time, before finally getting back on track and finding the race flags. This unfortunate error cost the team a couple of places and although he finished with a flourish on the last descent, it wasn’t enough to improve on a 7th place finish overall.

The race also ended in heartbreak for Calder Valley’s male Vet 40 and 50 teams. The former, finishing in an agonising 4th place and narrowly missing out on a bronze team medal. The latter, finished in 5th place, only 3 minutes behind Clayton Le Moors in third place.

There was however, something to celebrate for at least one of Calder teams, with the female Vet 40 team, managing to secure a well-earned bronze medal for their combined efforts. In arguably, the closest-fought contest of the day, Valley’s Catherine Holden, managed to hold off her Helm Hill rival to claim third place by only 2 seconds!!! 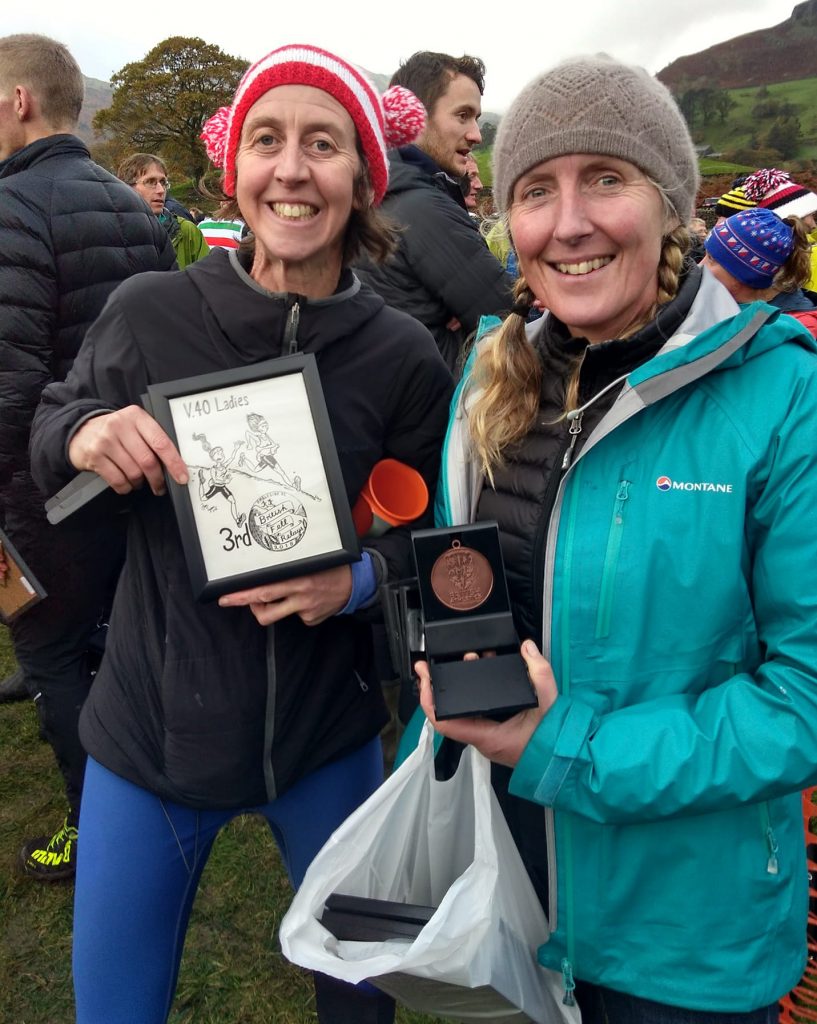 The overall competition was won by Pudsey and Bramley and Helm Hill, who were crowned the male and female champions, respectively.

In other news, professional athlete, Holly Page, continues to make waves on the international scene, as she secured an outstanding victory at the Otter Trail, in South Africa. The Calder Valley runner set another course record and in the process beat a star-studded field, to again demonstrate her dominance on the world long-distance mountain running circuit. This victory coming only a week after Page was crowned the Skyrunning World champion for 2018. 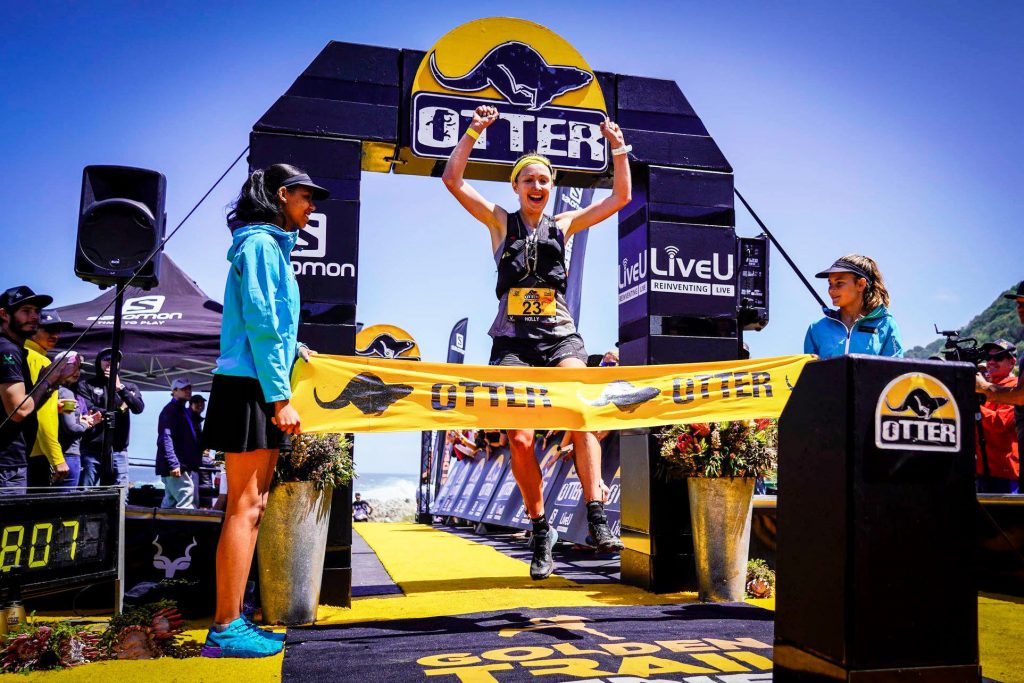 Holly Page at the Otter trial 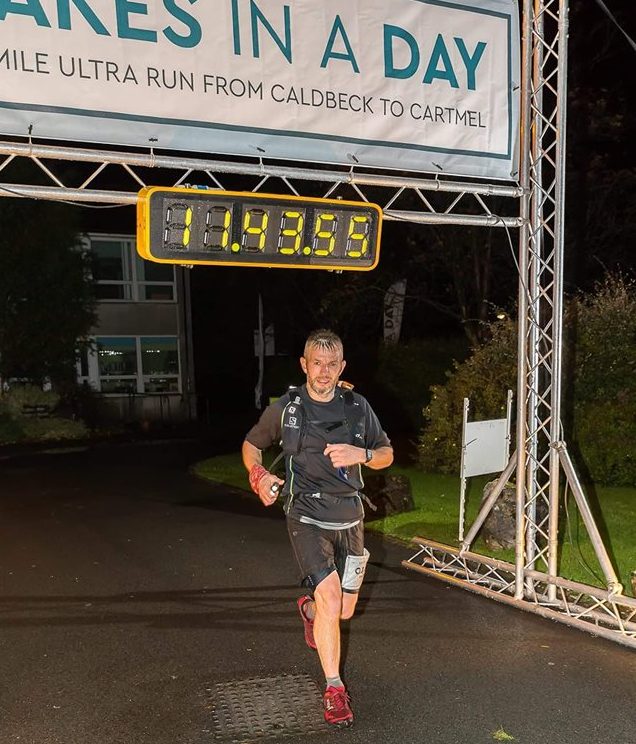 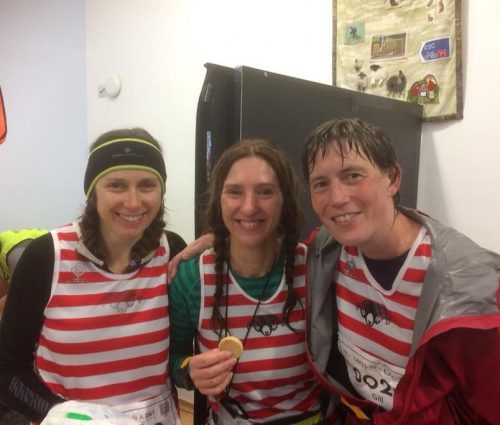 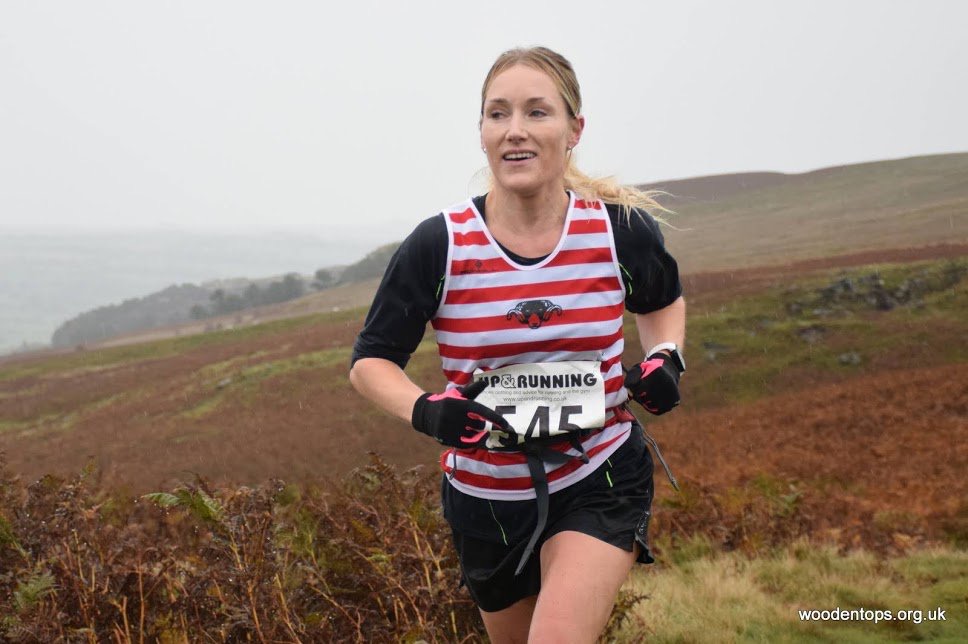 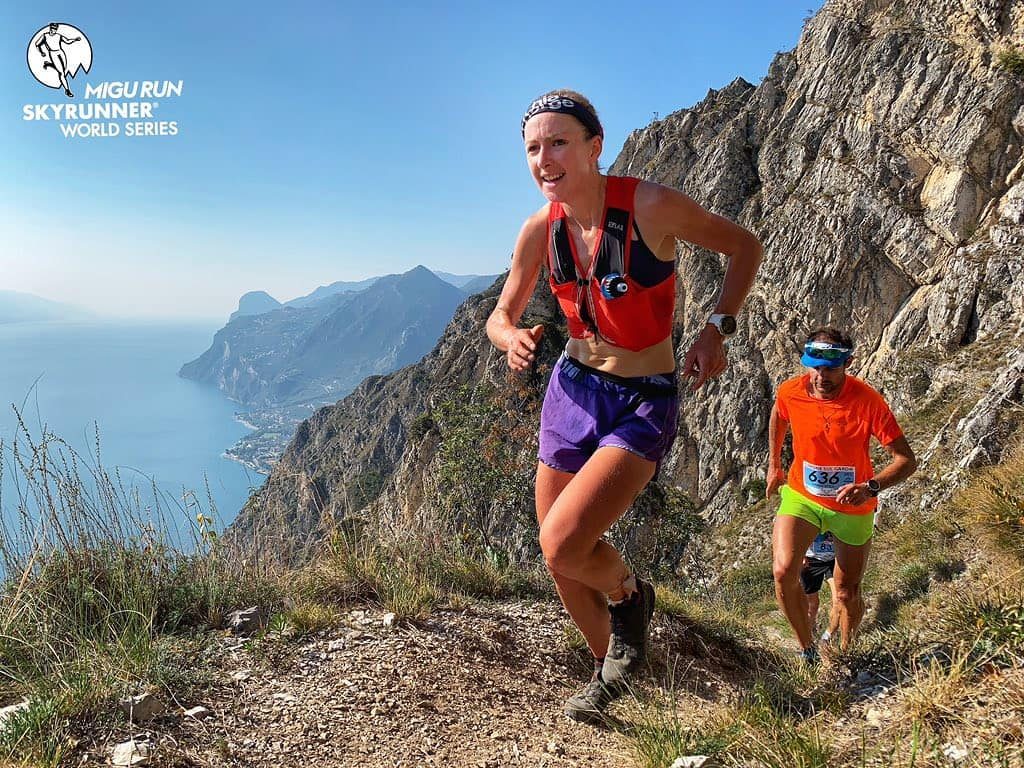 Resident of Heptonstall and the World, Holly Page has won the World Skyrunning Series in the final race at Limone sul Garde in Italy. In her own words she said “With nothing to lose I set off hard from the start and for the first time ever, really enjoyed the first big climb and was up with the leaders. Then things started to fall apart, my ITB cramped up completely so I hopped down the first descent, I was starting to feel dehydrated and dizzy but kept pushing on, holding onto 4th despite being sick and stopping for the toilet.

And then about 20km in, the world started spinning, I felt horrendous, my stomach was in pieces, and everything fell apart, there was nothing I could do other than watch people come past me and try and survive to the finish line, which I did, covered in my own sick. Delightful.

Once I’d come round I found out I’d still managed to win the Skyrunning World Series… WOWZERS!!!”

Old and young red and white hoops took to the fells last Sunday, dashing across Bronte country at the Withins Skyline fell race.

Starting from Penistone Hill Country Park and circuiting The Stoop and Top Withens, the 6.2 mile senior race then returns by Bronte Bridge. Paul Haigh, first CV home, completed the course in 48 minutes, 5 minutes faster than last year and finishing an impressive 25th out of 246. 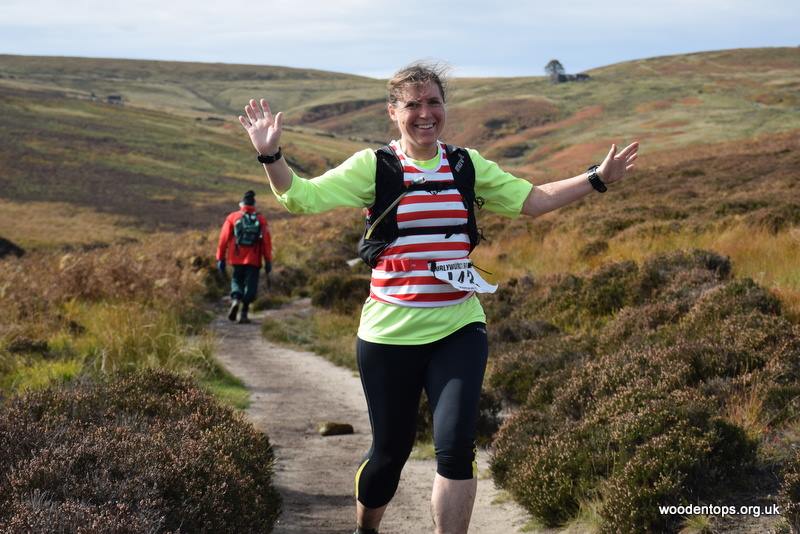 Meanwhile, on the same day the ‘Hodgson Brothers Mountain Relay’ was happening in the heart of the Lake District. It takes place every year on the first Sunday in October, and attracts around 70 of the top teams from across the country.

The race is a tough one, with 4 legs each throwing up their separate challenges, including hard climbs and steep descents on difficult terrain. As well as challenging terrain, the route requires careful navigation, especially in bad weather. 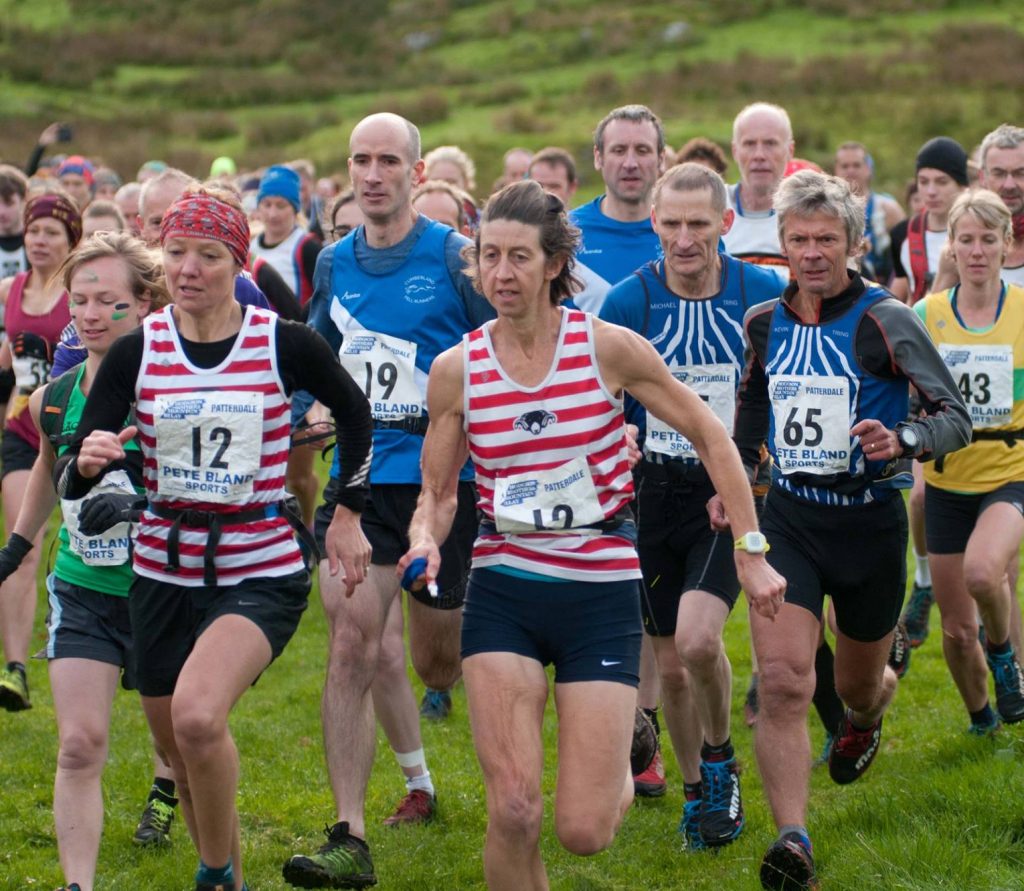