Stoodley Pike was the first race held on the 3rd July.  Calder Valley’s Martin Howard took a well-deserved first fell race win here, after a series of five second places.  His club mates knew it would happen sooner or later and were really chuffed for him that it happened at such a historic, long-standing race.  U23 Martin was nearly a minute ahead of second placed Neil Crampton (Pudsey and Bramley) in 20.26. 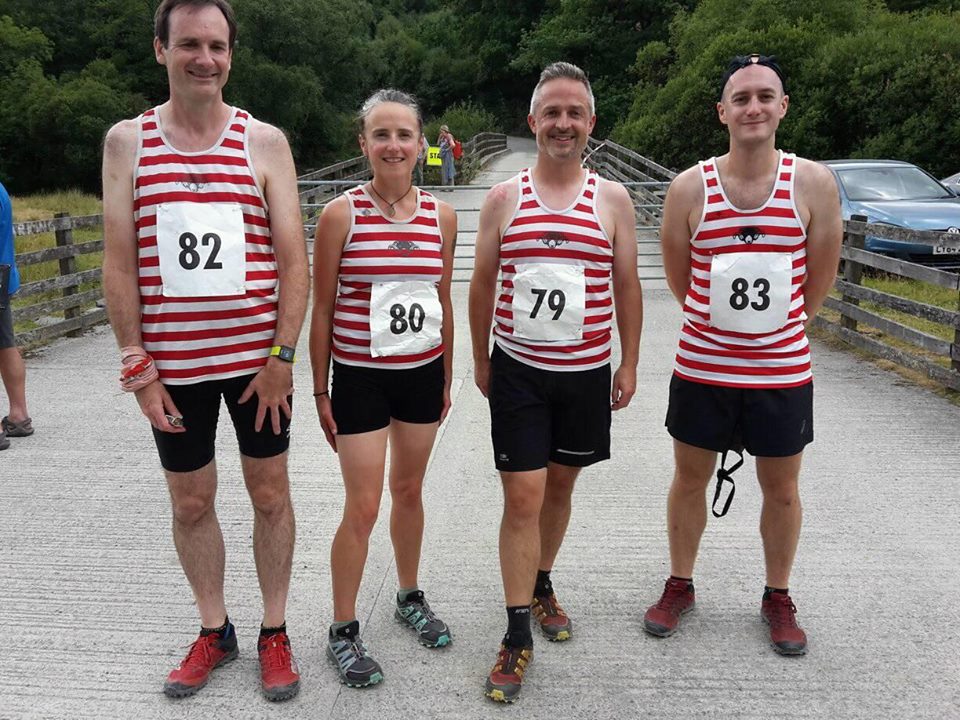 Organised by Calder’s Calvin Ferguson, the race is a fast blast round the trails surrounding Darwin Moor and the Jubilee Tower.  Seven Calder runners headed over the border last Thursday evening.  With a record field of 143 runners, Calvin was pleased with the turnout, particularly as Don Ashton was his grandfather, and a local running legend. 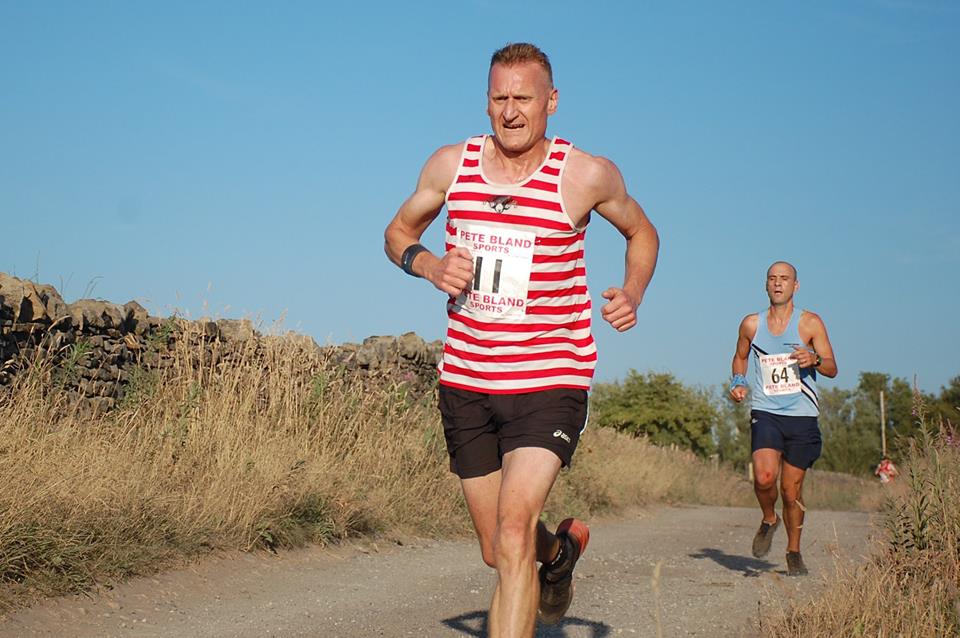 Well done to Pudsey & Bramley’s Joe Baxter on setting a new Festival course record in a sizzling 46:39; an outstanding performance given the withering heat and blazing sun. Sun hats off too to Tod Harriers Annie Roberts for her scorching 57:39 victory in the women‘s race, her second win this week. 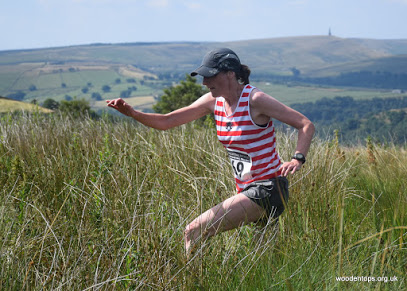 106 runners set off – most of whom came back to the post-race celebrations at The Cross, all rounded off by a Nightjar beer, Heptonstall music festival, and football watching. Memorable stuff, particularly the photographers, Dave and Eileen Woodheads’ England World Cup tunes forming the backdrop to the race summit at High Brown Knoll.

Four Calder Valley Runners headed for a weekend in Wales and decided to tackle the Moel Siabod Fell Race.  Starting from the Moel Siabod Café in Capel Curig the race goes through the woodland before heading up the ‘generally runnable’ 872 metre high Moel Siabod.  Catherine Holden was first V40 woman and Liam Williams also had a good run.  Results still to be published.