As pretty as a picture

Adopting a craze sweeping the running world by storm –  plotting courses to make images using GPS tracking software that allows users to record & share their activities, Ultra Champion Ian Symington has gained notoriety in local circles and amongst fell runners nationally for his intricate designs. Two years ago, he led a group to draw a Christmas tree on Stoodley Pike. Last year he took the whole club out to draw Rudolf complete with “Happy Christmas” written/slash run on the design in the middle of the moors. This year he wanted to keep plans top secret. 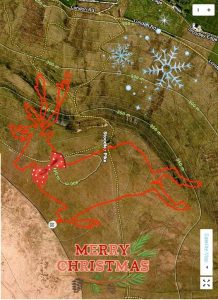 This year, on the last Monday before Christmas, with ice still covering the Calder moors, and a thick blanket of fog hugging the ground, at 9:30pm, whilst most folk were curled up in front of the TV or enjoying a pint in the warmth of their local, three of of CVFR’s finest – Symington and his fellow club members, former Club Champ – the “Mytholmroyd Bullet” as he is known, Mark O’Connor, and soon to be crowned 2017 Handicap champ Paul Haigh had other ideas…They were going on ‘mission snowflake’ -running back and forth across open pathless moorland from the top of the moor for 5 miles – so a GPS trace run would plot an amazing snowflake run. 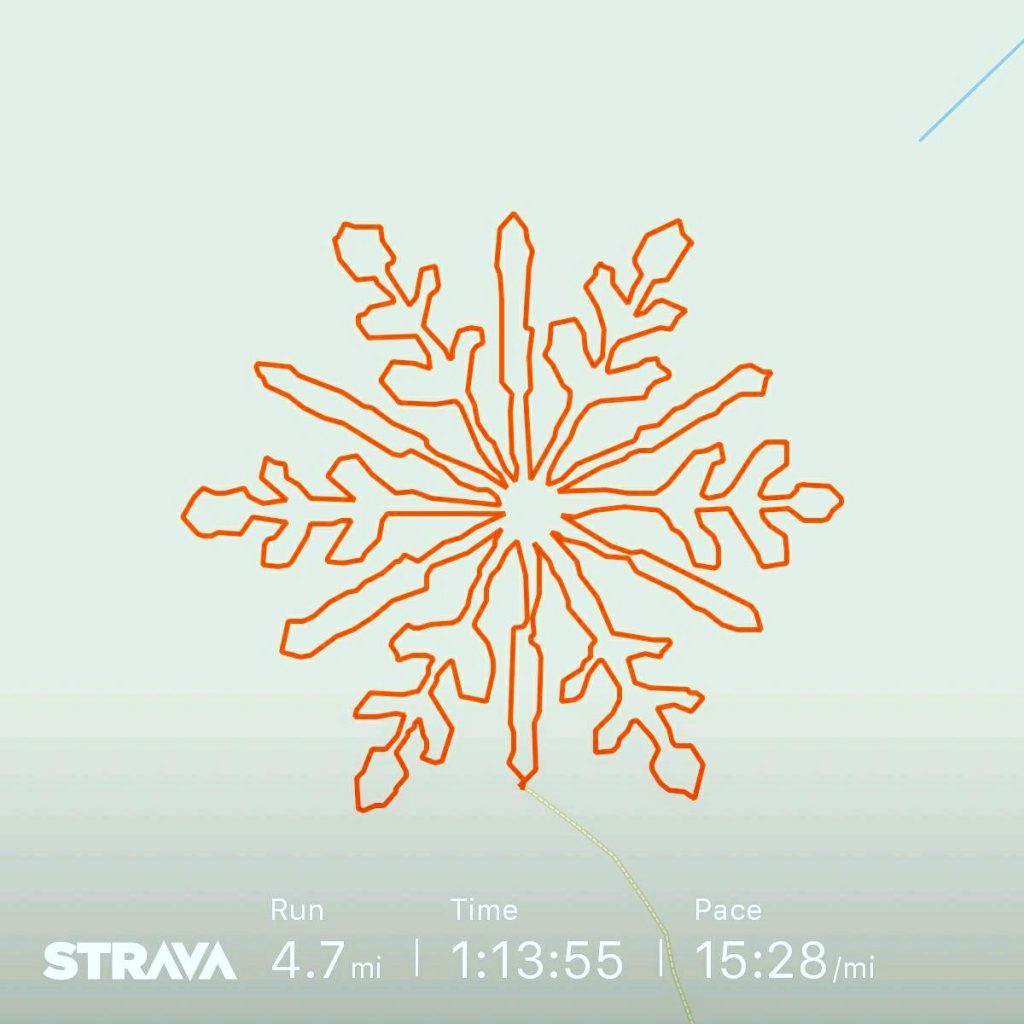 Paul Haigh describes how when he first turned up he was ‘perturbed’ not only by the foggy cold weather but also at the idea of running with two of the fastest runners in the club, but ‘Ian seemed content just to chuckle in the knowledge where we were heading was all in his head.’ Following a quick run up the 1.5 miles to High Brown Knoll, they then dodged this way and that, turning corners on a sixpence, with the other two in his wake. 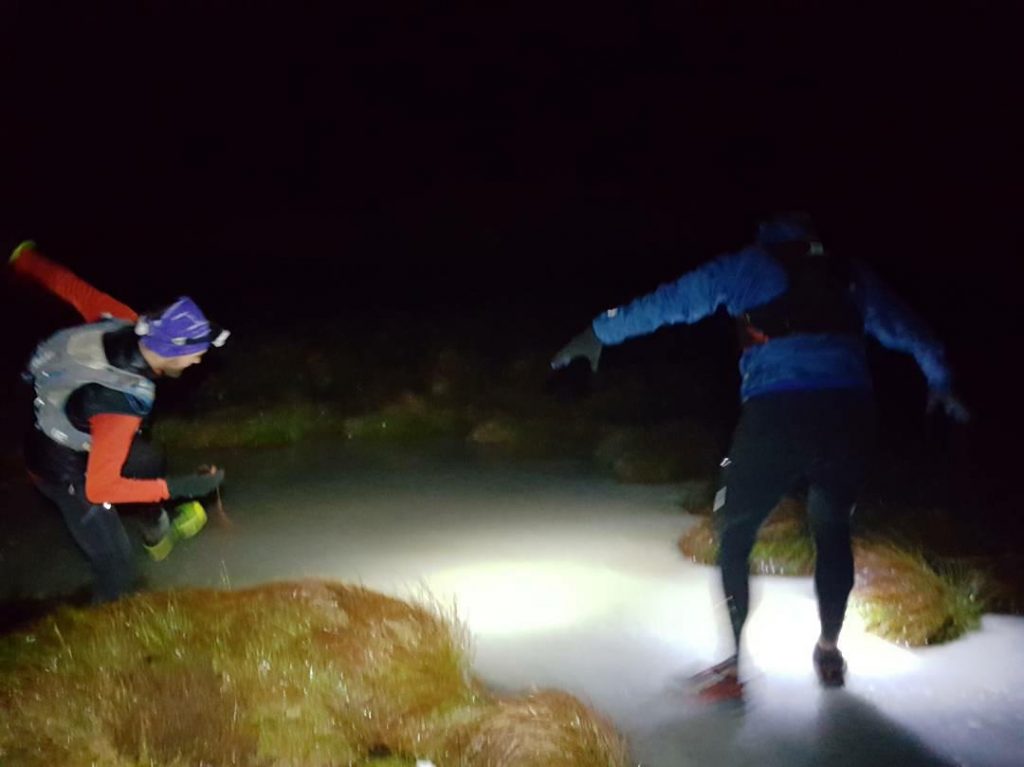 Despite wading through freezing cold ice bogs, in minimum visibility, his co-runners didn’t even grumble at the news that following a miscalculation, the eight-pointed flake they had originally planned was going to need to be 12, so it would be a ‘rather long evening’

Five miles & 1h20 later, as 11pm approached, they were finished & back at the start. At this point, Symington clicked on his watch &, as if by magic, “Boggart” Calder Valley Style was formed. All that was left now was get off the moor before midnight, and to share the Christmas magic with the running world. 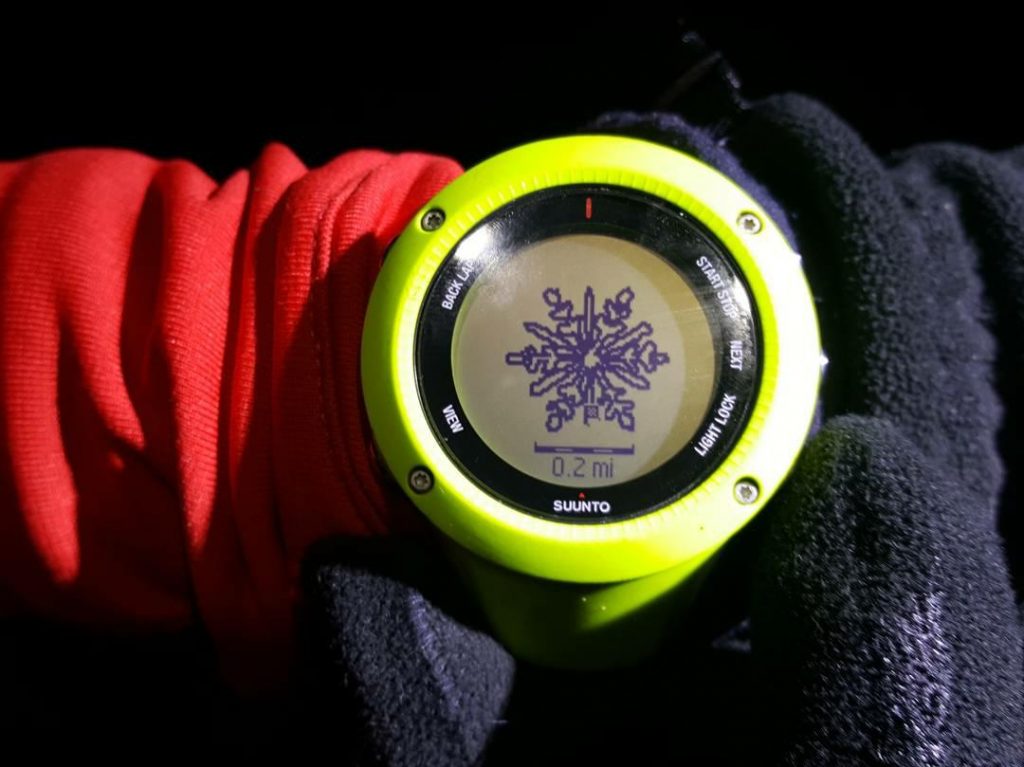 After weaving left & right for over an hour to see the watch draw this GPS was a great moment .