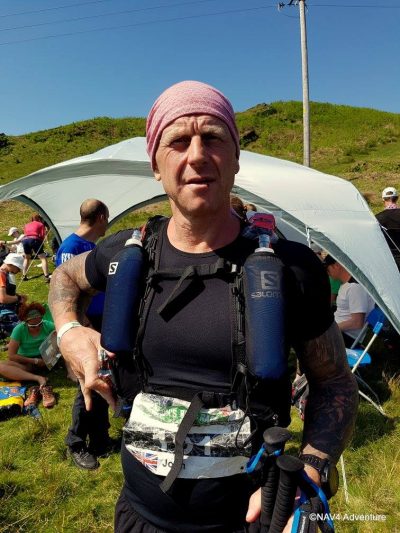 John Minta (Calder Valley FR) and Darren Graham (Todmorden Harriers) were among those who set off from Conwy Castle in North Wales heading for Llandelio in the south.
It takes the runners five days and the 315k route has more than 15000m of ascent and crosses wild, trackless and mountainous terrain. The milage and ascent is based on optimal route choice and runners have to self navigate to each checkpoint so they could run further and climb higher! By modern ultra running standards, an average of 63k a day isn’t high but competitiors can be out for 13 hours each day and cumulative effect of five days of testing running tests mental and physical ability.

Last Wednesday 6 Calder Valley runners headed over to Rossendale to take part in the Foe Edge fell race, which is proving itself in becoming a classic mid-week South Pennine race. 142 runners entered the short race, which took in two extremely steep climbs as well as open moorland terrain. Rob Allen had a blistering start and really set the pace of the race on fire, leading the way for a good length of time. However, it proved too much and in the end he was not able to hold the lead and was passed accordingly. Gareth Clarke chose a different tactic and paced himself well. This paid off and he finished in 12th, with Rob in 16th. Carole Fryer was 1st V50 woman and Calvin Ferguson also had a strong race with a new personal best time. 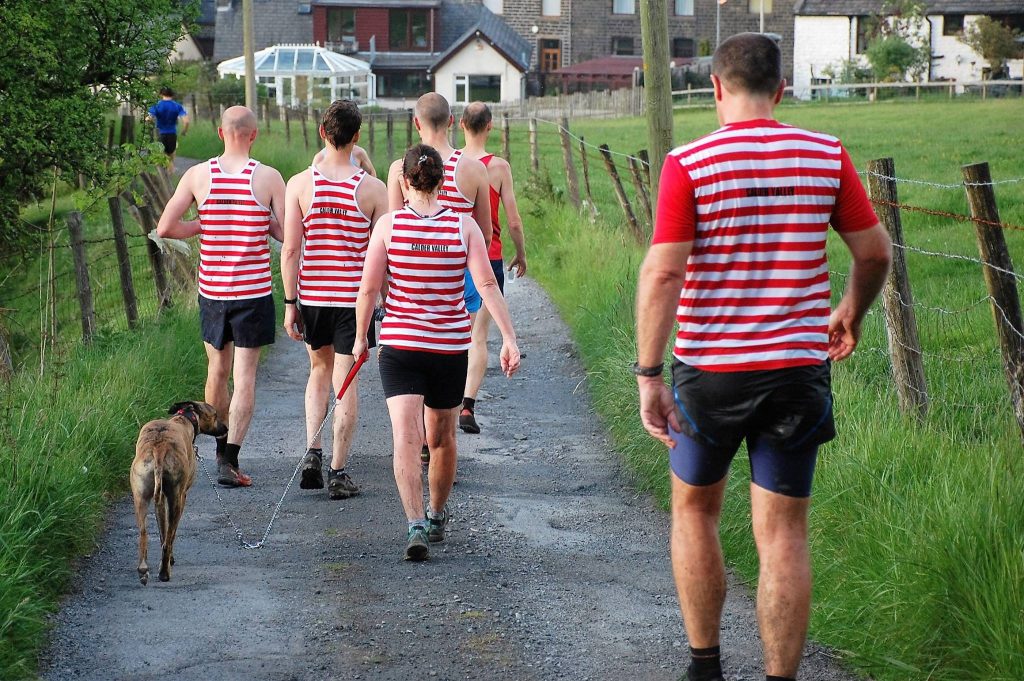 The 2nd race in the English Fell Running Championship series took us into Darkest Lancashire last Saturday for a short sharp shock of a race; 6 miles and 1500 feet of climb.

The Calder Valley caravan was a man or three down but still managed to get some top teams out. The ladies set off first, in heat wave conditions. Bionic women, Karen farah fawcett Forster saw her come 2nd in her age category. 2 ladies suffered heat stroke and visited A&E but were reported to be OK. 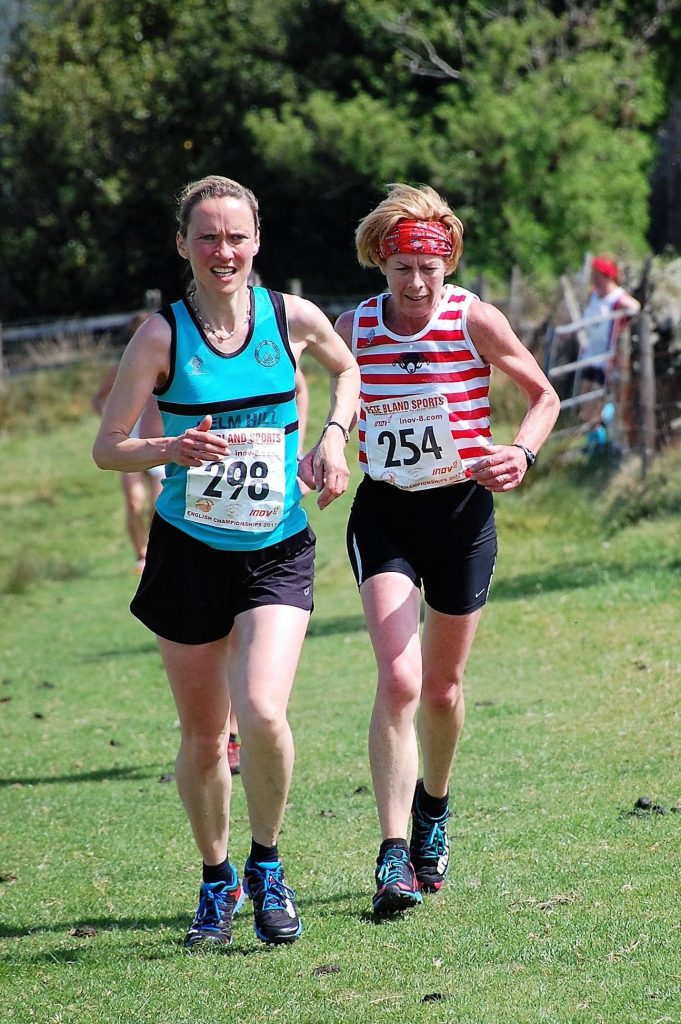 The Calder men were led by trio and Alex (endangered species) Whittem, Timbo ‘Baggins’ Ellis and Old Man Mulholland with the 2 youths striving on to finish 18th and 20th. Vet 45 Mulholland hung in to finish 27th and 1st vet, strengthening his lead in the individual champs tables. Not far behind came Jason ‘Wilf’ Williams, who had a stormer and classed 2nd v40 on the day. 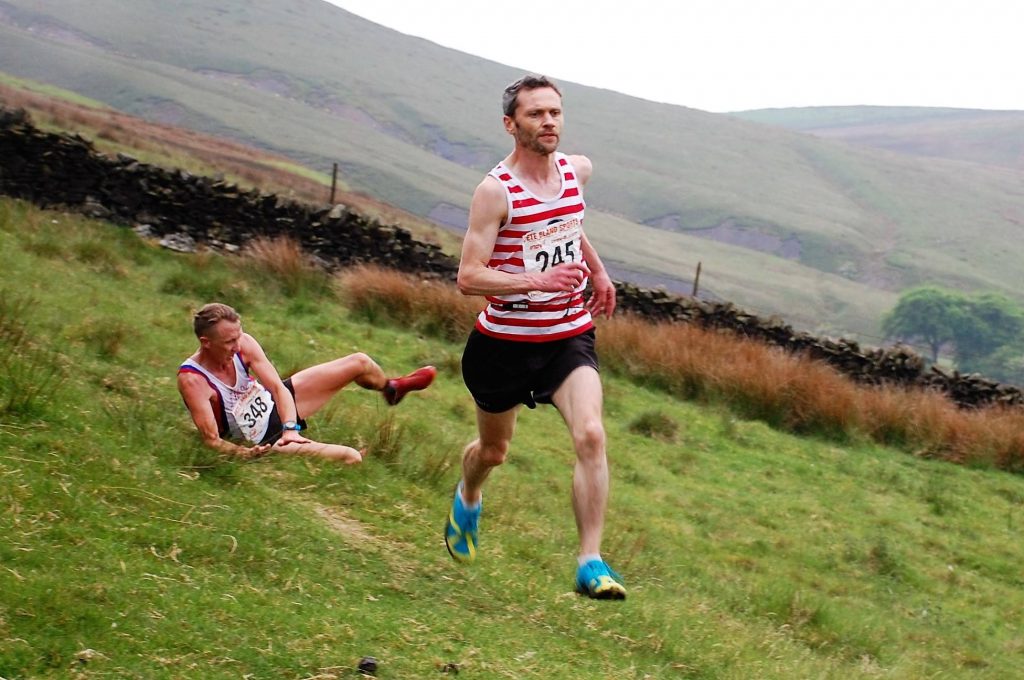 The vets may have clinched 1st team with contributions from Mancunian Stephen Edwards, hop a long Mark Taylor who is actually injured and Mark ‘The Wart’ Wharton. Unlike the women, the men were offered thunder, lightning and mega hail stones by the fell running Gods.

Of all the islands in the west of Scotland, the Isle of Jura, though one of the most beautiful, remains one of the most mysterious and least known. The spectacular Paps of Jura, rising from sea-level to over 2,500 feet are visible from the Argyll mainland some 16 miles away. These three spectacular lumps of hard Scottish quartzite are traversed by the Jura Fell Race. It is a great classic and a test in rough terrain, fitness and fell running technique, not to mention navigation. It is one of the toughest challenges in British hill races at this distance. 9000ft of climbing all within the first 12 miles of the 16 mile race. 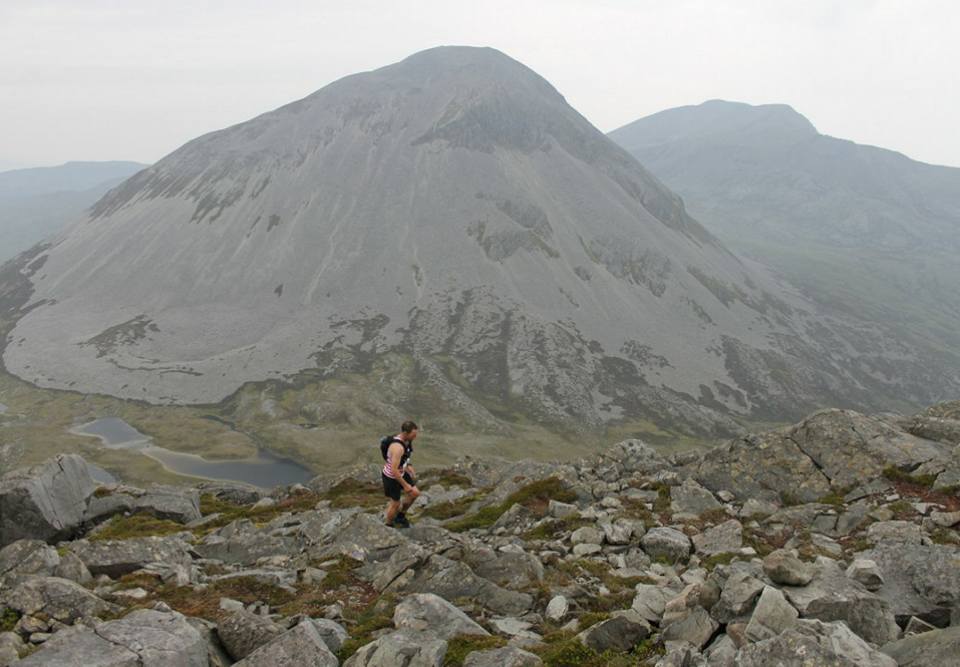 Several Calder Valley Fell runners took the opportunity to race there this year. Karl Grey was first back for the club in a fantastic 4th place 3 hours 27 mins and 12 seconds and gaining a coveted Jura Race whisky glass. Findlay Wild of Lochaber won in 3 hours 5 mins and 14 secs. Ian Symington was an excellent 26th taking just over four hours, in what is a short race for him.