Last Saturday 63 fell runners took part in the Midgley Moor fell race through a rather less than perfect bout of driving horizontal rain. To make matters worse, the 5 mile circuit from Booth Cricket Club saw the runners battling challenging terrain on open heather moorland, over tussocks and through slippery bogs. Anyone who has ever wandered around the south east corner of Midgley Moor knows all too well how sodden the ground is even in the height of summer! Looking on the bright side though, all proceeds from the event, organised by Graham Davey, went to Cancer Research

The race was tight between the two front runners, the eventual winner being Phil Marsden of Horwich Harriers in a time of 0:43:14, beating Andrew Worster of Todmorden Harriers by 4 seconds. First back for CVFR was Mark O’Connor in 3rd place with an impressive time of 0:45:02. Mark being a local lad was psyched up for the race and had recced the navigational parts of the circuit a few days before. Mark added

“I new it was going to be tough going with the ground being completely saturated from a few days of Doris (Storm). I set off nice and steady and capitalised on local knowledge to keep in contention with 1st and 2nd but then dragged my heels on the second climb, which saw me drop back into 4th despite having worked hard to build a good lead. The final 1 and 1/2 miles was downhill over open fell, which was always going to play to my advantage and also having done a recce I was able to get a good line and regain a comfortable lead to finish in 3rd position. The post race pint of milk was a personal favourite, with some great sponsored prizes and the proceeds going to good causes. 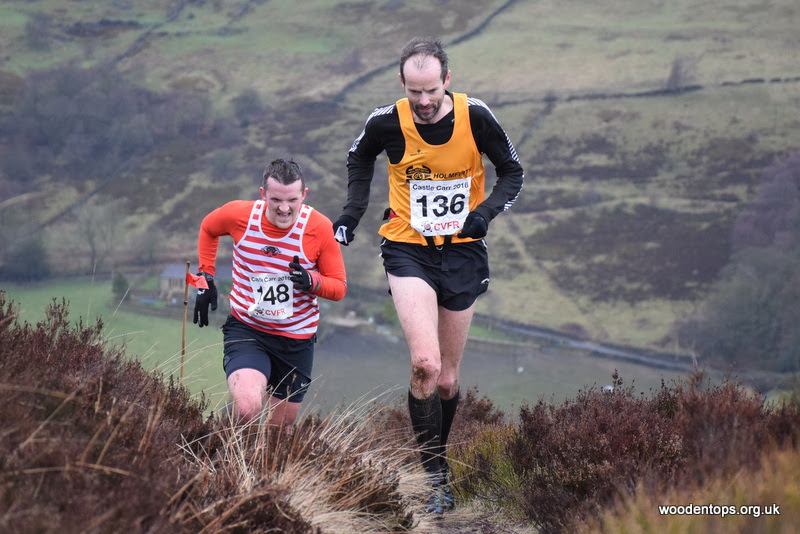 There was another notable battle amongst the CV scrum between Iain Powell, Jack Denton and Bill Johnson for 7th place – with Iain pipping Jack by 9 seconds. Martin Howard also had an excellent race – coming back into fighting fitness. 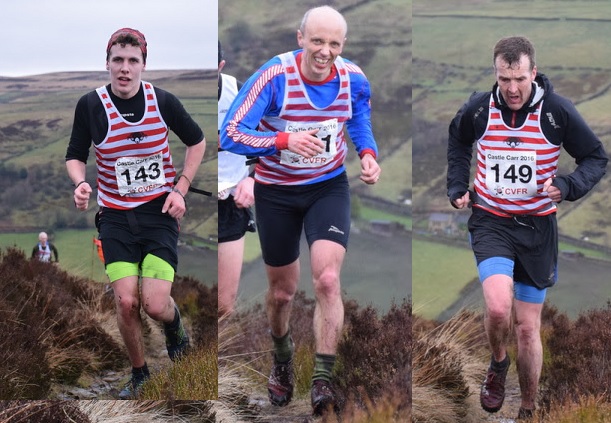 The weather on the Sunday for the Ilkley Moor fell race was more favourable, but it was still blowing a gale on higher ground. The 5-mile race is also a challenging  race in the fell calendar, with steep, slippery and rocky descents to test even the seasoned racer. In the junior event the U13 boys had a cracking race taking 4 of the top 5 positions with William Hall taking 1st position. Elio Beesley also had a great race finishing 7th in the U15, having just moved up an age category. In the senior race there were several Calder Valley runners taking part. Jon Smith had a cracking race finishing 14th and Iain Illstone also did well in 42nd after returning from some time out with an injury. 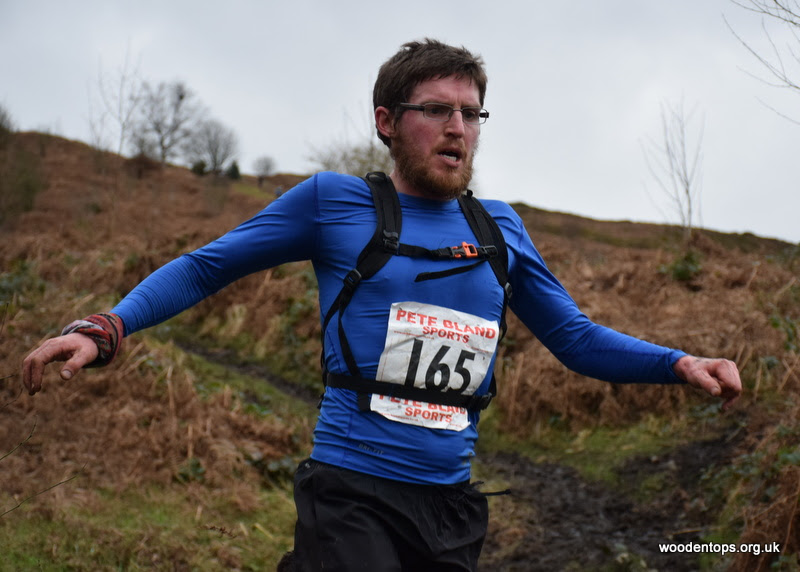 Iain Ilstone making a come back at Ilkley

Finally, a little further afield, Ben Mounsey took joint 1st place in the Northumberland Coastal Marathon. Ben had this to say on his long distance adventure

“I have to admit to feeling very nervous before the race, as this was by far the longest distance I’ve ever faced in my life, and because I found out a few minutes before the start that it was actually 27.5 miles and not 26.2! I set off very conservatively and surprisingly found myself in the lead from the start. Only one runner at the front of the pack made the effort to follow my pace and it soon became apparent that we’d be the two athletes contesting 1st place.

After the first checkpoint (8 miles) I decided to slow down and wait a few moments to let him (Steve Edwards) catch me up so that we could run together. We paced each other and shared food/water on the way round. By the time we reached the final checkpoint at Sea Houses, we both agreed to share the race win as we’d spent the entire race running together.

The final 3 miles on the beach were tough. My legs were spent (as were Steve’s) and we had to battle the strong, swirling wind before we reached the final climb through the sand dunes towards Bamburgh Castle. We finished the race in 3 hours 11 minutes and in the process smashed the course record by 4 minutes.” 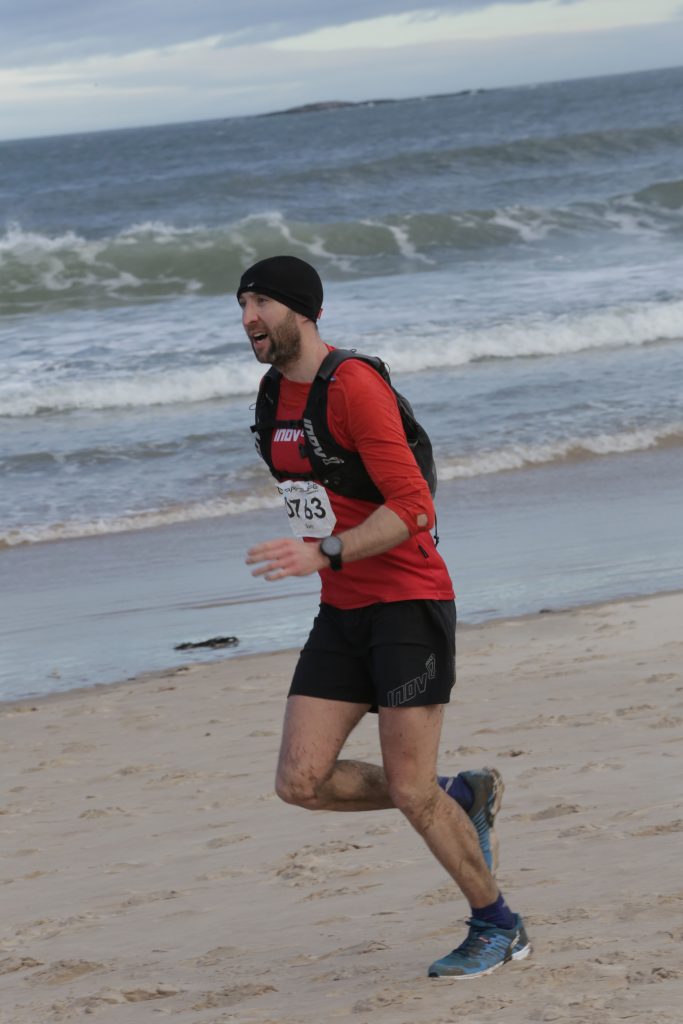