A large contingent of Calder Valley runners headed to Derbyshire for the Grin N Bear It fell race, a 15-mile slog across the thigh deep bogs and moorland paths of the Dark Peak. It was a club championship for Calder Valley, so the club made up 13 of the 75 runners.

True to form, Karl Gray was the strongest runner there, winning the race for the second time and, significantly, taking the route record below two hours – last year he finished in a tantalising 2 hours 1 minute, this year in an astounding 1 hour 56 minutes. In typical fell running style he was awarded a trophy for his race win and a locally grown cabbage for beating the record.

Karl was 90 seconds ahead of the next runner, while clubmate Gav Mullholland took third place in 2 hours 3 minutes and Ian Symington sixth in 2 hours 11 minutes, to make up the team prize. Jon Smith was not far behind in seventh place in 2 hours 13minutes, but Ian managed to shake him after they had battles up to the 12-mile point.

Other notable runs at Grin N Bear It included Dougie Zinis and Gareth Clarke battling it out to finish in an impressive 15th and 16th respectively, Mark Wharton who finished in 25th place despite running in the Race to the Summit the previous day, and Paul Haigh who put in a solid performance to finish not far behind in 33rd.

Final Race to the Summit

The weekend marked the final Race to the Summit fell race, which was first run 50 years ago when the landlord of The Summit pub in Littleborough bet that nobody could run to The Whitehouse up at Blackstone Reservoir and back down again in less than thirty minutes. 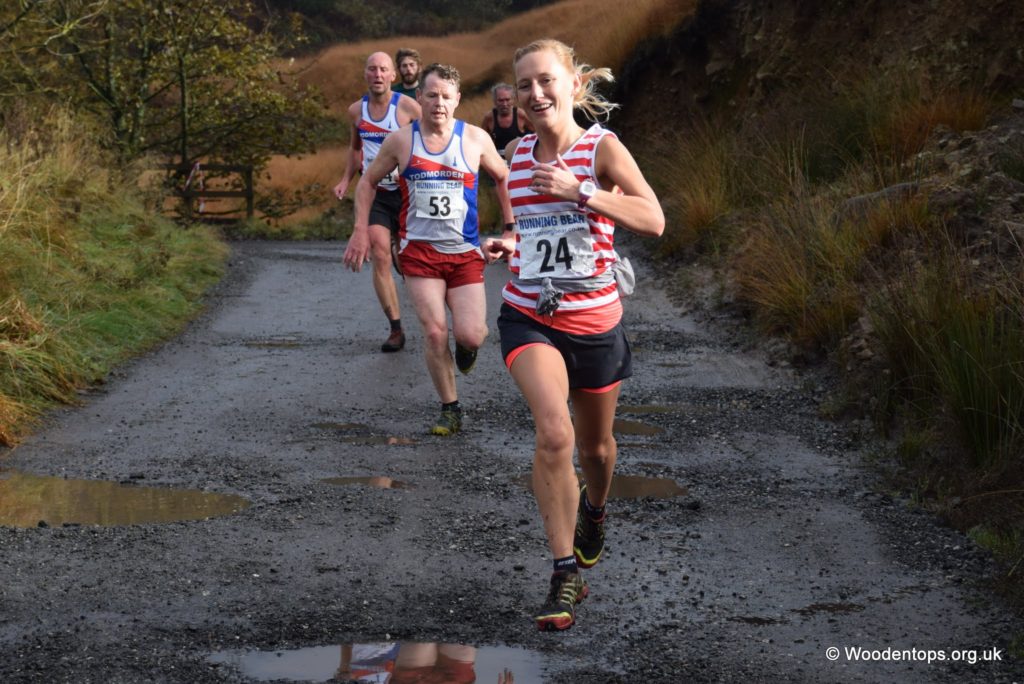 Calder Valley had a fantastic run in, with Lindsay Oldfield winning the women’s race in just over 37 minutes, over 90 seconds ahead of the next lady. In the men’s race Max Wharton vied with Tom Adams most of the way around but had to settle for second in the end. Adams beat the course record by a massive two minutes, with Max finishing just one second inside it. This despite it being one of nineteen years-old Max’s only fell races this year – he has been concentrating on 800 metre track running for now, where he is ranked among the best in the UK.

Fittingly Calder Valley took the men’s team prize with a dream team that included, alongside Max, Max’s coach, Mark Goldie, who was 11th and his Dad, Mark Wharton, who finished in 13th place. 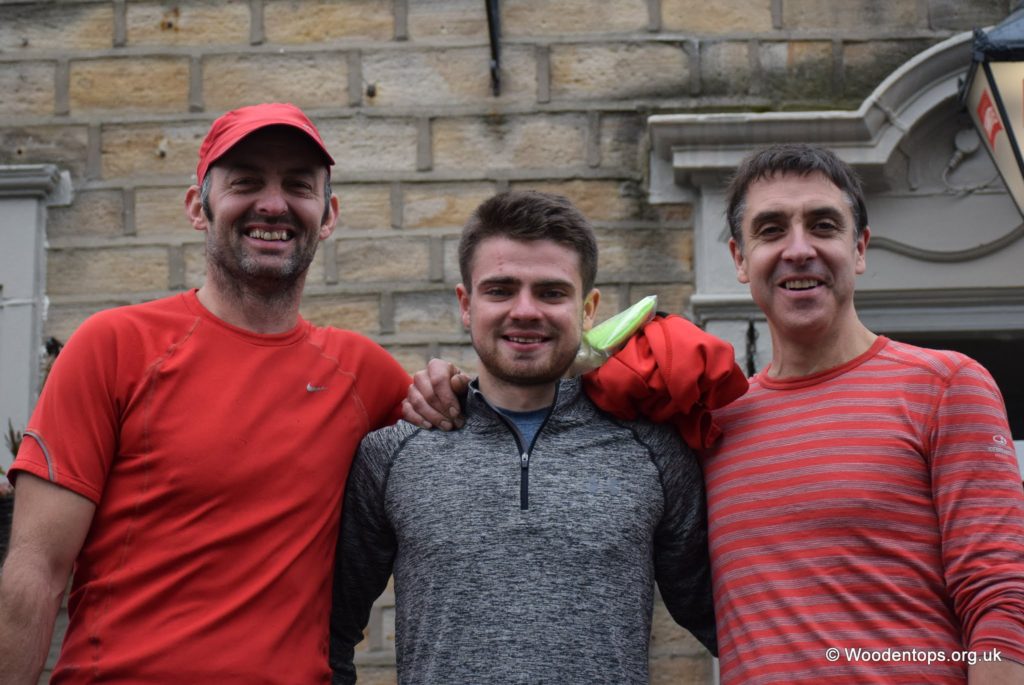 Although it was dubbed the ‘final’ Race to the Summit there are rumours that the race will be continued by a local club, so there may be more chances for Max to come back and take the win.

Joanna Marshall and Eileen McDonalch ran the 7.5 mile Bronte Way, which goes one way from Trawden to Haworth finishing in 1 hour 35 minutes and 1hour 41 minutes respectively.