This Saturday (22nd Oct) saw approximately 33 Calder Valley Fell Runners take to the moors surrounding Mytholmroyd in style to celebrate their 30th Anniversary as a club. At the end of the 4 leg run, which saw the runners take in the delights of Manshead, Stoodley Pike and High Brown Knoll, 50 runners returned to the community centre for drinks and fun in Mytholmroyd’s local pubs. 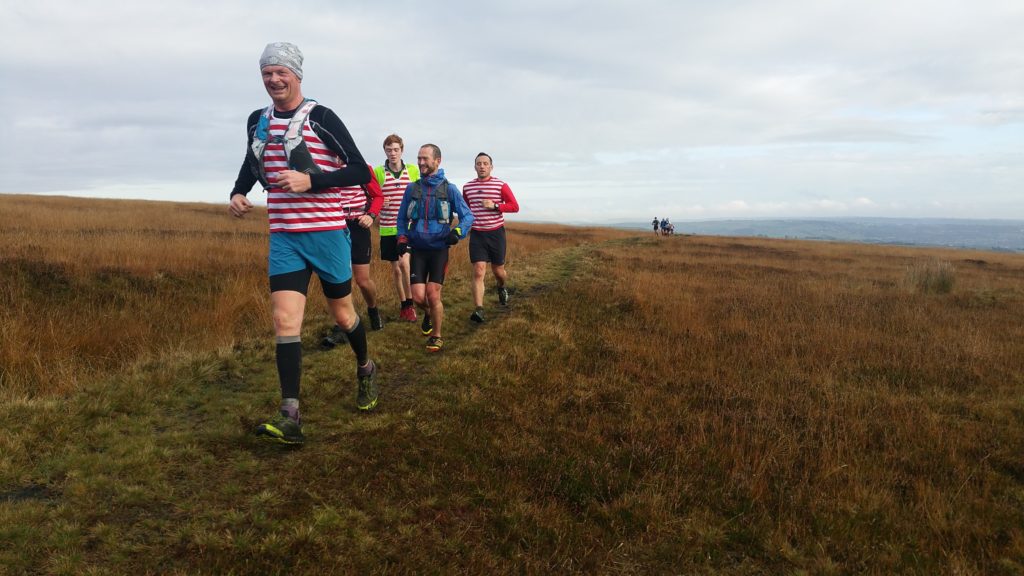 Calder Valley Fellrunners were founded in Oct/Nov 1986, when a small group of Halifax Harriers broke away to form a fellrunning club. On its 21st anniversary they went on a 21 mile run around the valley to celebrate. On its 25th anniversary it did the same for 25 miles, so on Saturday 22nd October 2016 they celebrated the club’s anniversary, naturally with a 30 mile run! 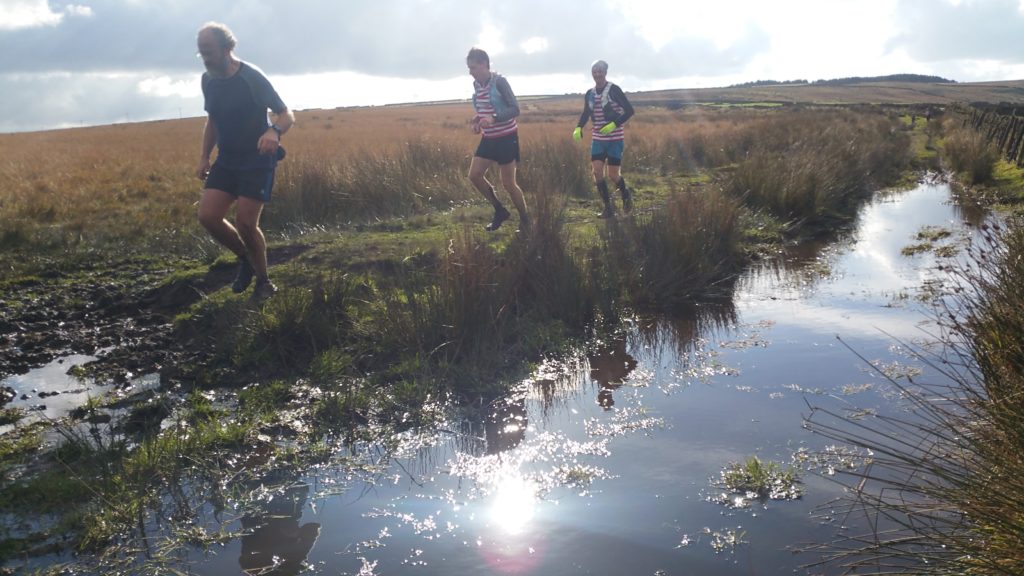 Bill Johnson, who organised the run said “It was a fantastic anniversary run, the breadth of support and enjoyment of all reflecting the vibrant buzz in the club. CVFR boast several internationals in our midst, but also a diverse range of people of all abilities and the supportive, social aspect of the club was evident throughout the day, and into the evening”. 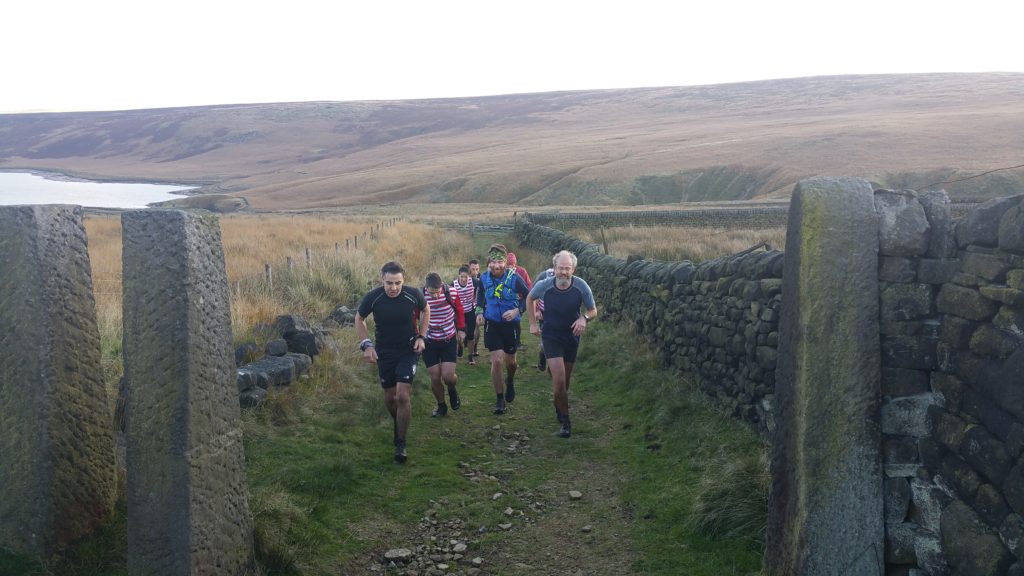 Six members did the whole 30 miles – Founder member Rod Sutcliffe, Andrew Meek, Ian Illstone, Mel Ward, Ian Symington and Andy Wright. Also kudos to Gill Dickson and Gloria Ayuso who did 20 miles. The run included both senior and junior members of the team and further support came from club members along the way, who parked at road crossings with water or waited on misty moors to cheer the runners through. 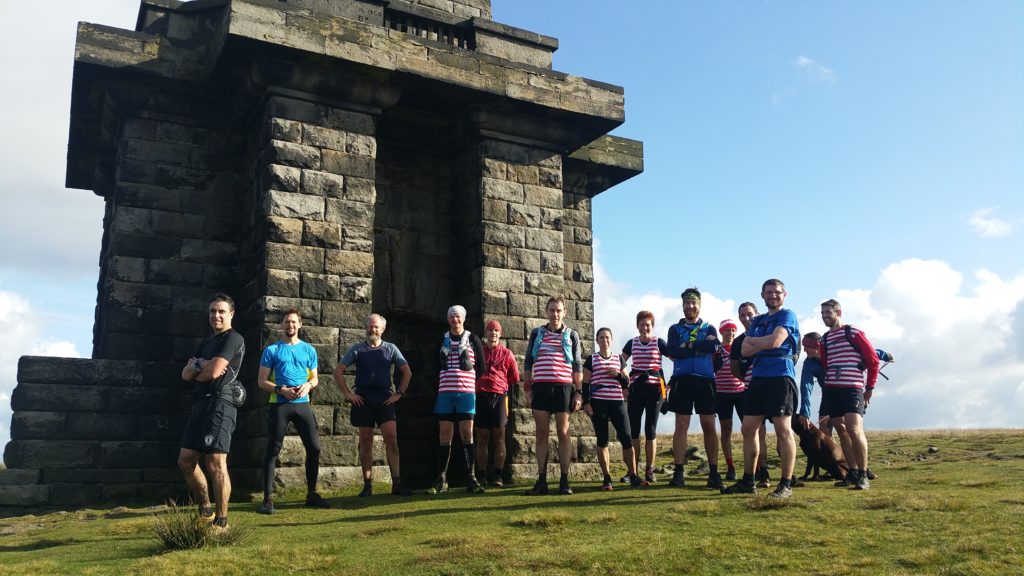 Andy Wright, one of the runners who completed the full 30 miles added “Rod was the steadiest runner of the day, saying “don’t wait for me, I’m going slow today,” but after not too long he was creeping past us and was soon leading the group off to stoodley, bringing to life the story of the hare and the tortoise”.

A little further afield in the Yorkshire Dales, 3 Calder Valley Fell Runners took part in Wharfedale Harriers last fell race of the year – Great Whernside. The 4 mile event starting at a very autumnal Kettlewell had nearly 1600 feet of ascent. Darren Kay was first back for Calder Valley in 10th place; the overall winner was Simon Bailey for Mercia FR. Douglas Zinis and John Nunn placed 47th and 148th respectively from a 165 strong field.