It was a mixed bag this week for Calder Valley’s intrepid flock, with a Lancastrian flavour casting its shadow across proceedings.

Wednesday’s Lee Mill fell race in Rossendale is a popular midweek event that attracts many from both counties. It is run out of the Lee Mill Quarry site, and although hardly the Eden Project, the quarry provides an imaginative test for the local runners with the 6 mile route squeezing in over a thousand feet of climb.

However, once Calder’s intergalactic comet Ben Mounsey was spotted alighting from his car, the local bookmakers could close their doors, collect in the small red pens and announce ‘There’s your winner’ to all who fancied a flutter. The inevitable came to pass 42 mins and 19 seconds later as Ben yet again dismantled a strong field to win by over four minutes – a vast margin over a six mile race. Barely out of breath, the rampant England international explained, “I wasn’t going to race so quickly after Snowdon, the blisters on my feet have only just healed and are still a bit tender for hard fast running. However Lee Mill is in our club champs this year and I needed the points, plus it’s a great race and I know the organiser Richard. My plan tonight was to go out hard from the start and establish a big lead early on. Fortunately no-one seemed interested in my Usain Bolt start and I was able to cruise round the rest of the course comfortably after the first climb, although to be honest I didn’t feel at my best at all (think I ate too much tea!) but I’m sure a sub-40 time is doable round there.”

Richard Sunderland showed good form in 16th and looked in good nick after his recent race in the Dolomites. Former Red Star pin up Richard Ingram ran a splendid race in 32nd and can finally close the door on an injury plagued 12 months. A succession of ailments has held ‘Bert’ back, but he is back to something like his best now. Moreover, he pipped his fireman pal Jake Ackroyd into 33rd, Jake being another one who has had an excellent few months, somehow finding time in his hectic firefighting schedule to improve as a fell runner.

First Calder lady and first lady overall was Jo Buckley, showing something like  her best form to finish in 24th, and along with pint sized Lindsey Oldfield in 45th with Rachael Crossland again showing well in 65th. The trio ensured that Calder’s ladies scooped the ladies’ prize yet again. Like Ben’s wins, this is also becoming a formality these days in local races. Rachael has improved no end this year after a busy calendar and is reaping the reward for her hard work. Another worthy of mention is Ripponden’s Running Man, Mike Dean who is no stranger to 200km training months. No surprise that then that his results has shown an impressive improvement curve this season and his 54th place here was one of his stand-out runs. Simon Fisher’s needle is also pointing upwards and an excellent 73rd place was his reward for a busy few months on the fells. 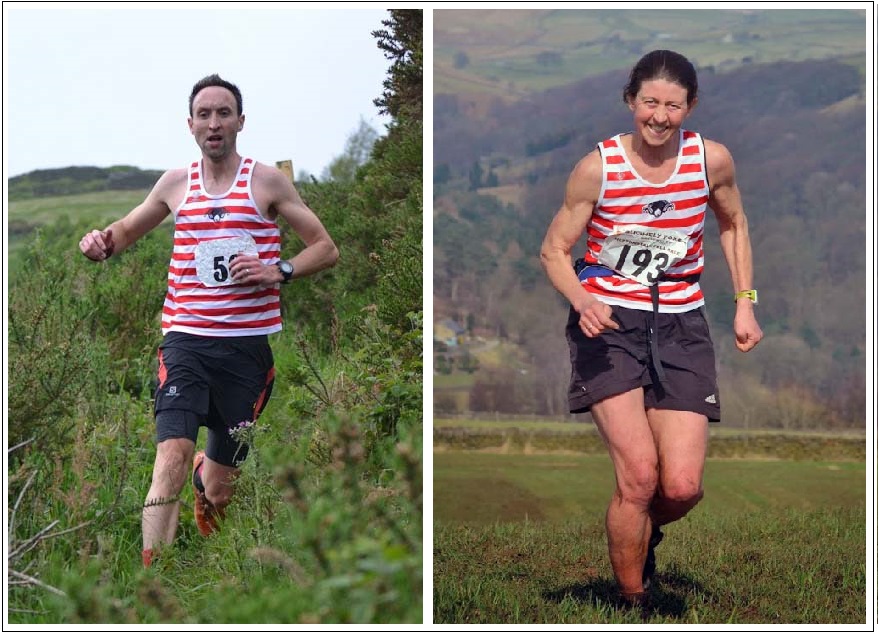 Also in Lancashire last week was the picturesque Worsthorne Moor fell race near Burnley on Sunday morning. Just shy of 7 miles and 1000ft, the race takes in the further reaches of Widdop & Gorple Moors. Calder Valley’s Mike Dean went literally one better finishing a superb 53rd to continue his good form and Calder’s Dave Culpan ran an excellent PB to come in 78th. Dave is another whose dedication to the sport is second to none, and it is rare to find a fell race without Dave Culpan in the field, and if there were a prize for best dressed fell runner, Dave would win every week.

Elsewhere, Alistair Morris and Barbara Lonsdale have just completed the European Adventure Racing championships in Ballyhoura in Southern Ireland, coming an excellent 18th out of 50 paired teams. The race, known as ‘The Beast of Ballyhoura’ is a formidable and feared test for the endurance athlete. They raced for 72 hours including running, kayaking, coasteering (whatever that is), swimming and mountain biking. The pair only managed two hours sleep throughout, some of it in a graveyard, which according to Alistair was a little bit dead, and had to stretch even their legendary adventuring skills to finish. Alistair and Barbara continue to scour the globe for ridiculously tough events, and it’s fair to say had they been born in Victorian times, they would surely have had a mountain range or a polar island named after them.