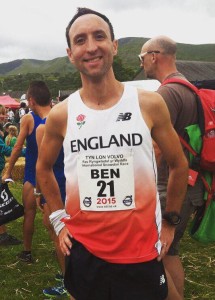 Man of the moment Englands Mounsey

Each week sees performances of outstanding merit from local runners over all kinds of distances and challenges, but on Saturday in Wales, Calder’s Ben Mounsey can claim to have put in the best performance ever by a local athlete. His astonishing third place in the gruelling Snowdon Mountain race is a stand out moment in Ben’s already stellar past 18 months, where he’s demonstrated that very hard work, dedication, focus and natural talent are a cocktail that when mixed correctly, can take you, quite literally to the highest peaks. Due to his recent brilliance, Yorkshire Champion Ben had earned an England call up for this famous race and wore the red and white vest with trepidation and pride, alongside his England team mates, the garlanded Rob Hope and Tom Adams. With internationals having travelled from all over Europe, the field was littered with the finest fell and mountain runners in the business. The race, which covers ten miles and over 3,000ft of ascent, is a speedy test over tricky loose rock terrain, and for Ben to come third behind two star Italians, a whisker shy of second placed Massimo Farcoz and only a minute or so behind race winner Emanule Manzi is a truly outstanding result and one that Ben can rightly cherish of the rest of his life.

But of course, no mention of Ben is complete without his pocket sized training buddy, Northern Ireland’s Gavin Mulholland who also ran like a demon to finish 11th – another brilliant result. Not far behind in 21st was Jason Williams, welding’s answer to Brendan Foster and another Calder runner who is having an eye-catching season. Captain Fantastic, the rejuvenated Helen Buchan continued her resurgence with an excellent run, to come in 308th overall.

The fine weather no doubt contributed to the very healthy numbers of both junior and senior runners congregating at the early 17th Century Packhorse Inn, for the annual Widdop Fell Race. The senior route is a tricky but fast route around the beautiful paths and tracks of Gorple and Widdop reservoirs, climbing back over Standing Stone Hill and Blake Dean to the pub. 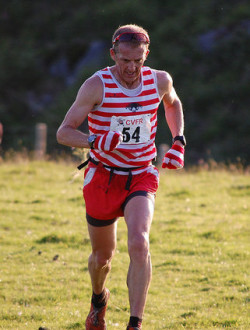 115 senior runners set off on a clear night, sunshine, but with a fairly cool wind. Conditions underfoot were relatively dry for Widdop and Darren Kay (Calder Valley) and Christian Holmes (Wharfedale) both shot off at the front to take on their own personal race. They were together until Darren seemed to find a technique of skimming across the very rough sections on Heptonstall Moor which Christian later said kept stopping him in his tracks. Darren then sped off to capture a course record by over a minute, with Christian also just inside Alex Whittem’s time from 2013. 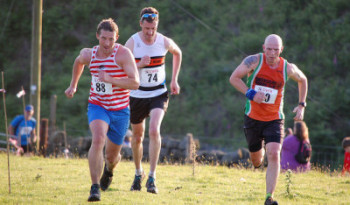 Special mention and thanks must go to Andy Clarke, perennial race organiser of the race but who is finally standing down after years of devoted service. Andy, a fine fell runner himself, said “It is my last year organising this beautiful Fell Race, but hopefully the amazing support I have always received from flaggers, marshalls, registration, results, the Packhorse Inn (Andrew and Jonathan), Yorkshire Water and, of course, runners, will continue for future years under Helen Buchan’s stewardship.”