Calder Valley’s fell runners headed north of the border last week and into Dumfriesshire to tackle the latest installment of the British Fell Running Championship. Awaiting them was the grueling Durisdeer fell race, squeezing over 4,000ft into just 9.1 miles and ensuring that calf and quad muscles were given a thorough Caledonian seeing to. 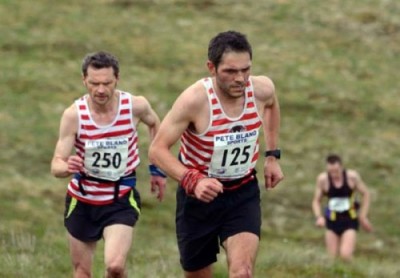 Over such steep terrain, the impish Gav Mulholland, perhaps Calder’s finest climber, comes into his own and can take great pride in his outstanding 6th place finish, crossing the line in tandem with the one and only Karl Gray.

Math Roberts, visibly jiggered by the whole assignment, carded a valiant 8th, and man of the moment Ben Mounsey trooped in in a 10th ensuring that yet again Calder’s ‘A’ men were right up there with the big boys. Tim Ellis continued to demonstrate his own consistency with an excellent 13th and all knew they had been in a right old scrap.

Old warhorses, Shaun Godsman and Darren Kay deserve special mention for competing under the cloud of injury, and fighting round to ensure that Calder’s V40s remained in the reckoning for overall gold. Although eye witness reports suggest that Shaun had rediscovered his mojo during the post-match celebrations.

For the ladies, Karon Forster again showcased her skill in the tougher races with a mighty impressive run in 2hrs 18 mins, with captain fantastic Helen Buchan showing that she’s well on the mend from an injury plagued season with a splendid 2:27.

On Sunday, more sedate proceedings were taking place at Norden over near Rochdale at the Knowl Hill fell race, part three of Rochdale Harrier’s popular 3 Day event comprising a road, trail and fell race. Calder Cannonball John Lloyd, running’s answer to Barry Hearne, took the spoils on the Friday by winning the road race with a trademark display, blasting out of the blocks up Edenfield Road and romping home in 35:37. A decent 4th place on Saturday’s trail race meant John was in with a shout of the overall win come Sunday’ fell installment. Rossendale’s Sam Tosh took Sunday’s crown with a blistering course record of 41:10 – an outstanding time over the demanding terrain of Knowl Hill. John came in 18th but can be pleased with his 3rd place overall over the three days.

Calder’s Andy Thorpe showed signs of a return to form in 9th, but perhaps run of the day came from Calder’s brilliant Gayle Sugden, who continues to stretch the superlatives in this stand out season she is having. Gayle was 2nd lady in 17th place and was only a couple of minutes behind renowned Holmfirth star, Katie Walshaw who was 8th. Next Calder lady was who else but Sally Newman, with yet another fine run to finish 4th lady. 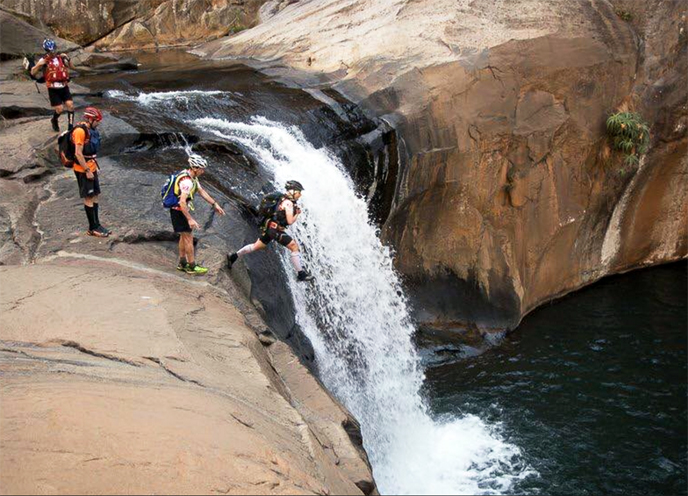 These two renowned map gurus were part of a team of four, ‘Endurance Life’ that came 7th, after 90 hours of non-stop trekking, kayaking, white-water rafting, mountain biking and caving. Navigating through dense bush often at night with basic maps proved challenging but the team were really pleased with their result among world class competition. The kayak section of the race had to be shortened at the last minute because of the dangers of hippos and crocodiles, something their pre-race training on the Rochdale Canal would have prepared them well for.

Also overseas, Calder’s star distance duo, Jackie Scarf and Barbara Lonsdale were competing in the  54k Scenic Trail, race close to Lugano on the Swiss/Italian border at the weekend. With dramatic scenery, high alpine pastures and refreshment stops at mountain refuges, it was a demanding race that stretched the 350 competitors who took part. Both finished well up the field, with Barbara and Jackie 16th and 18th lady respectively, in 9.14 and 9.38 hours.